Angelica was supposedly revealed to the 14th Century physician Mattheus Sylvaticus by the archangel as a medicinal plant, hence the common name of archangel and subsequent specific epithet archangelica given by Swedish botanist Carl Linnaeus. In the 17th Century the herbalist Nicholas Culpeper wrote '...some called this an herb of the Holy Ghost; others more moderate called it Angelica, because of its angelical virtues...' 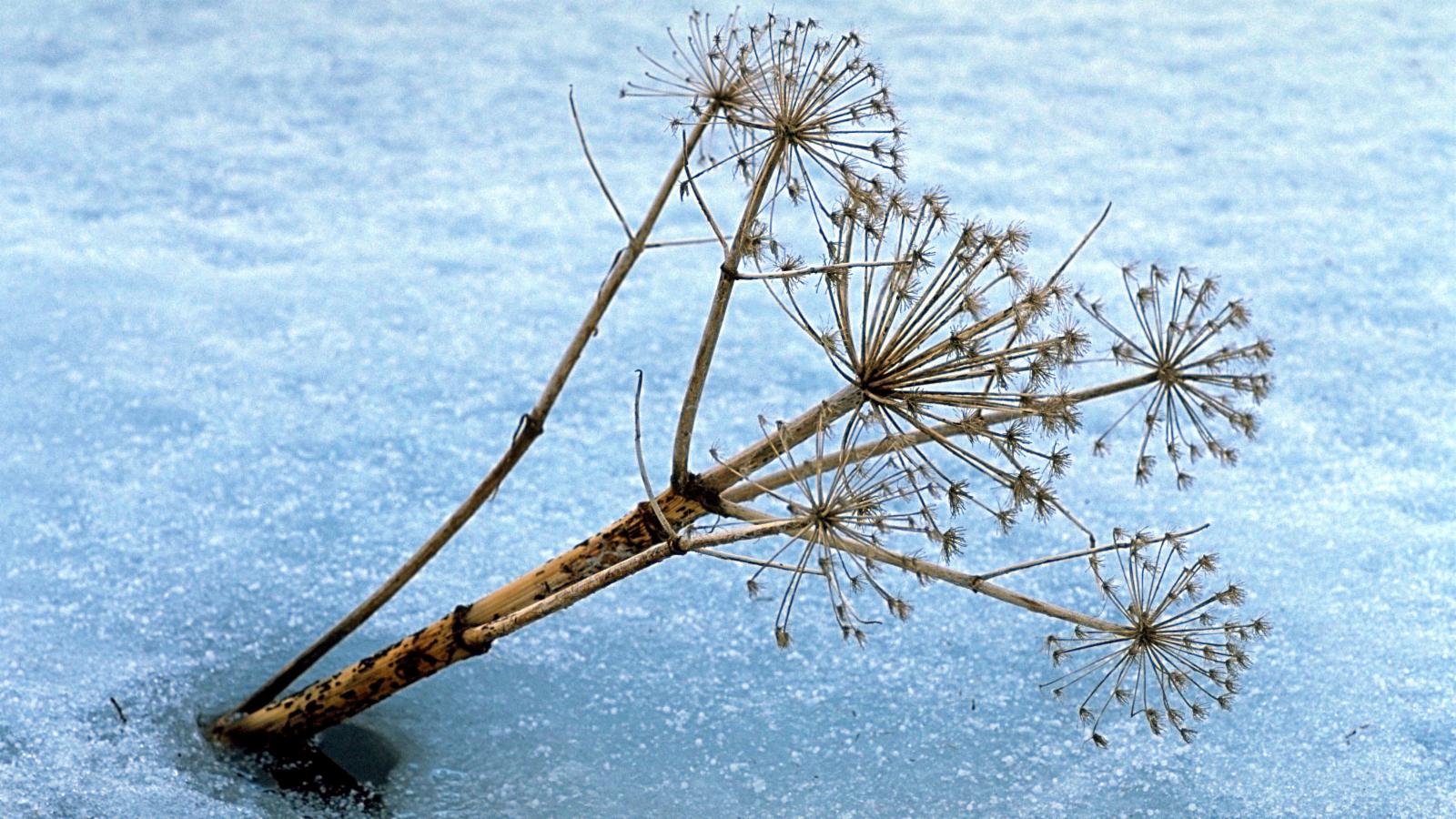 General Description
Well-known as a decoration for cakes and puddings, angelica is a tall, aromatic herb that has been cultivated since ancient times.

Angelica was supposedly revealed to the 14th Century physician Mattheus Sylvaticus by the archangel as a medicinal plant, hence the common name of archangel and subsequent specific epithet archangelica given by Swedish botanist Carl Linnaeus. In the 17th Century the herbalist Nicholas Culpeper wrote '...some called this an herb of the Holy Ghost; others more moderate called it Angelica, because of its angelical virtues...'

Angelica has a long history of cultivation for use as a medicine, flavouring agent and vegetable. As an ornamental, angelica is a striking herb, providing height and structure. Its stems were the inspiration for the fluted, Doric columns of Ancient Greece. The root was believed to protect against plague and other infectious diseases as well as easing the symptoms of a range of ailments.

Angelica archangelica is native to north and northeast Europe, Russia, Iceland, Greenland and the Himalayas. It is also widely cultivated and frequently naturalised in northern temperate regions, including the UK.

Overview: An aromatic, perennial herb that grows up to 2 m tall. It has a thick taproot and bright green, hollow stems, which are sometimes tinged with purple.

Leaves:  Up to 70 cm long with broad sheaths at the base. Divided into leaflets (2 or 3 pinnate).

Flowers: Borne in large, globose umbels 10-14 cm across. Each flower is very small (4 mm across) with white or greenish petals.

Fruits: Small, dry, straw-coloured schizocarps (fruits that split into portions known as mericarps) up to 9 mm long with prominent ridges. Each fruit splits into two mericarps (seed-containing portions), a characteristic of this plant family (Apiaceae).

Angelica is a hapaxanthic perennial, in that each year's growth dies back to ground level after flowering and fruiting, to be replaced by fresh growth the following year.

The most common commercial use of angelica today is for the candied stalks produced to create the familiar bright green confectionery used to decorate cakes and trifles. The art of candying is a speciality of the town of Niort in western France. Indeed, most of the angelica grown commercially for the confectionery trade comes from France.

The raw stems of angelica are eaten in Scandinavia as a traditional food. The cultivar Angelica archangelica 'Vossakvann', named after the Voss area in Norway where it is still grown today,was developed through selection for its sweet-tasting stalks. Leaf stalks can be blanched and eaten like celery, and the leaves can be candied.

Angelica is still eaten as a vegetable in Greenland and the Faeroe Islands. The stems and leaf stalks are often candied or cooked with rhubarb, while young flowerheads are eaten in omelettes or grilled.

The roots and seeds of angelica are used to flavour liqueurs such as Bénédictine and Chartreuse.

Three collections of Angelica archangelica seeds are held in Kew's Millennium Seed Bank based at Wakehurst in West Sussex.

Angelica can be seen growing in the Queen's Garden adjacent to Kew Palace and in the area adjacent to the Temple of Aeolus.

Angelica archangelica was one of the species that featured in the garden, which was awarded a Silver Medal.

Ecology
Damp places in lowland and mountain areas, especially alongside streams, rivers and seashores; growing in full sun or moderate shade.
Conservation
Not considered to be threatened.
Hazards

Angelica species contain furocoumarins, which increase skin photosensitivity and may cause dermatitis. 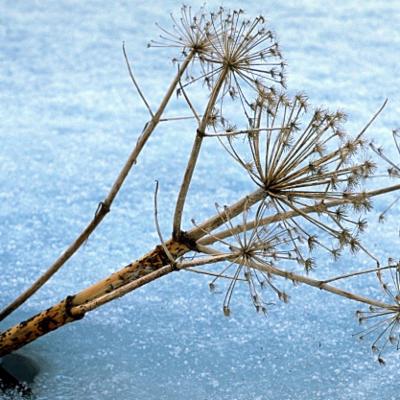 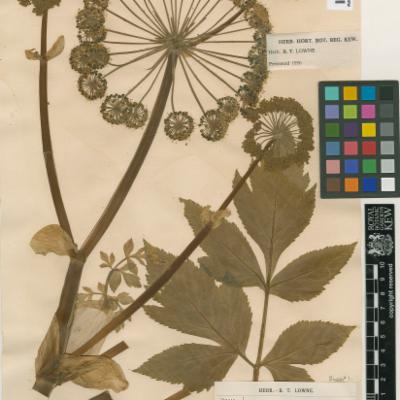 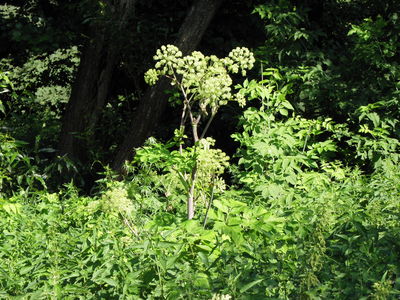 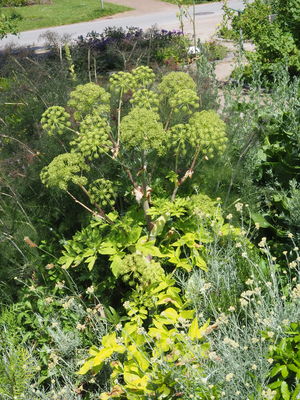 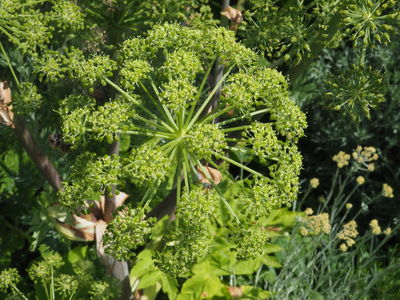 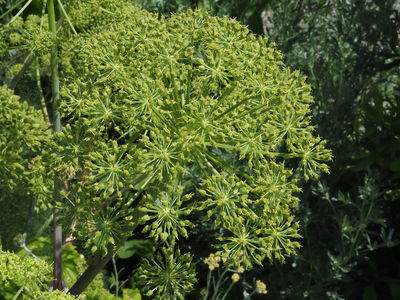 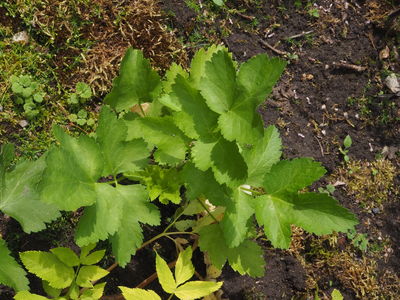 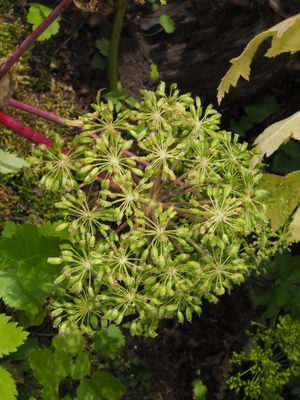 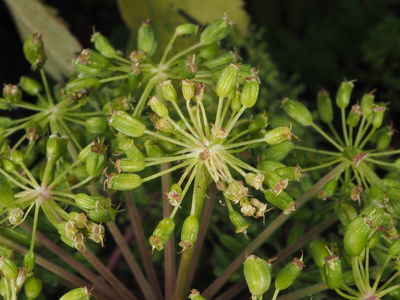 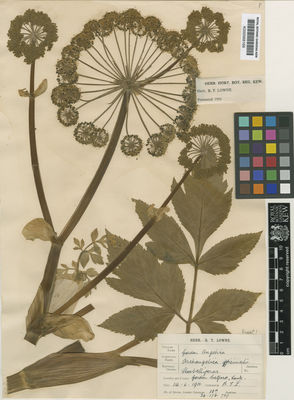 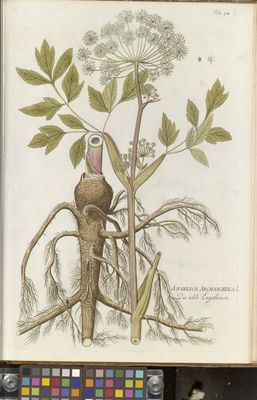 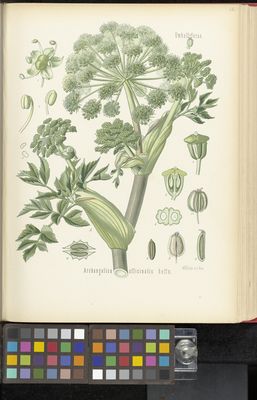