First published in Wiener Z. Kunst 3: 844 (1829)
This species is accepted
The native range of this species is Central & S. China. It is a tree and grows primarily in the temperate biome. 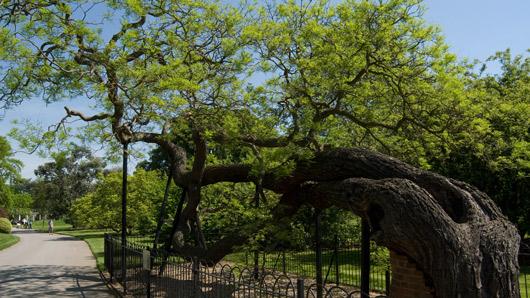 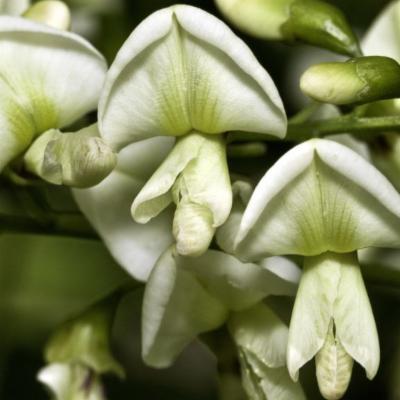 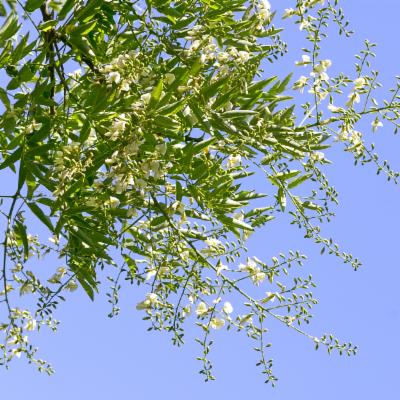 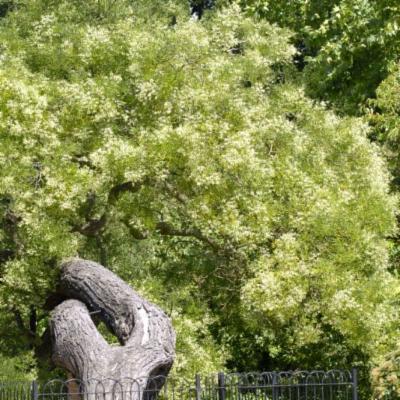 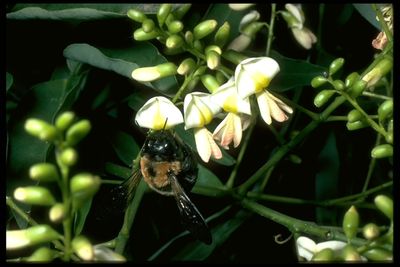 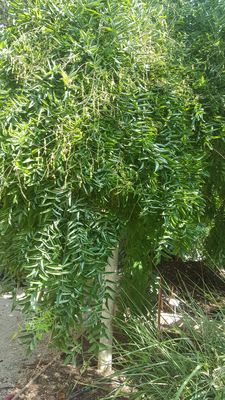 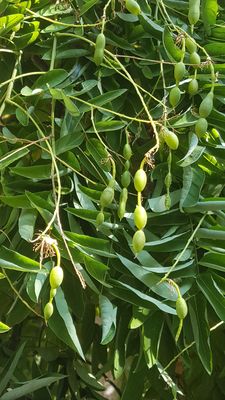 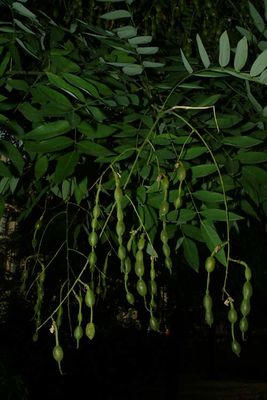 General Description
The pagoda tree was introduced to Britain in 1753 and Kew's own specimen is believed to date back to 1760.

Although its Latin name, Styphnolobium japonicum, implies that the pagoda tree is a Japanese plant, it is in fact native to China. The species was first described under the name Sophora japonica, based on cultivated material from Japan, and thus the choice of species name. It was introduced to Britain in 1753 by the famous nurseryman James Gordon, and it is believed that one old veteran specimen tree at Kew is one of an original five planted in the Gardens in 1760. They are thought to have been the first in the country. Collectively these original trees are known as Kew's 'Old Lions'.

Styphnolobium japonicum is used in traditional medicine in Asia, where the flower buds are used for their haemostatic and astringent properties. Despite their strong purgative properties, extracts of the leaves and fruits were once used in China to adulterate opium.

The pagoda tree is native to China but for a long time has been cultivated and naturalised in Japan, from where the species was originally described. Styphnolobium japonicum is widely cultivated elsewhere in the world, including in the UK.

Overview: Styphnolobium japonicum is a deciduous tree, 15-25 m tall, usually branching low down when growing in the open but capable of forming a tall, clean trunk. The bark of mature trees is grey and corrugated (similar to ash trees).

Leaves: The leaves are pinnate (divided like a feather) and composed of 7-17 ovate to oval leaflets.

Flowers: The creamy white flowers are about 1 cm long and held in showy clusters at the ends of branches.

Fruits: The hairless, necklace-like fruits are 3-12 cm long and 1-8-seeded.

Flowering of the pagoda tree

Styphnolobium japonicum apparently does not flower when young; flowering normally only commences when the tree is 30-40 years old. Old trees flower freely, especially after hot summers. Most flowers fall early to form a dense, white carpet on the ground. The pagoda tree at Kew usually flowers in September, whereas in its native China it flowers in August/September and fruits in October/November.

The pagoda tree's conservation status in China is not known; however the tree is widely cultivated and therefore the species is not threatened on a global basis.

The pagoda tree is grown as an ornamental and for its durable timber, which is used for furniture and construction. The leaves and flowers are edible but the pods are toxic. Yellow and grey dyes extracted from the pods have been used in the silk and batik industries.

The pagoda tree can be seen growing to the west of the Princess of Wales Conservatory at Kew.

Why call it the 'pagoda tree'?

The pagoda tree's common name probably arose because it was often planted in the grounds of Buddhist temples. Some of the original pagoda trees in the gardens at Kew were planted near to the Pagoda (built in 1761), presumably because of their Chinese origins and its common name. It is still popular as an ornamental, due to its showy inflorescences (flowering panicles) of creamy white flowers.

The leaves and flowers are edible but the pods are toxic.