Echinacea purpurea is a member of the daisy family (Compositae) or Asteraceae (APG III, 2009). The generic name comes from the Greek word for hedgehog (echinos) inspired by the spiky projections in the centre of its flower head in the seed stage. The specific epithet purpurea refers to the purple colour of the flowers. 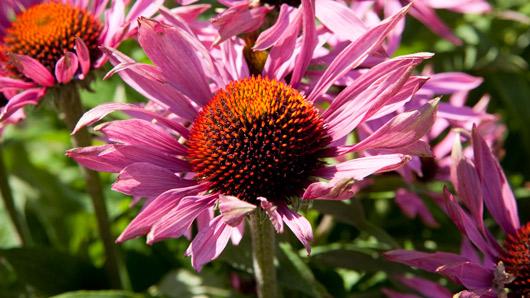 Echinacea purpurea is a member of the daisy family (Compositae) or Asteraceae (APG III, 2009). The generic name comes from the Greek word for hedgehog (echinos) inspired by the spiky projections in the centre of its flower head in the seed stage. The specific epithet purpurea refers to the purple colour of the flowers.

Echinacea purpurea was previously placed in the genus Rudbeckia, so appears in historical literature under the synonym Rudbeckia purpurea. Members of the genus Rudbeckia always have yellow or orange ray-florets (the outer parts of the flower head) whereas the ray-florets of Echinacea flowers are normally pink, purple or white. An exception is E. paradoxa variety paradoxa, which has yellow ray-florets. Selected hybrid lines of this species have bred to have yellow to orange-red flowers.

Cultivated as an ornamental in temperate areas, Echinacea purpurea is also grown for cut flowers by those who appreciate its large, late summer daisies with their prominent, orange cone.

Although the related species E. angustifolia was the most widely used medicinal plant by the Native Americans of the Great Plains, the rhizome of E. purpurea has also been employed in Native American medicine. European research on the effectiveness of Echinacea-containing products has primarily involved E. purpurea, and more than 800 products containing it (and to a lesser extent E. angustifolia) are marketed in Germany alone. Medicines made using Echinacea species have been shown to have antiviral effects and to stimulate the production of white blood-cells and are marketed as products to relieve the symptoms of colds and to aid wound-healing.

The fresh juice of the above-ground parts of E. purpurea has also been approved in Germany for use in restoring damaged tissue and for assisting the human body in fighting infection. Controversy remains over the effectiveness of Echinacea preparations in the treatment of upper respiratory tract infections, and research in this area continues.

Native to North America, Echinacea purpurea is distributed from the states of Georgia to Louisiana and Oklahoma and northwards to Virginia, Ohio, Michigan, Illinois, Iowa and Missouri. It inhabits rocky, open woodlands and prairies and is sometimes found on wetter soils adjacent to rivers and streams.

Overview: A perennial herb growing up to 1.8 m tall and bearing a rhizome (underground stem). Above ground it has rough stems, which often branch near the top and bear soft, short hairs.

Leaves:  Leaves arise from the base of the stem and are 15×10 cm with coarsely, irregularly toothed margins. Leaves arising from further up the stem are tapered towards their base.

Flowers:  The flower heads (capitula) are up to 15 cm in diameter. The central disc-florets are orange. The outer, sterile, ray-florets are red-purple with green tips and 3-8 cm long. The flowers are pollinated by flying insects, including bees, wasps and butterflies.

Fruits: The fruit is an achene (small, dry, thin-walled fruit).

The common name, coneflower, relates to the cone-shaped receptacle (the base of the flower head, bearing the florets).

How many species in the genus?

The most recent review of the genus Echinacea , by Binns et al . in 2002, follows the practice of 'lumping' (putting plants together in the same group despite minor variations) and only recognises four species. For example, E. angustifolia is not recognised at species level, but is instead considered to be a variety, E. pallida variety angustifolia . Many botanists consider McGregor's 1968 revision, which recognises nine species of Echinacea , to be more practical, and both the Flora of North America and this plant profile follow this scheme.

Although not assessed according to IUCN Red List criteria, Echinacea purpurea is considered to be 'critically imperilled' (according to NatureServe Conservation Status criteria) in Kansas, Florida and North Carolina. The main cause of population decline in these areas is thought to be loss of habitat.

A collection of Echinacea purpurea is held in Kew's Millennium Seed Bank based at Wakehurst in West Sussex.

A hardy plant for temperate gardens, Echinacea purpurea is a splendid subject for the open herbaceous border or can be grown for cut flowers. Plants do best when well spaced and benefit from additional soil moisture. They can be propagated by seed and division.

Echinacea purpurea can usually be seen growing in the Plant Family Beds and the borders around the Grass Garden at Kew.

Pressed and dried specimens of eastern purple coneflower are held in Kew's Herbarium, where they are available to researchers by appointment.

Preparations containing Echinacea species have a long history of safe use, but rarely some people may experience immediate allergic reactions of varying severity. 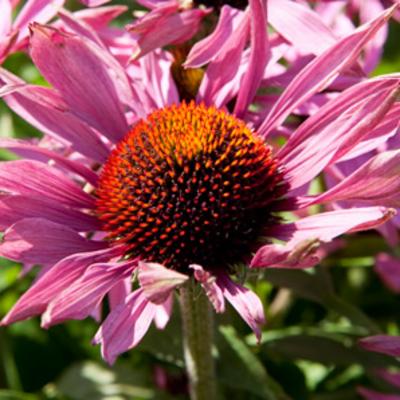 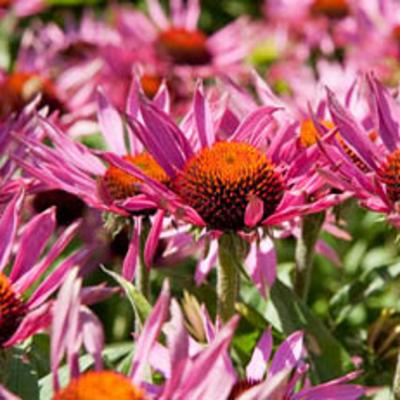 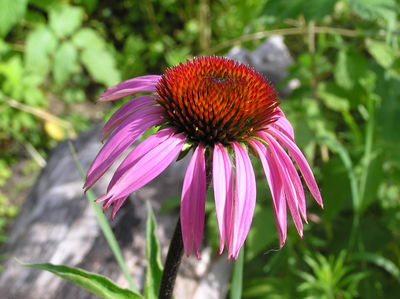 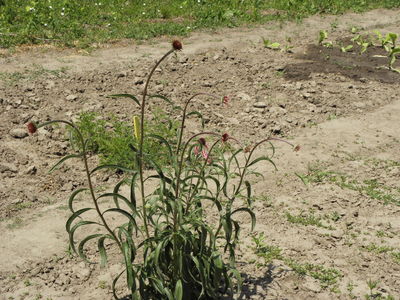 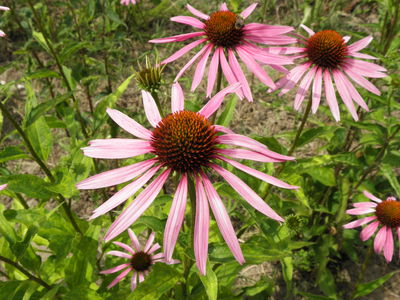 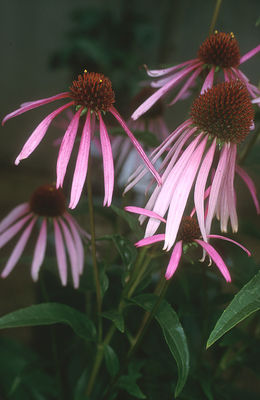 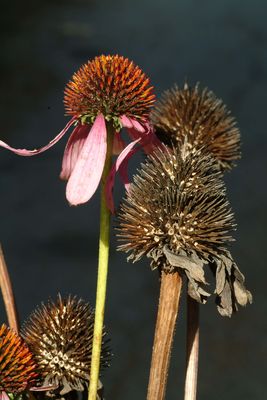 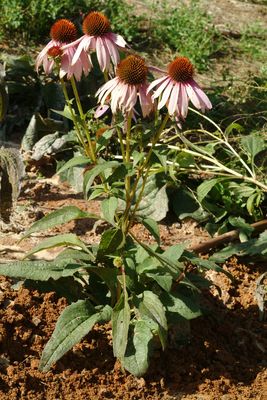 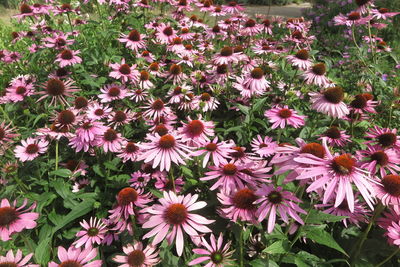 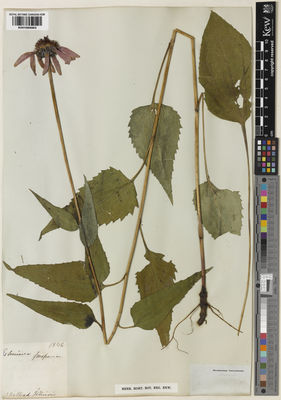 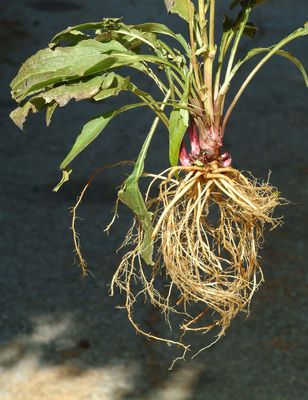