Although described somewhat disdainfully by Charles Darwin as a 'very ugly tree', many consider the Chilean wine palm (Jubaea chilensis) to be one of the most impressive palms in the world. The Chilean wine palm flowers from November to December with fruits ripening from January onwards. The lifespan of this species is not known but there are reports of large specimens in Chile living for several hundred years. 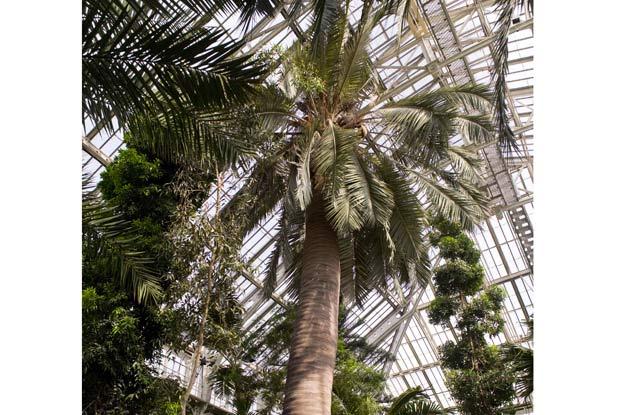 Although Darwin described the Chilean wine palm as a 'very ugly tree', many consider it to be one of the world's most magnificent palms. The Chilean wine palm flowers from November to December with fruits ripening from January onwards. The lifespan of this species is not known but there are reports of large specimens in Chile living for several hundred years.

The Chilean wine palm is native to Chile where it has the most southerly distribution of any palm in South America. It is widely cultivated in warm temperate regions of the world.

The immense dark-grey trunk of Jubaea chilensis grows to a vast height (up to 30 m), with a diameter of 1 m or more, and often has a swollen region though that generally tapers towards the crown. The dense crown supports between 40 and 50 green or blue grey, pinnate leaves, which on dying, fall cleanly to the ground rather than persisting on the stem. Borne amongst the leaves, the large inflorescences hang down and bear both male and female flowers. The spherical fruits are yellow or brown, and, like a mini-coconut, have a nut-like shell with three 'eyes' through which the root emerges at germination.

The sap from the Chilean wine palm can be fermented into a palm wine or, as is more common today, concentrated into a sweet syrup (palm honey) for culinary uses. In order to obtain the sap, the trunks are felled and the crown cut from the apex of the stem. The sap then drains out over a period lasting several months, sometimes yielding more than 300 litres. In addition to production of palm honey, the edible seeds are also harvested and the leaves are used to make baskets.

A collection of Jubaea chilensis seeds is held in Kew's Millennium Seed Bank based at Wakehurst in West Sussex.

Jubaea chilensis is widely cultivated in warm temperate regions of the world as a magnificent ornamental. Adventurous gardeners in the southern parts of the UK are also finding it relatively hardy.

An enormous specimen was grown in Kew's Temperate House. Raised from seed in 1846, it was widely believed to be the tallest glasshouse plant and certainly the largest palm under glass. Unfortunately it had to be removed as it outgrew its spot, but new specimens have been grown from the seed of this same tree.

Use
Production of palm honey. 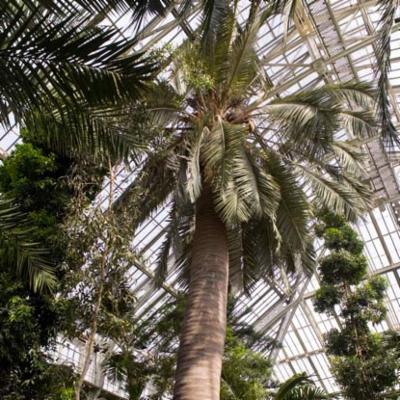 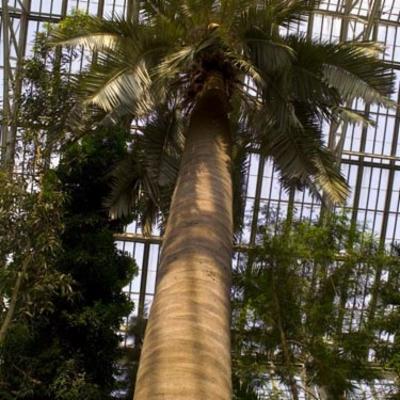 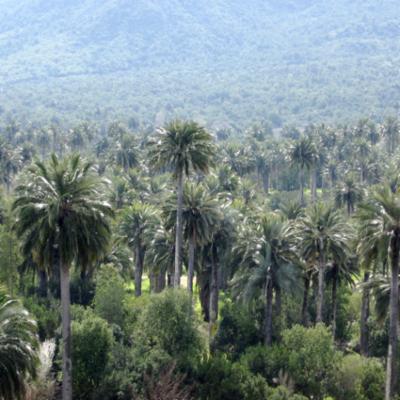 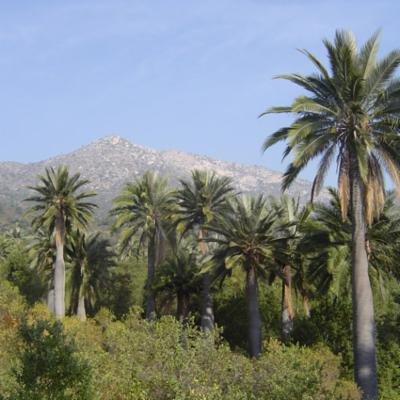 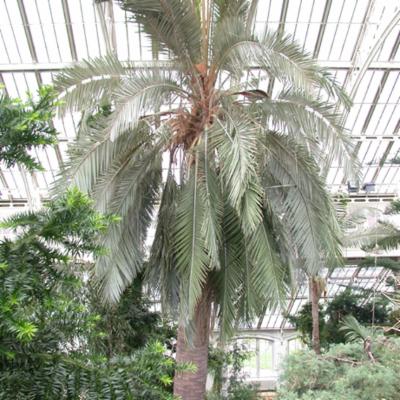 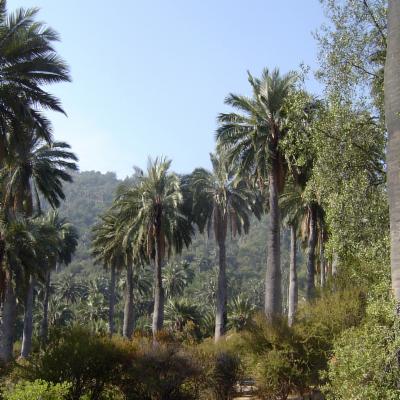 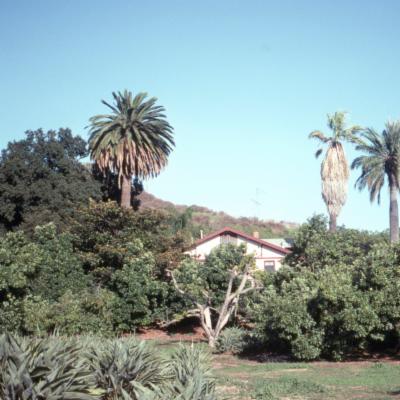 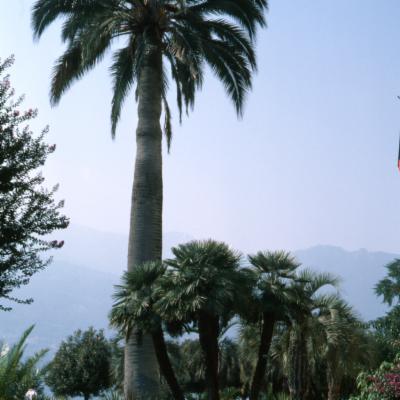 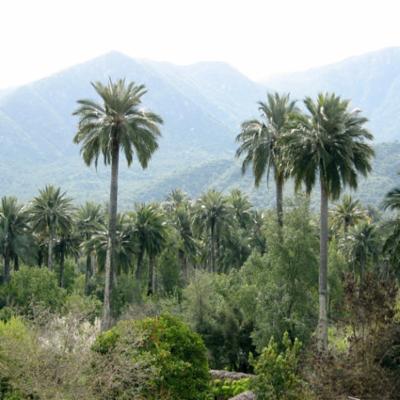 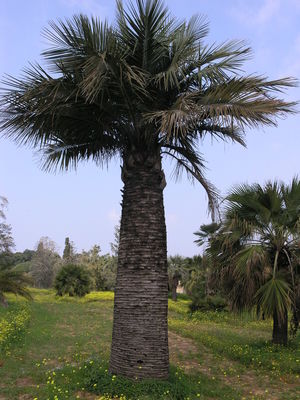