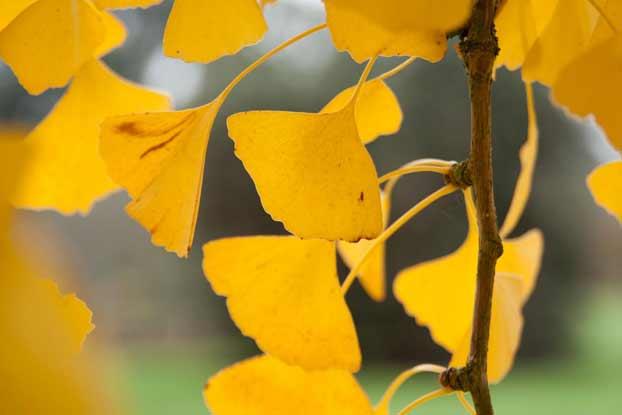 Conservation
Ginkgo biloba is rated as Endangered (EN) according to IUCN Red List criteria and has received a EDGE score of 4.89, which places it in position 2 on the EDGE Gymnosperm list. It has a Evolutionary Distinctiveness of 315, ranked 1. More information on the EDGE Gymnosperm project here https://www.edgeofexistence.org.

Maidenhair tree remains virtually unchanged today and represents the only living bridge between 'higher' and 'lower' plants (between ferns and conifers). Maidenhair trees can be extremely long-lived, the oldest recorded individual being 3,500 years old.

Ginkgo biloba is native to China, where the survival of wild trees is not secure. Examples can be found in China on Mount Xitianmu in the Zhejiang Province, but it is unclear whether these are the last truly wild trees or descendents from temple gardens.

The attractive maidenhair tree has been widely planted as an ornamental, and cultivated individuals exist around the world. Trees were traditionally planted in temple gardens in Japan and China, but today are popular in towns worldwide and are even farmed in plantations for their medicinal properties.

Overview: Trees reach up to 40 m in height and older individuals tend to have a more spreading appearance with irregular branches. The deeply fissured brown bark may appear cork-like in older individuals.

Leaves: The characteristic greenish-yellow leaves are fan-shaped and composed of two or more distinct lobes; the Latin species name biloba refers to this fact. The common name of maidenhair tree pertains to the similarity of the leaves to those of maidenhair ferns ( Adiantum species). In autumn, the leaves of Ginkgo biloba turn a beautiful golden hue before falling to the ground.

Seeds: It takes 20-35 years for maidenhair trees to reach maturity and start bearing seeds. Male and female trees are separate; male trees have pollen-producing catkins while female trees, once fertilised, bear rounded, yellowish seeds with a fleshy outer coat (resembling a plum in appearance). These fall to the ground in the autumn and as the seed coat decays it exudes a rancid butter-like smell.

This fascinating species grew in the gardens of temples in the East and the first seeds were brought to Europe in the 1700s. The decline of Ginkgo biloba in the wild (it is native only to China) is likely to have been a result of deforestation.

It is uncertain whether the maidenhair tree still persists in the wild and at present there are no conservation projects in place. Cultivated trees, however, are found throughout the world, and a multi-million dollar industry has cashed in on the medicinal properties of the leaves. As a result, it is likely that this ancient tree will stand the test of time.

Ginkgo biloba  has been used in Chinese traditional medicine for centuries. Today, it is also cultivated for use in Western medicine. The leaves are used in herbal remedies for cognitive complaints, such as Alzheimer's disease, dementia and vertigo. The phytochemistry and bioactivity of  Ginkgo biloba  have been the subject of extensive research.

Ginkgo biloba has a long history of cultural importance in Asia. Confucius was said to have given his teaching whilst sitting under a ginkgo tree, which is one of the reasons the species is revered in Chinese tradition.

It is planted as an ornamental or bonsai tree, or as a shade tree. Male trees are preferable due to the unpleasant smell of the flesh-coated seeds dropped by female trees. Despite the smell, these are a delicacy, hence the name 'silver apricot' in Chinese.

The seeds, known as ginkgo nuts, are eaten roasted or in birds' nest soup. The taste is said to be similar to that of a pine nut or sweet chestnut when baked. Ginkgotoxin (4'-O-methylpyridoxine), a constituent of the seeds, may cause poisoning unless the seeds are thoroughly cooked.

Male trees are usually selected for cultivation, as female ones bear strong-smelling flesh-coated seeds that some find repulsive. These rounded structures are fleshy and yellow, containing a large seed. At Kew the seeds are collected during the autumn for production of seedlings and for rootstocks for grafting. The seeds are prepared by removal of the flesh, and then by placing them in a cold store for stratification.

The seeds are sown into open gritty compost in the spring. Tony Hall, who manages this collection at Kew, reports that germination usually takes eight to ten weeks and is predictable, with a similar performance from all the seeds. Germination takes place in a cool greenhouse, kept frost free (at a minimum of 5 °C), in natural light. The seedlings are generally free from pests and diseases. They are planted out in the Arboretum Nursery field when large enough. This is usually the following spring. After two years the plants can be as tall as 1.5 m, at which point they are planted out into their final positions in the garden.

There is a fine collection of Ginkgo biloba cultivars in the areas around the Waterlily Pond and the Bamboo Garden at Kew. In 2009 Her Majesty the Queen planted one of the seedlings raised in the Arboretum Nursery near to the Orangery for Kew's 250th anniversary celebrations.

Perhaps the most well known tree of this species is the 'Old Lion' west of the Princess of Wales Conservatory. This was one of the first of this species to be planted in Britain, dating back to at least 1762 - less than 40 years after the first specimens had been introduced to Europe from China. It is one of the few trees at Kew remaining from the first botanic garden started by Princess Augusta, George III's mother, in 1759. Its hardiness was unknown, so it was planted against the wall of the Great Stove glasshouse for protection. This was subsequently demolished in 1861, which left the ginkgo standing alone.

This specimen is a multistemmed tree, probably due to the transplanting and moving early in its life which may have accounted for it losing its growing point. Past curators of the Gardens recall the tree being grown against the wall of the great stove where it 'was trained like a fruit tree'. Other instances of maidenhair trees being trained in this way have been reported. Several Ginkgo were planted at Kew in 1773 under the direction of Sir Joseph Banks.

In 2002 it became one of the 50 'Great British Trees' in a scheme run by the Tree Council to celebrate the Queen's Golden Jubilee.

Ginkgo biloba is being monitored as part of the IUCN Sampled Red List Index for Plants, which aims to produce conservation assessments for a representative sample of the world's plant species. This information will then be used to monitor trends in extinction risk and help focus conservation efforts where they are needed most.

Ginkgotoxin, a constituent of the seeds, may cause poisoning unless the seeds are thoroughly cooked. 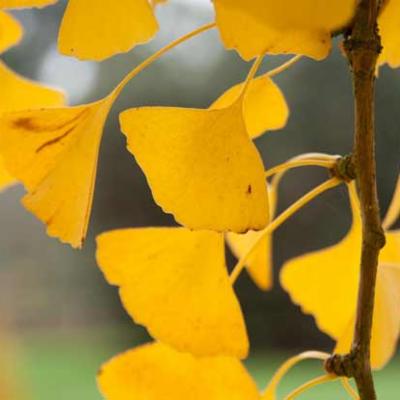 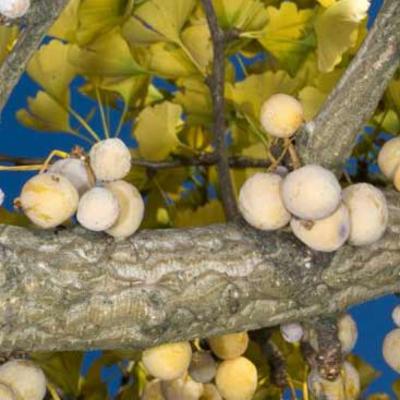 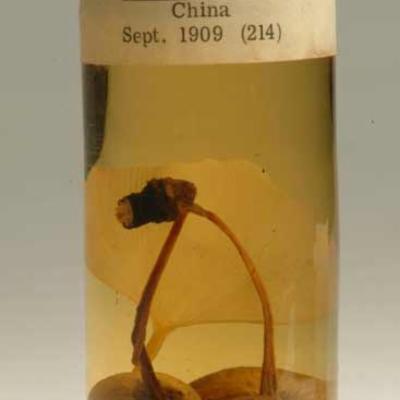 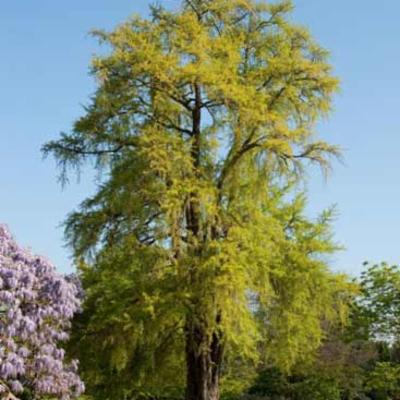 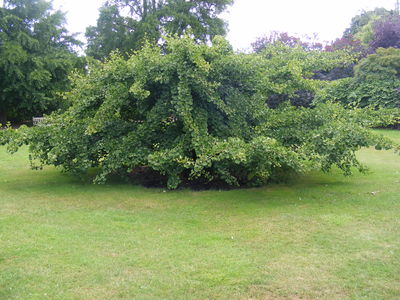 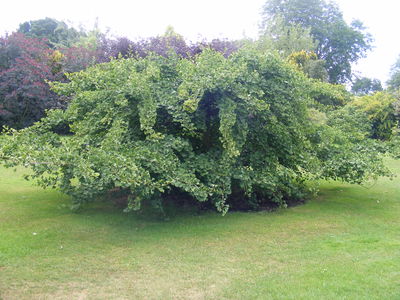 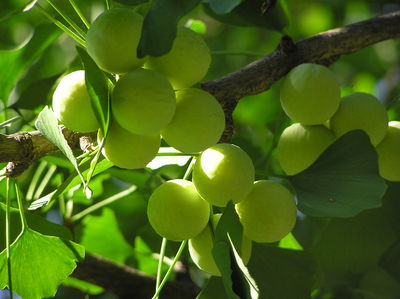 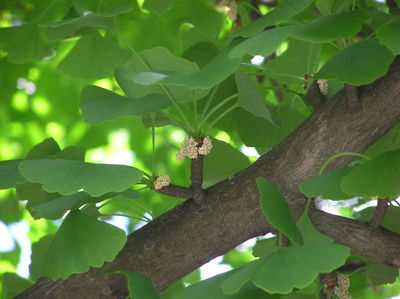 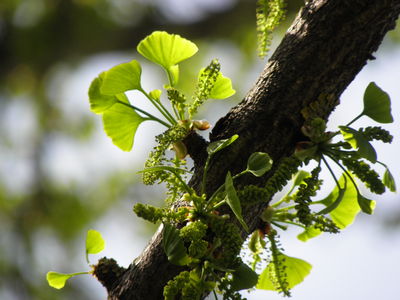 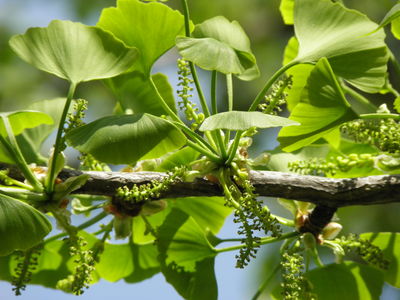 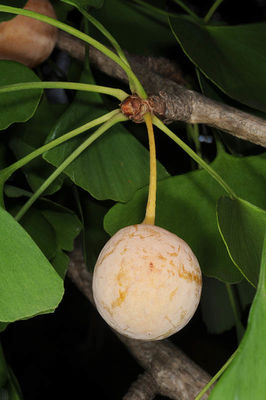 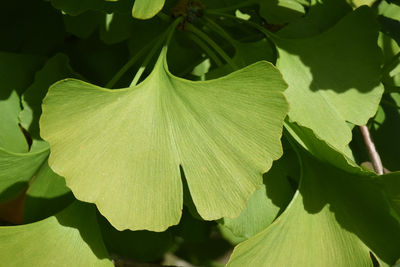 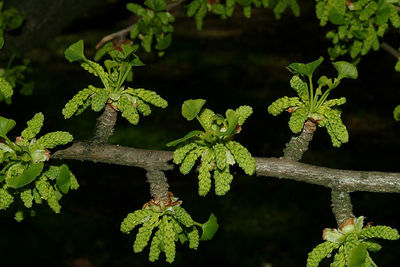 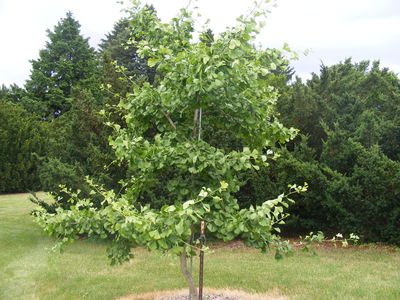 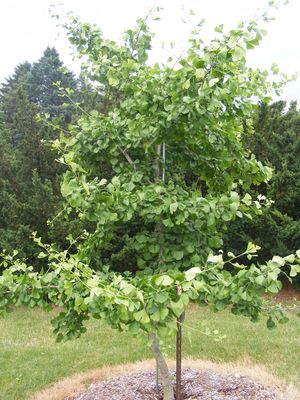 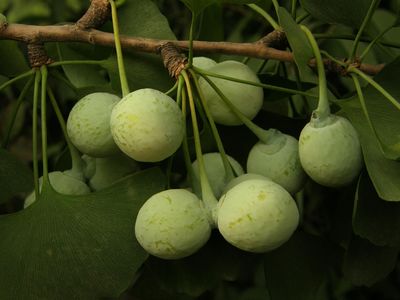 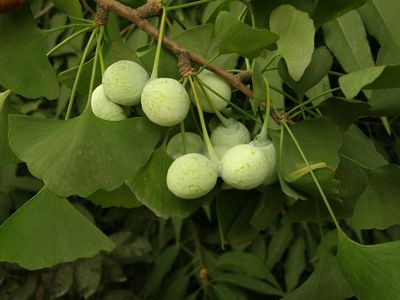 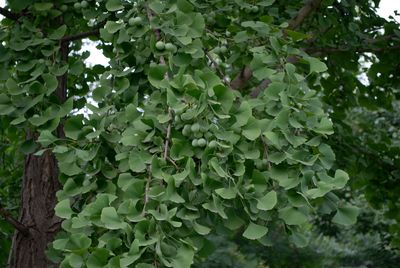 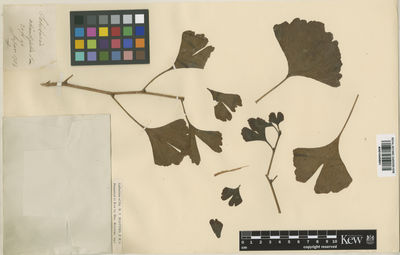 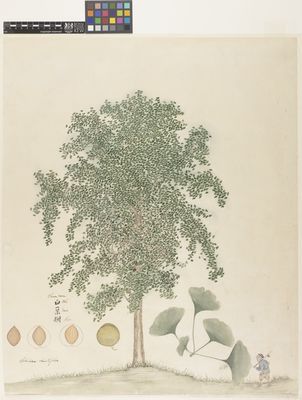