First published in Sp. Pl.: 997 (1753)
This species is accepted
The native range of this species is SE. Canada to Central & E. U.S.A. It is a tree and grows primarily in the temperate biome. 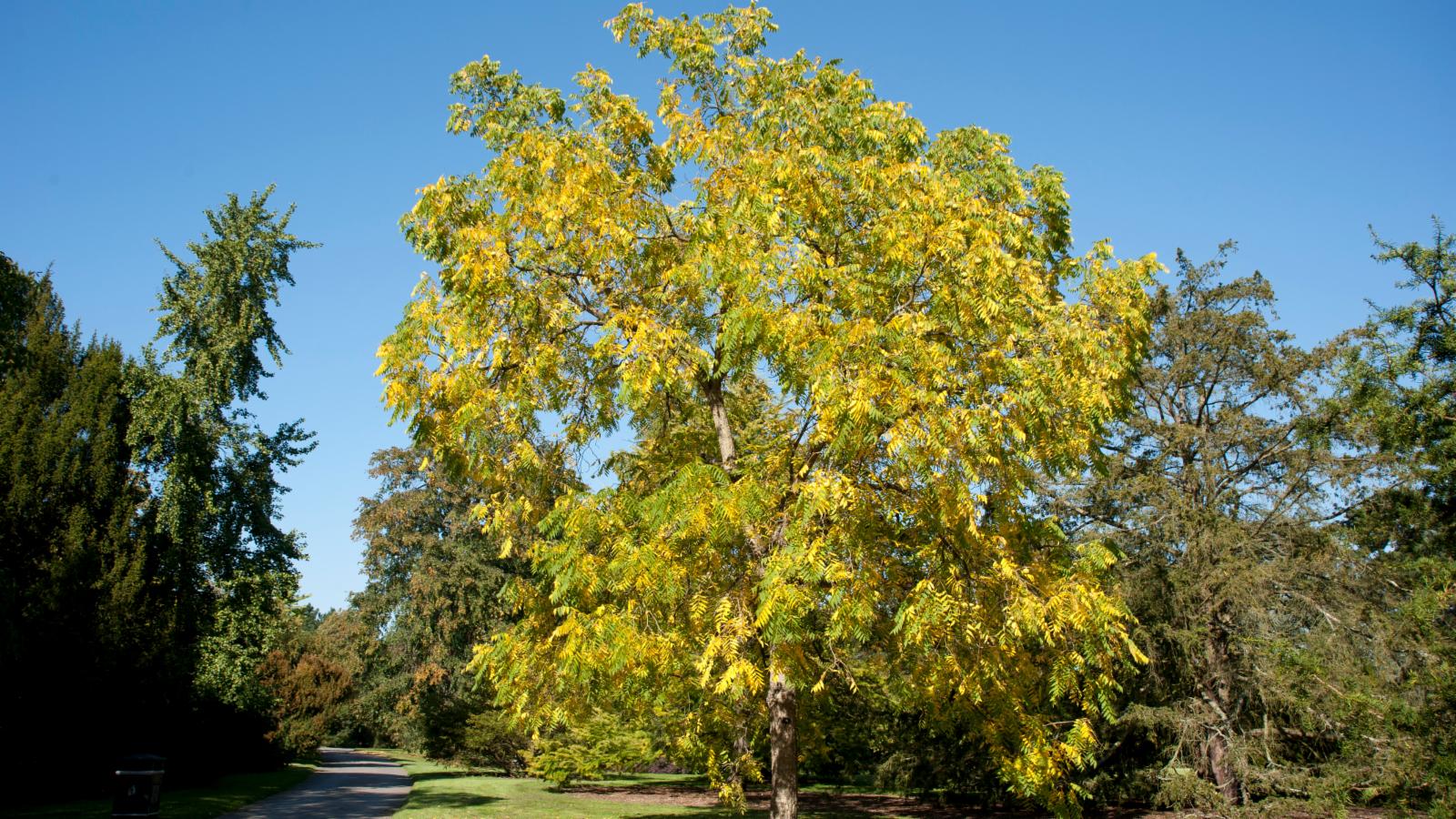 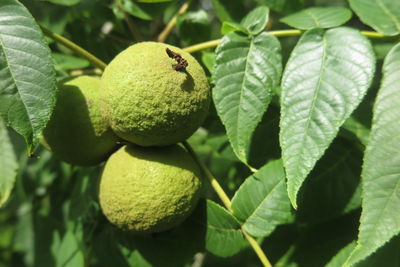 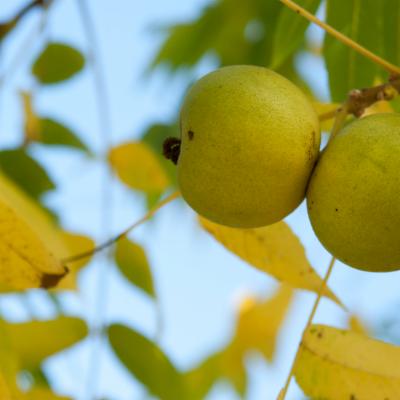 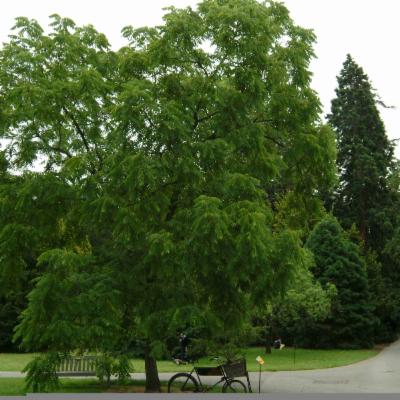 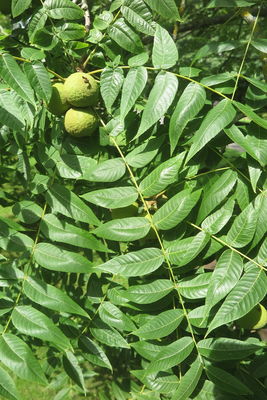 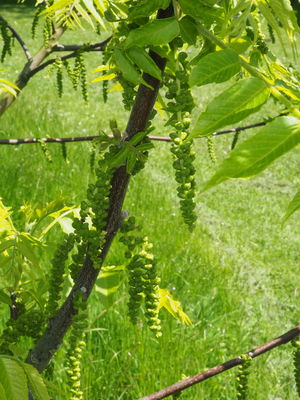 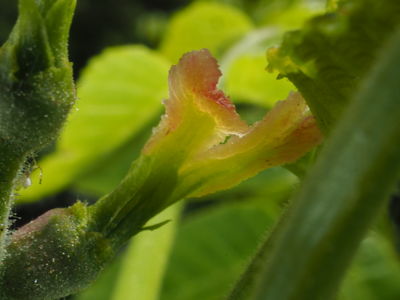 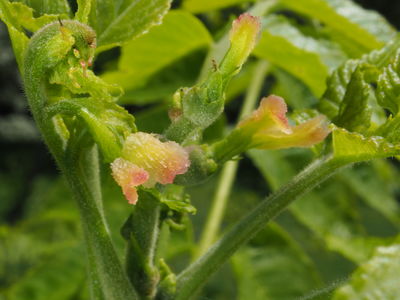 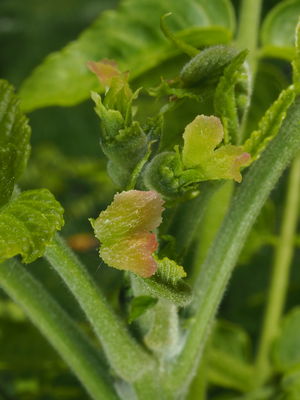 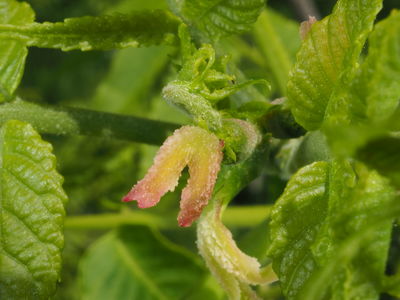 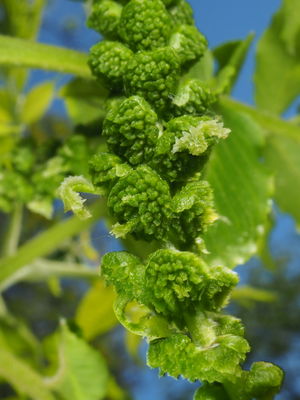 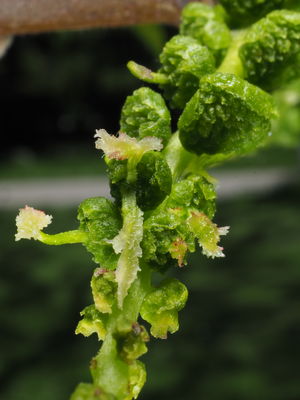 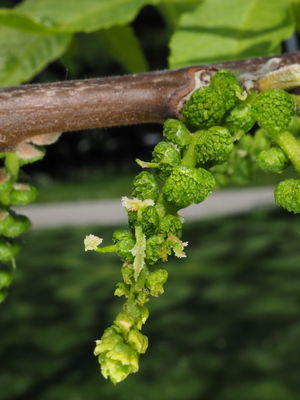 Black walnut gets its name from both its dark timber and dark brown to black bark. All walnut trees (Juglans species) produce edible seeds (known commonly as nuts), but those of black walnut are notoriously difficult to extract from their husks; it is the common walnut, Juglans regia, that is cultivated commercially for its nuts.

The leaves, bark and fruits of black walnut contain juglone, a red crystalline compound, which is known to be active against tobacco mosaic virus (a virus that causes an infectious disease in crops such as tobacco and tomatoes). When rubbed, the leaves of black walnut give off a strong aroma that most people find pleasant.

Black walnut is native to North America, where it is found in central and eastern USA (as far west as Texas and South Dakota) and eastern Canada, at up to 1,000 m above sea level. It is also naturalised in Central Europe.

A tree up to 50 m tall, black walnut has dark brown to black bark that is deeply split into narrow, rough ridges. This rapidly growing tree has a tall, straight trunk and a wide, spreading head. The pith (spongy tissue inside the twigs) is light brown and contains air chambers. Leaves are up to 60 cm long and are each divided into 9-23 leaflets with toothed margins and pointed tips. In contrast to the common walnut ( Juglans regia ), the terminal or end leaflet is usually small or missing.

Black walnut is monoecious, meaning that separate male and female flowers both grow on the same tree. Male catkins are 5-10 cm long and have 17-50 stamens (pollen bearing organs) per flower. Female flowers are borne on the end of stalks and once fertilised form fruits that ripen in October. Fruits are surrounded by a green, fleshy cover, are more or less spherical up to 8 cm in diameter and contain an almost spherical nut bearing deep, longitudinal grooves.

Black walnut timber is highly valued for its strength, density and ability to split without splintering. The dark heartwood has been used to make furniture, coffins and gunstocks (the wooden support to which the gun barrel is attached). During the First World War it was used to make aeroplane propellers.

Seeds are used in confectionery in North America, where they are prized for their aromatic, distinctive flavour.

Popular as a landscape tree for planting in open spaces, black walnut is particularly suitable for avenue plantings. It was introduced to Europe in the early 17th century and is now widely cultivated as an ornamental.

Roots of black walnut produce substances that appear to have toxic effects on a variety of plants, such as apples, some pines and Potentilla species, and hence these should not be planted near black walnuts.

Black walnut wood shavings in horse bedding have been reported to cause laminitis (a condition causing pain in the hooves of horses) in the USA.

A large black walnut can be seen growing at the south end of the Plant Family Beds at Kew.

Dried and spirit-preserved specimens of Juglans nigra are held in Kew's Herbarium, where they are available to researchers by appointment. The details of some of these can be seen online in the Herbarium Catalogue.

Specimens of the wood and nuts of black walnut, as well as a wooden bowl made from this species, are held in Kew's Economic Botany Collection in the Sir Joseph Banks Building, where they are available to researchers by appointment. Nutshell whistles made from black walnut can be seen on display in the Plants and People exhibition in Museum No. 1.