Cucurbita pepo has been cultivated for its edible fruits for thousands of years and remains a crop plant of great economic importance today. An extensive range of cultivars is available, including those grown to produce fruits for Halloween lanterns and pumpkin pies, courgettes (zucchinis), marrows, many types of squashes and ornamental gourds. It is important to note that the common names pumpkin and squash are used for more than one species of plant. For example the fruits of some cultivated forms of Cucurbita maxima, C. moschata and C. argyrosperma are also sometimes known as pumpkins and squashes. 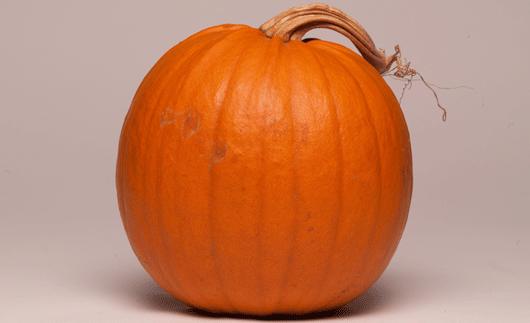 Cucurbita pepo has been cultivated for its edible fruits for thousands of years and remains a crop plant of great economic importance today. An extensive range of cultivars is available, including those grown to produce fruits for Halloween lanterns and pumpkin pies, courgettes (zucchinis), marrows, many types of squashes and ornamental gourds. It is important to note that the common names pumpkin and squash are used for more than one species of plant. For example the fruits of some cultivated forms of Cucurbita maxima, C. moschata and C. argyrosperma are also sometimes known as pumpkins and squashes.

They are mostly climbing or scrambling vines. Their leaves characteristically have three or more main veins originating from the same point. Most species have separate male (pollen-bearing) and female (seed-bearing) flowers on the same plant. Many of the wild species produce small, bitter fruits, whereas many of the domesticated varieties bear much larger, sweeter fruits.

Leaves: More or less round with five deep lobes and serrated edges. Solid dark green or yellow-green or with grey-green markings. Long leaf-stalks hold the leaf blades above flowers and fruits. Stems and leaves of many cultivars bear fine, glassy prickles.

Fruits: Extremely variable in size, shape, colour and texture. Fruit stems (peduncles) are not corky and are ridged all around, widening slightly at the base. Flesh is pulpy. Fruits of wild plants are normally bitter.

Seeds: Smooth, oval and flattened, with one end slightly more pointed than the other. Light to dark beige.

One of the oldest domesticated plants, Cucurbita pepo fragments have been recovered from archaeological sites in northern Mexico dated from 7,000 to 5,500 BC and southwestern USA from 610 AD. The edible fruits of this species were a part of the squash/beans/maize culture of pre-Columbian America.

Cucurbita pepo is a species of great economic importance, and mature and immature fruits, flowers and young leaves are used as vegetables. Cultivars such as C. pepo 'Connecticut Field' are grown commercially in immense quantities for making Halloween lanterns and pumpkin pies, in particular for the North American celebration of Thanksgiving (in late November). The large seeds (known as 'pumpkin nuts' or pepitas) are also edible and rich in zinc. Mature fruits are used as animal fodder.

Long used as a medicinal plant in Central and North America, sap and pulp are applied to burns, and seeds are used as a diuretic. Seeds have also been widely used as a de-worming treatment.

Edible pumpkins and squashes have been grown in India for centuries and India is now one of the biggest international producers of pumpkins. In Ayurvedic medicine, the fruit of Cucurbita pepo is considered to be cooling and astringent, consumed as a cure for thirst and fatigue, and used to purify the blood. Leaves are used as a painkiller, a treatment for nausea, and a boost to haemoglobin content of the blood. Seeds are considered to be nutritious, diuretic and effective against parasitic worms; they are also considered a cure for bronchitis and fever.

A stunning variety of ornamental gourds can be obtained from cultivars of Cucurbita pepo , including: smooth, pale and egg-shaped; bright orange with warty skin; 'crown of thorns' shaped; and curved and bright yellow with a deep green tip.

Three collections of Cucurbita pepo seeds are held in Kew's Millennium Seed Bank based at Wakehurst in West Sussex.

Seed should be sown during the spring in warm (16-24°C), humid conditions. For the best plants, a single seed should be sown in a small pot of peat-free, multipurpose compost. Most seeds will germinate within a few days, but cultivars that are harder to germinate should be gently heated from below.

Once they have germinated, seedlings should be moved to a frost-free cloche or glasshouse for growing on. The cooler the temperature, the better the plants will be, but it is important to remember that all pumpkins and squashes are susceptible to frost.

After the last frost, the ground should be warm enough to plant out the young, potted plants. Any good soil mixed with plenty of garden compost should provide ideal conditions for a good crop.

The plants should be spaced about one metre apart, although trailing varieties may need more room. Until the plants spread out and cover the ground, the rows should be kept weed-free with regular cultivation. Growth tips should be pinched out to restrict the size of the plant once the desired number of fruits has formed.

Regular watering is essential if large fruits are required. Reducing the number of fruits to one or two per plant will also ensure larger fruits. In early autumn, excess foliage should be removed to give the fruit a better chance of ripening in the autumn sun.

Cucurbita pepo can be seen growing in the Queen's Garden behind Kew Palace. During the summer and autumn months cucurbits are often found growing in the Order Beds and the side beds of the Waterlily House, Kew's hottest glasshouse.

Dried and alcohol-preserved specimens of Cucurbita pepo are held in Kew's Herbarium, where they are available to researchers by appointment. Details of some of these can be seen online in Kew's Herbarium Catalogue.

Specimens of Cucurbita pepo fruits, flowers, seeds and seed oil are held in Kew's Economic Botany Collection, where they are available to researchers by appointment.

Stems and leaves of many cultivars bear fine prickles.

Use
Cultivated for its edible fruits. 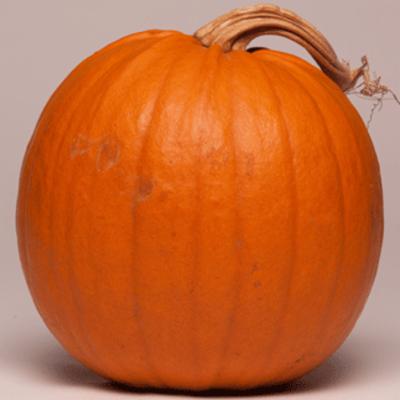 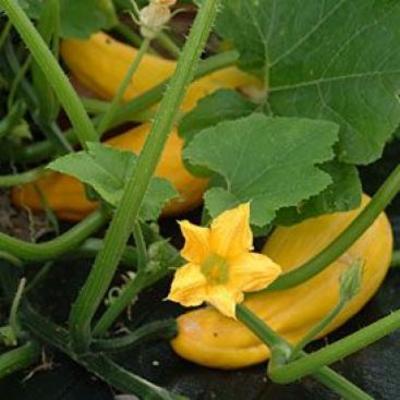 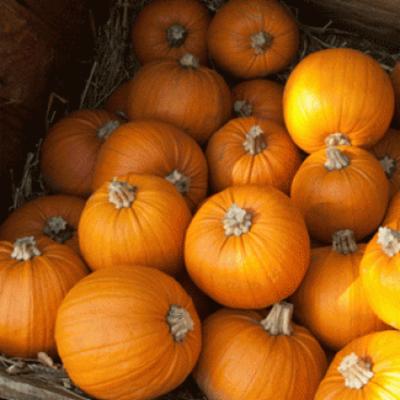 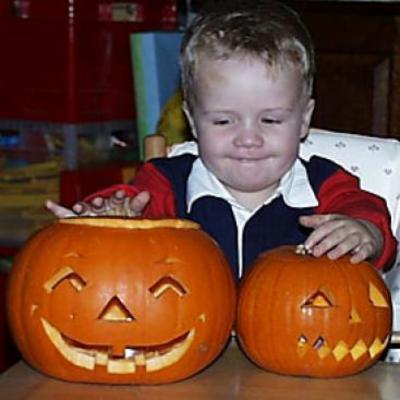 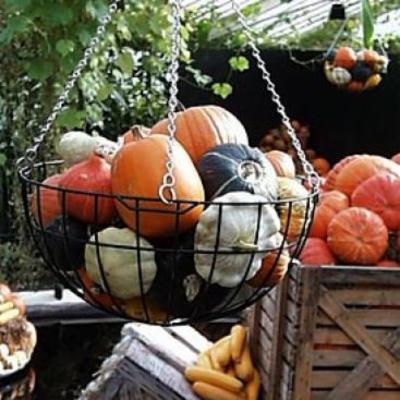 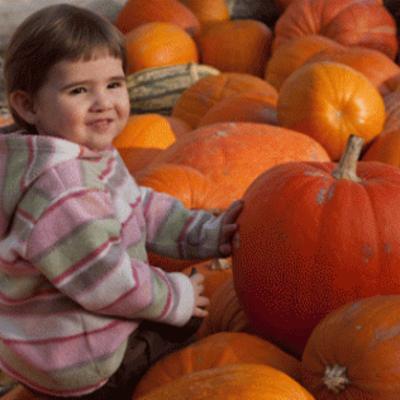 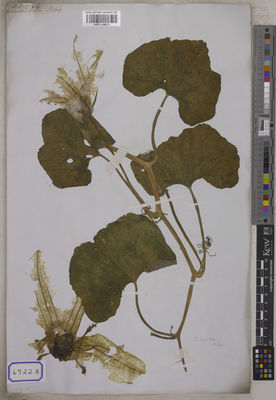 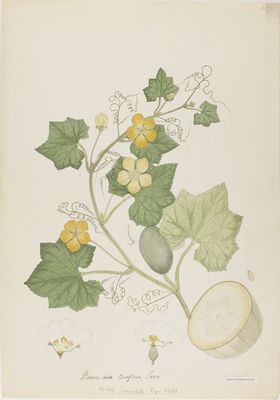 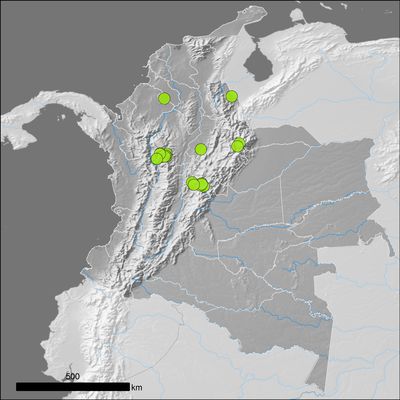