Roasted chestnuts are a well-known Christmas treat in Europe, and Castanea sativa is widely cultivated for these nuts. Sweet chestnut has a trunk that is often very wide for its height, and is also recognisable by its deeply grooved bark and the prickly fruits that contain the nuts. 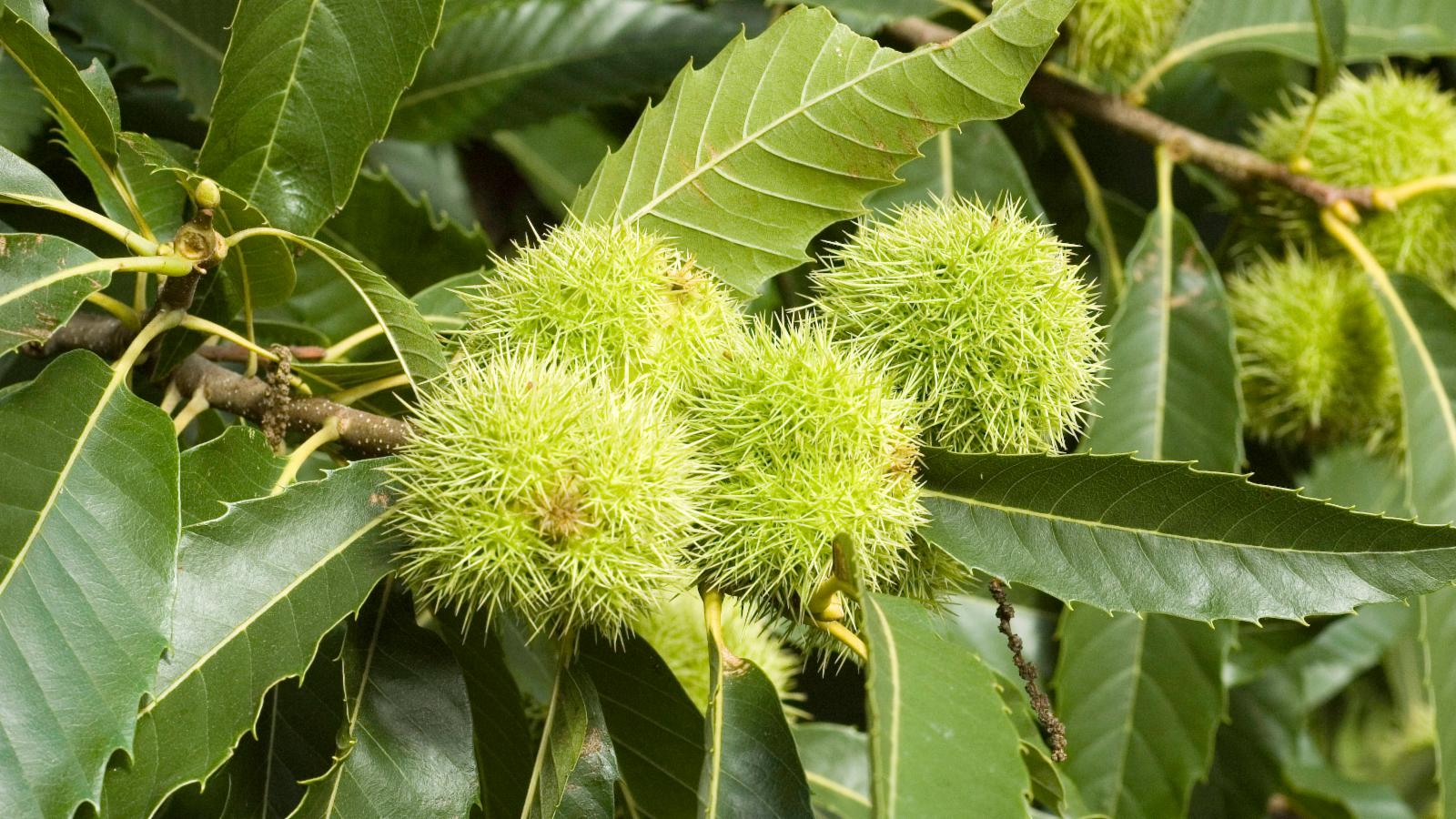 Roasted chestnuts are a well-known Christmas treat in Europe, and Castanea sativa is widely cultivated for these nuts. Sweet chestnut has a trunk that is often very wide for its height, and is also recognisable by its deeply grooved bark and the prickly fruits that contain the nuts.

The hardy nature of Castanea sativa means it still flourishes across large parts of central and western Europe, including Great Britain, where ancient specimens can be found. Ideally it needs a mild climate, as late spring and early autumn frosts can adversely affect flowering. In forests, the shade does not unduly affect its growth and nut harvest as long as it has sufficient moisture.

Sweet chestnut is native to the area stretching from the Balkan Peninsula to northern Iran, and is widely cultivated and naturalised elsewhere.

Overview:  A deciduous tree up to 35 m tall, with a trunk up to about 2 m in diameter. The bark often has a net-like pattern with deep grooves running up the trunk.

Fruits:  By autumn the female flowers develop into spiny protective husks called cupules. This prickly outer layer deters squirrels and other seed predators from getting to the nuts within them, before they are shed in October.

Castanea sativa  has been cultivated for over two thousand years for its edible starchy nuts. These chestnuts were once a staple food in Europe but are enjoyed merely as a delicacy today. Historically, chestnuts were ground into flour or coarse meal.

Chestnuts are nutritionally very similar to wheat except for a lack of the protein gluten, a binding agent, so baked goods made with chestnut flour tend to have holes or a crumbly texture. Chestnuts are still an important source of starch in parts of Europe, such as the island of Corsica where they are also used to brew beer.

Elsewhere in Europe, chestnuts are used in confectionery (most famously, marrons glacés from France), puddings and cakes. They are also used in savoury dishes and in poultry stuffing, especially at Christmas. Chestnuts roasted over a brazier are eaten as a winter street food in European cities.

The wood of  Castanea sativa  is durable and has been used to make furniture, barrels, fencing and roof beams. However, as it tends to split and warp, it is not usually used in large pieces requiring structural strength.

The leaves of sweet chestnut are used in herbal remedies for coughs, diarrhoea and rheumatism. The leaves are rich in tannins and possess antibacterial and antifungal properties.

Research has shown that  Castanea sativa  probably has allelopathic effects on other plant species growing nearby, that is, chemicals in the leaves that are released into the leaf litter of the forest floor inhibit the germination and the growth of other tree species' seedlings nearby.

Although most sweet chestnut trees are propagated from seed, a few selections with larger seeds are grown in Britain, especially the cultivar 'Marron de Lyon' which has very large nuts. Other ornamental cultivars are also grown, such as 'Albomarginata' which has variegated leaves.

At Kew, sweet chestnut is propagated from seed or by grafting. The seed quickly loses viability as it dries out. Seedlings are grown by sowing the fresh seeds directly into the Arboretum Nursery field. If sown there in the autumn, they germinate the following spring. The seedlings grow quickly, becoming small trees 35-50 cm high in one season. They are so sturdy that they rarely need staking when planted out. The trees are planted into the Natural Areas in order to be coppiced in the future. It is anticipated that the trees will be ready for the first cut in 15-20 years time. The timber will then be suitable for replacing post and rail fencing in the gardens.

To create rootstocks for grafting, seed is sown into pots kept in a frost-free glasshouse. An open gritty potting mix is used, and the seeds germinate in about 4-6 weeks.

Sweet chestnut thrives in Kew's well-drained sandy soil. As a result the trees tend to fruit well most years. During the spring young plants can be attacked by aphids, and these are controlled using Kew's integrated pest management system.

The sweet chestnut between the Stable Yard and the Lake is thought to be one of the oldest trees in the Gardens, dating back to the early 18th century, possibly late 17th. Sweet chestnuts were a favourite tree at the time and many were planted by the famous garden designer Charles Bridgeman, who is also credited with starting the English Landscape Movement.

There is evidence to suggest that this tree is a remnant of woodland plantings along the edge of the Kew estate and Love Lane, which divided the Kew and Richmond estates. There is another specimen which demonstrates clearly the spiralling effect on the trunk of pollarding at various stages of its life.

Distribution
Iraq, Turkey
Ecology
Woodland.
Conservation
Not assessed according to IUCN Red List criteria. Not considered to be threatened.
Hazards

Use
Food and drink, timber, medicine. 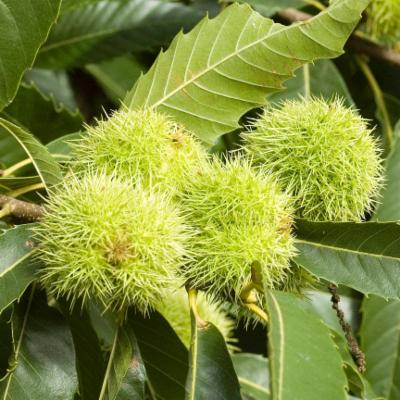 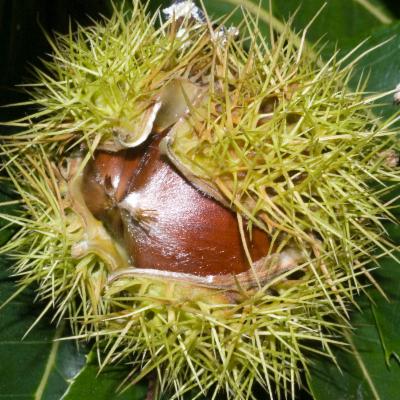 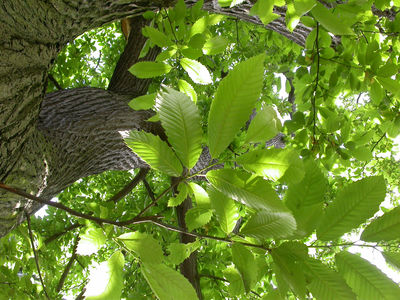 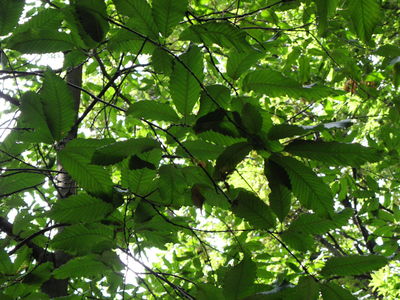 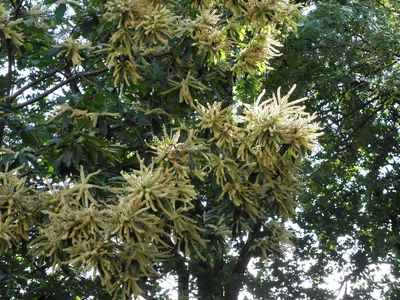 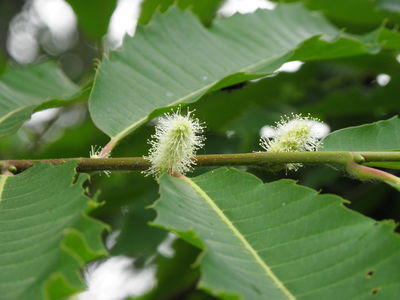 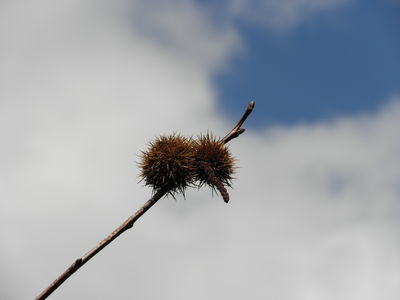 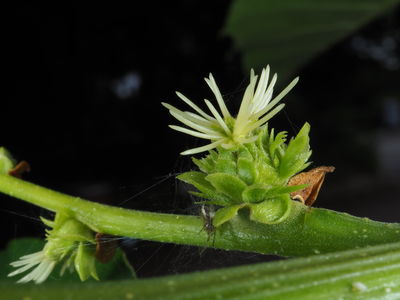 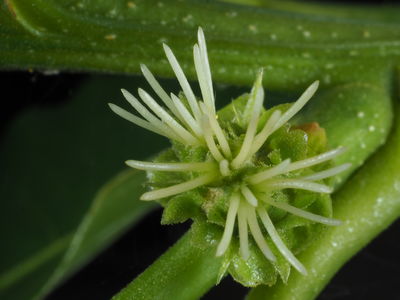 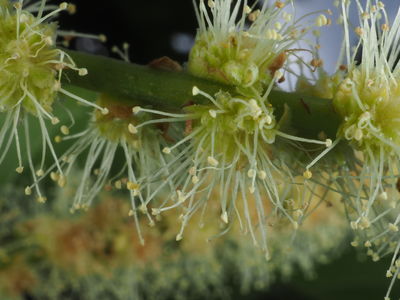 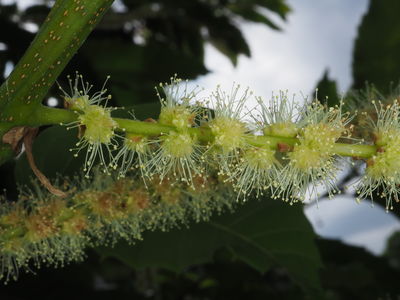 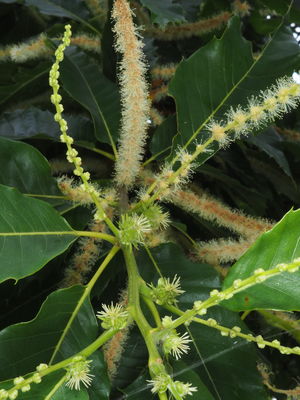 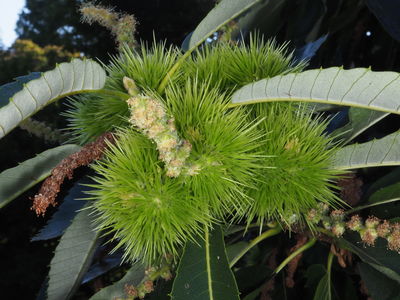 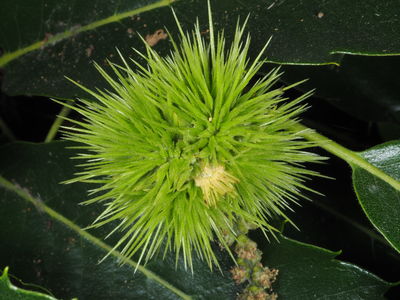 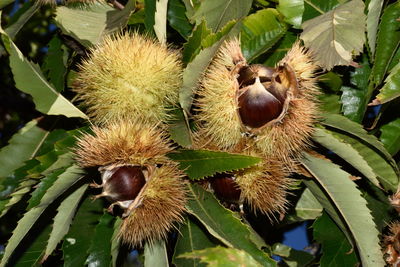 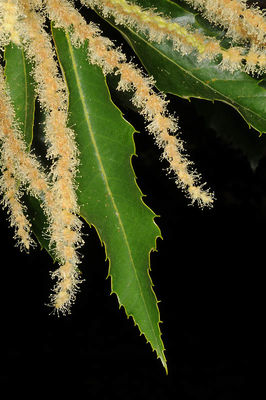 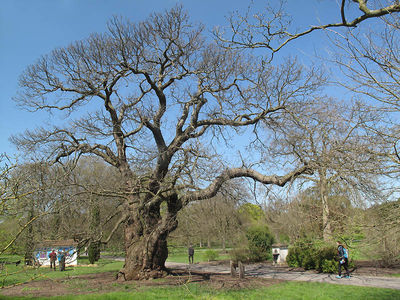 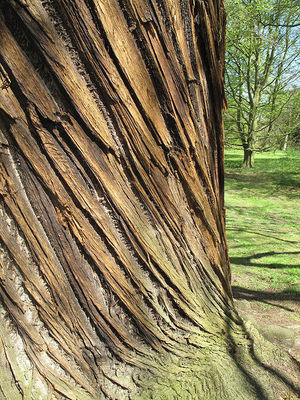 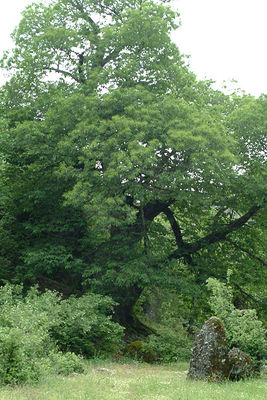 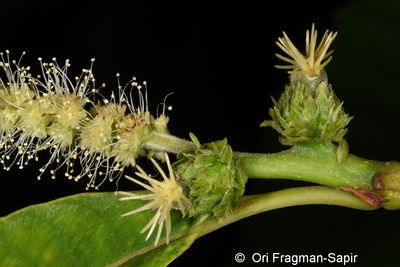 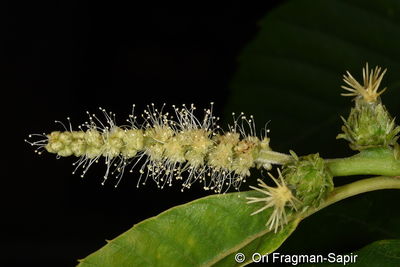 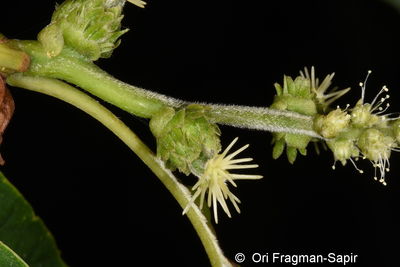 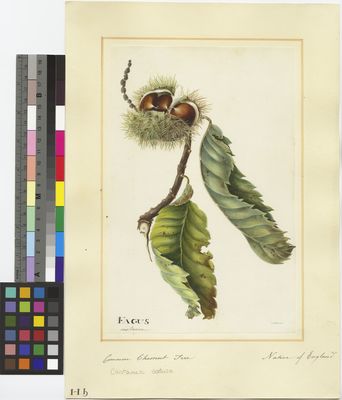