Copper beeches first appeared as mutants independently in different parts of Europe and were already known in Germany before 1488. Today this tree is planted extensively in parks and gardens, and whilst admired by some, others find the copper beech's dark purple leaves an unattractive and depressing addition to the landscape. 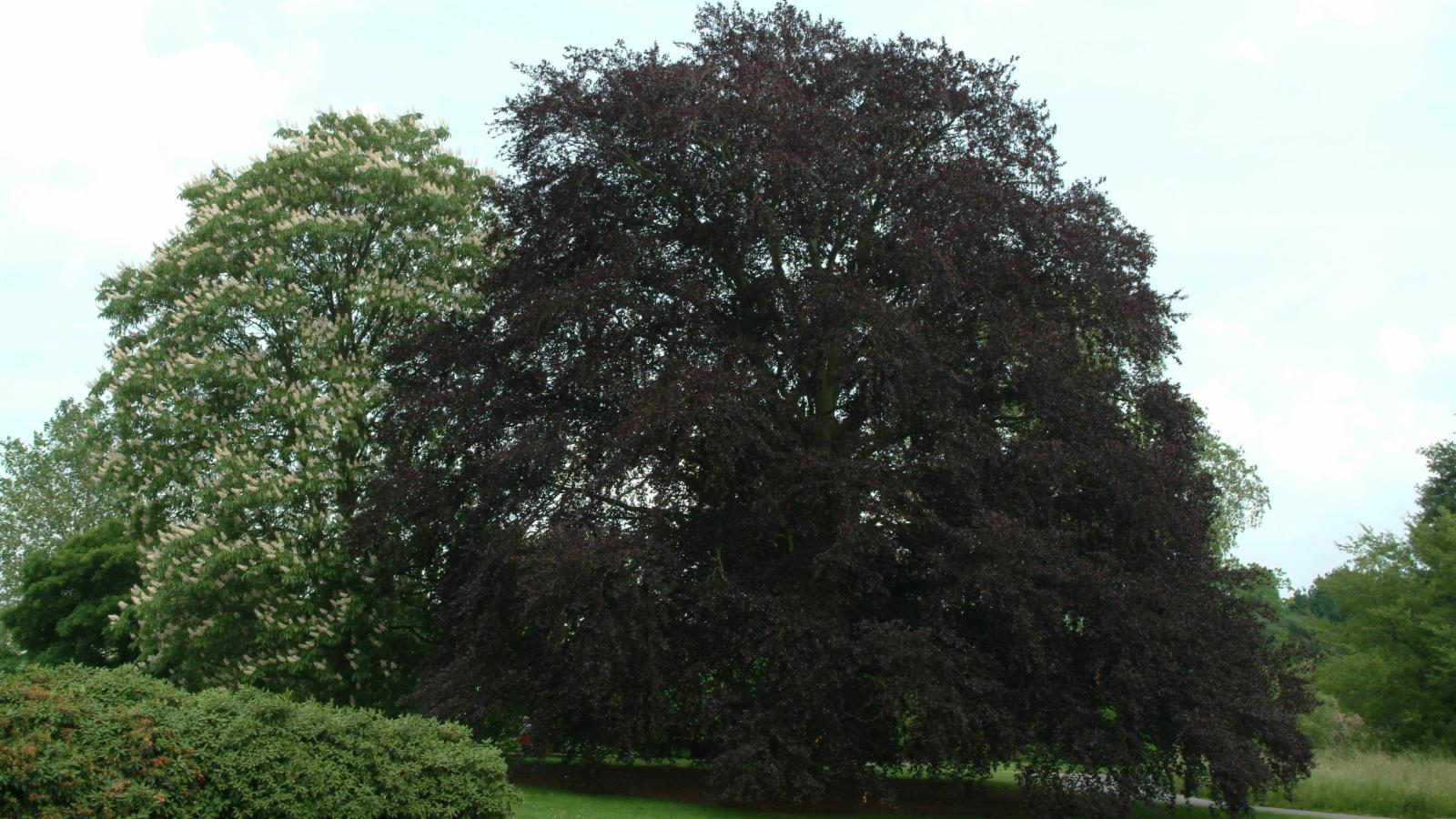 Copper beeches first appeared as mutants independently in different parts of Europe and were already known in Germany before 1488. Today this tree is planted extensively in parks and gardens, and whilst admired by some, others find the copper beech's dark purple leaves an unattractive and depressing addition to the landscape.

Fagus sylvatica is found throughout Europe, to the Caucasus.

The copper beech is a large tree that often grows on chalky soil. The inconspicuous flowers are pollinated by the wind and the fruits are three-sided nuts (called beech mast) inside spiky cases.

The size and shape of Fagus sylvatica depends on its environment. Given space, the beech will spread its branches widely and can grow up to a massive 42 m (140 ft) high. In tightly packed woods, the tree will grow straight, with few side branches, to reach the light. This becomes an even greater priority with time.

The arrangement of leaves is such that they overlap, which, while efficient for the tree, shades the ground beneath and can also prevent rain from reaching it. So if the floor of the English wood you're walking through comprises little more than fungi and rotting leaves, it's probably a beech wood.

Copper beech trees are quite variable in leaf colour as they are normally propagated by seed. Particularly dark clones have been selected over the years and those are grafted to maintain the true colour. The best-known are 'Cuprea', 'Nigra', 'Riversii' and 'Spaethiana'.

Beech, like hazel, has been used for centuries for its wood, specifically in making furniture. The Chiltern Hills in Buckinghamshire are home to large areas of beech woodlands and in the past, chairmakers, also known as 'bodgers', actually worked in the woods themselves. In 1887 a group of sport-minded furniture makers from High Wycombe, then the centre of the industry, founded Wycombe Wanderers Football Club. To this day, the team's nickname is 'The Chairboys'.

Beech timber is ideal for chairs as it bends without breaking, has a fine grain and is relatively free of knots. Beech has a history of being pollarded. Pollarding is the practice of removing all the branches to stimulate the growth of new, smaller shoots. At Burnham Beeches, for example, beeches were historically pollarded as a source of fuelwood, amongst other uses.

Beech tends not to be used for building as it decays quickly without protection and is not strong enough to bear any great weight.

In addition to the utility of its timber, beech also provides nourishment for wildlife in the form of nuts, also known as beech mast. A bumper crop of these nuts is produced every four to five years when badgers, squirrels and many birds feast on them. Although edible they are rarely eaten by humans. Very young leaves are also edible.

The beech is easily cultivated, though slow-growing at first. It needs a lot of room as it can get very large. The tree is shallow-rooted so it is best to choose a sheltered spot to avoid it being blown over. The bark is very sensitive to sunlight and old trunks that suddenly become exposed to the sun (for example by the felling of surrounding trees or raising of the canopy) will get sunburn, which may cause the tree to die.

Leaves of Fagus sylvatica in autumn

At Kew, beeches are propagated by grafting in order to retain genetic material from important old trees in the gardens, or to grow cultivars such as copper beeches. Root stocks for grafting are grown in the Arboretum Nursery by sowing seed. The seed is not viable for long and so needs to be sown as soon as it is ripe. If sown in the autumn it will germinate the following spring. The seed is either sown directly into the nursery field (with wire mesh protection from mice and squirrels) or into 12-litre pots, kept frost-free under glass, with plenty of natural light. Tony Hall, who manages this collection, says that when the seedlings emerge they look like miniature forests, but that this is the ideal way to create root stock material.

Grafting is done in January with the unions warmed by a hot pipe system. The pipe temperature is kept at around 21˚C whilst the rootstock below is kept cooler at around 5 to 10˚C. The buds are sprayed once a day to keep them moist. Using this method it takes about two to three weeks for the union to form a callus. After this the new plants are grown on in their pots for a season, and then transplanted into the nursery field for growing on.

Although rarely used, cuttings from newly emerged shoots can be easily rooted under mist.

Mature trees generally do well in the Gardens as they like Kew's sandy soil. However, beeches benefit from summer rainfall and like moisture and high humidity, so in recent years they have been showing signs of stress. 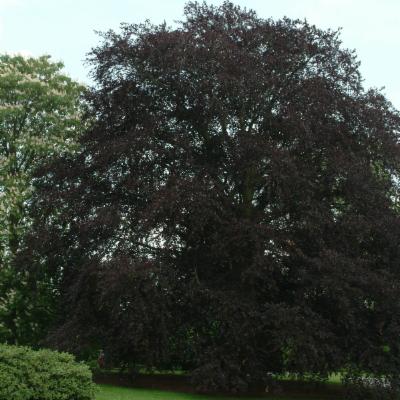 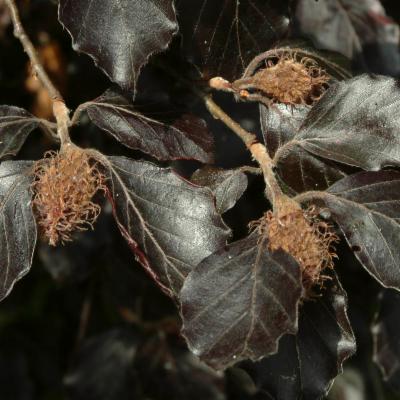 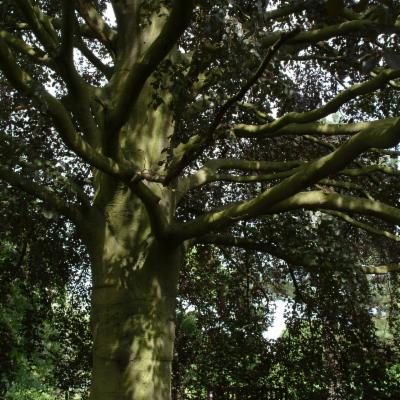 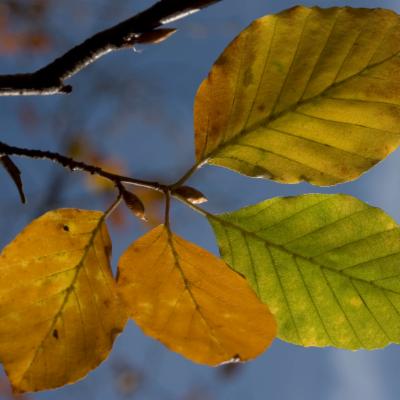 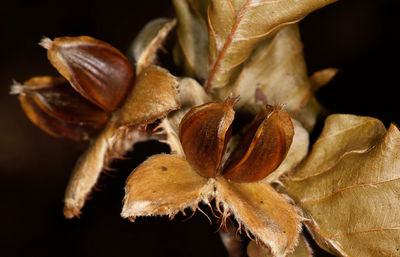 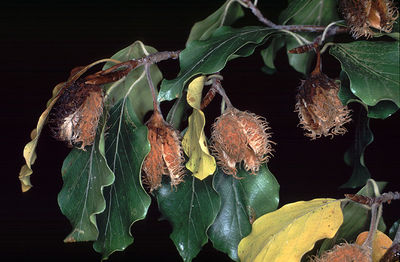 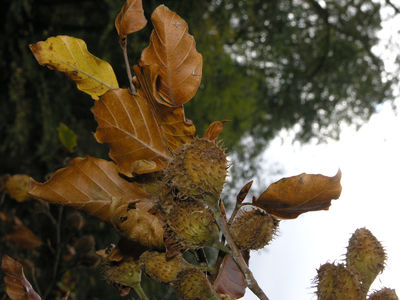 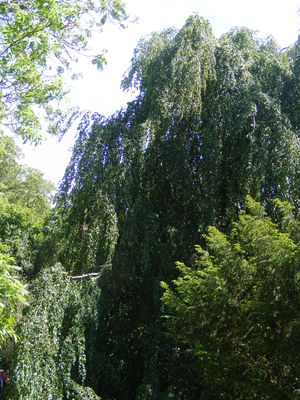 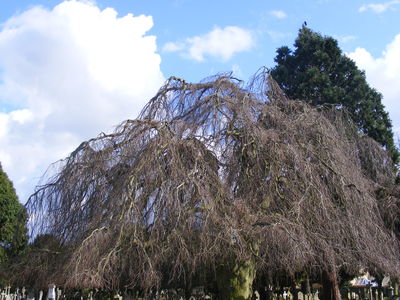 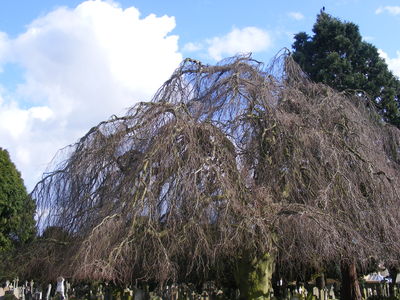 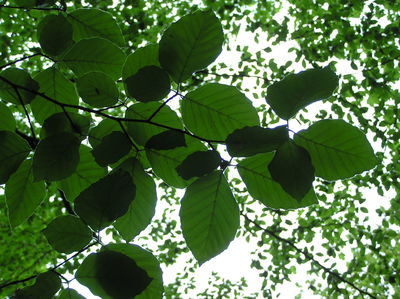 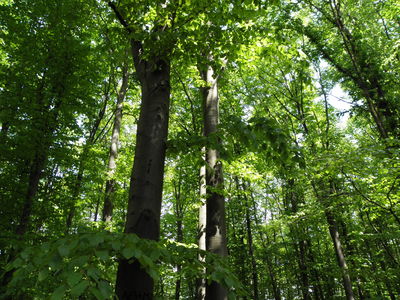 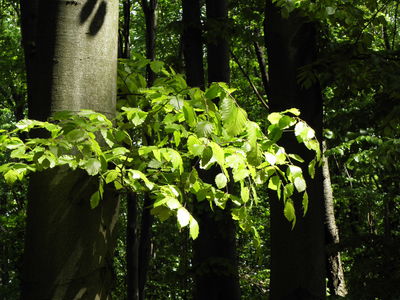 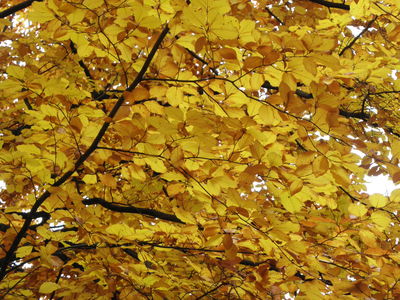 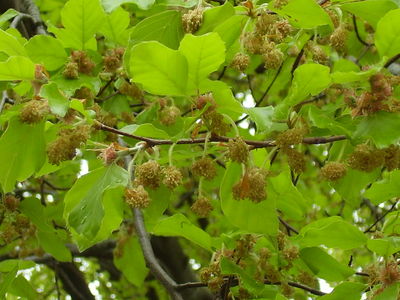 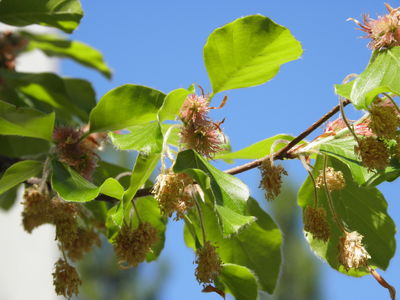 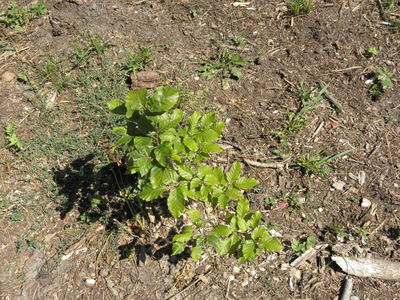 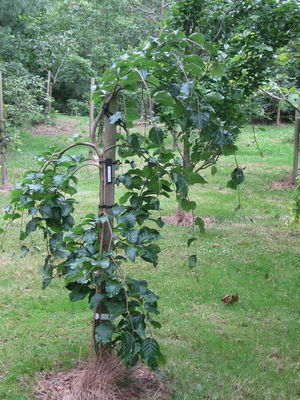 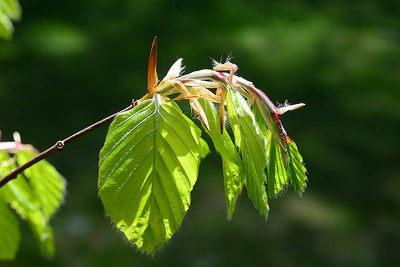 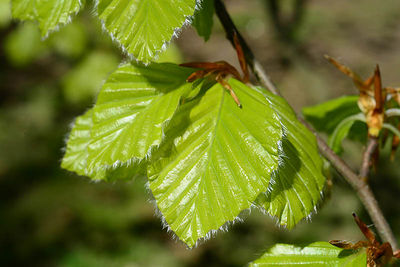 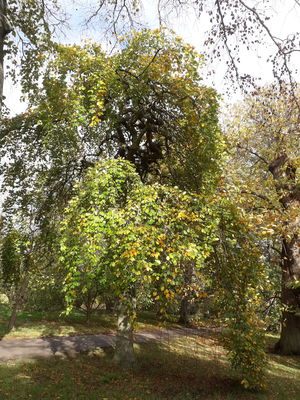 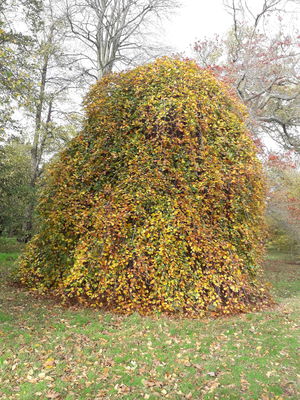 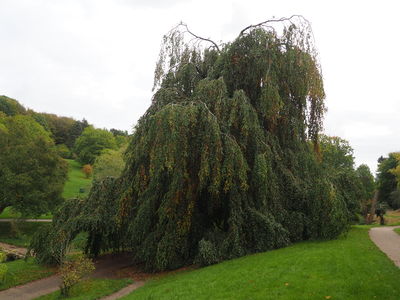 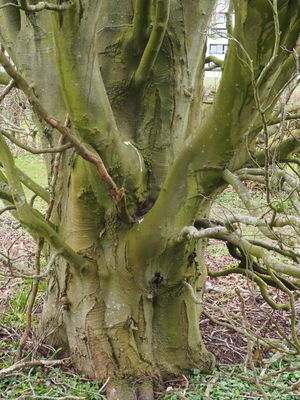 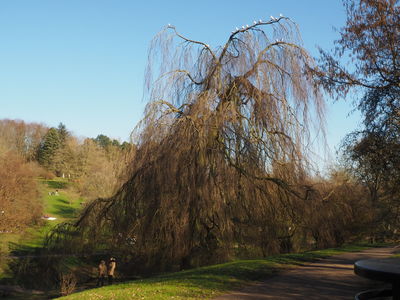 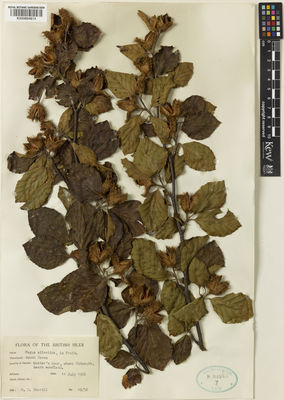 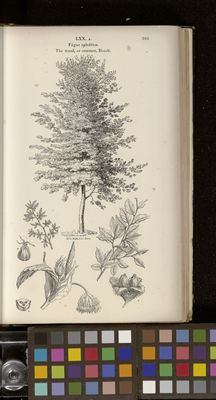 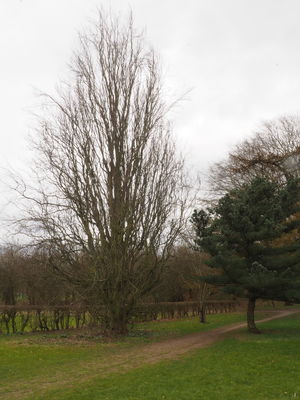