The avocado belongs to the laurel family (Lauraceae), which includes many aromatic trees and shrubs. The common name comes from the Nahuatl (a Mexican language) word ahuácatl, meaning testicle, and refers to the shape of the fruits, an association which led to their being considered a fertility food. Avocados have been cultivated for their highly nutritious fruits since about 8,000 BC, and there is evidence that they were eaten as a wild fruit before then. The oldest archaeological record is from Coxcatlan, Mexico, from about 10,000 BC. 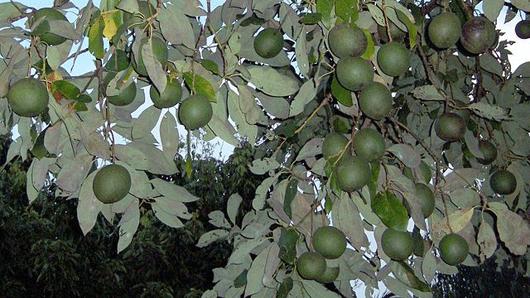 The avocado belongs to the laurel family (Lauraceae), which includes many aromatic trees and shrubs. The common name comes from the Nahuatl (a Mexican language) word ahuácatl, meaning testicle, and refers to the shape of the fruits, an association which led to their being considered a fertility food. Avocados have been cultivated for their highly nutritious fruits since about 8,000 BC, and there is evidence that they were eaten as a wild fruit before then. The oldest archaeological record is from Coxcatlan, Mexico, from about 10,000 BC.

Persea americana  is thought to have originated in Mexico and Central America (the Pacific coasts of Guatemala, El Salvador, Nicaragua, Costa Rica and Panama).

Avocado is now widely cultivated in large quantities, for example in Indonesia, Brazil, South Africa, Israel, the USA (California and Florida) and Australia.

Persea americana  is a variable species, and having been cultivated for thousands of years it is not easy to determine the origin of many plants grown today. Avocados are frequently discussed in the horticultural literature in terms of three ecologically distinct 'races', each of which grows best at a particular elevation above sea level. These are as follows:

Further work is needed to confirm the true nature of these groups.

Overview:  A rapidly-growing tree or shrub that normally grows up to 20 m tall (but can reach 40 m) and lives for about 50 years. The crown (cluster of branches and leaves at the top of the trunk) is rounded.

Flowers:  The green, finely hairy flowers are about 5-8 mm long and held in clusters at the ends of branches. Male and female flowers are borne on the same plant, but male and female parts mature at different times to reduce the chance of self-fertilisation.

Fruits:  Usually pear-shaped, 5-15 cm long and 2-5 cm in diameter. Each fruit contains a single, large, oily, rounded seed. The seed is surrounded by firm, lime-green to yellow flesh, which in turn is encased in a thick, leathery, dark green to dark purple-green skin. Thin-skinned cultivars are also available.

Avocado flowers open twice - once when the female parts are mature and then again (after closing for many hours) when the male parts are mature. This helps prevent self-fertilisation but means that lone plants rarely produce fruit. Orchards must ensure they include cultivars with flowers that open at different times to ensure pollination takes place.

Persea americana 'Fuerte' is perhaps the most popular cultivar, it produces pear-shaped fruit with a shiny, green skin.  Persea americana  'Hass' has warty-skinned fruit that turns dark purple when ripe and is also popular.

Persea americana  is widespread in cultivation, but avocado diversity is threatened by global market demands for the  P. americana  'Hass' cultivar. This cultivar has replaced subtropical and tropical avocados in cultivation in the Americas.

A further threat is posed by the rapid spread of a non-native, invasive fungus ( Phytophthora cinnamomi ) for which the avocado has no 'natural' resistance. This fungus causes serious root-rot, decreasing yields globally and even leading to the loss of entire avocado seed banks.

Avocados have long been cultivated for their edible fruits, the flesh is highly nutritious and has a composition different from that of other fruits. It is high in calories (220 kcal per 100 g), contains vitamins A, B and E and is a good source of folic acid, riboflavin, niacin, thiamin, iron and potassium. It is eaten in salads and desserts and used as a sandwich filling and an ingredient in dips and spreads (such as guacamole), ice-creams and milkshakes.

It is important to note that avocado fruits, leaves, stems and seeds are poisonous to many animals and birds (the leaves being the most toxic part). Also, some people experience allergic reactions of varying severity after eating avocado fruit.

Avocado oil penetrates human skin more readily than other oils such as almond, corn and olive oil and is used in cosmetics and toiletries.

The seeds yield a milky juice that has been used as ink for marking linen and clothing.

There have been reports from Mexico and Peru that the skin of the fruit is active against parasitic intestinal worms. Unspecified parts of the plant have also been occasionally used in treatment of cancer of the labia and tumours.

Kew botanist William Milliken has studied the traditional anti-malarial plants in the state of Roraima in Brazil. During these studies, a member of the Wapixana tribe reported that  Persea americana  ('abacate') leaves were used as an anti-malarial and an infusion of the fallen leaves of the abacate tree mixed with the roots of a grass,  Cenchrus echinatus .

Alternatively, a decoction of the abacate stone with an unspecified part of the plant  Scoparia dulcis  (a member of the figwort family, Scrophulariaceae) was used.  Persea americana  is one of the 22 species of anti-malarial plants recorded for the Wapixana.

Although it is possible to grow avocados easily from seed, commercial growers tend to use grafting or layering (two methods of vegetative propagation) in order to maintain a consistent fruit quality. Avocados grow best in deep, well-drained soil and should be protected from frost and strong winds where relevant. A thick mulch should be placed around the plants and fertiliser should be applied occasionally.

Plants can be pruned to achieve a more spreading habit, but care should be taken as the wood is weak and tends to break. Fruits do not ripen until they are removed from the tree, and hence can be left on the plant as a method of storage. Avocados can suffer from infestations of scale insects, mites, leaf-spotting diseases and root-rots.

Pressed and dried specimens of  Persea americana  are held in Kew's Herbarium, where they are available to researchers from around the world by appointment. The details of some of these, including images, can be seen online in the Herbarium Catalogue.

Specimens of the wood and seeds of  Persea americana  are held in Kew's Economic Botany Collection in the Sir Joseph Banks Building, where they are available to researchers by appointment.

Avocado fruits, leaves, stems and seeds are poisonous to many animals and birds. 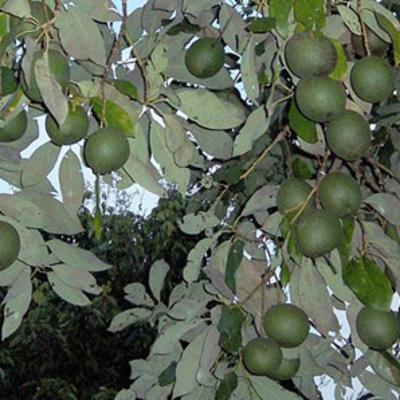 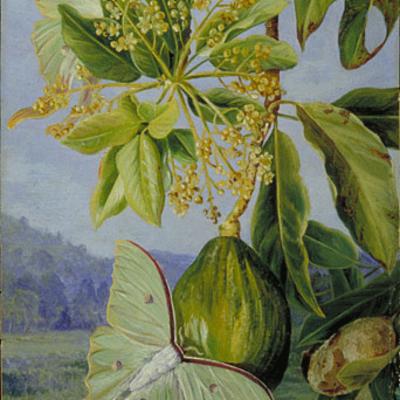 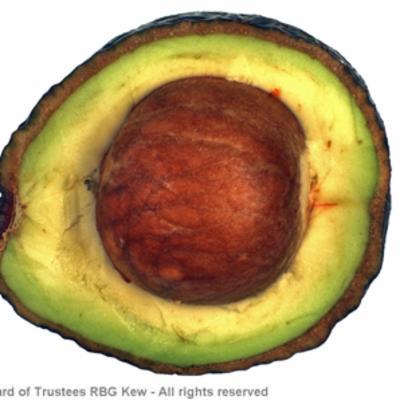 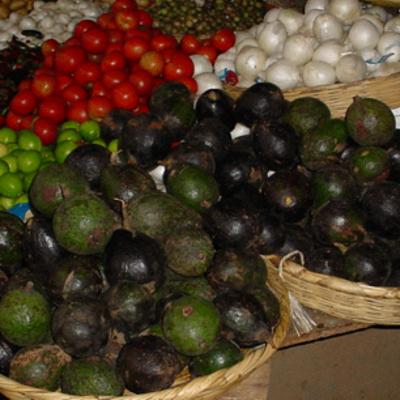 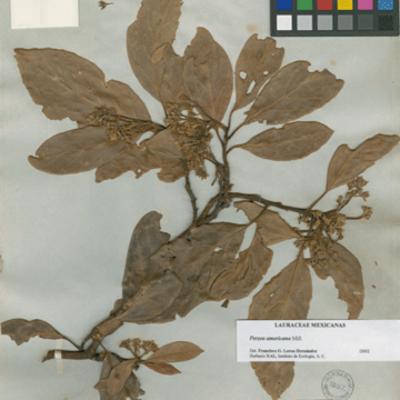 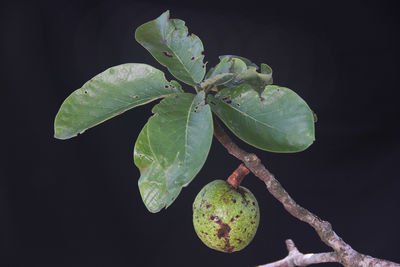 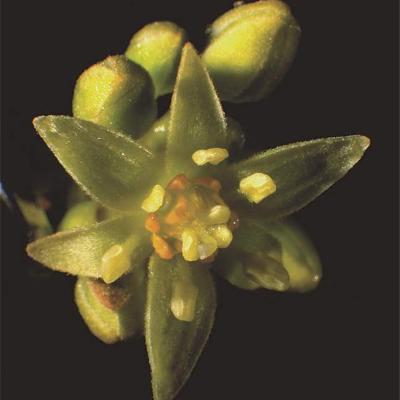 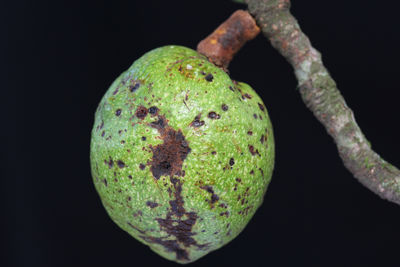 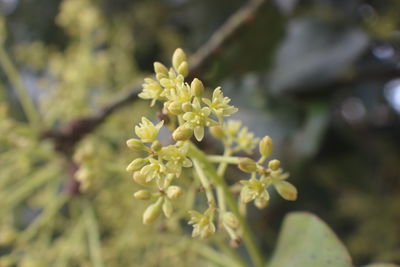 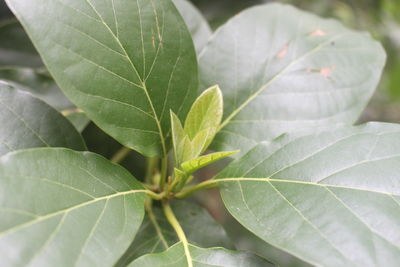 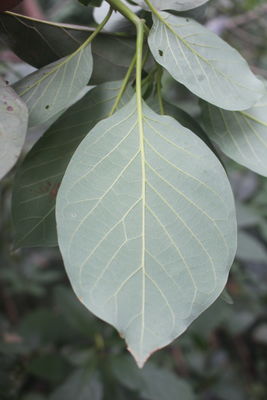 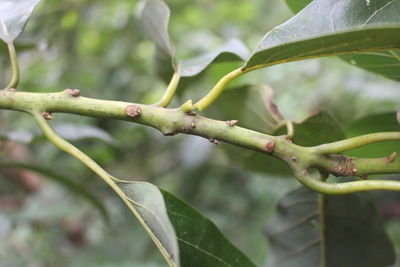 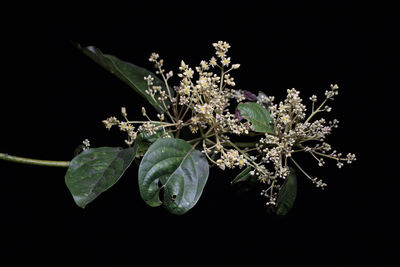 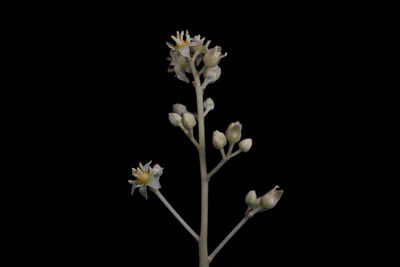 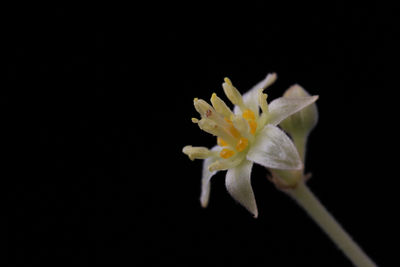 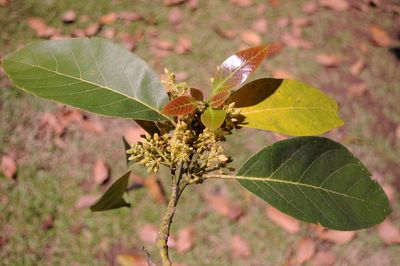 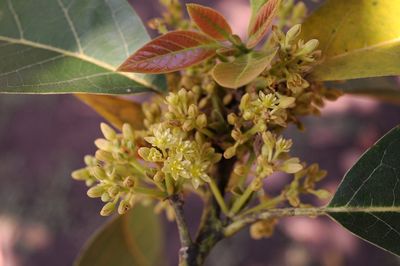 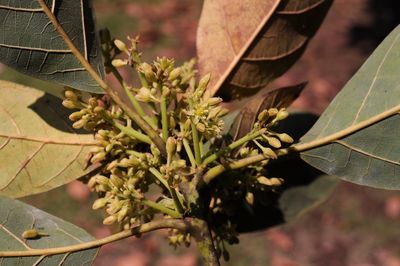 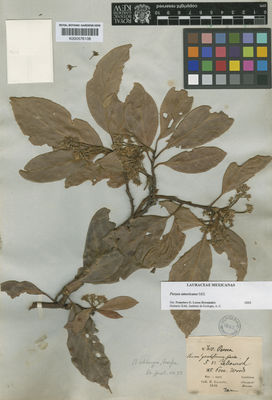 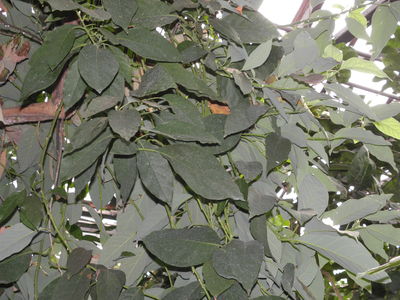 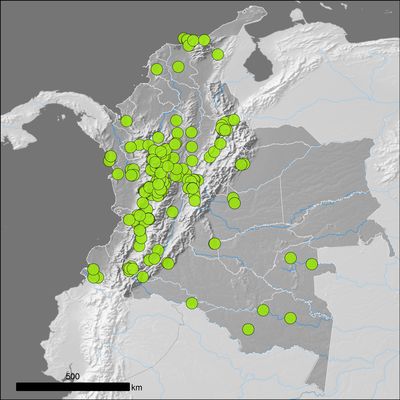 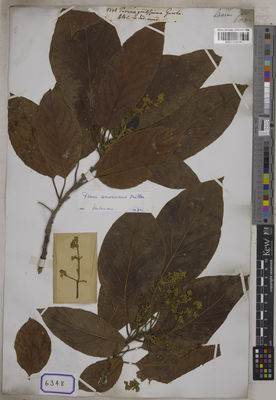