First published in Bot. Mag. 5: t. 165 (1791)
This species is accepted
The native range of this species is Cape Prov. It is a shrub and grows primarily in the subtropical biome. 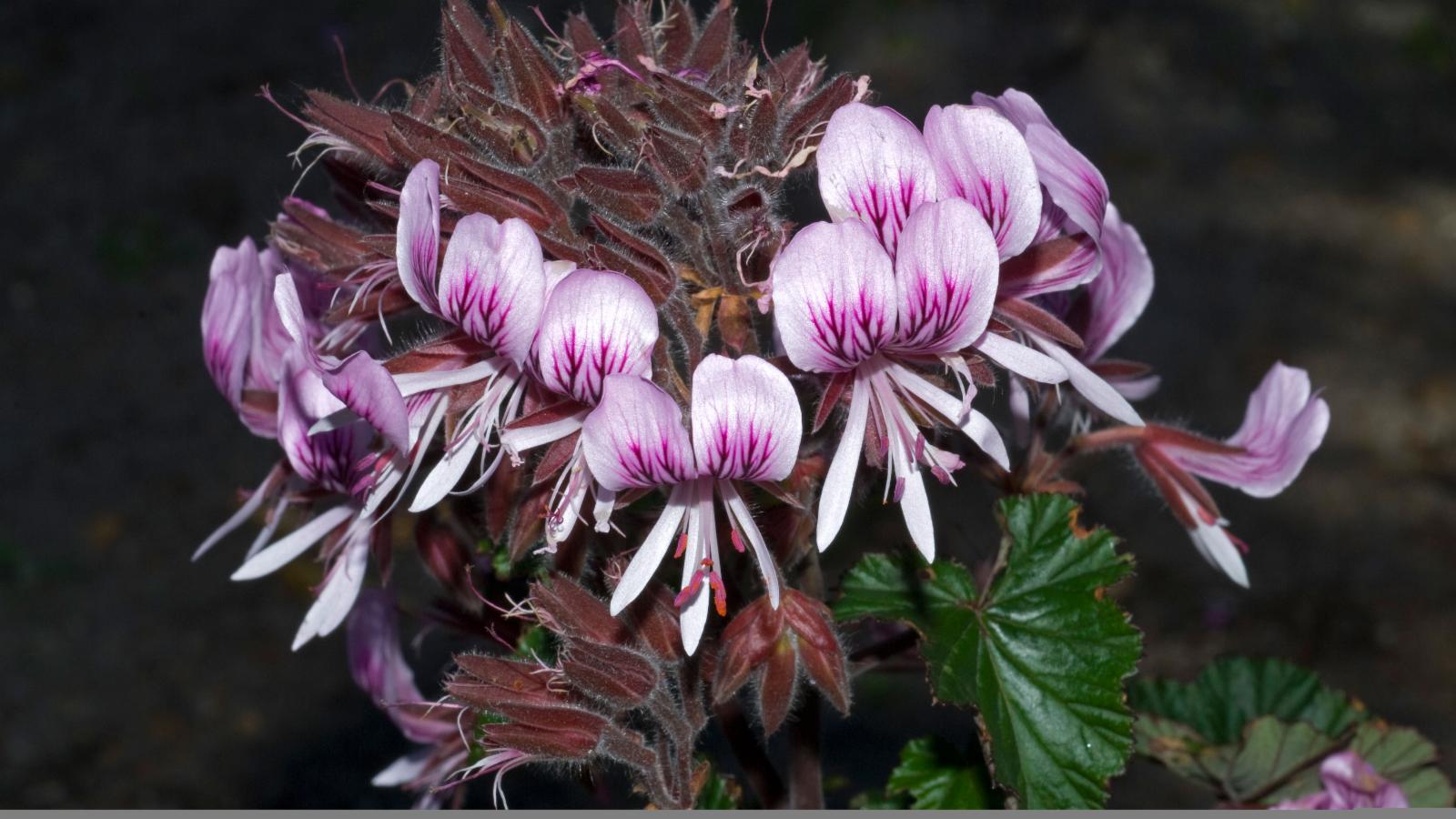 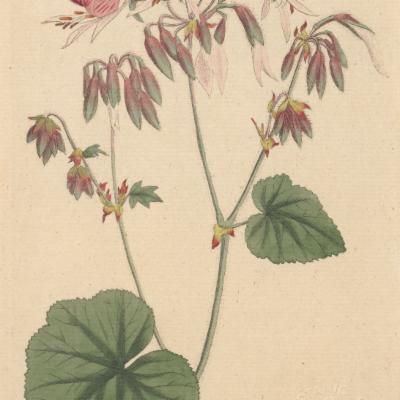 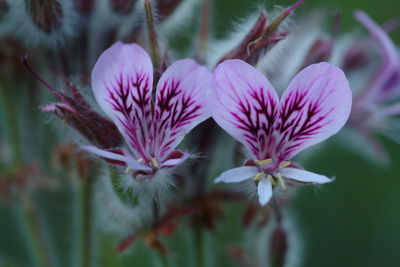 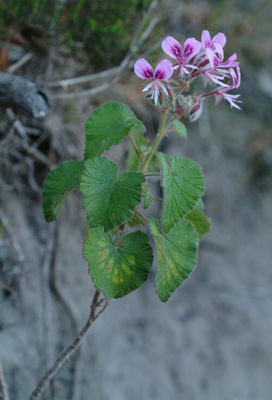 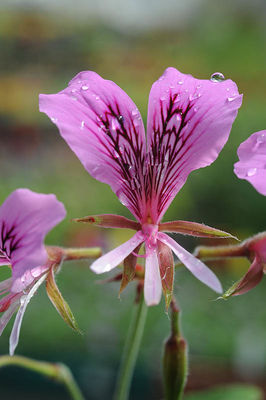 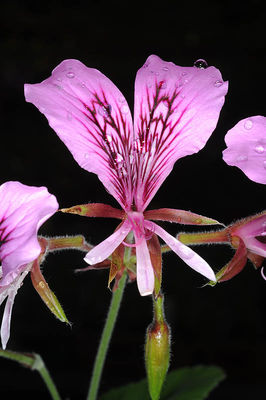 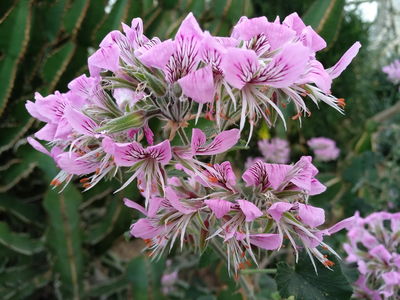 General Description
As the name suggests, the heart-leaved pelargonium has velvety, heart-shaped leaves scented of apple.

William Curtis described Pelargonium cordifolium in 1792, as 'another Geranium of modern introduction, not enumerated by Linnaeus or Miller, and which in point of beauty, duration of flowering, and facility of culture, is equal to most'. It was introduced to the Royal Botanic Gardens, Kew, from the Cape, by Francis Masson in 1774.

Curtis was right to draw attention to the length of the flowering season, for even in a British conservatory this plant is often in flower for many months, from around March to July.

Found near the coast in the Southern and Eastern Cape areas of South Africa.

An upright, or sometimes spreading, shrub, up to 1.5 m high and wide. The main stem is woody at the base with many branches. The leaves are heart-shaped, dark green, soft, hairy, approximately 5 cm in diameter and toothed at the margins.

The flowers are pink or purple with darker veining on the petals; they are produced in branched clusters from around June to January in its native habitat (March to July in Britain).

Heart-leaved pelargonium is cultivated as an outdoor ornamental in South Africa. In Great Britain it needs the protection of a greenhouse and is easily grown in sandy soil. The tips should be pinched out to maintain a bushy plant. Propagation is mainly by cuttings.

Pelargonium cordifolium can be seen growing in the dry climate section of the Princess of Wales Conservatory.

Pelargoniums from South Africa to Kew

Francis Masson was the first plant collector officially employed by Kew, and was sent to Cape Town by Joseph Banks in 1772. With Carl Thunberg, another botanist, he undertook three plant-collecting expeditions in the Eastern Cape, which produced numerous exciting plants subsequently introduced to cultivation in Britain, including P. cordifolium and many other species of pelargoniums.

Although the Spanish botanist Antonio Cavanilles originally described this plant as Geranium cordifolium in 1787, it was William Curtis who first published a description of it in 1792, in his Botanical Magazine (later Curtis's Botanical Magazine ), under the name Pelargonium .

Pelargoniums can cause mild skin dermatitis.