Perhaps unfairly labelled as one of the world's ugliest plants, Welwitschia mirabilis certainly caused some bewilderment when first discovered by the Austrian botanist Friedrich Welwitsch in 1859 who 'could do nothing but kneel down and gaze at it, half in fear lest a touch should prove it a figment of the imagination'. Specimens from Welwitsch's expedition along with further specimens from Thomas Baines were later sent to Kew, and Joseph Hooker proposed to name the species Welwitschia mirabilis (mirabilis meaning 'wonderful' or 'extraordinary' in Latin) in his honour. 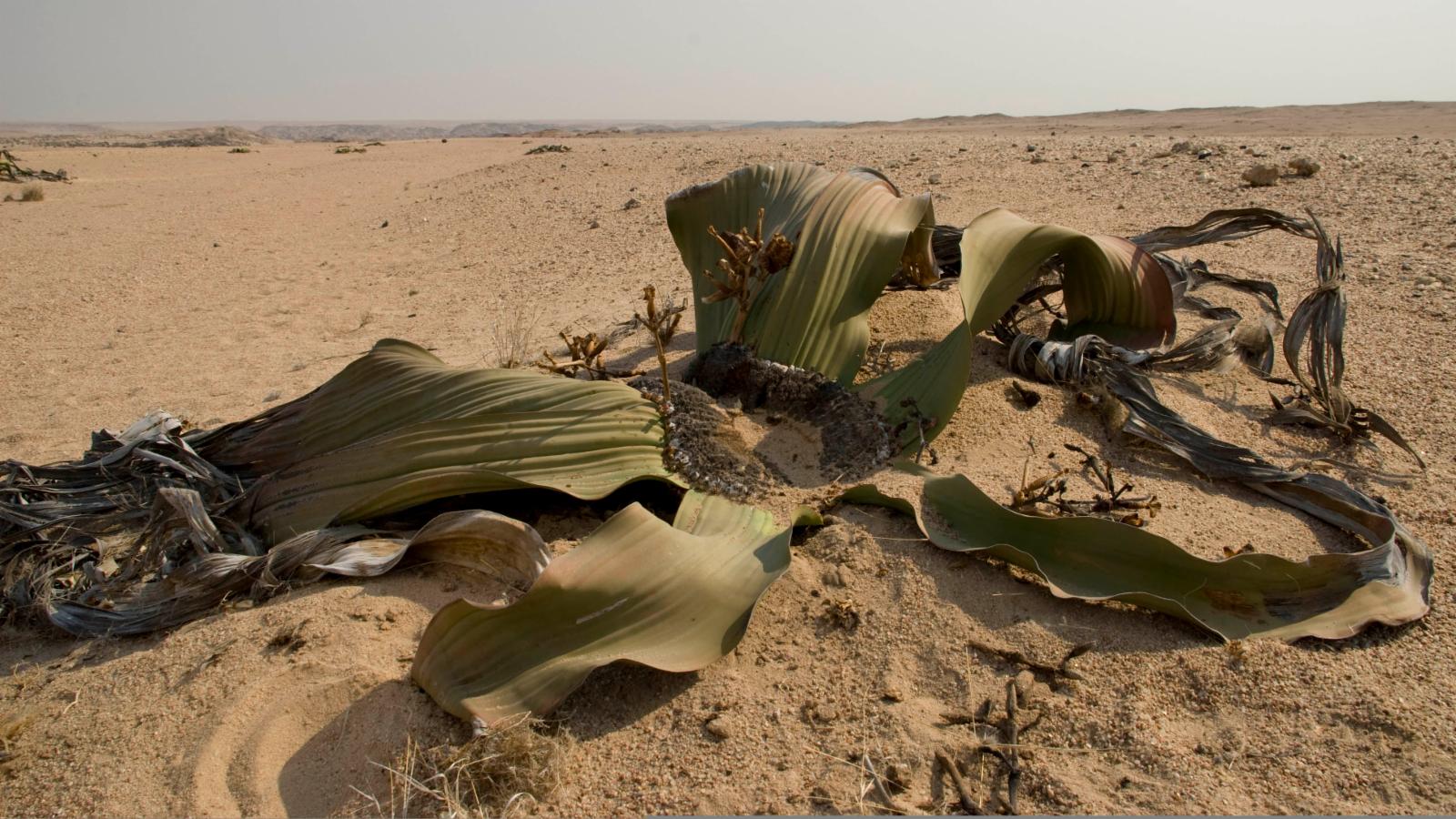 General Description
A ragged-leaved inhabitant of African desert, some tree tumbos are believed to be over 1,000 years old.

Perhaps unfairly labelled as one of the world's ugliest plants, Welwitschia mirabilis certainly caused some bewilderment when first discovered by the Austrian botanist Friedrich Welwitsch in 1859 who 'could do nothing but kneel down and gaze at it, half in fear lest a touch should prove it a figment of the imagination'. Specimens from Welwitsch's expedition along with further specimens from Thomas Baines were later sent to Kew, and Joseph Hooker proposed to name the species Welwitschia mirabilis (mirabilis meaning 'wonderful' or 'extraordinary' in Latin) in his honour.

With leaves that capture moisture from sea fogs and long taproots that search out any underground water it is well adapted to the harsh arid environments of the Namib Desert where it is found, although recent evidence suggests cause for concern as populations may be under threat from a fungal pathogen.

This species is restricted to the Namib Desert of Namibia and Angola. It is usually found within a few hundred kilometres of the coast.

Watch this slideshow of a recent expedition Kew's Millennium Seed Bank Partnership team made to Namibia.

Considered a dwarf tree or shrub occasionally gaining a height of two metres (although usually less than one metre), Welwitschia mirablilis can be simply described as being comprised of two leaves, a stem base and a taproot.

From seedlings the first leaves continue to grow horizontally from the stem base for the lifespan of the plant, a most unusual, if not unique, characteristic. Weathering eventually causes the leaves to become frayed and split along parallel margins preventing the leaves from extending across the desert ground for more than a few metres. The torn and twisted leaves of the adult plant give the impression that there are multiple leaves, hence the description 'octopus-like'.

Although Welwitschia mirabilis has low recruitment and a slow growth rate, which can be somewhat alarming at first consideration, this is offset by its remarkable longevity, and is not a new problem for the plant. The wide range and, at present, abundant populations do not suggest the species is threatened. However, alarm is increasingly being raised over the level of fungal pathogen infection of female cones and seeds, the infection of which severely reduces seed viability. This has the potential to reduce further the already inherently low recruitment of the species, to a point that may become dangerous in the distant future. Additional reported threats include injury or death from off-road vehicles, collection of wild plants and overgrazing by zebra, rhino and domestic animals.

Perversely, the 30 year civil war in Angola may have afforded some protection to this species; with land mines remaining in some areas these populations are unlikely to be disturbed in the near future. W. mirabilis is protected within a system of national parks and communal conservatories in Namibia and Angola. It is monitored for illegal trade under the Convention on International Trade in Endangered Species (CITES) and is protected by the Nature Conservation Ordinance in Namibia.

Although it does not meet the criteria for a Red List threatened category at present W. mirabilis is listed as Near Threatened, meaning it should be carefully monitored to ensure it does not become endangered.

Welwitschia mirabilis is being monitored as part of the IUCN Sampled Red List Index for Plants , which aims to produce conservation assessments for a representative sample of the world's plant species. This information will then be used to monitor trends in extinction risk and help focus conservation efforts where they are needed most.

Welwitschia mirabilis provides an important source of moisture and, to a lesser extent, nutrients for animals such as oryx, springbok, the endangered Hartmann's zebra, the critically endangered black rhino, and other ungulates in times of extreme drought. The animals chew the leaves, sometimes down to the base. Gray's larks have been seen nesting on or under W. mirabilis plants, and certain snakes, lizards, and arthropods use the plants for shelter.

Biologically unique, W. mirabilis is becoming increasingly important as a tourist attraction. Excursions into the desert are now frequently made as 'ecotourism' gains in popularity in Namibia. In the Namib-Naukluft National Park, tourist buses taking visitors to see the largest Welwitschia are a frequent sight.

Germination testing: Successful (100 % germination was achieved with a germination medium containing 1% agar, and with seeds kept in the light for 8 hours at 25°C, and in the dark for 16 hours at 10°C per 24 hour period)

Welwitschia mirabilis requires a loam-based compost similar to John Innes No. 3, with extra grit to improve drainage. Welwitschia plants have long taproots and generally delicate root systems, which do not tolerate disturbance. If grown in pots these must be very deep. At Kew Welwitschia plants are grown in a heated bed in the seasonally dry zone of a glasshouse. The compost is heated to 27 to 28˚C, using soil-heating cables.

This plant needs full light and should be given a south-facing position in the glasshouse. The seasonally dry zone at Kew is maintained at a minimum of 13˚C during the night and 15˚C during the day. Summer temperatures will reach 40˚C due to solar gain. Ventilation will start at 17˚C.

Welwitschia mirabilis can be propagated by seed, which germinates quickly; however the growing-on of the seedlings is more difficult and a special effort must be made not to disturb the roots. It is also important to take care with watering, as damping-off can occur.

Where to see this at Kew

You can see Welwitschia mirabilis growing in the Princess of Wales Conservatory.

Dried and spirit-preserved specimens of W. mirabilis are held in the Herbarium at Kew and the details of some of these can be seen online in the Herbarium Catalogue. These specimens are made available to researchers by appointment.

Friedrich Welwitsch (1806-1872), an Austrian botanist, spent the years 1853 to 1861 exploring the flora and fauna of Angola under the Portugese patronage. Welwitsch will be forever associated with the discovery of Welwitschia mirabilis , but perhaps a more important contribution to the understanding of plants in this region of Africa is his substantial collection - estimated to number more than 10,000 specimens representing 5,000 species of which 1,000 were new to science. He has been honoured by others in the naming of one family, Welwitschiaceae , six genera and 300 species of plant.

An extremely dedicated and meticulous collector he briefly met fellow explorer David Livingstone during his expeditions. He later battled dysentery, fever and even local tribes before returning to Portugal. After increasing difficulties dealing with his patrons he moved to London, along with his collections (retaining some collections at his various houses in West London) and spent his time between the British Museum at Bloomsbury, and Kew, to identify his specimens. After a fire in his house threatened his collection, which was fortunately saved, his health deteriorated and on 20 October 1872 he died.

After his death his collections and their ownership became the subject of considerable debate and even legal disputes. The dispersal of the specimens to several herbaria including Kew, the British Museum at Bloomsbury (now the Natural History Museum) and Lisbon (Jardim Botanico - MNHM) has caused problems in naming plant species. Recent work at Kew has helped to unravel the story of Welwitsch and his collections and with projects like the African Plants Initiative, where digital images of these specimens are being produced and shared online, it should be easier to resolve some of these questions.

Conservation
Welwitschia mirabilis is rated as Least Concerned (LC) according to IUCN Red List criteria and has received a EDGE score of -6.19, which places it in position 675 on the EDGE Gymnosperm list. It has a Evolutionary Distinctiveness of 40.94, ranked 4. More information on the EDGE Gymnosperm project here https://www.edgeofexistence.org.

Use
Provides moisture and nutrients for desert mammals, shelter for snakes, lizards and arthropods, and is an attraction for eco-tourists. 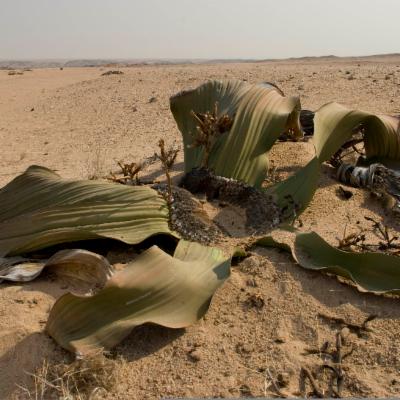 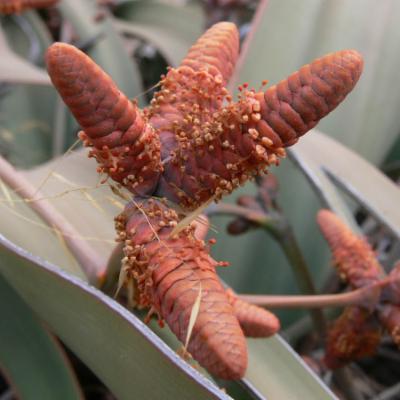 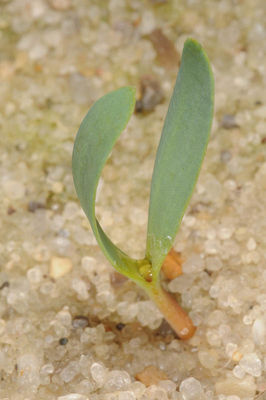 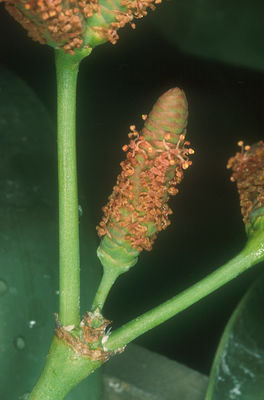 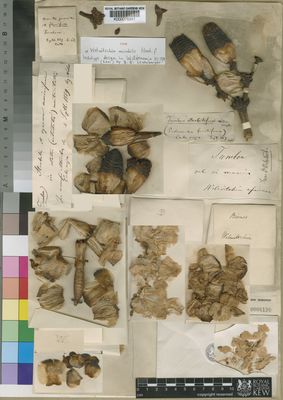 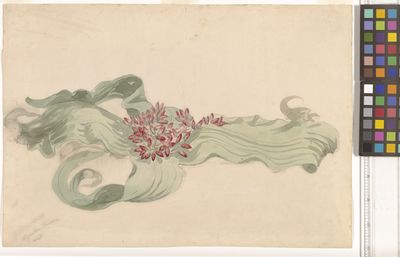 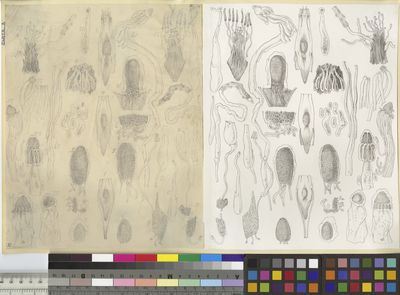 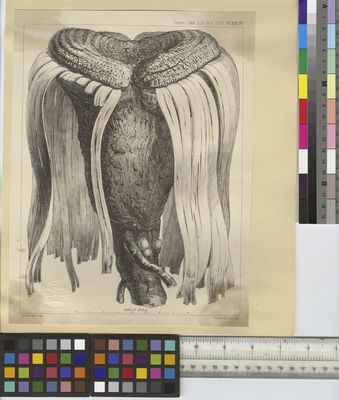 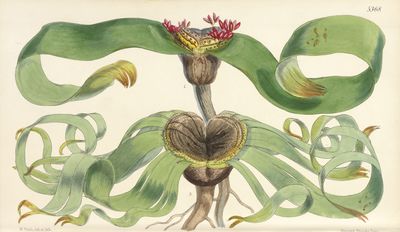 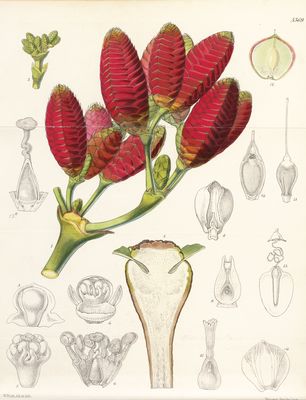 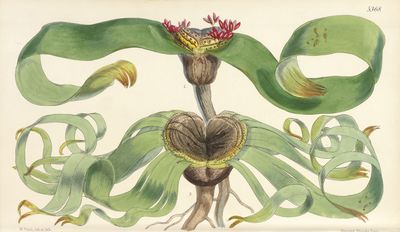 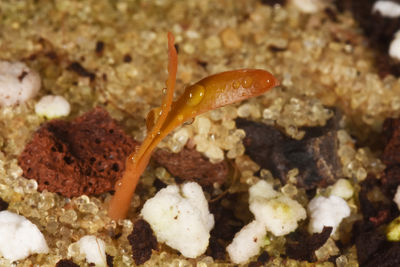 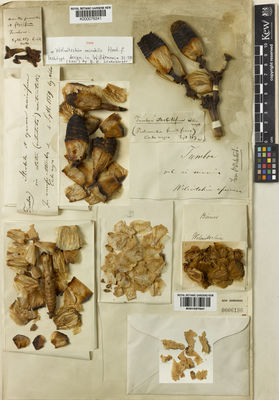