The very attractive Siberian iris was first collected from the wild and planted in monasteries and royal gardens during the Middle Ages. The genus Iris was named after the Greek goddess of the rainbow, because of the wide variety of flower colours in this genus. The specific epithet sibirica refers to Siberia, where this species grows wild. 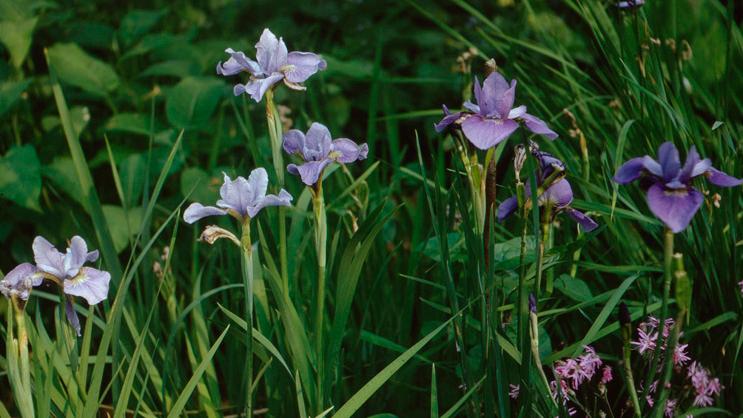 The very attractive Siberian iris was first collected from the wild and planted in monasteries and royal gardens during the Middle Ages. The genus Iris was named after the Greek goddess of the rainbow, because of the wide variety of flower colours in this genus. The specific epithet sibirica refers to Siberia, where this species grows wild.

Siberian iris is native to central and eastern Europe, ranging from north-eastern Turkey, European Russia and western Siberia in the east, to northern Italy in the west. It has become naturalised in other temperate regions, such as the British Isles and North America.

Leaves: The leaves are green, and there are usually a few small ones on the stem in addition to several basal leaves measuring 25-80 cm x 4-10 mm.

Flowers: Each plant bears 1-3 (rarely 5), mid-blue to violet-blue (rarely white) flowers, measuring 5-7 cm in diameter. The pedicels measure up to 10 cm. The spathes (sheathing bracts) are brown and membranous at the time of flowering, and measure 2.5-5 cm. The perianth tube (formed by the petals and sepals) measures 4-7 mm. The falls (sepals of an iris) are 3-7 cm long, oblong to obovate (egg-shaped) and generally have a paler zone in the centre. The limbs (the expanded part of a corolla that has united petals) are obovate to orbicular in shape. The standard (the upper and usually largest petal) measures 2.5-6 x 1.2-2 cm, and is erect and narrowly obovate to elliptic. The style branches measure 3-4 x 0.5-0.8 cm and have erect, rounded to crenate lobes.

Fruits: The fruit is a capsule 2-4 cm long with an ellipsoidal to sub-cylindrical shape. The seeds are flat.

Flowers are borne between May and July, and the seeds ripen between August and September. The flowers are hermaphroditic (have both male and female organs) and are pollinated by insects. The plant is capable of self-fertilisation.

There are many cultivars of Siberian iris, and also hybrids with the blood iris ( Iris sanguinea ), ranging in flower colour from white to pale blue, dark blue, mauve and violet.

Globally, Iris sibirica has an extensive range, and is likely to be of Least Concern according to IUCN Red List criteria, although this has not been verified by a formal conservation assessment.

Iris sibirica grows well in moist or boggy ground and makes an attractive addition to the woodland garden or the margins of ponds and streams.

Siberian iris can be seen growing in the Rock Garden at Kew and the Iris Dell at Wakehurst.

A spirit-preserved specimen of Iris sibirica is held in the Herbarium, one of the behind-the-scenes areas of Kew. The details of this specimen can be seen online in the Herbarium Catalogue.

All parts of both wild and cultivated Iris are poisonous, especially the rhizomes (swollen underground stems). 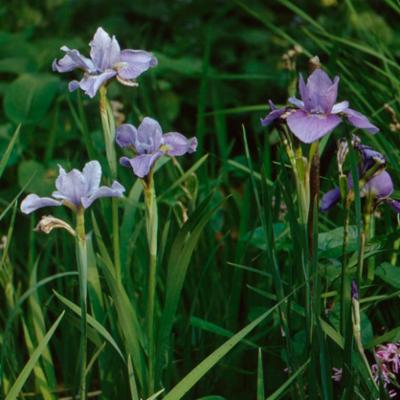 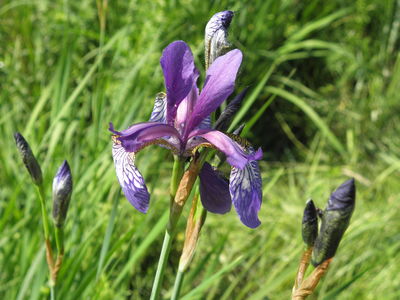 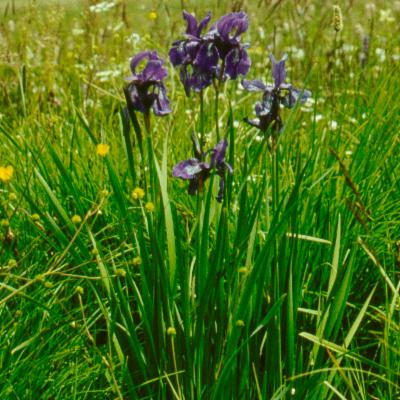 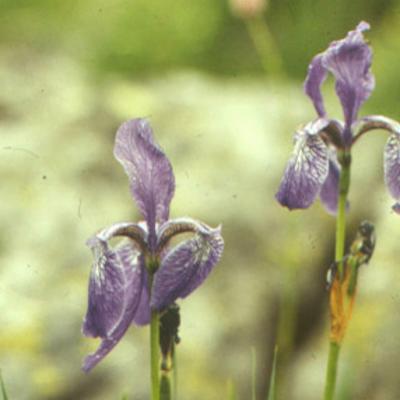 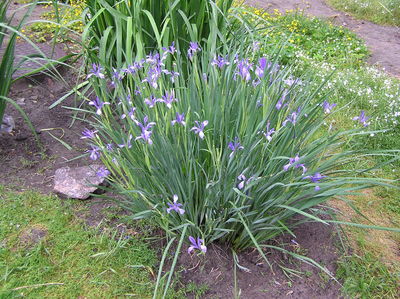 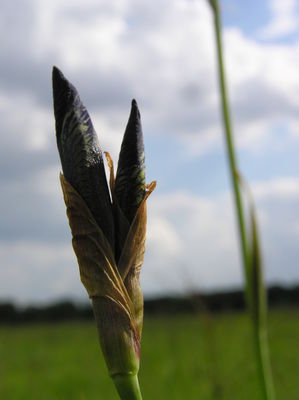 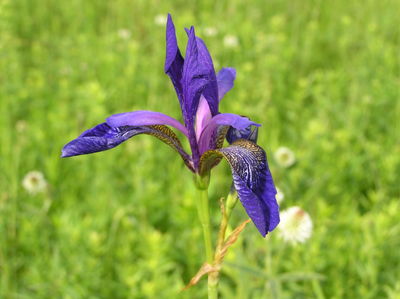 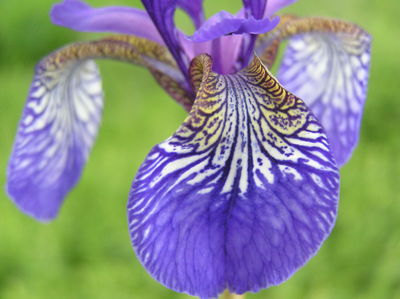 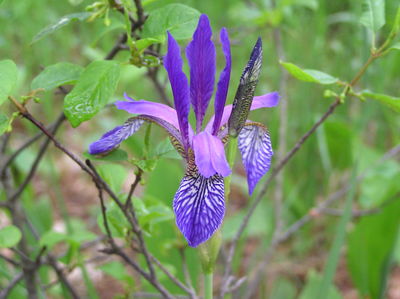 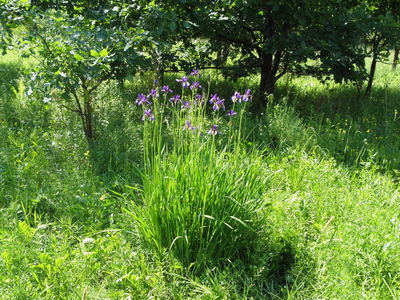 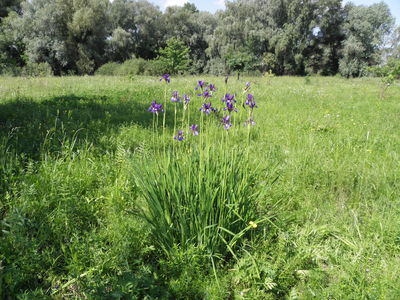 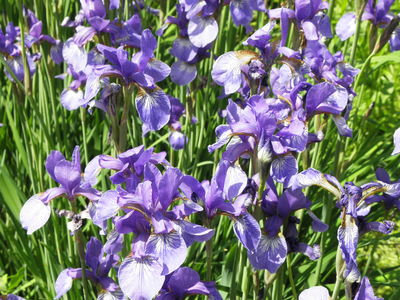 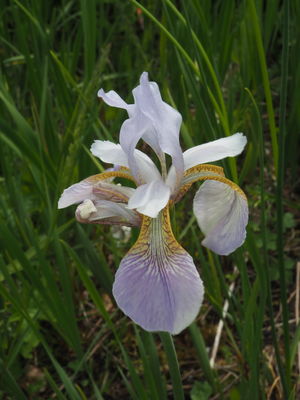 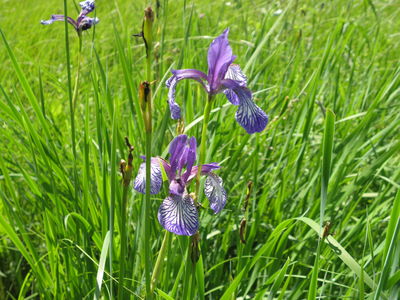 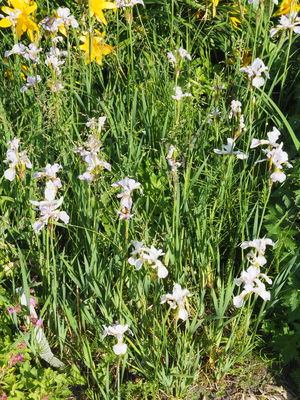 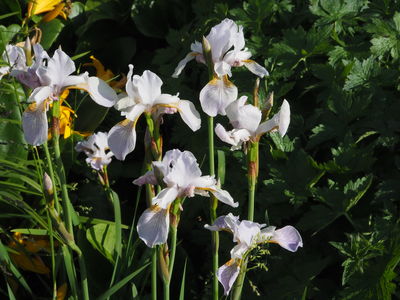 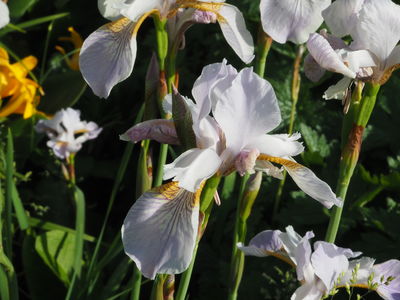 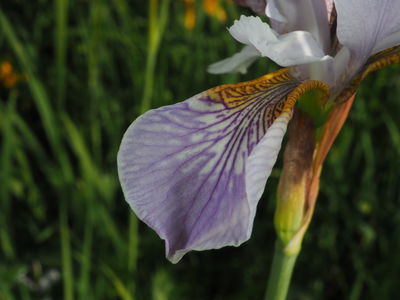