This species is accepted, and its native range is Medit. It is used as animal food, a medicine and invertebrate food, has environmental uses and social uses and for food. 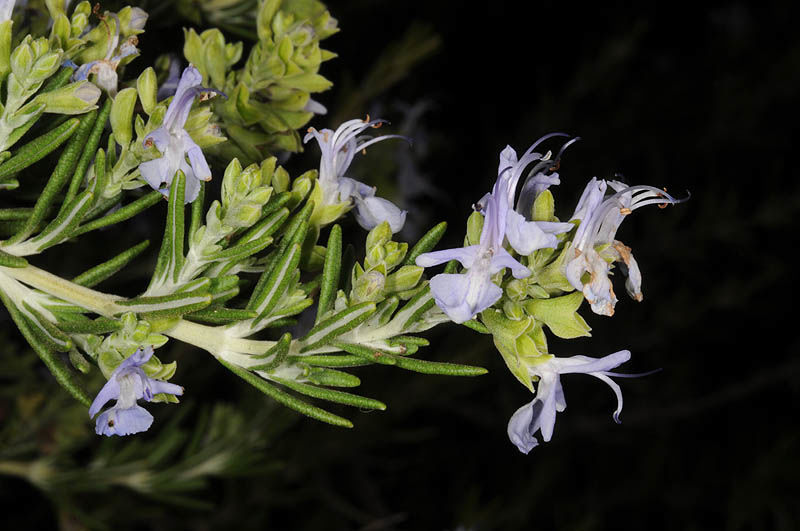 General Description
The 'wonder-herb' rosemary has been used variously as a medicine, food preservative, stimulant, memory enhancer, and of course as a flavoursome cooking ingredient.

Rosemary belongs to the Lamiaceae, commonly known as the mint family. It is related to other well-known herbs such as the basils (Ocimum), thymes (Thymus) and mints (Mentha), but its closest relative is the genus Salvia, which includes at least 900 species. One of these is sage (Salvia officinalis). Many scientists believe that rosemary is so similar to Salvia that it should be included in this group. Salvia and rosemary both have only two stamens (male organs of the flower, containing pollen), whereas in the mint family the usual number of stamens is four.

In the past, rosemary was believed to aid memory and was often made into garlands for students when they were sitting their exams. Scientific research has shown that rosmarinic acid, one of the main constituents of rosemary, inhibits certain enzymes linked to neurological disorders causing memory loss. Scientists at Kew investigating the benefits of rosmarinic acid found it has strong anti-oxidant properties.Preparations of rosemary are taken orally or applied topically for a variety of complaints. The leaves and flowers can also be used to make a tea, said to be good for headaches, colic, colds and nervous diseases as well as depression. Rosemary has also been used in herbal remedies for relieving asthma. Used in combination with essential oils from thyme (Thymus), lavender (Lavandula) and cedarwood (Cedrus), the essential oil of rosemary reportedly improves hair growth in people with allopecia. It also has antibacterial and antifungal properties. There is evidence that the essential oil relaxes the muscles of the gastrointestinal tract, and may increase blood flow to the heart. However, the essential oil of rosemary is potent and can be toxic. It should be avoided by pregnant and breastfeeding women, and by people prone to seizures.

Rosmarinus officinalis is native to the Mediterranean region and Caucasus. Also native to this area are the other two species of rosemary ( R. tomentosus and R. eriocalyx ). Where these species overlap in the wild they form natural hybrids.

Rosemary is one of the most prized culinary herbs, and is especially popular in Mediterranean cuisine. The leaves have a bitter, astringent taste which complements fatty foods such as lamb and oily fish. It can be used for both sweet and savoury dishes but is most often used as a dressing for roast meats. In Italy, butchers often include free sprigs of rosemary when selling meat. In England, a roast lamb is not complete without a dressing of rosemary, while it can also be used as a stuffing when barbecuing fish. Rosemary is also used as an aromatic herb to add flavour when smoking meats.

Rosemary's reputation for medicinal uses meant that it was planted in many old herbal gardens. It was a symbol for remembrance, and was even given a mention in Shakespeare's Hamlet: "There's rosemary, that's for remembrance", says Ophelia. Rosemary is one of the few plants that has been used for many centuries at both weddings and funerals, and is often used as an ornamental due to its pretty purplish white flowers. The aromatic fragrance of rosemary is used in perfumery and cosmetics.

This tough Mediterranean shrub needs a sunny position and light soil that doesn't become waterlogged. It is used to long, hot summers in its natural home and can withstand periods of drought, making it suitable for containers, as well as sunny borders. The new growth is soft and flexible but older stems become woody and this plant can form a substantial trunk in time. Propagation is simple from cuttings in early to midsummer. Cut pieces of new growth, around 10 cm long, and insert them into a pot of compost. Keep them moist and they should root by the autumn, when they can be potted up and grown on before planting out in spring.

There are 15 specimens of Rosmarinus officinalis in the Economic Botany Collection, one of the behind-the-scenes areas of Kew. These include samples of rosemary oil, leaves, wood and flowers. These items are made available to researchers from around the world by appointment.

The Herbarium at Kew contains both dried and alcohol-preserved specimens of rosemary. The details of some of these can be seen online in the Herbarium Catalogue.

Rosemary can be seen growing in the Queen's Garden, adjacent to Kew Palace and in the Sir Henry Price Walled Garden at Wakehurst.

Rosmarinus officinalis was one of the species that featured in the garden, which was awarded a Silver Medal.

The essential oil of rosemary is potent and should be avoided by pregnant and breastfeeding women. The oil may cause severe adverse effects including seizures when taken internally and may irritate the skin when applied externally. 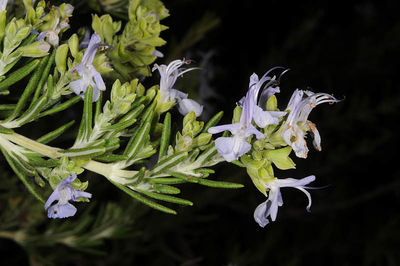 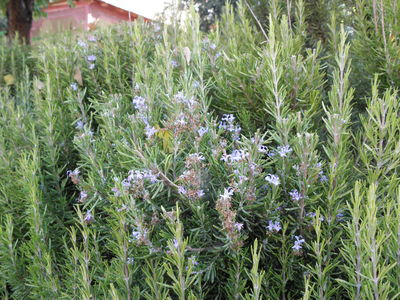 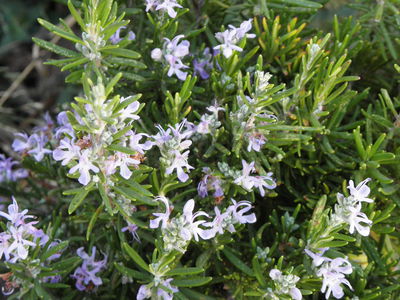 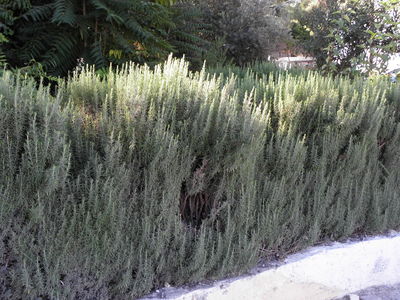 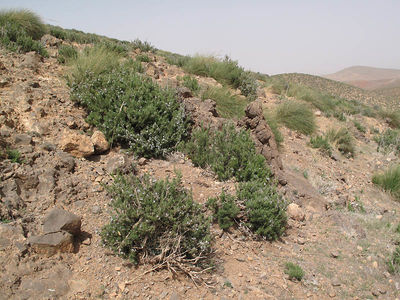 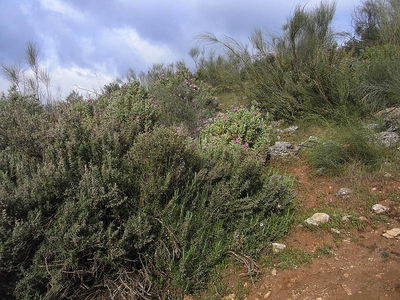 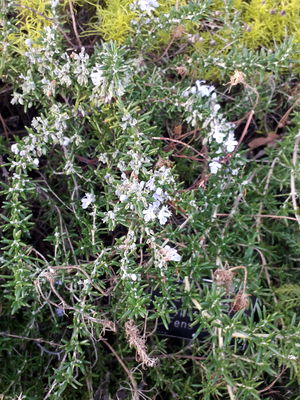 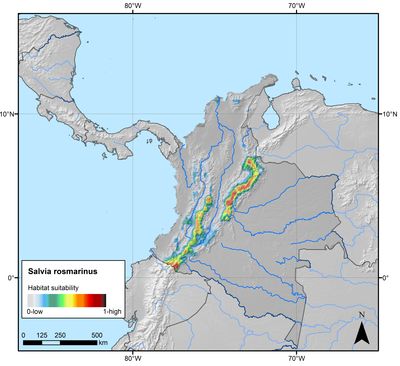 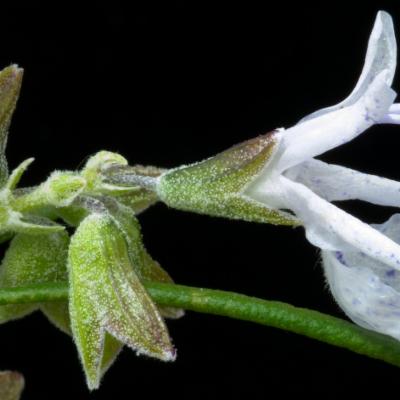 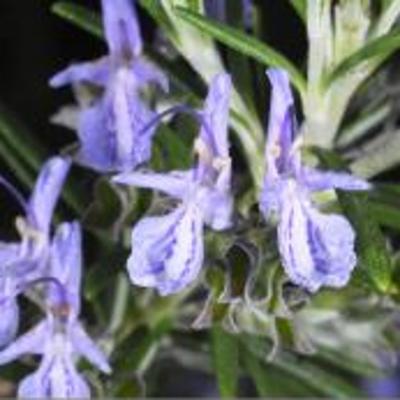 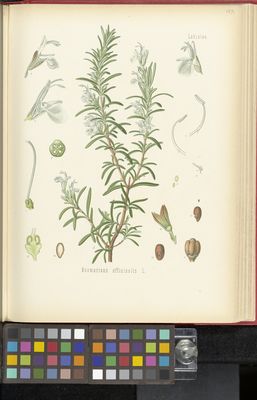