Downy woundwort is a rare relative of the more common Stachys species, for example betony (Stachys officinalis) and hedge woundwort (Stachys sylvatica) found in the UK. It can be distinguished by its covering of dense white hairs. 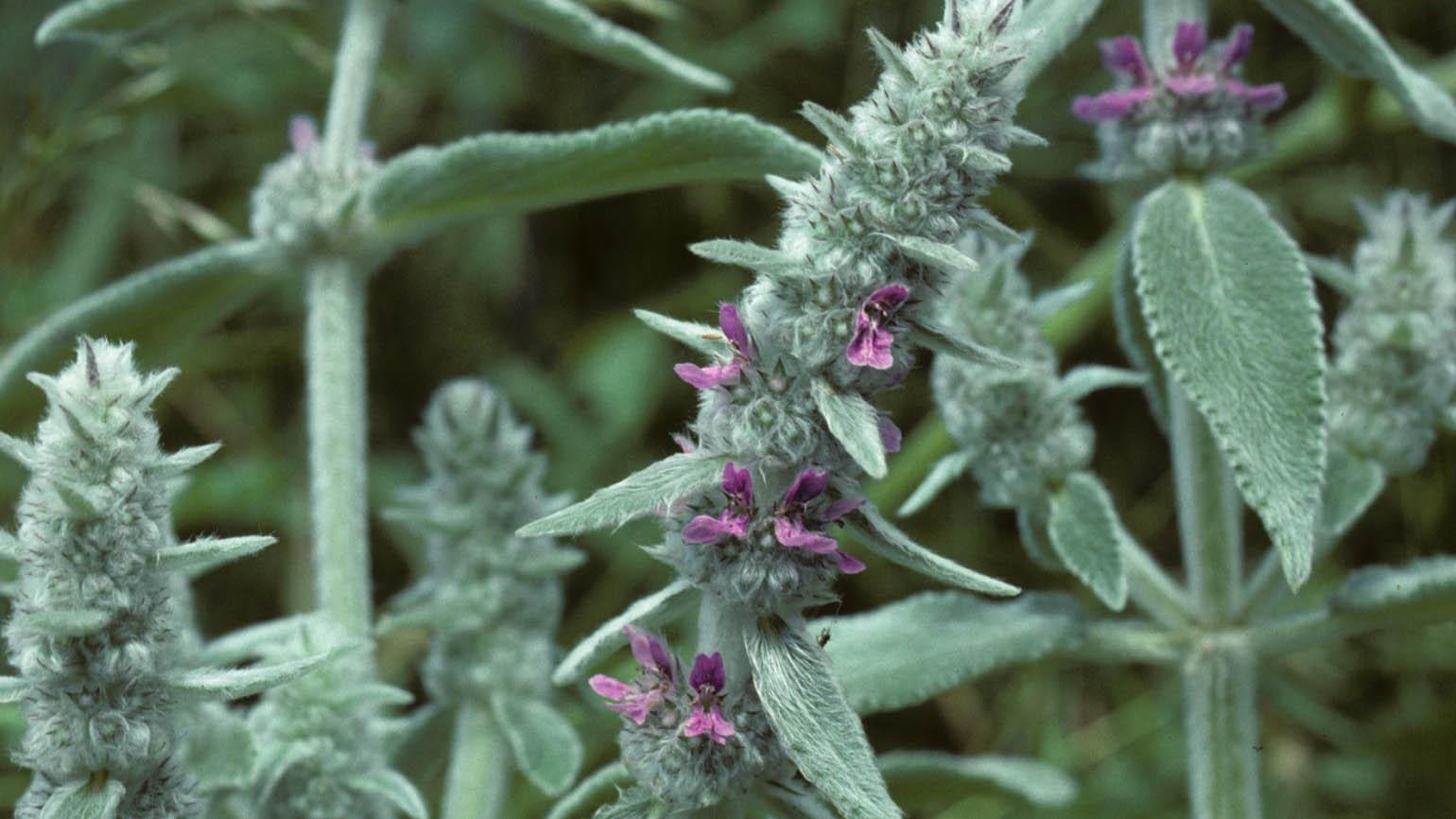 General Description
The downy woundwort is rare in the UK, and so benefits from full protection under the 1981 Wildlife and Countryside Act.

Downy woundwort is a rare relative of the more common Stachys species, for example betony (Stachys officinalis) and hedge woundwort (Stachys sylvatica) found in the UK. It can be distinguished by its covering of dense white hairs.

In Britain, downy woundwort has been recorded from several counties scattered through southern England, but is now confined to just a few sites on oolite limestone in west Oxfordshire. It shows a strong fidelity for certain areas; it has persisted around Witney (Oxfordshire) since at least 1632.

In the UK, the species is at the northernmost extreme of its range. It is widespread in western, central and southern Europe, and also occurs in North Africa and the Orient.

This rare plant is either a biennial or a short-lived perennial. The species requires a level of soil disturbance so that the heavy seeds may germinate during the temporary reprise from more aggressive competitors, and it has benefited from scrub clearance, two to three year rotovating, verge cutting and even a stubble fire.

It flowers from July onwards, sometimes into the autumn. Tall, multistemmed plants produce the most flowers, and the amount of seed set is highest where bumblebees are numerous and most active.

The seeds are able to remain dormant for a long period, and the plant can return to areas from which it has been absent for some time after hedges are cut back or the ground is disturbed.

The main threat to Stachys germanica is now lack of disturbance; many old sites have become neglected and overgrown. The seedlings of the downy woundwort become crowded out by grasses and shaded out by expanding untidy hedgerows. Occasionally, seeds have been stripped from plants by wood mice and bank voles.

The downy woundwort is fully protected under Schedule 8 of the Wildlife and Countryside Act of 1981. It is therefore illegal to uproot, cut, destroy or sell this plant or any part of it.

According to Mrs. Grieve's Herbal of 1931, the soft leaves were once used for dressing wounds.

Distribution
United Kingdom
Ecology
Occurs on dry, moderately calcareous soils in open grassland, hedge bottoms, tracksides, quarries, scrub, ditch-sides and fallow land with plenty of light and warmth.
Conservation
Not evaluated by the IUCN, but rare in the UK.
Hazards

Use
Once used for dressing wounds. 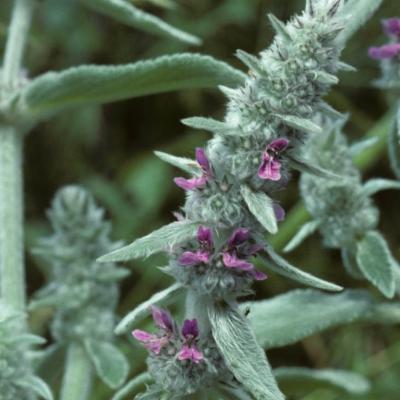 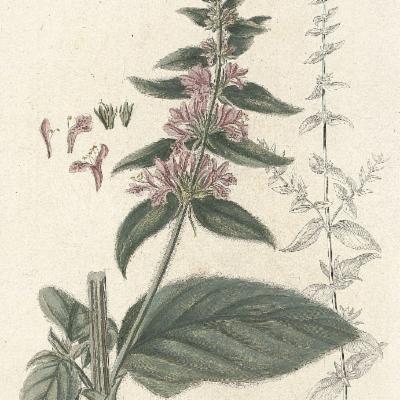 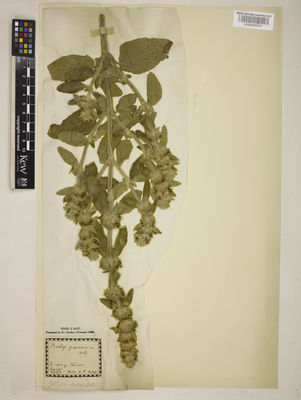