First published in Adansonia, n.s., 8: 16 (1968)
This species is accepted
The native range of this species is S. & SW. Madagascar. It is a tree and grows primarily in the desert or dry shrubland biome. 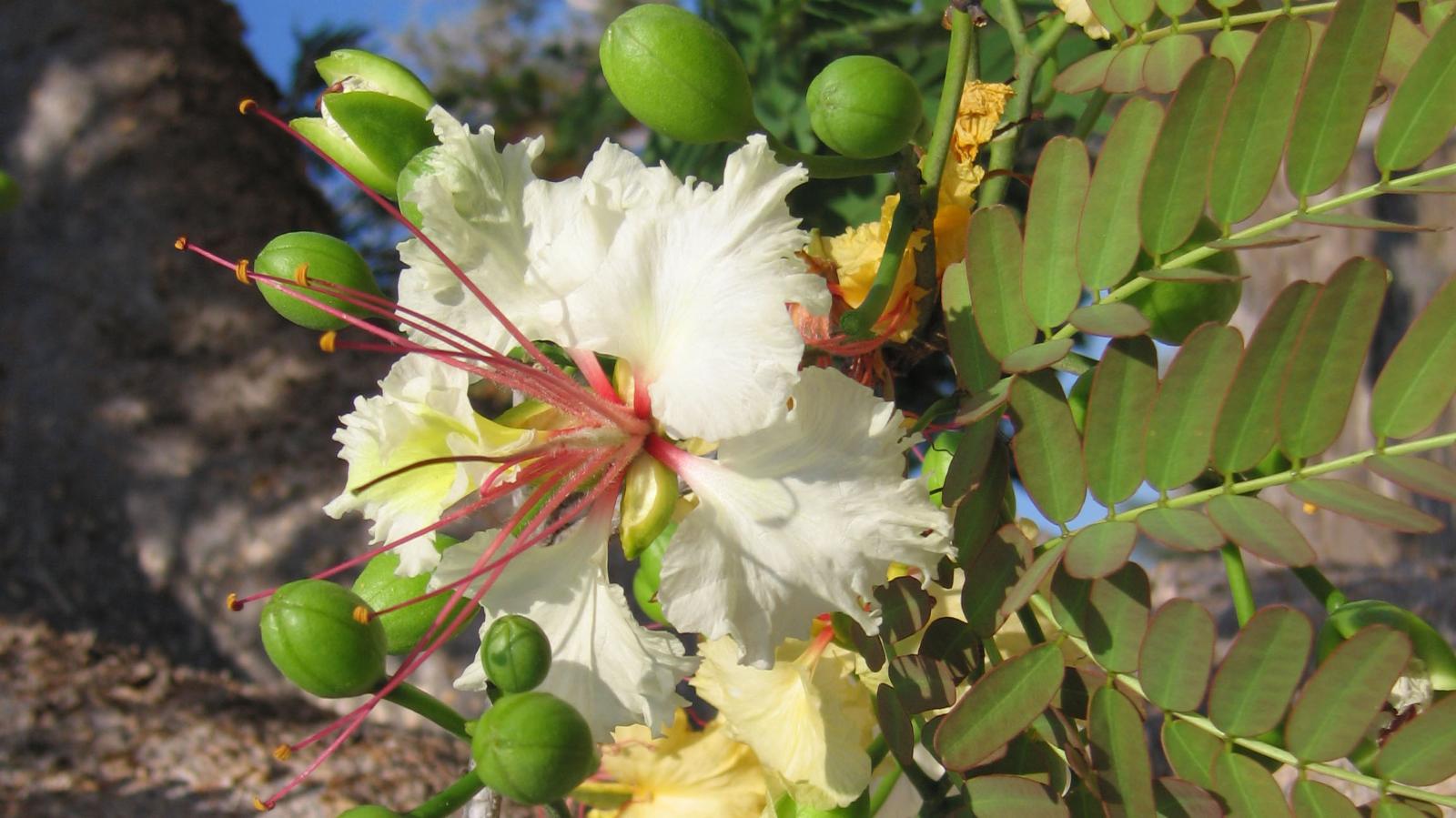 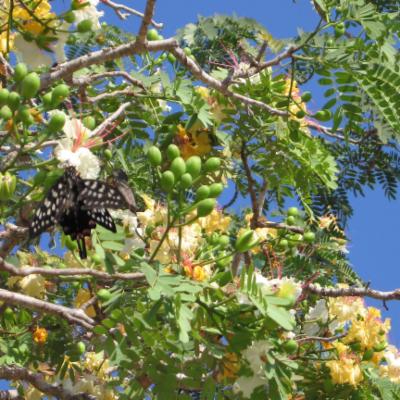 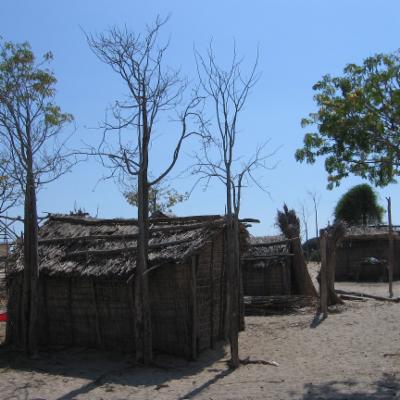 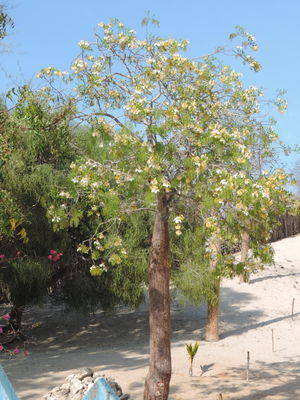 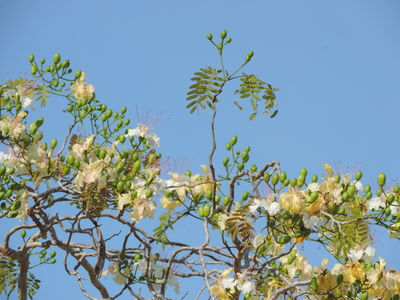 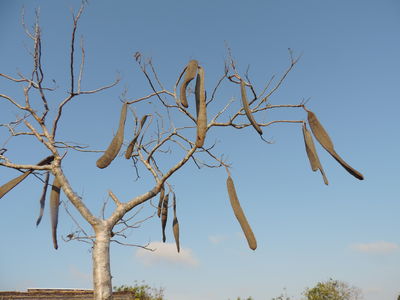 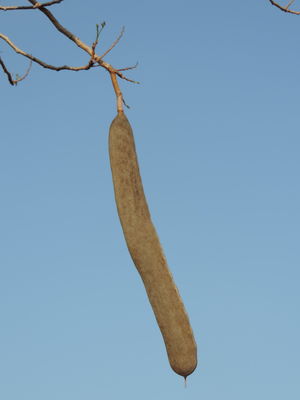 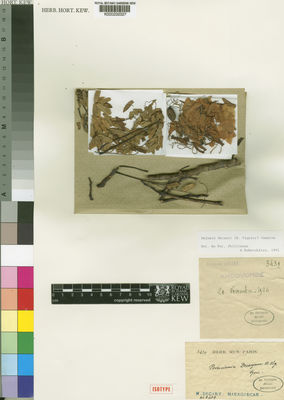 Delonix decaryi, a white-flowered tree with a cigar-shaped trunk, is found in the dry spiny forest of Madagascar, and sometimes planted as a living fence. It is a member of the pea and bean family (Leguminosae).

Found only in the dry spiny forest of south and south-western Madagascar, where it is confined almost entirely to the coastal forest margins.

Leaves:  The leaves are bipinnate (having leaflets which are themselves divided into leaflets).

Flowers:  The flowers are large (7-8 cm), with white petals; the upper petal having a large yellow blotch. The stamens (male parts) and style (female part) are pink or red.

Delonix decaryi is thought to be moth-pollinated. Its white petals open at night and have red, protruding stamens, and the upper petal bears a narrowly tubular, nectar-secreting claw.

Delonix decaryi is rated as Near Threatened because its native habitat is severely threatened by slash-and-burn agriculture, charcoal production, grazing by domestic cattle and goats, and uncontrolled bush fires.

Kew's Millennium Seed Bank Partnership has collected seeds of D. decaryi and is storing them ex situ in the Kew seed bank in the UK, as well as in Madagascar.

Cuttings of the branches are often planted in villages or around tombs, to form a 'living fence'. Occasionally the trunks are used to make canoes or coffins. The resin is used as a glue and the unripe seeds are reported to be edible.

Dried and spirit-preserved specimens of Delonix decaryi are held in Kew's Herbarium, where they are available to researchers by appointment. The details, including an image, of some of these specimens can be seen online in Kew's Herbarium Catalogue.

Use
Environmental, Food and Drink, Wood