Lathyrus sativus is a crop that is considered to be both a saviour and a destroyer. In times of famine, it is often the only alternative to starvation. It can withstand extreme environments, from drought to flooding. 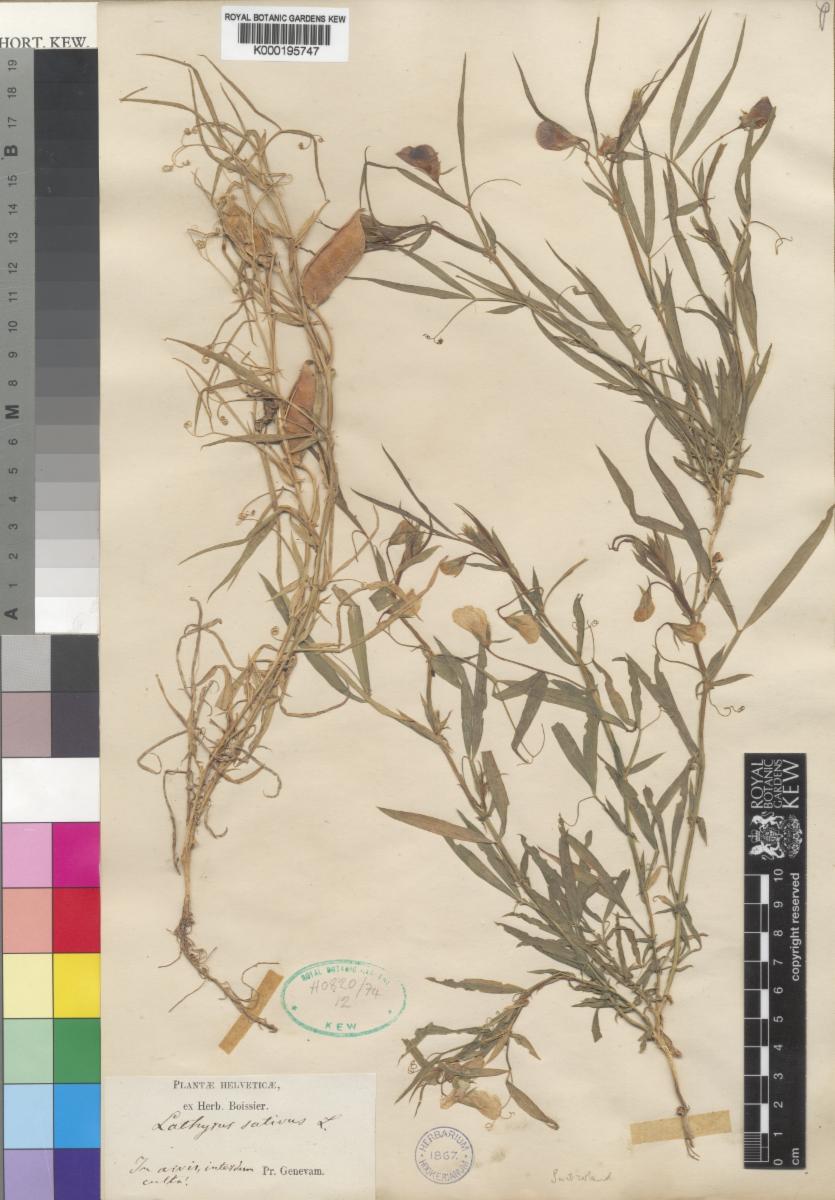 Lathyrus sativus is a crop that is considered to be both a saviour and a destroyer. In times of famine, it is often the only alternative to starvation. It can withstand extreme environments, from drought to flooding.

The crop is harmless to humans in small quantities, but eating it as a major part of the diet over a three month period can cause permanent paralysis below the knees in adults and brain damage in children, a disorder known as lathyrism. The culprit is a potent neurotoxin called ODAP (β-N-Oxalyl-L-α,β-diaminopropionic acid) which is responsible for the drought and waterlogging tolerance of grass pea but, if taken in large enough quantities, brings on the neurological disorder.

Grass pea is easy to cultivate, and is tasty and high in nutritious protein, making it a popular crop in south west Asia and the eastern Horn of Africa where it is also grown to feed livestock. As in many members of the legume family (Leguminosae), grasspea is able to fix nitrogen from the air through a symbiotic relationship with bacteria housed in root nodules, which means that growing it keeps the soil healthy and well fertilised.

The origins of Lathyrus sativus are unclear. Archaeological evidence suggests that domestication of grass pea probably occurred in the Balkan region around 6,000 BC, and further remains have been found in India dating to 2,000-1,500 BC. Today, grass pea is widely cultivated in Asia, (especially in Bangladesh, India, Nepal, Pakistan and the Middle East), southern Europe and North Africa and to a lesser degree America, Australia and South Africa.

The crop can be grown on a wide range of soil types, including nutrient poor soils and heavy clays and can tolerate waterlogging and moderate salinity.

Overview: Lathyrus sativus is a much-branched annual herb up to 170 cm tall with a well developed taproot.

Leaves: The stem is slender, quadrangular and winged with leaves arranged alternately along it. Each leaf is composed of 1-4 leaflets and ends in a simple or branched tendril. Stipules (appendages at the base of the leaf) are narrowly triangular, prominent and leaf-like. The petiole (the part which connects the leaf to the stem) is usually winged and is up to 3.5 cm long.

Flowers: Blue, reddish-purple, red, pink or white and papilionaceous, typical of species belonging to the Leguminosae subfamily Papilionoideae, and resemble, for example, the common garden pea ( Pisum sativum ) flower. Each flower has 10 stamens, 9 of which are fused into a partial tube, with the tenth stamen free. The ovary is positioned above the sepals, petals and stamens.  The style is abruptly upturned and the stigma is spoon-shaped.

Fruit: An oblong, laterally flattened pod up to 5.5 x 2 cm and contains up to 7 seeds. The seeds are wedge-shaped, 4-7 mm in diameter and can be white, pale green, grey or brown, and sometimes have a marbled pattern.

Grass pea is cultivated mainly for its edible seeds which are typically consumed in the form of sauces and soups:

In Ethiopia and Eritrea, the pulse can be eaten after boiling or is ground and made into unleavened bread, known as 'kitta' which is consumed mainly during times of famine.In India, grass pea seeds are most commonly eaten as a 'dahl', they can also be made into paste balls, put in curry or boiled and eaten as a pulse.Flour, made by grinding the seeds is used to make 'roti' which is a staple food for landless labourers in Bangladesh.In India it is not an unusual practice to use grass pea to adulterate more expensive pulses such as chickpea or pigeon pea.

Care should be taken since consumption of grass pea beyond a certain threshold can cause paralysis of the lower limbs in people and animals, a disorder known as lathyrism.

The seeds are also frequently used as an ingredient in animal feed. In many Asian countries, the immature pods of the plant are cooked and eaten as a vegetable. It is also common to dry and store the young vegetative parts of grass pea so that they can be eaten outside of the growing season.

The high protein content and reliable yield of grass pea makes the crop excellent fodder for cattle and can be eaten green or as hay. Like many other legumes, grass pea is able to fix nitrogen from the air which means that the crop is valued as green manure, for example in Australia and Canada.

Grass pea also has medicinal uses, for example, the oil from the seeds is a powerful cathartic (stimulating bowel evacuation).

The wild relatives of grass pea are an important source of genetic diversity for the cultivation of low toxin varieties. Grass pea is one of the 29 priority crops that are the focus of the Adapting Agriculture to Climate Change project led by Kew's Millennium Seed Bank and the Global Crop Diversity Trust. By collecting the wild relatives of crops such as grass pea and making their seeds available to breeders, useful traits such as lower toxicity levels, in the case of grass pea, and resistance to pests, diseases and environmental stresses can be passed on to crops, making them more resilient and better equipped to deal with climate change.

The development of low toxin varieties of grass pea is a matter of food security and is something that will have a direct impact on the health and livelihood of thousands of people. Grass pea takes on a special importance in the light of climate change since tolerance to drought and flooding are characteristics that give the crop an advantage in stressful conditions.

The  Millennium Seed Bank Partnership aims to save plants worldwide, focusing on those plants which are under threat and those which are of most use in the future. Once seeds have been collected they are dried, packaged and stored at -20°C in our seed bank vault.

Seed storage behaviour: Orthodox (the seeds of this plant can be dried to a low moisture content without significantly reducing their viability. This means they are suitable for long-term frozen storage)

The crop is harmless to humans in small quantities. However, eating it as a major part of the diet over an extended period can cause permanent paralysis below the knees in adults and brain damage in children, a disorder known as lathyrism. 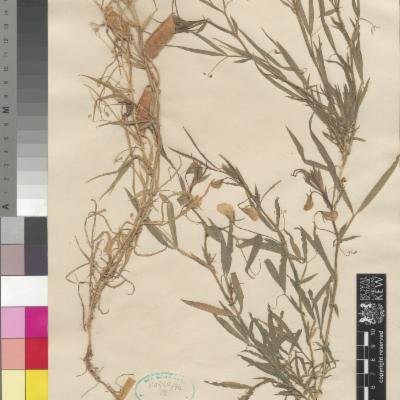 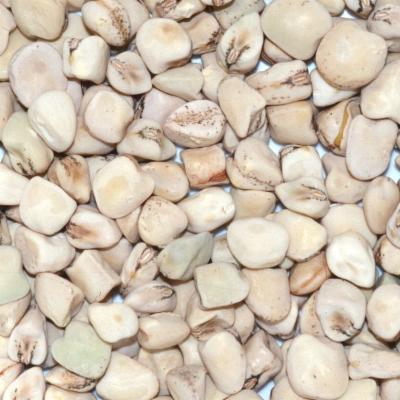 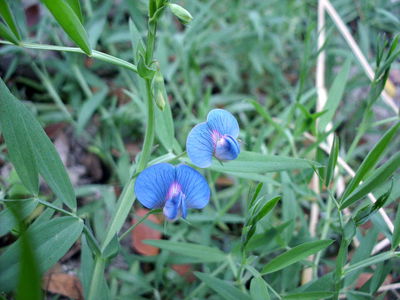 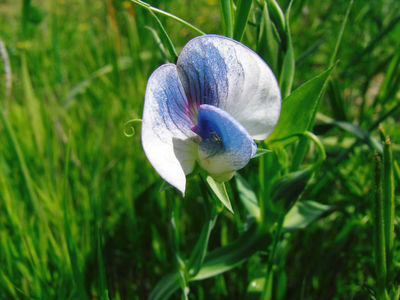 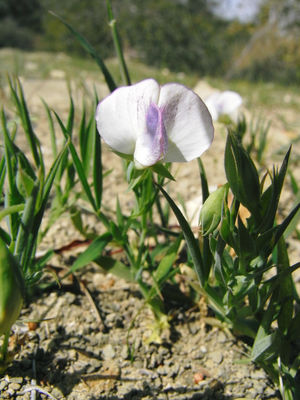 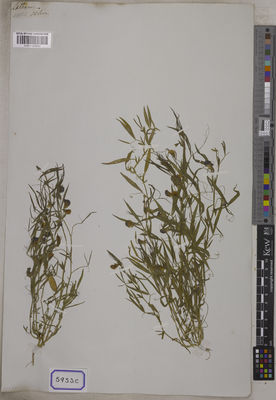