This species is accepted, and its native range is E. Medit. to W. Himalaya. It is has environmental uses, as animal food and a medicine and for food. 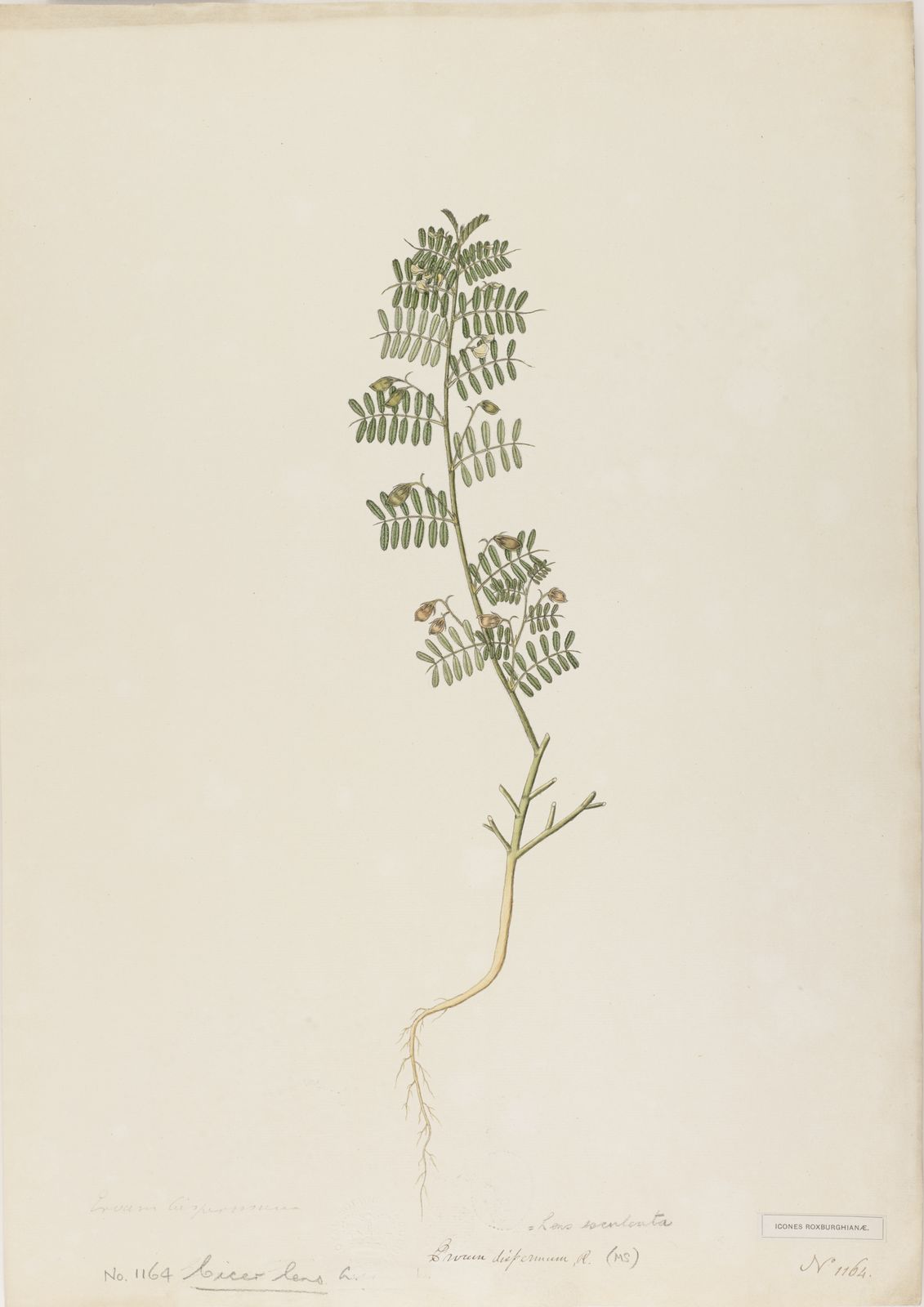 Lens culinaris, commonly known as lentil, is an important food source for millions of people all over the world. Lentil belongs to the plant family Leguminosae, also known as Fabaceae and, like many legumes, it has the ability to fix nitrogen from the air through a symbiotic relationship with bacteria housed in root nodules. As a result, lentil is incredibly high in protein. In addition, lentil is a good source of vitamins A and B, fibre, potassium, and iron, making it a favourite for people on meat-free diets.

Lentil is an ancient food crop which is thought to have originated in western Asia and then been spread by humans into the Mediterranean region, Asia, Africa and Europe.

The earliest archaeological remains of lentil are from Greece and dated to 11,000 BC. However, there is some uncertainty over whether these seeds are from domesticated plants or from wild ones. Further archaeological findings dated to 5,000 BC unequivocally indicate that domesticated lentil seeds were around at that time.

Lentil held great importance in ancient civilizations inspiring legends and customs. It is the first pulse crop mentioned in the Bible. Ancient Greeks, Romans and Jews commonly ate lentil as a part of their diet, and, for the poor in particular, lentil was a vital source of nutrients and energy.

Today, lentil is eaten in many parts of the world. It is cultivated in temperate and subtropical regions, and in the tropics farmers take advantage of cooler seasons and higher elevations to grow the crop.

Overview: Lens culinaris is an erect, pale green annual herb up to 75 cm tall. Its main stem is square in cross-section, and from it many branches extend.

Leaves: The pinnately compound leaves are arranged alternately along the stem. Each leaf consists of 5-16 leaflets which are inserted along the leaf's central axis (the rachis).

Flowers: The stalked flowers are arranged along an unbranched axis (a raceme). The racemes are about 7-flowered and axillary (arising from the point between the main stem and a leaf). The flowers are pale blue, white or pink and are papilionaceous, typical of species belonging to the Leguminosae subfamily Papilionoideae, and resemble, for example, the pea ( Pisum sativum ) flower. Each flower has 10 stamens (male reproductive organs) 9 of which are fused into a partial tube, with the tenth stamen free. The ovary (female reproductive organ) is positioned above the sepals, petals and stamens. The style is inflexed (bent inwards) and its inner surface is bearded.

Lentil seeds are a popular ingredient in soups and stews. They add flavour, protein and are rich in important vitamins and minerals. Lens culinaris is cultivated primarily for its edible seeds, which come in a variety of different colours, from yellow to orange, green and black reflecting their different tastes and nutritional composition.

Lentils play a major part in Ethiopian cuisine and each preparation has its own name. The sauce made from split seeds is called 'kik wot', boiled and salted lentils are termed 'nufro', cooked and mashed lentils is 'azifa' and 'elbet' is a word to describe the paste made from the flour.

In other parts of the world, lentils are used in salads, prepared into lentil burgers (with coriander-yoghurt sauce) and mixed with vegetables and mashed potato to make cottage pie, to name a few examples. In India, (split seed) dhal is used in soups and is consumed widely with nearly every meal.

The seeds can be ground to make flour which is used in cakes and bread. The young pods, sprouted seeds and leaves are eaten as a vegetable.

As well as being an excellent food source for humans, the high protein content of lentils makes them good for feeding animals, particularly poultry. The husks, bran and fresh or dried leafy stems are also used for fodder, especially in the Middle East and North Africa. Some people grow lentil for forage or as green manure and sometimes lentils are used as a source of starch for the textile and printing industries. Lentil straw can be used for fuel.

Lentil seeds can be eaten medicinally as a remedy for constipation and other digestive ailments and, in India, the seeds are applied as a poultice to slow-healing sores. In Ethiopia, lentil is reputed to be an aphrodisiac.

The 'Adapting Agriculture to Climate Change' project organised by the Millennium Seed Bank and the Global Crop Diversity Trust aims to collect, protect and prepare the seeds of the wild relatives of 29 key crop species, including lentil, so that pre-breeders can make use of the incredible genetic diversity they hold for the improvement of agriculture and to safeguard our future food security.

The Millennium Seed Bank Partnership aims to save plants worldwide, focusing on those plants which are under threat and those which are of most use in the future. Once seeds have been collected they are dried, packaged and stored at -20°C in our seed bank vault.

Seed storage behaviour: Orthodox (the seeds of this plant can be dried to low moisture content without significantly reducing their viability. This means they are suitable for long-term frozen storage such as at the MSB)

Distribution
Greece
Ecology
Sandy or clay soils in warm temperate and tropical zones.
Conservation
Unknown in the wild but widespread in cultivation.

Use Gene Sources
Crop wild relatives which may possess beneficial traits of value in breeding programmes (State of the World's Plants 2016). 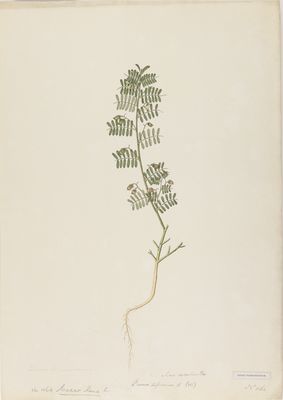 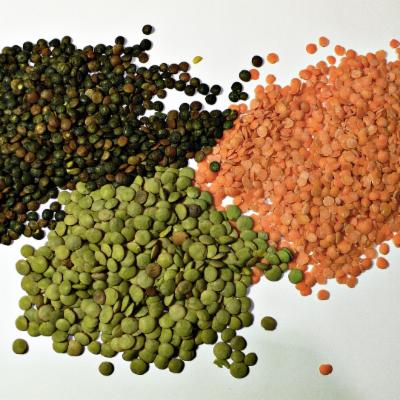 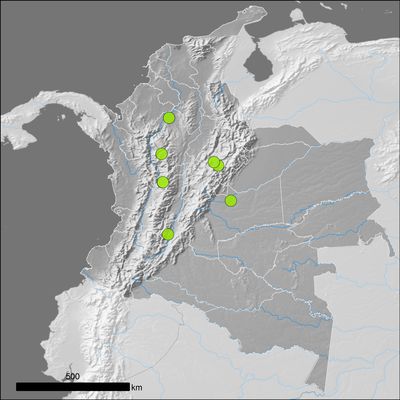 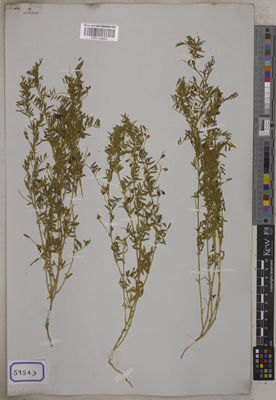