Aloe ferox is a common species on semi-arid plains and rocky mountain slopes of South Africa. It is both cultivated and collected from the wild for the colourless leaf gel and bitter brown leaf exudate. 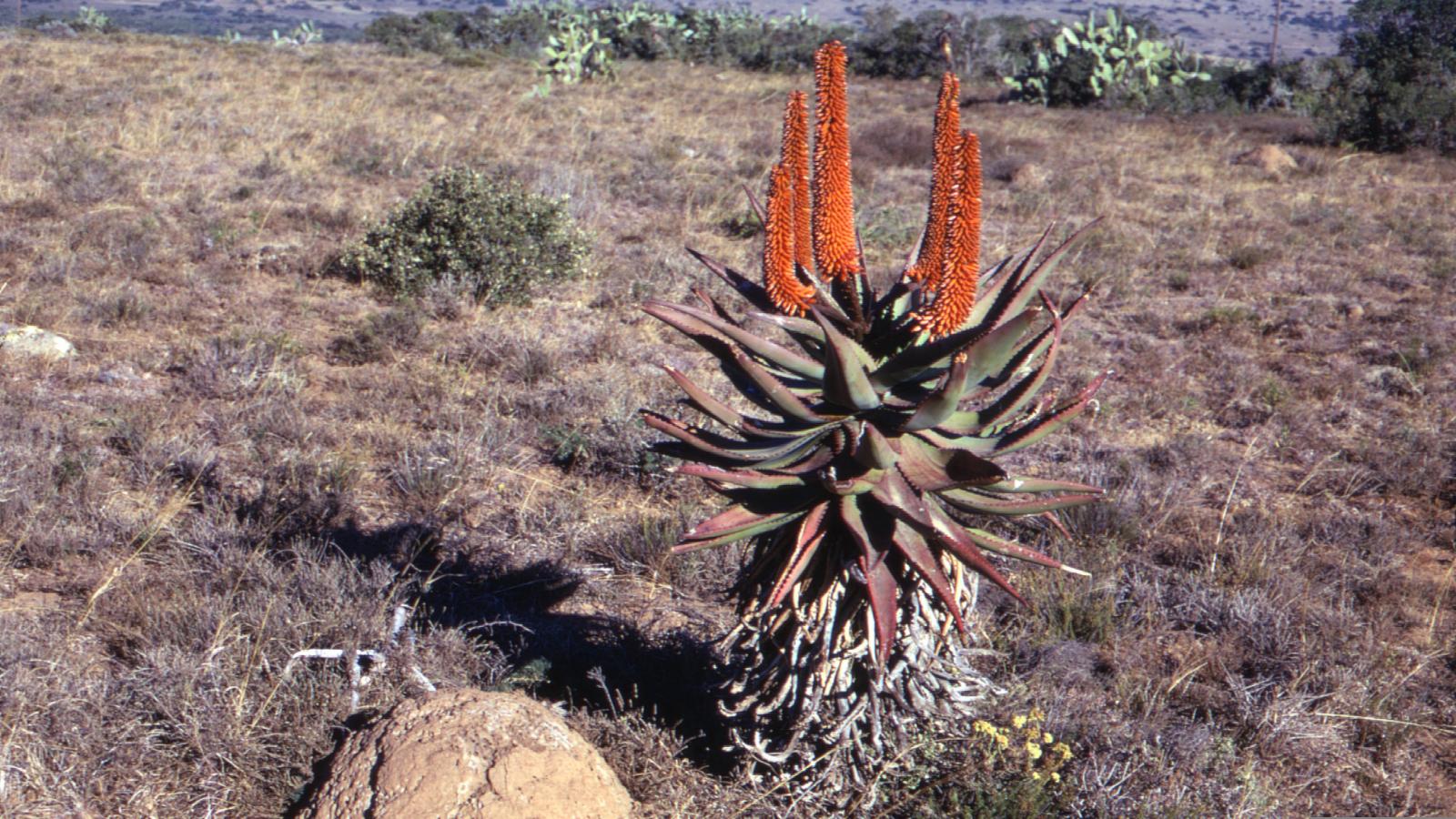 Aloe ferox is restricted to South Africa and Lesotho. The species is also common in cultivation.

Aloe ferox is a single-stemmed aloe, which usually grows up to 2 m or taller. The stem is covered in dried leaves, and the crown is a dense rosette of dull green to reddish brown succulent ones. Each leaf can be up to 1 m long, with dark brown spines along the margins and often scattered on the leaf surfaces, especially on the lower surface. The flowers are bright orange, tubular and about 3 cm long with dark orange stamens protruding from the mouth. The flowers are in up to ten or more cylindrical racemes on a branched panicle. Forms with bright red, yellow or white flowers are also known.

Aloe ferox was formerly classified as part of the Asphodelaceae family, but this has been revised to Xanthorrhoeaceae.

Aloe ferox is common throughout its range in South Africa. Most of the material used in commercial products is wild-harvested; there are concerns that increasing demands will threaten the sustainability of this resource.

The leaf parenchyma of Aloe ferox , known as 'aloe gel', has become a popular ingredient in cosmetics, herbal remedies and food supplements taken orally and applied to the skin. It is used in similar ways to the related species Aloe vera .

Aloe ferox is the source of Cape aloes, a bitter drug prepared from the leaf exudate, first exported from South Africa in 1761. The centuries-old local tradition of sustainably gathering leaves for this purpose continues in South Africa today. Mature leaves are removed from the plant and stacked around a central well. The pungent brown exudate drips from the cut surface of the leaves into the well. The exudate is then concentrated and dried to a yield a dark, glossy crystalline mass.

The exudate and the drug Cape aloes prepared from it are potent laxatives and purgatives rich in anthraquinones, of which the main compound is aloin. These anthraquinones may be harmful. The leaf exudate should not be used to treat children, or pregnant or breastfeeding women.

Seed storage behaviour: Orthodox - the seeds of this plant survive being dried without significantly reducing their viability, and are therefore amenable to long-term frozen storage such as at the MSB

Aloe ferox is not a demanding species to cultivate, and has no special requirements. It can be grown in a cool/warm glasshouse and put outside for the summer. It is best grown in free-draining compost, which should be soaked and allowed to dry out between waterings. It should be given lighter watering in winter, still allowing the compost to dry out in between. This species can be propagated from seed.

The bitter leaf exudate should not be taken by children, or by pregnant or breastfeeding women. 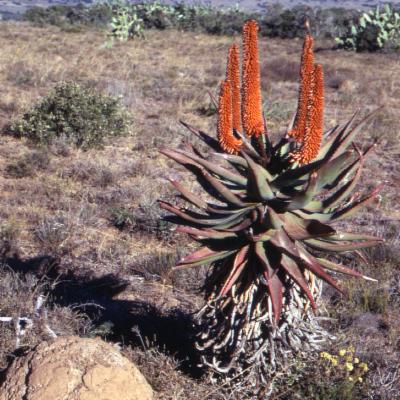 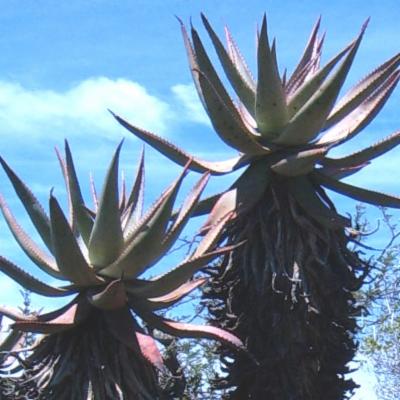 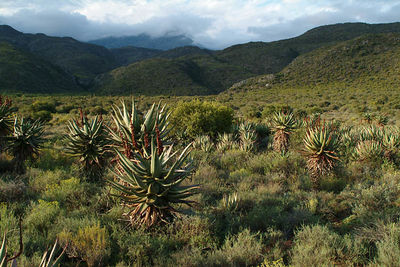 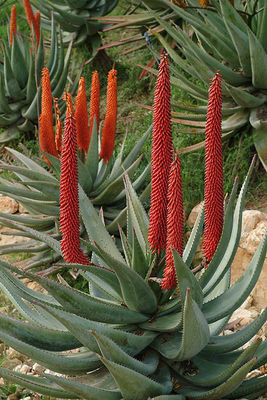 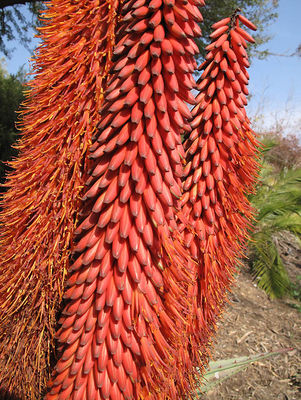 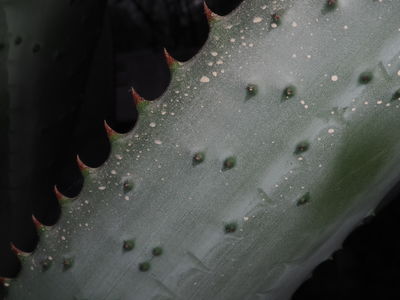 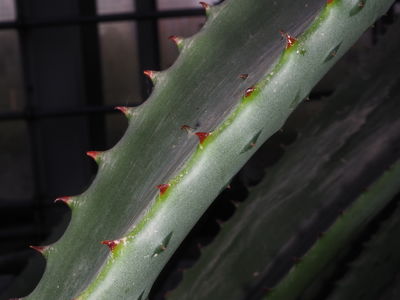 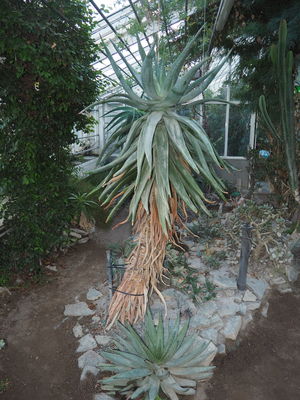 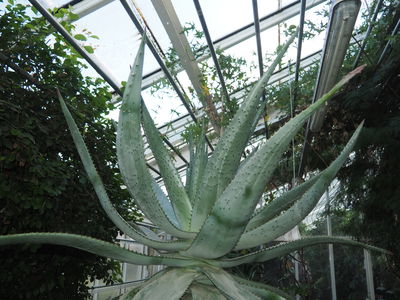 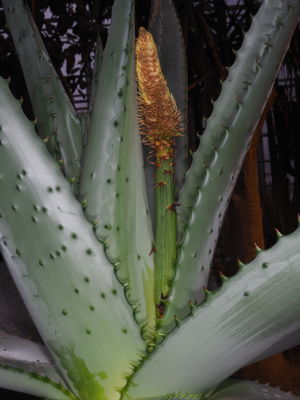 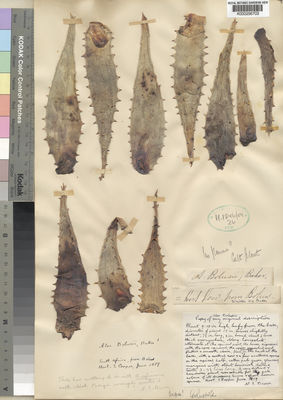