Aloe marlothii is one of the most iconic of the hundreds of aloes occurring in Africa; dense hillside populations of the tall mountain aloe, or bergaalwyn, are a familiar sight in southern Africa. 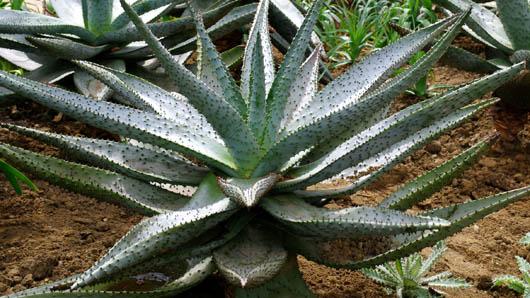 Aloe marlothii is one of the most iconic of the hundreds of aloes occurring in Africa; dense hillside populations of the tall mountain aloe, or bergaalwyn, are a familiar sight in southern Africa.

The species is named in honour of the man who discovered it, H.W.R. Marloth, a scientist whose important contributions to botany in southern Africa have been commemorated in several plant names besides this one. Two subspecies of Aloe marlothii are recognised: subspecies orientalis differs from subspecies marlothii in that it can grow in very sandy soils, including beach sand, and tends to form clumps, as well as having fewer leaf spines, a shorter stem and racemes borne at an angle rather than horizontally.

Aloe marlothii is found widely in southern Africa, including Botswana, Mozambique, Swaziland and South Africa. It is common in gardens.

Leaves: The leaves are dull green-brown, succulent, broad at the base and tapering to a sharp tip, 75-150 cm x 7.5-25 cm, with irregular brown spines on the surfaces and margins, and with the margins curled inwards.

Flowers: The inflorescence is a spreading, branched panicle with up to 30 racemes borne more or less horizontally. The tubular flowers vary from rich yellow to red, becoming lighter in colour on opening. They are 2-3 cm long, with pedicels of 3-5 cm long, and anthers protruding from the mouth.

The mountain aloe is widespread and common in southern Africa. The international trade of Aloe marlothii plants and derivatives is controlled by CITES, under which it is listed in Appendix II.

Aloe marlothii is one of the most frequently mentioned aloes of ethnomedicinal value. The many documented uses for this species have included the leaf exudate as a weaning aid and purgative, and leaf preparations to treat intestinal parasites. It is used in ethnoveterinary medicine to treat African horse sickness, as well as internal and external parasites in livestock.

It is likely that A. marlothii was the source of Natal aloes, one of the many drug aloes produced from the concentrated, dried bitter leaf exudate. Today, Aloe ferox is the main source of aloe products in South Africa.

The prickly leaves of A. marlothii were once used to scrape animal hides in preparation for manufacturing into garments.

The mountain aloe is a popular ornamental plant in southern Africa, and is commonly used in landscaping.

Number of seed collections stored in the Millennium Seed Bank: One.

Aloe marlothii can be grown from seed or can be propagated by offsets. Offsets are induced by scooping out the growing point at the centre of the rosette, thereby damaging it and causing a cluster of offsets to grow. When the offsets are big enough they can be cut out and rooted. This technique is suitable for single-headed specimens.

The offsets should be planted in pots with plenty of drainage holes. The compost mix used at Kew contains a large percentage of grit and Seramis (clay granulate) for good drainage.

Specimens of A. marlothii in the Princess of Wales Conservatory are watered once per month, after which the compost is allowed to dry out. When they are flowering they are watered twice a month. Large plants are supported by a sturdy stake.

Succulents at Kew are grown in the coldest conditions possible in order to keep pest levels down and reduce the need for artificial heating. Temperature control is partly achieved by good ventilation. For example, in the zone of the Princess of Wales Conservatory where A. marlothii grows, the vents are set to open when the daytime temperature reaches 15 ˚C and when the night-time temperature reaches 12 ˚C. Aloes are kept in the brightest conditions available.

A. marlothii does not suffer much from pests at Kew, apart from aphids on the inflorescence, however monitoring of damage from mealy bug and western flower thrips is carried out regularly.

Aloe marlothii can be seen in the south end of the Princess of Wales Conservatory, where it is supported by a pillar.

Dried specimens of mountain aloe are held in the Herbarium, one of the behind-the-scenes areas of Kew. The details, including images, of some of these can be seen online in the Herbarium Catalogue.

The specimens themselves are made available to researchers from around the world by appointment.

Scientists at Kew have had a long-term fascination with aloes. Over the last few decades, important findings on the biology of Aloe have been made by researchers at Kew. Dr Peter Brandham, Dr David Cutler, Tom Reynolds and co-workers in the Jodrell Laboratory have made contributions to the understanding of the chromosome structure, leaf morphology and chemical diversity of aloes.

Several species of Aloe have been discovered by Kew scientists; taxonomist Susan Carter and Dr Peter Brandham have named six species, including Aloe cheranganiensis from the Cherangani Hills in western Kenya, where it was first collected.

The Herbarium at Kew houses many of the specimens collected by the esteemed Aloe expert Dr Gilbert Reynolds, who made extensive contributions to the classification of aloes. Today, Kew scientists focus on the conservation status, uses and evolutionary biology of Aloe .

Between April and October 2010, Kew and the British Museum brought a small corner of South Africa to the heart of London.

The South Africa Landscape celebrated a shared vision to strengthen cultural understanding and support biodiversity conservation across the world.

Aloe marlothii (mountain aloe) was one of the star plants featured in the Landscape. 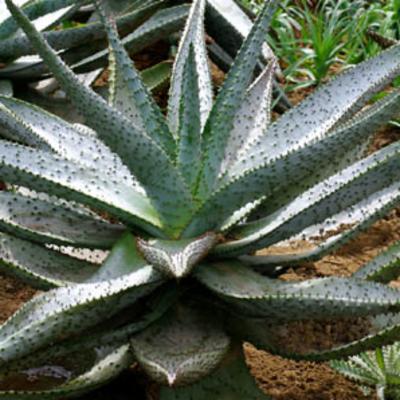 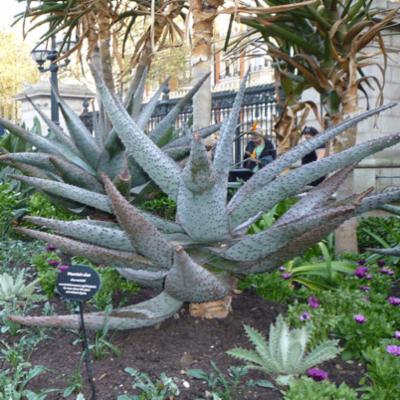 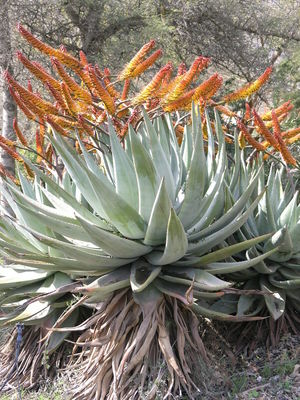 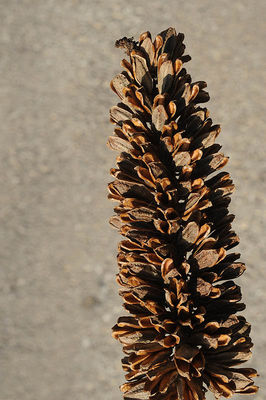 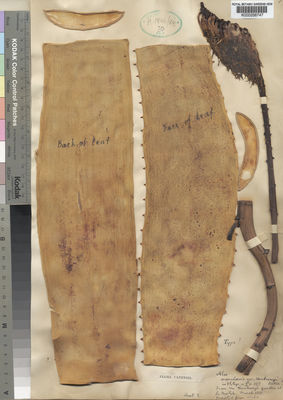