Star anise is an evergreen tree from the plant family Schisandraceae. It should not be confused with anise (Pimpinella anisum), which is from the parsley family (Apiaceae), although both species yield an essential oil containing anethole, which is used for flavouring drinks and confectionery. 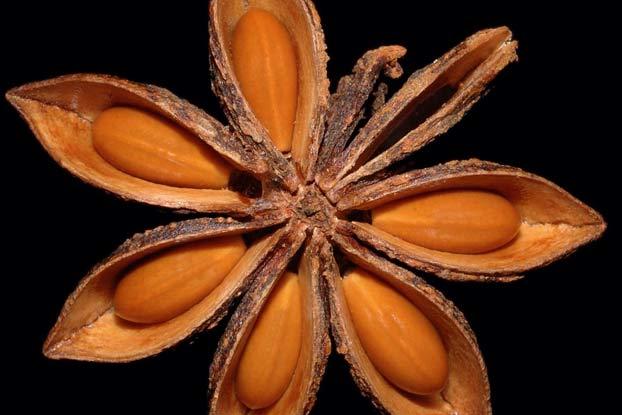 Star anise is an evergreen tree from the plant family Schisandraceae. It should not be confused with anise (Pimpinella anisum), which is from the parsley family (Apiaceae), although both species yield an essential oil containing anethole, which is used for flavouring drinks and confectionery.

The generic name Illicium derives from the Latin illicium, meaning allurement, and refers to the attractive fragrance of this group of small trees and shrubs.

Star anise is used in Chinese traditional medicine as a stimulant and expectorant, to relieve flatulence, to increase libido and as a tea to cure rheumatism. It is commonly used to flavour cough mixtures and pastilles. Seeds are chewed to aid digestion.

It has been used as a source of shikimic acid, a primary precursor in the production of anti-influenza drugs such as Tamiflu.

Illicium verum is thought most likely to be native to southern China and northeast Vietnam. It has been cultivated since about 2,000 BC, and it is difficult to determine whether plants growing in these areas are wild or naturalised.

Overview: An evergreen tree up to 15 m tall. Trunk about 25 cm in diameter with white bark.

Leaves: Glossy, leathery leaves are held in bunches of three to six.

Flowers : Solitary, yellow-green, sometimes flushed pink to dark red, with 7-12 tepals, up to 20 stamens (male organs) and usually 7-9 carpels (female organs). Usually produced from March to May and from August to October in China.

Fruits: Star-shaped, consisting of a ring of single-seeded, dark reddish-brown carpels attached to a central column. The fruits are fleshy, but on drying become woody and wrinkled. Usually produced from September to October and from March to April in China.

Star anise fruits are harvested just before ripening, when the essential oil content is high, and used to produce a spice which is similar in flavour to aniseed. Star anise is widely used in Chinese, Indian, Malaysian and Indonesian cuisines and is one ingredient of Chinese five spice (along with cloves, fennel seeds, Chinese cinnamon and Sichuan pepper). In China star anise is generally used in pork and chicken dishes. It is chewed after a meal to sweeten the breath.

Star anise is used in production of alcoholic beverages such as Galliano, sambuca, pastis and some types of absinthe. It is used to flavour Thai iced tea and sometimes as a cheaper substitute for anise in mulled wine.

Illicium verum is also cultivated as an aromatic ornamental in tropical climates, on account of its small, scented flowers and fragrant leaves.

Star anise or a toxic relative?

Scientists Melanie-Jayne Howes, Geoffrey Kite and Monique Simmonds at Kew's Jodrell Laboratory have developed a means to quickly characterise the volatile compounds of star anise fruits. This has been done using a technique called thermal desorption-gas chromatography-mass spectrometry. This method can be used to help distinguish star anise from the potentially toxic fruits of the closely related Japanese star anise ( Illicium anisatum ).

Plants are propagated from cuttings or seeds, which nestle inside the points of the star-shaped fruit. Seeds are collected from high-yielding trees and sown within three days of collection or else stored wet at 5°C for up to a year.

Seedlings are planted out in a well-manured field when they are three years old. Star anise gives off a strong, attractive aroma, making it pleasant to cultivate.

Dried and alcohol-preserved specimens of Illicium verum are held in Kew's Herbarium, where they are available to researchers from around the world by appointment. The details of some of these can be seen online in Kew's Herbarium Catalogue.

Specimens of star anise fruits, seeds, oil and anisic acid are held in Kew's Economic Botany Collection, where they are available to researchers by appointment.

None known, but Japanese star anise (Illicium anisatum), which is similar in appearance, is highly toxic.

Use
Food and drink, medicine, ornamental.

Use Food
Used for food.
Use Materials
Used as material.
Use Medicines
Medical uses. 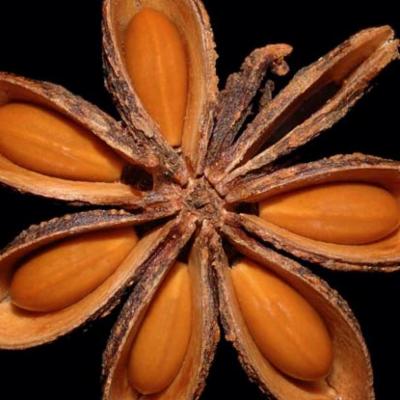 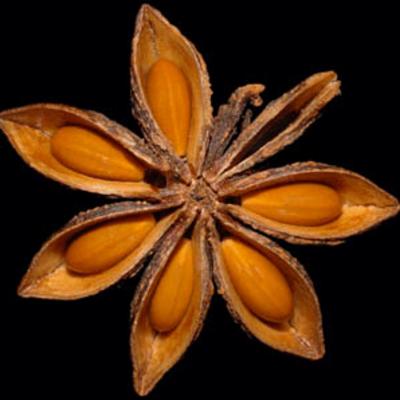 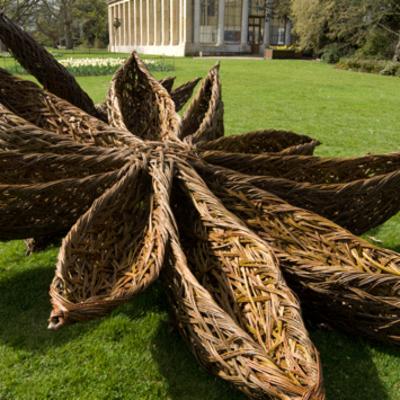 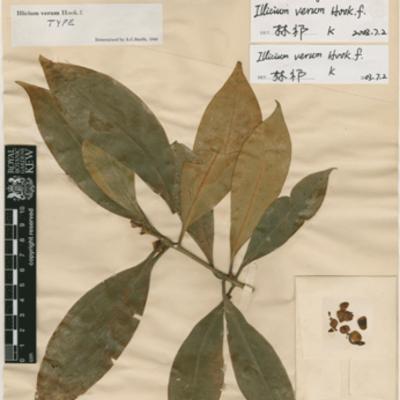 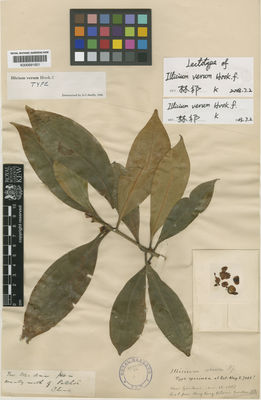