Breadfruit is a tropical tree, commonly cultivated for food in the Pacific Islands, Malesia (Malaysia, Indonesia, New Guinea, the Philippines and Brunei) and southern India. The fruits are large and green or yellowish, with a lumpy or spiny surface. They are full of starch and may be cooked whole, stuffed with meat, coconut or fruit, or stored as a fermented mash. The taste when cooked has been compared to bread or potato. 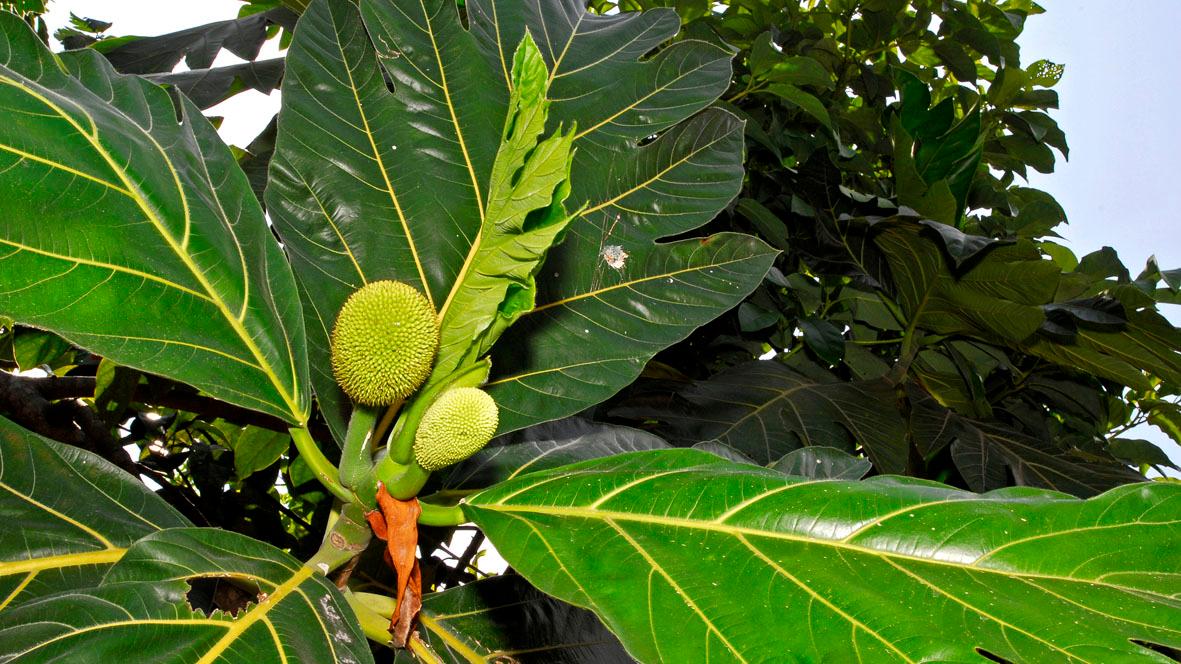 Breadfruit is a tropical tree, commonly cultivated for food in the Pacific Islands, Malesia (Malaysia, Indonesia, New Guinea, the Philippines and Brunei) and southern India. The fruits are large and green or yellowish, with a lumpy or spiny surface. They are full of starch and may be cooked whole, stuffed with meat, coconut or fruit, or stored as a fermented mash. The taste when cooked has been compared to bread or potato.

Artocarpus altilis is thought to be native to northern New Guinea, but it has been widely cultivated in south-east Asia and the Pacific region for thousands of years, and is now cultivated throughout the tropics.

Overview: Breadfruit is an evergreen tree growing up to 26 m tall, but most commonly measuring around 15 m. The twigs contain a milky latex.

Leaves:The large leaves are up to 30 cm long, and are deeply cut into seven or nine pointed lobes.

Flowers:The male and female inflorescences are borne separately on the same tree, the male ones being sausage-shaped, producing masses of pollen, while the female ones are club-shaped. Pollination is carried out by fruit bats, but cultivated varieties produce fruit without pollination. The fruit is a highly specialised structure called a syncarp (multiple fruit produced by the adhesion of fruits from a number of flowers).

Breadfruit is the staple diet of many people in the Pacific Islands. The fruits contain 70% water and 30% starch and sugars, with significant amounts of vitamin C and small amounts of other vitamins and minerals. The fruit pulp of seedless varieties is preferred for eating. Varieties containing seeds are sometimes referred to as 'breadnut'. The seeds can be boiled, baked or fried and have the flavour of groundnuts (peanuts).

The milky latex of the tree can be used for caulking boats. The leaves and latex are used medicinally to treat fungal diseases, to ease sprains or to treat diarrhoea. Herbal tea can be made from the leaves. The inner bark can be woven into a coarse cloth or rope. The timber of breadfruit is resistant to termites and is used for building houses and boats.

Bligh's mission to take breadfruit to the Caribbean

On his circumnavigation of the globe, Captain James Cook (1728-1779), accompanied by the young Joseph Banks, found breadfruit being grown and eaten as a staple crop on the Pacific Islands, particularly on Tahiti. On their return to England, the Admiralty sent Lieutenant William Bligh to the Pacific on HMS Bounty in 1787, at Banks' suggestion, to collect young breadfruit plants and take them to the Caribbean to help feed the slaves on the plantations there.

Bligh and his crew successfully collected over 1,000 seedlings, but shortly after leaving Tahiti in 1789 the crew mutinied, reportedly because they were unwilling to leave the 'paradise' of Tahiti where several of them had developed romantic attachments to Tahitian women. Bligh and 19 men who were loyal to him, were put into a 7 metre open boat and set adrift, while the mutineers, led by Fletcher Christian, sailed back to Tahiti in HMS Bounty. They picked up livestock and Tahitian men and women, and eventually sailed on to the uninhabited Pitcairn Island, where they settled. Descendants of the Bounty mutineers and their Tahitian partners still live on Pitcairn today.

Remarkably, without even a chart, Bligh and his loyal men successfully navigated 5,822 km in 47 days to reach Timor, and eventually arrived back in England in 1790. Tragically, not all the crew returned. David Nelson (the expedition's botanist, who had received his training at Kew under Joseph Banks and William Aiton) died on Timor. Accounts vary as to the cause of his death, but he had probably become exhausted by the perilous voyage across the Pacific. He appears to have contracted a fever whilst on Timor, but there is a suggestion he may also have eaten poisonous berries while out plant-collecting.

In 1792 Bligh, by then a Captain, was again in Tahiti, and this time left with over 2,600 breadfruit plants and successfully introduced breadfruit to St Vincent and Jamaica. Several of the trees raised from suckers from Bligh's original introduction now grow in the St Vincent and the Grenadines Botanic Gardens in Kingstown, St Vincent.

Using DNA fingerprinting, scientists are able to determine the relationships between closely related species of Artocarpus and breadfruit cultivars. Most Melanesian and Polynesian cultivars seem to have arisen over generations of vegetative propagation and selection from Artocarpus camansi (native to New Guinea), while most Micronesian breadfruit cultivars appear to be the result of crossing between A. camansi -derived breadfruit and a related species, A. mariannensis (native to the Mariana Islands and Palau).

Because breadfruit is largely dependent on humans for dispersal, this botanical research has been correlated with ideas regarding the human colonisation of Oceania. The results support the theory that humans from the west travelled via Melanesia (Solomon Islands, Vanuatu etc.) to settle in Polynesia (the islands in the central and southern Pacific), and that further long-distance migration also took place from Melanesia northwards to Micronesia.

Seed storage behaviour: Recalcitrant (the seeds of this plant are not amenable to long term frozen storage as they do not survive drying to the required levels)

Artocarpus altilis grows well in tropical climates in deep, fertile alluvial soils, limestone soils and on coastal sands. Some varieties even tolerate brackish water and salt spray. Propagation of seedless varieties (those commonly planted for their edible fruit) is by suckers or root cuttings. Recently, micropropagation has been used to mass-produce uniform clones for planting in commercial orchards.

Breadfruit can be seen growing in the North Wing of the Palm House at Kew. Pressed and dried specimens are held in the Herbarium, where they are available to researchers by appointment. The details of some of these, including images, can be seen online in the Herbarium Catalogue.

Specimens of Artocarpus altilis wood and seeds are held in the Economic Botany Collection in the Sir Joseph Banks Building and are available to researchers by appointment.

Use
Food plant in the tropics, timber, medicinal, occasionally planted as an ornamental. 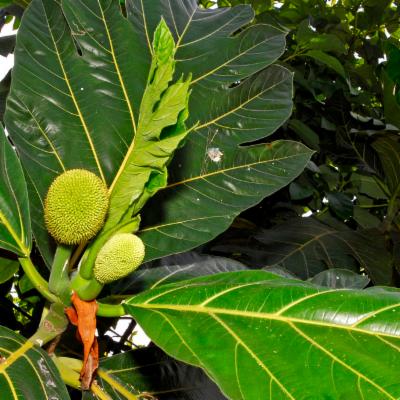 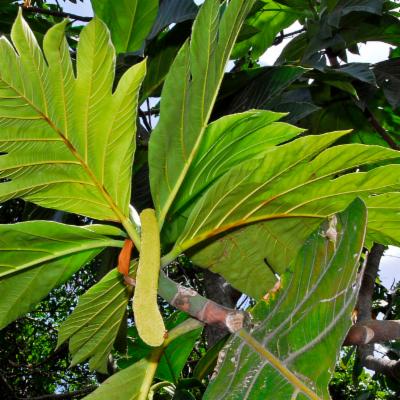 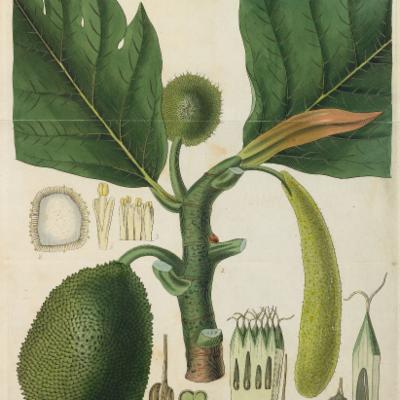 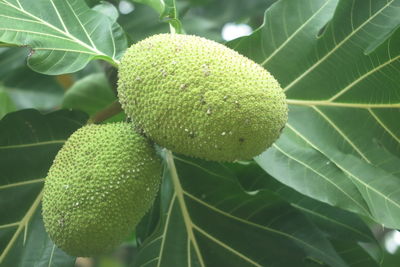 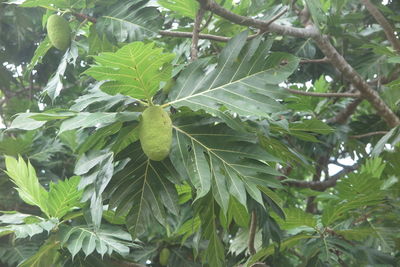 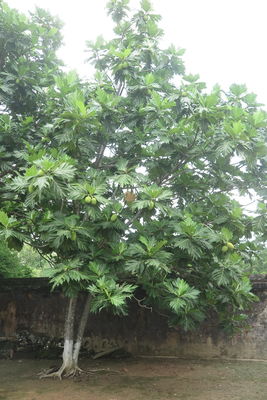 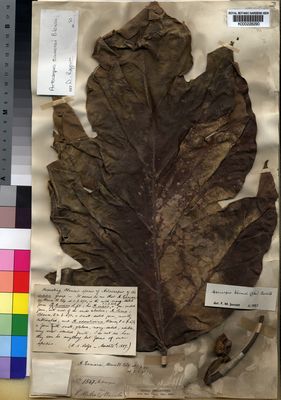 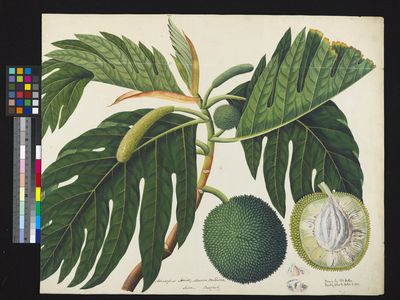 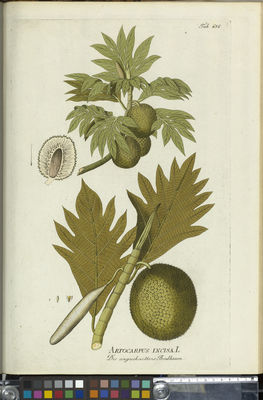 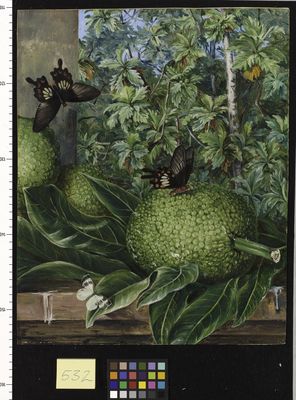 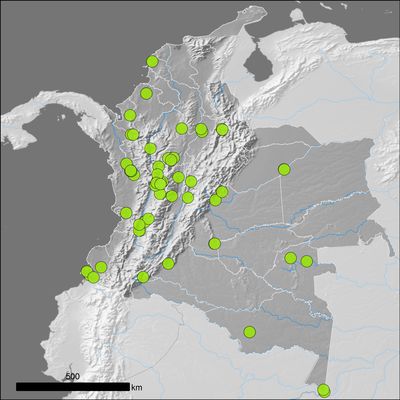 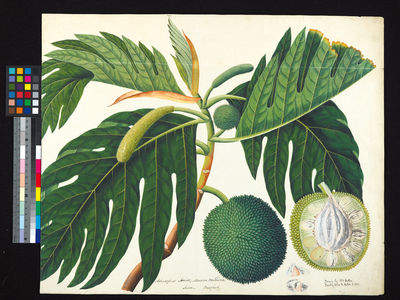 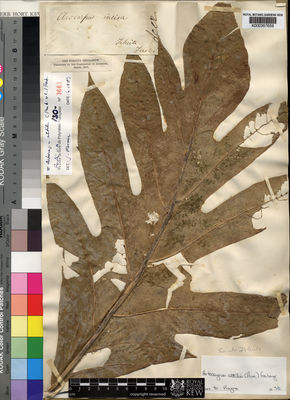 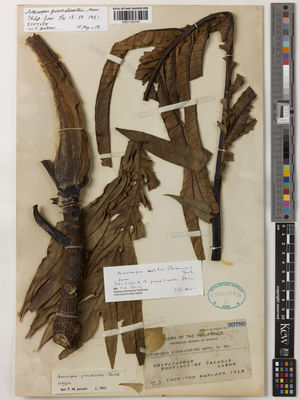