Tasmanian blue gum was first described in 1799 by Jacques de Labillardière, a French botanist who collected specimens at Recherche Bay on the south-east coast of Tasmania during the d'Entrecasteaux expedition in 1792. The specific epithet globulus is Latin for globe-like or spherical and refers to the shape of the fruit. 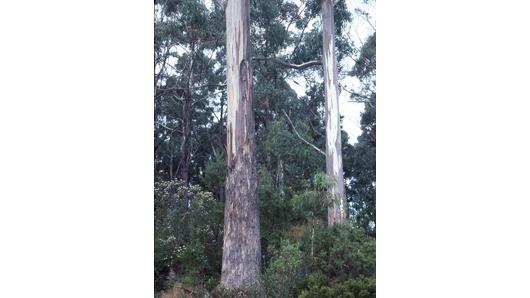 General Description
The principal source of eucalyptus oil, Tasmanian blue gum is a tall, evergreen tree native to Tasmania and Victoria and is the most widely cultivated eucalypt across Australia and the rest of the world.

Tasmanian blue gum was first described in 1799 by Jacques de Labillardière, a French botanist who collected specimens at Recherche Bay on the south-east coast of Tasmania during the d'Entrecasteaux expedition in 1792. The specific epithet globulus is Latin for globe-like or spherical and refers to the shape of the fruit.

Eucalyptus globulus forms tall, open forests, growing in monospecific stands or with other species of eucalypt. It can grow as a stunted shrub in extreme environments, such as on rock outcrops. It is adapted to temperate environments with winter rainfall and sufficient summer rainfall, and thrives in the cool zones of tropical mountains. It is widely planted across southern Australia and in many other parts of the world for paper pulp and timber production, and as an ornamental. In 1962, E. globulus was proclaimed the floral emblem of Tasmania.

The leaves of Eucalyptus globulus are the principal source of eucalyptus oil. The oil is antiseptic and is used medicinally as a decongestant for treating catarrh, bronchitis and influenza. It is also used in liniments for bruises, sprains and muscular pains, and to make herbal tea infusions.

Widespread and locally abundant in east and south-east Tasmania. There are also isolated natural occurrences on the west coast of Tasmania, on King and Flinders Islands in the Bass Strait, and in the state of Victoria. It has been widely planted in temperate South America, China and sub-Saharan Africa. Vast plantations have been established in southern Australia, Spain, Chile and elsewhere. Tasmanian blue gum was first introduced to the British Isles in 1829 and survives outdoors in gardens with a mild climate.

Varied in form, occurring as a stunted shrub or a medium to very tall (up to 70 m) evergreen tree, with a trunk diameter up to 2 m. The bark at the base of the tree is rough and persistent but peels to reveal long strips of the smooth, pale grey, white or yellowish trunk for most of its height. The petioles (leaf stalks) are winged and somewhat square in cross-section.

The juvenile leaves are positioned in opposite pairs, are blue-green in colour with a waxy surface, and up to 15 cm long and 11 cm wide. The adult leaves are borne alternately on the stem and are glossy, green to dark green. They have petioles and are narrower and longer (up to 30 cm long and 3 cm wide) than the juvenile leaves, and are sickle-shaped with numerous oil glands.

The inflorescence arises from the leaf axil and is unbranched with a single flower (occasionally three flowers). The pedicel (flower stalk) is absent or very short (up to 0.4 cm). The buds are glaucous, with four or more distinct ridges. The operculum (cap covering the stamens) is flattened with a prominent, warty, central knob.

The flowers are white or cream, produce copious amounts of nectar and are pollinated by birds, mammals and insects. The hemispherical, woody fruits are 1.5-2.5 cm in diameter, with a broad disc and 4 or 5 valves.

Eucalyptus globulus as a species is not considered threatened, and its gene pool is diverse, both in its native range and in terms of 'landraces' that have evolved locally in countries where it is now planted. However, E. globulus forests are conserved in several protected areas in Tasmania and Victoria, such as Maria Island National Park, Freycinet National Park, Tasman Arch State Reserve and St Mary's Pass State Reserve.

Tasmanian blue gum is a significant invasive alien in parts of California and elsewhere. It is just beginning to escape from plantations in south-west Australia following two decades of large-scale introductions.

The flowers of Tasmanian blue gum produce copious volumes of nectar resulting in strongly flavoured honey. The timber, which is pale, hard and durable, is especially valuable for heavy construction (including wharves, bridges and railway sleepers) and is also used for fence poles.

Tasmanian blue gum is widely planted for paper pulp, is an important source of firewood, and makes good charcoal. It is also used to control soil erosion, on account of its wide-spreading roots and fast growth rate. The species has also been planted in swampy areas in Algeria, Lebanon, Italy and California with the purpose of drying the soil and reducing the breeding habitat for malarial mosquitoes.

A newly expanding use of E. globulus is for carbon sequestration, to mitigate the effects of rising CO2 levels in the atmosphere. Tasmanian blue gum also has horticultural value due to the unusual colour and form of the blue-grey juvenile leaves. Young stems are cut and used in floristry.

Number of seed collections stored in the Millennium Seed Bank : 7 Seed storage behaviour : Orthodox (the seeds of this plant survive being dried without significantly reducing their viability, and are therefore amenable to long-term frozen storage such as at the MSB)

Tasmanian blue gum can be seen growing near Brentford Gate and Climbers and Creepers at Kew Gardens, and is also grown in the nursery at Wakehurst.

Pressed and dried specimens of Eucalyptus globulus are held in Kew's Herbarium, where they are available to researchers from around the world, by appointment.

Specimens of oil, bark, gum, leaves, fruits, wood and items such as jewellery, a walking stick and even a cigar made from parts of E. globulus are held in the Economic Botany Collection at Kew.

Eucalyptus globulus (Tasmanian blue gum) was one of 12 star plants featured in the Landscape, which took you on a journey across a whole continent, from eastern Australia's coastal habitat, through the arid red centre, to the western Australian granite outcrop featuring unique and highly endangered plants.

Eucalyptus oil can cause headaches and convulsions and can be fatal if ingested. It should be kept out of the reach of children. The oil can also cause contact dermatitis. 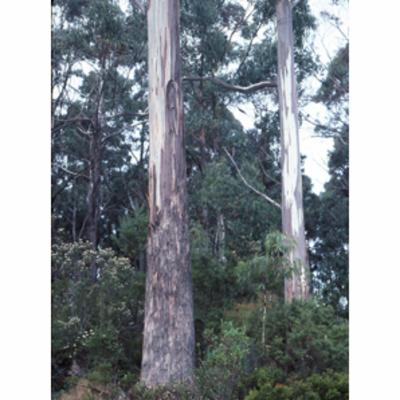 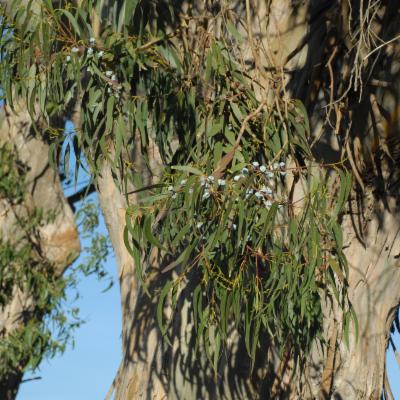 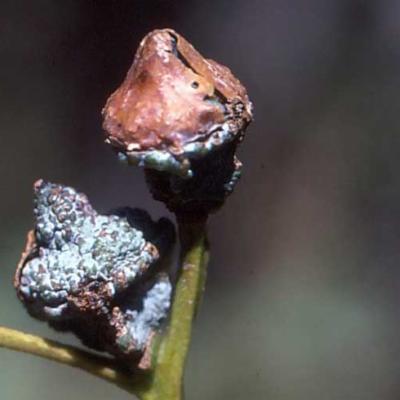 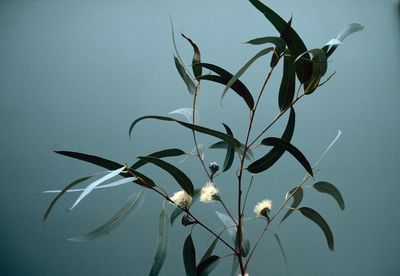 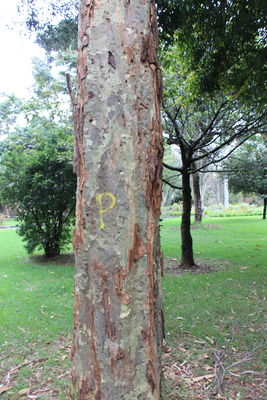 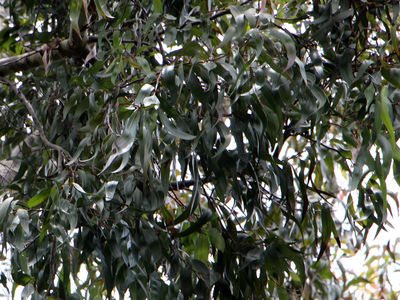 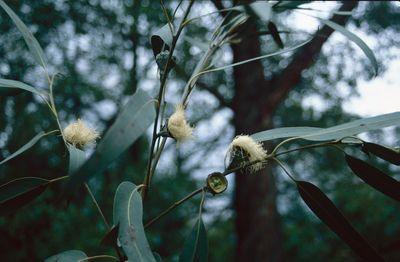 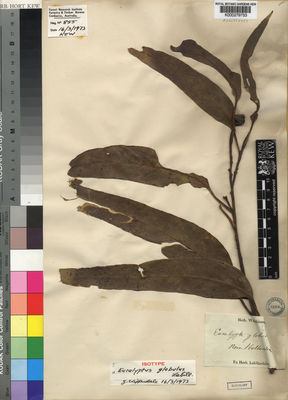 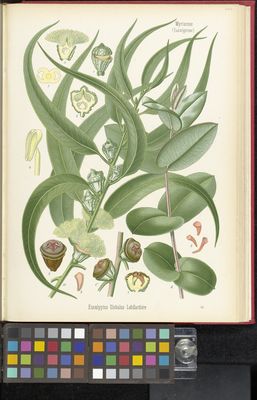 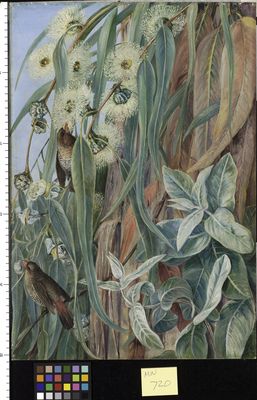 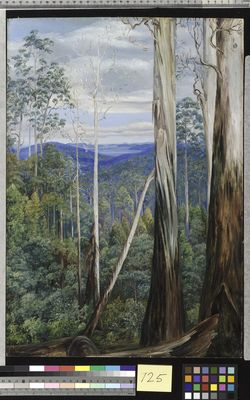 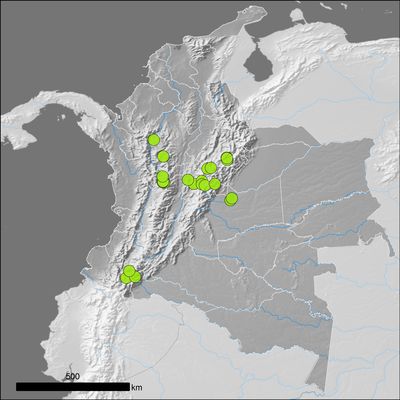