This genus is accepted, and its native range is Chad, E. Medit. to Himalaya. 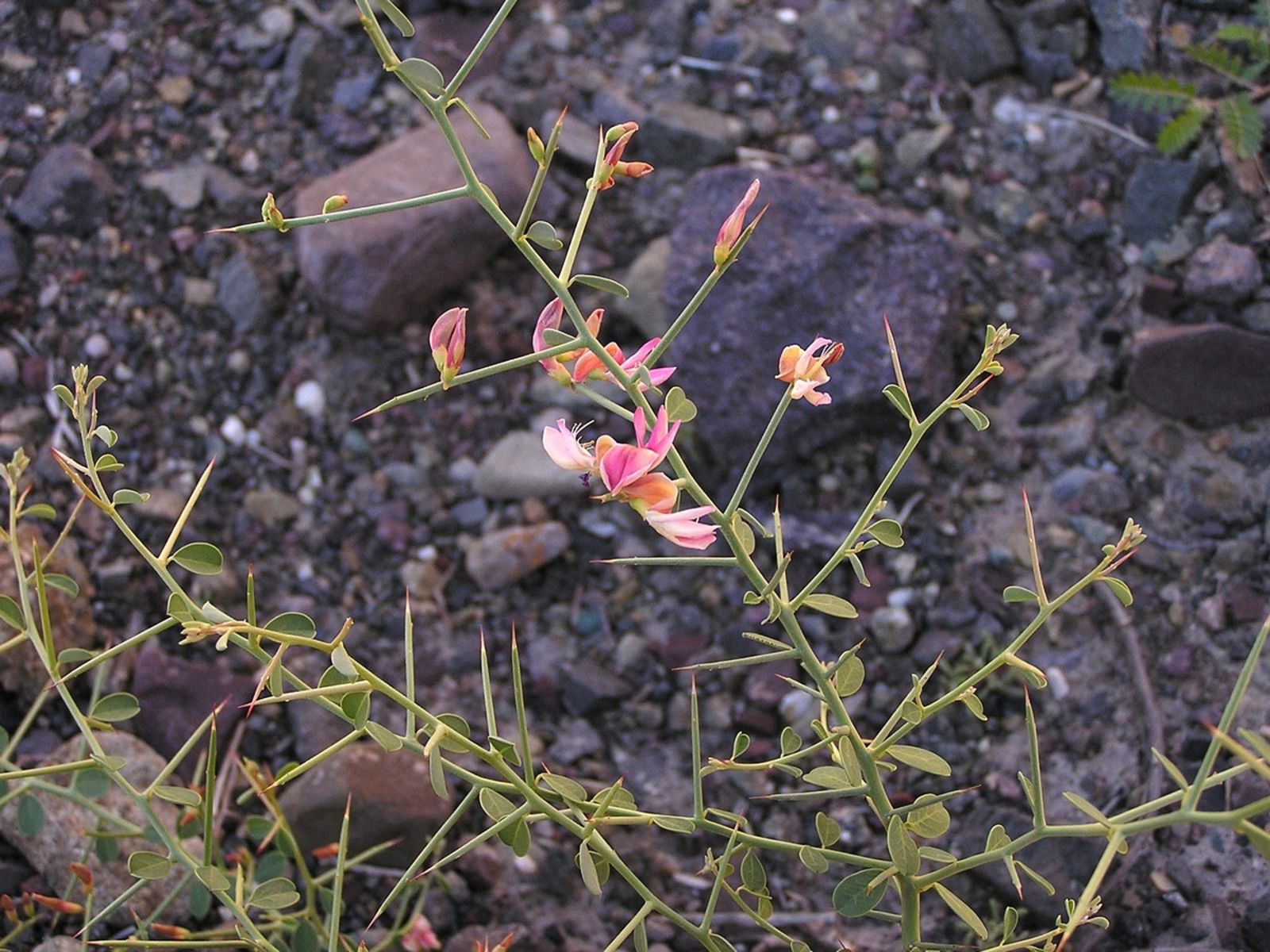 Habit
Shrubs or herbs
Ecology
Mediterranean and continental temperate desert, semi-desert, shrubland and bushland
Distribution
E Mediterranean (including N Africa) to W and C Asia, Himalaya, India, Mongolia and China; naturalised in Australia
Note
The tribal placement has been much disputed between Hedysareae and Galegeae, but molecular data suggest that its affinities may lie with the former (Wojciechowski et al., 2000); the number of species is disputed and there may only be a single variable species. The generic name is often attributed to Adanson, but Gagnebin published it first

The history of Hedysareae is summarised by Polhill (1981j). Originally the tribe, as defined by De Candolle (1825) and Bentham (1865), incorporated most of the leguminous taxa with jointed fruits, in six sub-tribes — Coronilleae, Eu-Hedysareae, Aeschynomeneae, Adesmieae, Stylosantheae and Desmodieae. Hutchinson (1964) was the first to treat the tribe in its present, restricted, sense. As well as the genera here placed in Hedysareae, he included Corethrodendron and the enigmatic Baueropsis (Bauerella) which is a synonym of Cullen (Polhill & Raven, 1981: 56), possibly based on C. badocanum (Blanco) Verdc. (A.S. George, pers. comm.) (= Baueropsis tomentosa (Schindl.) Hutch.). Polhill regarded the Hedysareae in this restricted sense as a single complex centred on Hedysarum and Onobrychis, with a few minor segregates. Choi & Ohashi (1996), on the basis of pollen morphology, held that there is little basis for maintaining Taverniera and Stracheya as distinct from Hedysarum, and they supported Polhill’s (1981j) decision to sink Corethrodendron into Hedysarum. Polhill (1981j) himself had pointed out that it is difficult to separate Taverniera and some sections of Hedysarum unambiguously, and that Ebenus and Onobrychis are also very similar. Choi & Ohashi (2003) placed Stracheya into synonymy under a more narrowly circumscribed Hedysarum, and recognised Sulla as a distinct generic segregate; they also resurrected Corethrodendron and maintained Taverniera as a distinct genus. Choi & Ohashi (1998) proposed to conserve the name Hedysarum with a new type species, since the designated type species, H. coronarium L., should now be placed in Sulla. Some 180 species currently in Hedysarum (estimates are increased here based on Yakovlev et al., 1996), would otherwise need new combinations under Stracheya (the next available name with Corethrodendron and Sulla resurrected as genera). Recent molecular sequence data (Wojciechowski et al., 2000) suggest that four genera usually placed in a polyphyletic Galegeae, i.e. Alhagi, Caragana, Calophaca and Halimodendron, form a single clade sister to Hedysareae and are best placed within it — a course that is followed here.

The tribe as a whole usually occurs in dry open places with a continental temperate or mediterranean climate, and is restricted to Eurasia, N America, and the Horn of Africa with Socotra. The tribe, as treated here, is dominated by three large genera, Hedysarum, Onobrychis and Caragana. Hedysarum occurs in the mediterranean, warm temperate and continental temperate zones of Eurasia and N America (where there are four species with several subspecies and varieties). Polhill (1981j) listed the number of species as ‘about 100’ but Yakovlev et al. (1996) feel that this is much too low and suggest 200 (reduced to c. 160 species here, excluding the recently resurrected generic segregates Corethrodendron and Sulla (Choi & Ohashi, 2003)). Onobrychis with c. 130 species occurs only in Eurasia and its centre of diversity is in the continental temperate and warm-temperate zones of the Irano-Turanian region. The four genera sometimes regarded as part of Galegeae but forming the Hedysaroid clade (Wojciechowski et al., 2000), are mainly Asian in distribution. Halimodendron includes a single species, a tree of usually saline arid or semi-arid C Asia. The species of Alhagi are all spiny desert or semi-desert shrubs, sometimes becoming weeds because of their ability to sprout from the rootstock; specific limits are controversial and it is possible that there may be just one variable species. Calophaca is a small genus (perhaps 8 species) of shrubs and small trees, occurring from SE Europe to C Asia, usually in semi-arid sites. The largest genus in this group is Caragana, which may contain upward of 70 species, all shrubs, occurring from SE Europe to China.

Hedysareae is part of Polhill’s ‘Temperate Herbaceous Group’ and has been traditionally placed close to Galegeae. Sanderson & Wojciechowski (1996), using nrDNA ITS data, found a strongly supported Hedysaroid clade within the Inverted Repeat Lacking Clade (IRLC). This also included Alhagi, a genus whose position has long been controversial. This clade was sister to a group including Caragana, Calophaca and Halimodendron. Wojciechowski et al. (2000; 2004) obtained similar results using the chloroplast matK gene; this analysis placed the ‘Hedysaroid clade’ as sister to the ‘Astragalean clade’. However, their supertree (Wojciechowski et al., 2001) placed the ‘Hedysaroid clade’ outside both their Astragalean and Vicioid clades. The Hedysareae remain undersampled, and a full analysis including all the genera is overdue, both to improve our understanding of the relationships of the tribe as a whole, and also to help in the definition of generic limits within it. In this treatment, the Hedysareae comprises 12 genera and (400)–427–(453) species (Fig. 54).

Use
Used for edible gums (e.g., manna which is a sweet exudate from twigs of A. graecorum Boiss. ), famine food (roots), medicine, forage, dye and fuelwood; useful in erosion control and as bee plants, but weedy in some areas where introduced (e.g., N America) 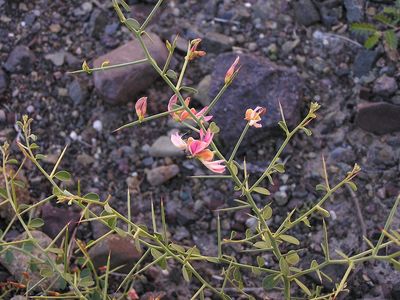 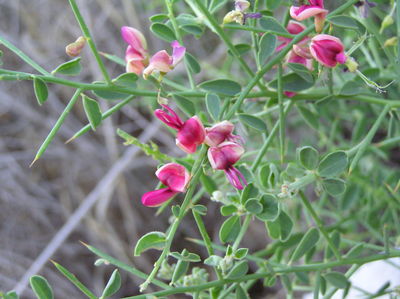 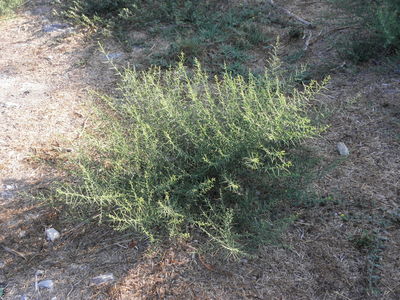 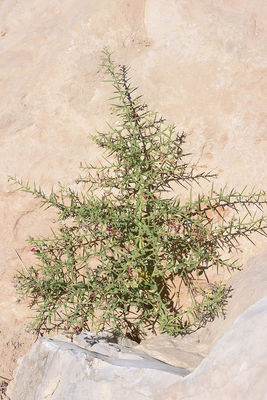 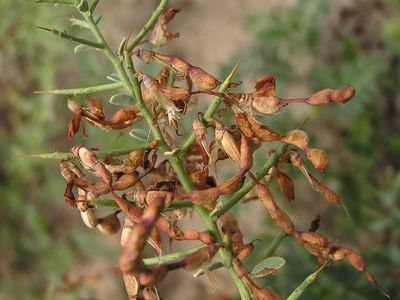 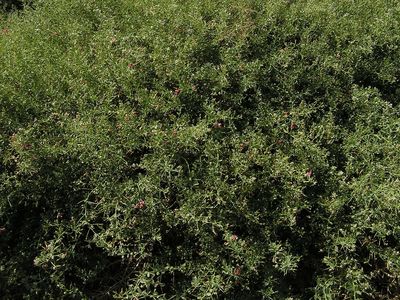