One of Europe's largest native deciduous trees, European ash is valued for its strong, elastic timber. Its petal-less, wind-pollinated flowers open on bare branches in about April, and the leaves do not break from their buds until about a month later. The characteristic bunches of winged fruits, commonly known as keys, dangle from the branches in late summer and autumn. 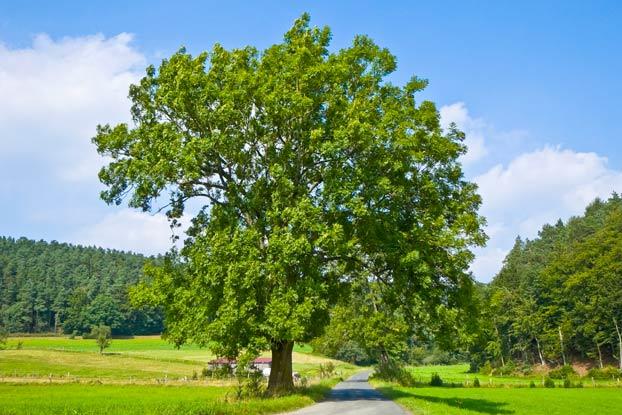 One of Europe's largest native deciduous trees, European ash is valued for its strong, elastic timber. Its petal-less, wind-pollinated flowers open on bare branches in about April, and the leaves do not break from their buds until about a month later. The characteristic bunches of winged fruits, commonly known as keys, dangle from the branches in late summer and autumn.

Long seen as a common, resilient, rapidly-growing tree, its future is now uncertain due to the appearance of the fungal disease commonly known as 'chalara ash dieback'. The pathogen responsible for this disease has been identified as Hymenoscyphus fraxineus (originally described as Chalara fraxinea, hence the frequent use of this name in the popular literature). This fungal disease has caused widespread damage to European ash populations and is still spreading. Infected trees cannot be cured, although some individuals appear to be genetically resistant to the disease and show few symptoms.

European ash is native to Europe and Iran.

Leaves: 20-25 cm long, divided into 9-13 toothed leaflets, dark green above and paler beneath. Leaves are in opposing pairs.

Flowers: Unisexual or bisexual (on the same or separate trees), in dense clusters, appearing before leaves. Individual flowers are small, inconspicuous, with no petals or sepals, and wind-pollinated.

Fruits: Dry, one-seeded, winged fruits up to 4 cm long. Borne in bunches and often referred to as 'keys'.

European ash is under threat from 'chalara ash dieback', which is caused by the fungus Hymenoscyphus fraxineus (often referred to as Chalara fraxinea in the popular literature). The disease causes dieback of the crown and loss of leaves and can lead to death of the tree if the fungal mycelia progress into the woody tissues. A wide range of Fraxinus species have reportedly been infected with this disease, although F. excelsior is one of the most severely affected species.

Trees were reported dying back in large numbers in Poland in 1992 are now believed to have been infected with this newly identified pathogen. It has since spread across northern, western and southern Europe, causing widespread damage to ash populations, and infecting an estimated 60-90% of Denmark's ash trees since 2007.

Young infected ash trees often die quickly, whereas older trees tend to resist the pathogen for longer. A low percentage of trees appear to have heritable low susceptibility to the disease, leading to hopes that natural selection or breeding may result in populations of resistant trees in the future. Common fungicides such as triazoles, and strobilurins have significant efficacy against Hymenoscyphus fraxineus , but are inappropriate for use in treating large areas of natural woodland. Controlling imports and exports of ash plants and seeds is only effective in preventing the spread of the disease over distances such as the Atlantic ocean.

Fraxinus excelsior is also threatened by the Emerald Ash Borer (Agrilus planipennis) which is found around Moscow in Russia and seems to be spreading westwards. The Emerald Ash Borer has caused widespread devastation of F. americana and F. pennsylvanica populations in North America over the past 15 years.

Widely used for its timber, European ash produces wood that is both strong and elastic. It is particularly good at withstanding sudden shocks and has therefore been used for a wide range of sporting goods, such as tennis racquets, hockey sticks, cricket stumps, hurley sticks and billiard cues, as well as for tool handles and walking sticks.

It was formerly used for wheel-making and is still used to make the frames of Morgan cars. European ash has long been coppiced (repeatedly cut back to a short stump in order to harvest the many new shoots that sprout from it). In Suffolk (UK) there is a still-productive, coppiced tree estimated to be over 1,000 years old.

Cultivated as an ornamental in parks and large gardens, European ash is a useful shade tree that tolerates pollution and exposed sites. Cultivars available include:

In 18th century England, ash leaves were used to adulterate tea. Ash leaves have been used as cattle-fodder in Scandinavia.

In Scandinavian mythology, the tree of the world was an ash called Yggdrasil. It was said that its roots reached down into hell while its crown touched the heavens, its huge trunk connecting the two. Odin, considered to be the greatest of the gods, was said to have carved the first man from its wood.

European ash was regarded as a healing tree in Britain up until the end of the 18th century. In Hampshire (UK), it was believed that a child with broken or weak limbs could be healed by passing the child naked through the split trunk of an ash, which would then be plastered with loam and bound back together. If the split trunk then grew back together it was believed that the child would be cured.

In the past, burning of ash logs was thought to drive evil spirits from the room. There has been a long-standing belief dating back to the writings of ancient Roman author, Pliny the Elder, that ash-sticks can be used to repel snakes or to protect against snake-bite. Some thought a single blow with an ash-stick would kill a snake, whereas others believed that simply drawing a circle around it, or just carrying an ash-stick, would protect the user.

The UK National Tree Seed project has collected Fraxinus excelsior seeds from all UK native Seed Zones where ash exists, and these collections are held in Kew's Millennium Seed Bank based at Wakehurst in West Sussex.

There are over 200 specimens of Fraxinus excelsior in the collections at Kew and Wakehurst. These include a range of cultivars grown for their horticultural merit. The main ash collection is grown along either side of Princess Walk at Kew. European ash can also be seen growing in Kew's Conservation Area.

Dried and alcohol-preserved specimens of Fraxinus excelsior are held in Kew's Herbarium, where they are available to researchers by appointment. Details of some of these can be seen online in Kew's Herbarium Catalogue.

Specimens of wood, bark and sap of European ash, in addition to a wooden garden dibber and boomerangs made from it, are held in Kew's Economic Botany Collection, where they are available to researchers by appointment.

Scientists at Kew have sequenced the genome of Fraxinus excelsior (see www.ashgenome.org) and are using this to develop genomic resources for healthy ash trees.

No symptoms of 'chalara ash dieback' have so far been found in the ash trees at Kew, but the disease was found in August 2017 on young ash trees growing along the Thames path a few metres from the Kew Gardens boundary

Kew staff are encouraged to be vigilant whilst working in the Gardens and look out for the symptoms on ash trees. A pro-active monitoring programme will monitor any effects that it has on the collections.

Ash dieback is now widespread at Wakehurst Place and many trees are heavily affected. 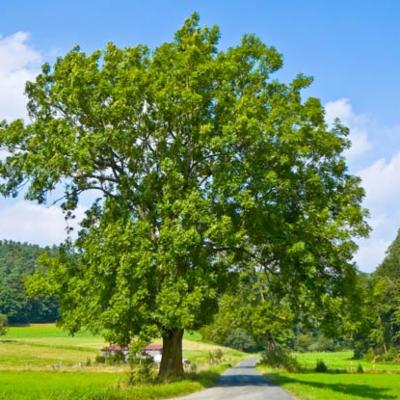 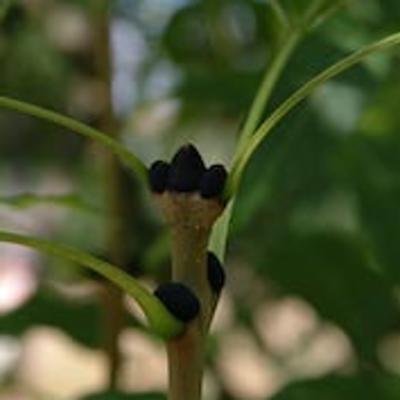 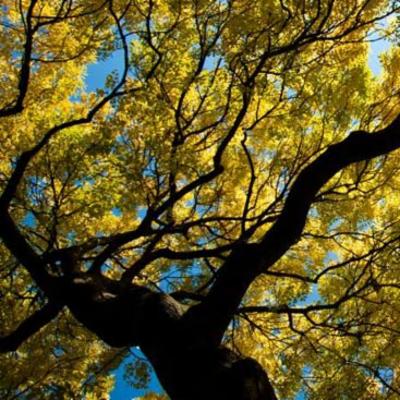 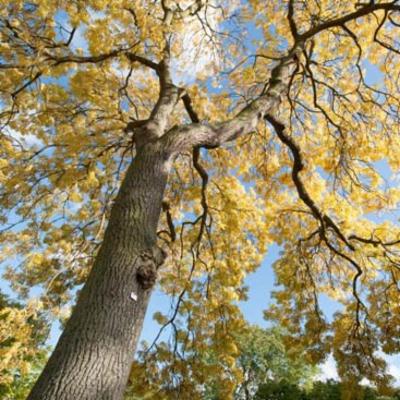 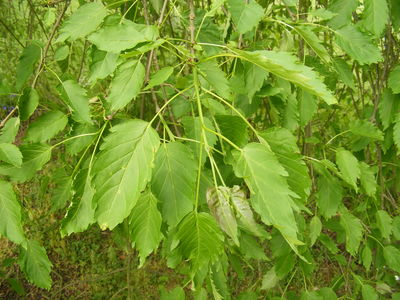 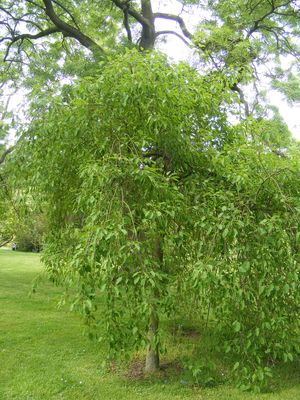 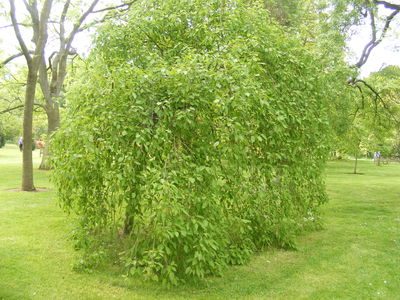 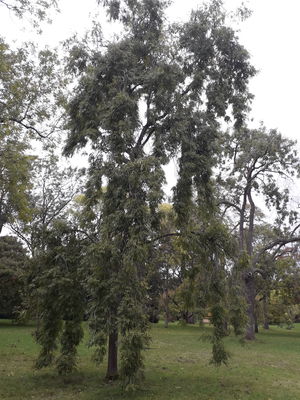 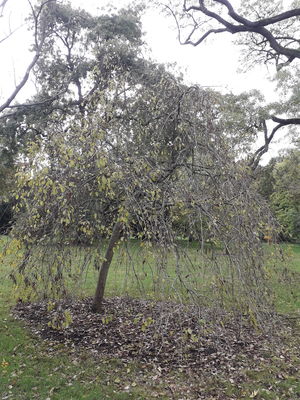 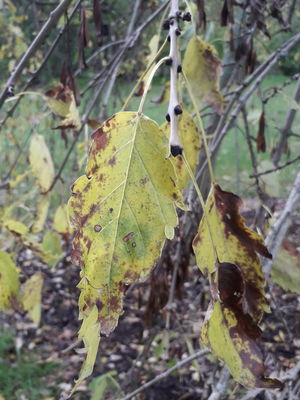 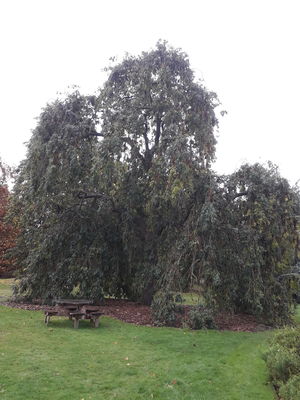 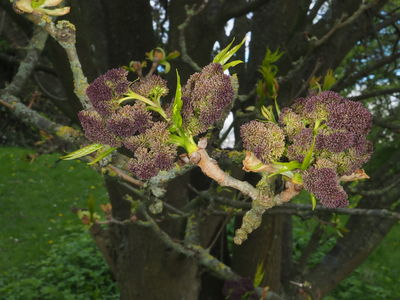 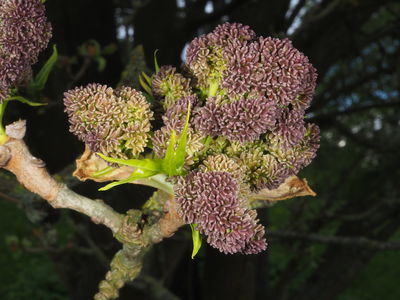 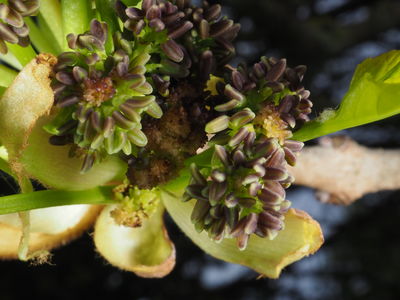 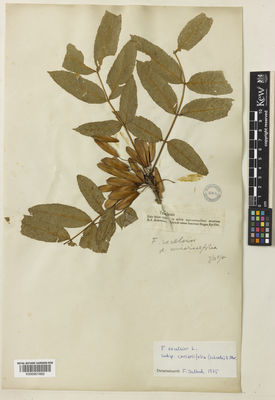 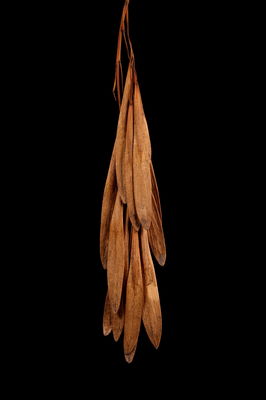 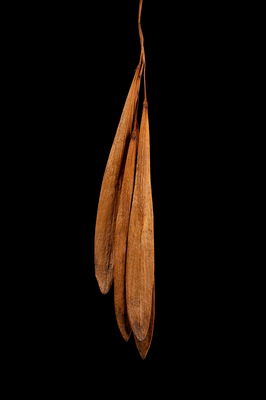 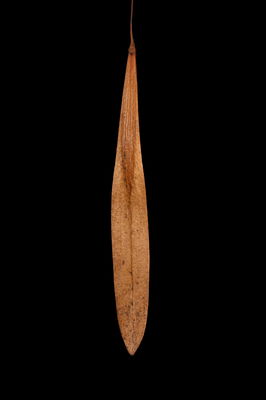 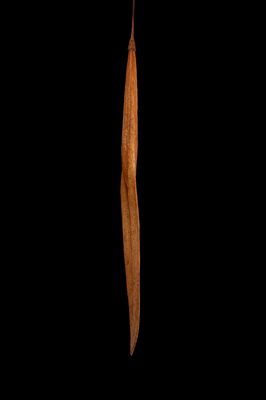