Dendrobium nobile was not described until 1830, yet has become possibly the most well-known of all dendrobiums, due to its popularity as an ornamental. The leaves are bright green, strap-shaped and slightly leathery, borne alternately at nodes along most of the length of the stem. The fragrant, waxy flowers are 5-7 cm in diameter and are variable in colour. Usually, the base of the petals is pale pink or white, grading into a stronger amethyst-purple colour towards the tip. 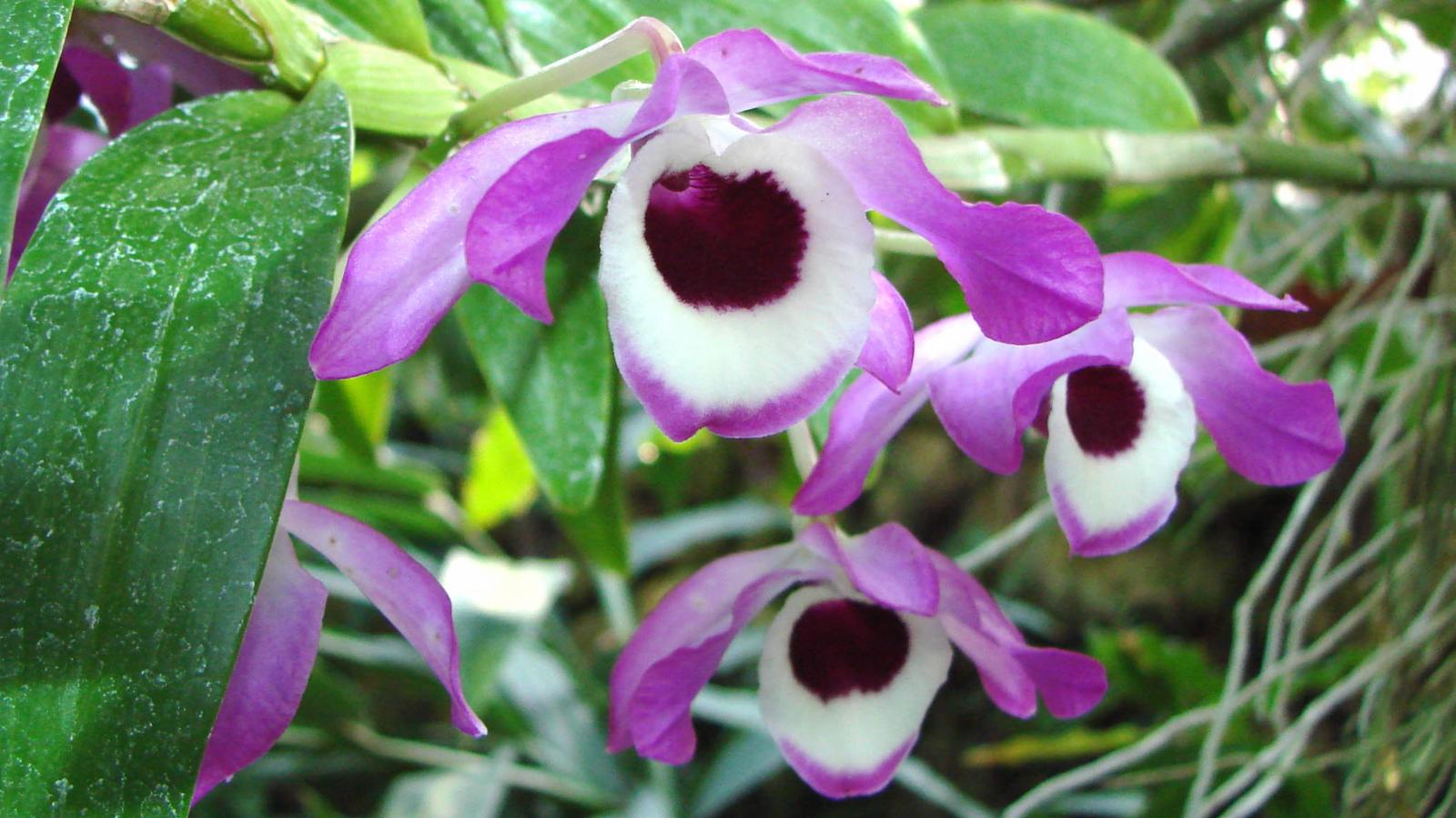 The dependable noble dendrobium is one of the most popular epiphytic orchids in cultivation.

Dendrobium nobile was not described until 1830, yet has become possibly the most well-known of all dendrobiums, due to its popularity as an ornamental. There are a number of varieties in cultivation, including Dendrobium nobile var. virginale, which has white flowers with a yellowish green centre to the lip. Another commonly cultivated variety is Dendrobium nobile var. cooksonianum, in which the petals resemble the lip, each having a rich maroon-purple velvety blotch in the basal half.

This species was first known from China and was later imported for cultivation into Europe from India. Many horticultural varieties of this species were named in the 19th century. The specific epithet 'nobile' means noble, and the common name 'noble dendrobium' is sometimes used, although hardly needed as the Latin name is so well known.

This species occurs largely in deciduous forests between 1,500 and 2,000 m elevation in the foothills of the Himalayas and surrounding areas. It is recorded from India, Bhutan, Nepal, Myanmar, Thailand, China, Laos and Vietnam. It prefers bright sunlight, which is provided by deciduous trees which lose their leaves in the autumn.

The pseudobulbs (bulb-like above-ground stems) of Dendrobium nobile are swollen at the nodes, giving a jointed appearance, and grow up to 60 cm long in upright clusters. The leaves are bright green, strap-shaped and slightly leathery. Leaves are borne alternately at nodes along most of the length of the stem.

The fragrant, waxy flowers are 5-7 cm in diameter and are variable in colour. The base of the petals is pale pink or white, grading into a stronger amethyst-purple colour towards the tip. The lip is velvety with a rich maroon-purple basal part, surrounded by a paler yellowish white area. The flowers normally appear in late winter to spring and can last up to six weeks.

It is also valued in traditional Chinese medicine. It is used to nourish and stimulate the stomach. A tea made from the stems of this and other Dendrobium species is taken for complaints such as fever, sunstroke and excessive perspiration.

Kew's Millennium Seed Bank Partnership aims to save plant life worldwide, focusing on plants under threat and those of most use in the future. Seeds are dried, packaged and stored at a sub-zero temperature in our seed bank vault at Wakehurst Place.

This species is considered to be durable and dependable and hence has become very popular in cultivation. Although known as a 'beginner's orchid' there are a few key points to follow to get the best results. Plants should be placed in a basket containing a medium that is free draining, yet can retain moisture. They should be sited where they can receive full sunlight. In order to ensure the best flowers are produced in the spring, plants should not be watered or fertilised during the winter. When the plant begins to bloom, regular watering and fertilisation can be resumed. Aerial shoots produced from the plant can be used for propagating new plants.

Dendrobium nobile is grown in Kew's Tropical Nursery (one of the behind-the-scenes areas). Plants are placed in the smallest pot that the roots will fit in, as the plants do best when 'tight' in a pot. Larger plants are kept in wooden-slatted hanging baskets. Kew's standard epiphytic orchid mix (three parts bark, two parts pumice and one part charcoal) is used as the substrate. Plants are kept damp when in growth, but allowed to dry during the dormant period (when feeding and temperature are also reduced), before flowering. The plants are shaded from direct sunlight in the summer, but given as much light as possible during the winter.

Dendrobium nobile is grown in the Tropical Nursery, which is not accessible to the public. The plant has featured in Kew's Tropical Extravaganza festivals in the Princess of Wales Conservatory. 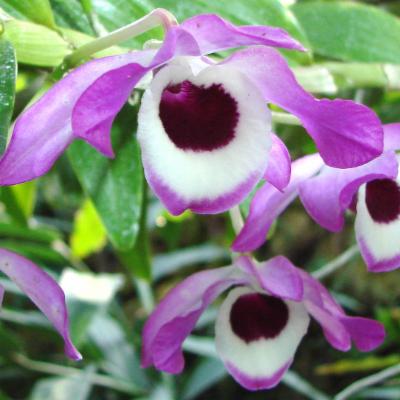 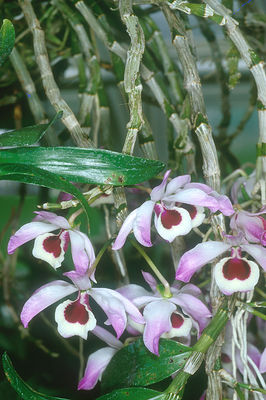 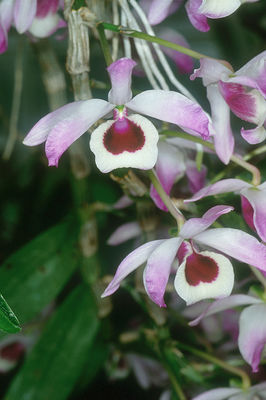 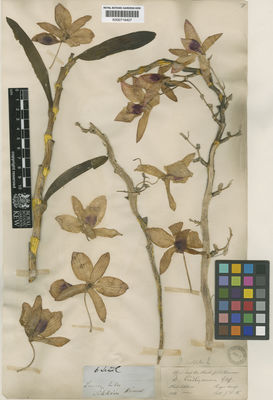