There are at least 65, and perhaps over 100 according to various classifications, species of Crinum in the tropical and warm countries of America, Africa, Asia and Australia, and more than 20 species can be found in southern Africa alone. 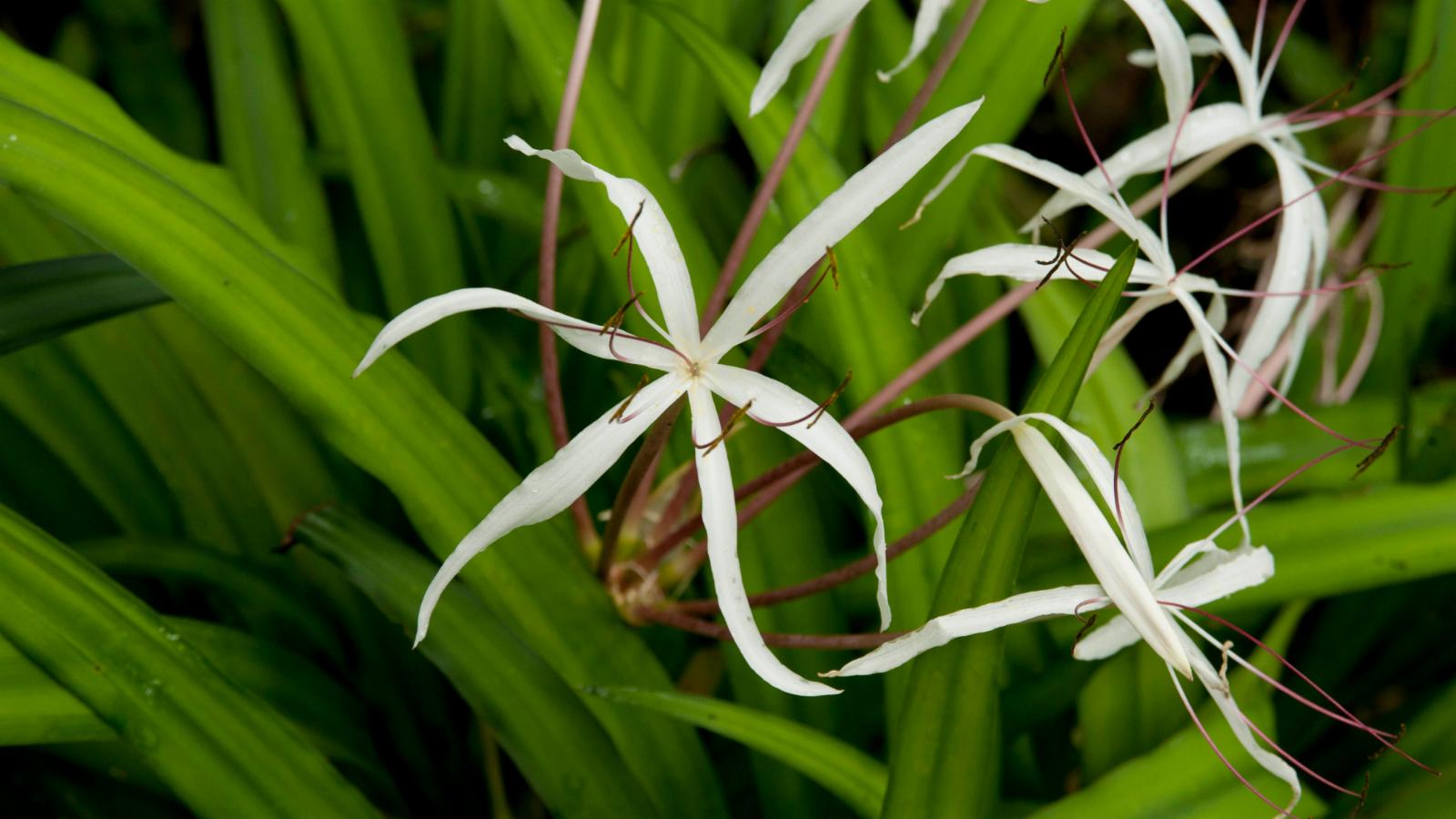 General Description
The bulb, leaves and sap of starry crinum are used in traditional medicine in West Africa for treating a range of ailments from pneumonia to snake-bite.

There are at least 65, and perhaps over 100 according to various classifications, species of Crinum in the tropical and warm countries of America, Africa, Asia and Australia, and more than 20 species can be found in southern Africa alone.

The name Crinum derives from the Greek krinon, meaning a white lily. Although C. purpurascens has a white flower, it is tinted on the outside with purple as is the flower stalk (scape).

Crinum purpurascens occurs in western tropical Africa, from The Gambia to the Democratic Republic of Congo. It also occurs in Sudan and Angola.

Crinum purpurascens is a low-growing herbaceous plant. The large bulbs (about 6 cm in diameter) have a short 'neck' made up of the bases of old leaves. The narrow dark green leaves have slightly wavy margins. They measure 50-60 cm long and 3 cm wide and often die back in the winter. They are usually arranged in a rosette or occasionally in two rows.

The flower stalk (scape) is slender, tinged with purple and bears a cluster (umbel) of 6-10 slightly scented flowers. The elegant flowers have a long perianth tube up to 16 cm long; the narrow white petals are tinted purple on the outside, and stamens have purplish-red filaments. Seeds are large and burst through the wall of the capsule when they are ripe.

Starry crinum is grown as an ornamental and for use in West African traditional medicine. The bulb is an emetic and purgative. A decoction is taken to treat a range of ailments, including pneumonia, ovarian problems and hernias. The leaves are cooked with palm kernels and eaten as an aphrodisiac and to treat snake bite. Scientific research indicates that extracts of the leaves contain antibacterial agents of potential use in the treatment of typhoid fever and urogenital infections.

Starry crinum can be found in the Palm House.

Starry crinum at Kew in the 19th century

According to J. G. Baker, writing in Curtis's Botanical Magazine , Crinum purpurascens 'was introduced in the time of Dean Herbert, and is carefully described in his classical work on the Amaryllidaceae, but has never been previously figured. Our drawing was made from a plant that flowered at Kew in June, 1879, the bulb of which was sent by the Rev. H. Goldie, and we have since had it from Messrs. Veitch, from bulbs brought home by Mr Kalbreyer.'

The two clergymen mentioned by J. G. Baker were The Hon. William Herbert (1778-1847), Dean of Manchester, a keen and accomplished amateur botanist, and Rev. Hugh Goldie, a Scottish missionary who lived at Calabar in southeastern Nigeria from 1848 until his death in 1895. The Veitch Nursery was instrumental in bringing many new plants, especially tropical flowering and foliage species, to Britain. Mr Kalbreyer was a German employed by James Veitch & Sons to collect plants in Africa and South America from 1876-1881. 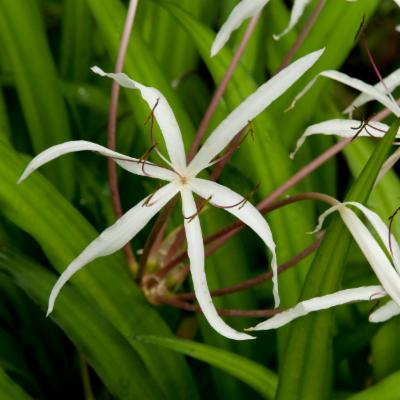 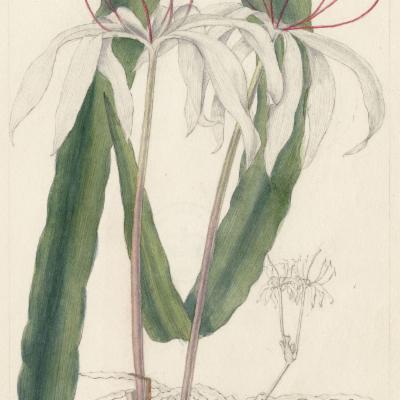 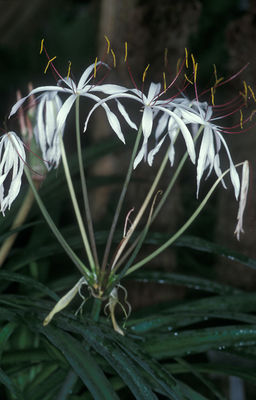 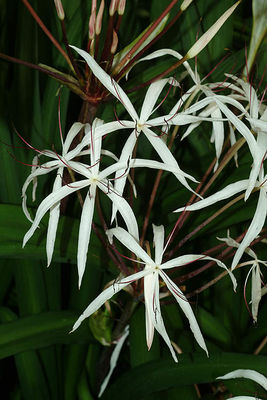 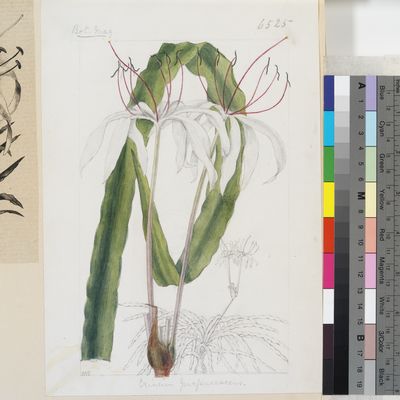