This species is accepted, and its native range is SW. Turkey, Cyprus. 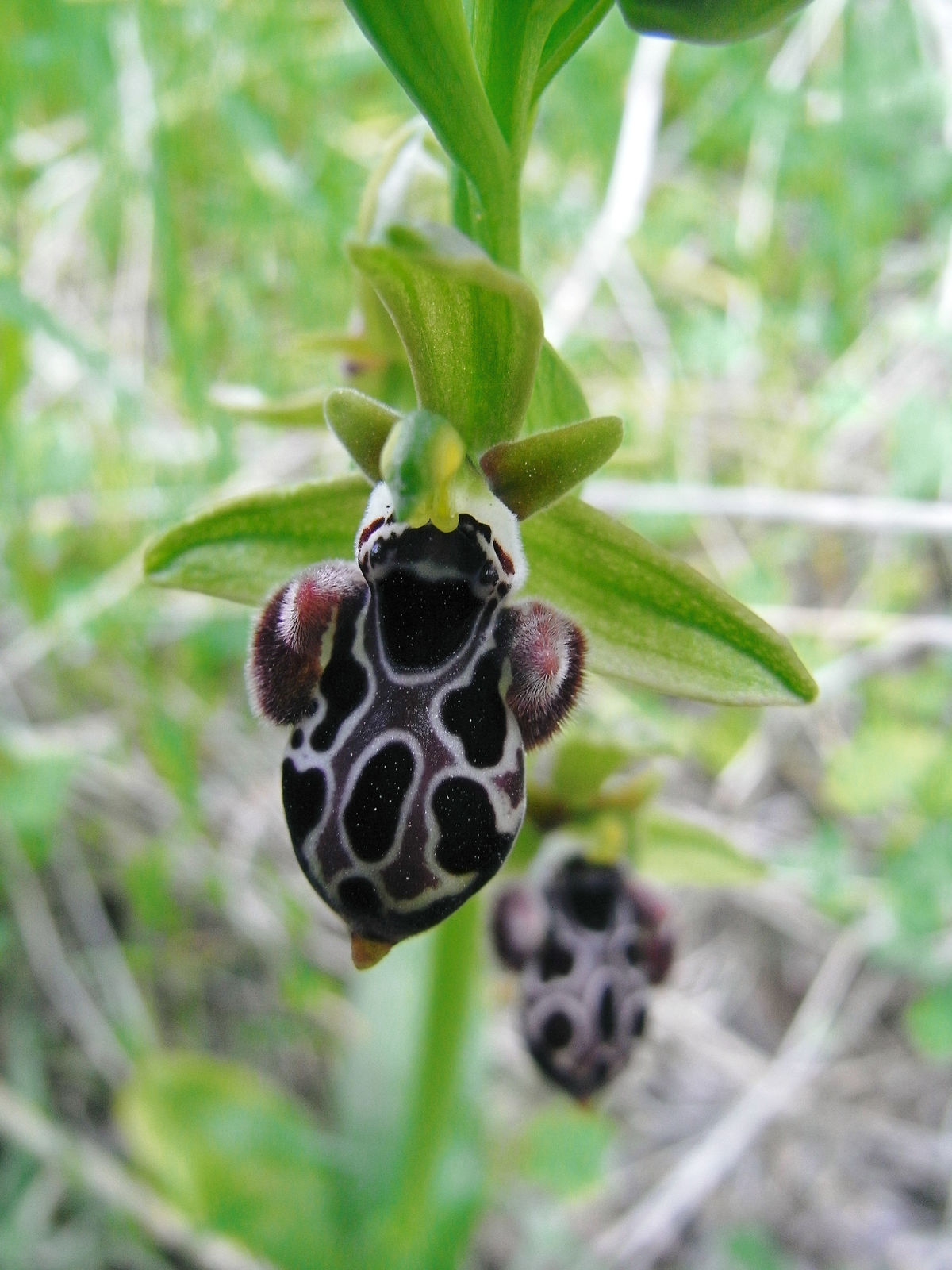 The geographic range of O. kotschyi encompasses the southeastern part of mainland Greece, a number of islands in the southern part of the Aegean Sea (north to Chios) and Cyprus. In the latter island it is represented by the endemic subsp. kotschyi only. [Aeg, Cre, Gre; Cyp]

Plant compact to slender, 10-40 cm tall with 2-10 flowers in a relatively dense to lax spike. Sepals green to brownish (the lateral ones sometimes bicoloured with the mid-vein constituting a boundary), rarely rosecoloured, narrowly ovate to (ob)lanceolate, (8-)10-17 × 5-8.5 mm; dorsal sepal more or less boat-shaped to nearly flat, slightly incurved, from the base reflexed. Petals green to reddish brown or rust-red, triangular-lanceolate (occasionally auriculate) with flat margins, (4-)6-9 × 1.5-3 mm, velvety, recurved to spreading. Lip with dark brown to purplish black ground colour, straight with recurved margins, shallowly to deeply three-lobed near the base, 10-16 × 10-16 mm, velvety to shaggy on the side lobes, velvety along the margin of the mid-lobe (otherwise subglabrous); side lobes converted into weakly developed to obliquely conical bulges; mid-lobe distinctly longer than the side lobes, obtuse to truncate, provided with a short, more or less porrect, triangular point; mirror distinct, consisting of a large, H-shaped to far more complicated figure, the basal arms of which are connected to the base of the lip, dull greyish violet to reddish brown with a white border. Column acute (to obtuse), not tapering towards the base (in side view); stigmatic cavity approximately as wide as long and approximately twice as wide as the anther, devoid of lateral, eye-like knobs at its base. 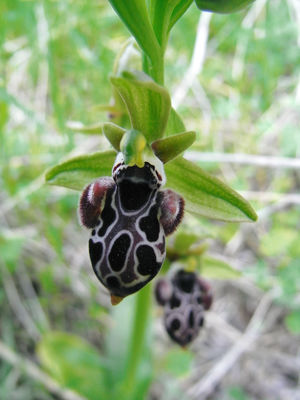 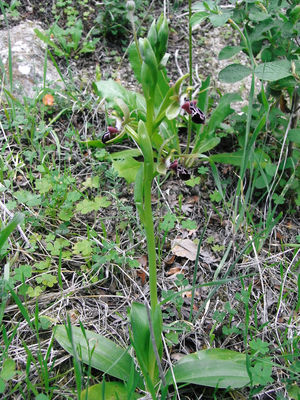 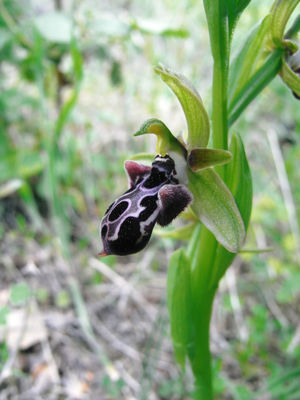 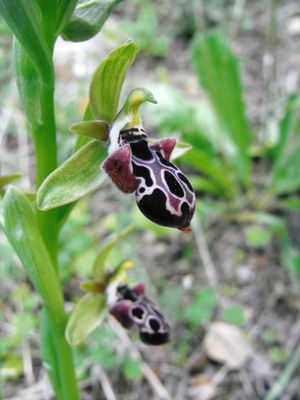 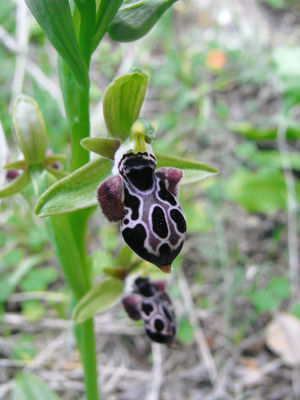 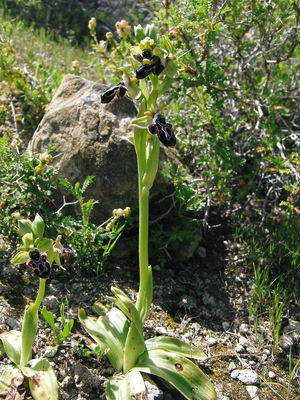 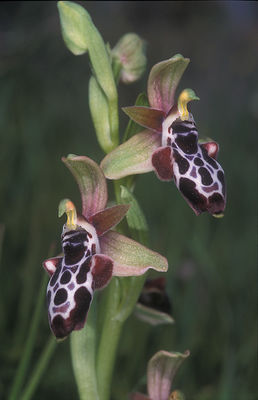 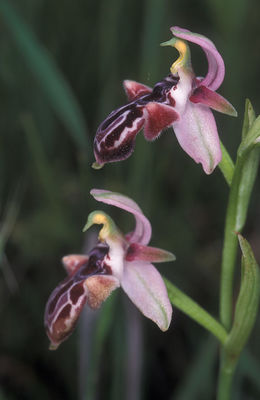 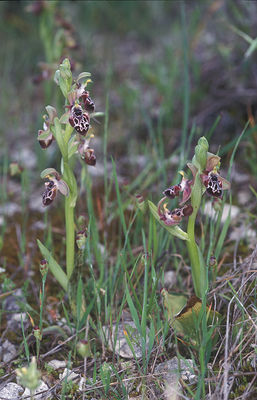