This species is accepted, and its native range is Medit. 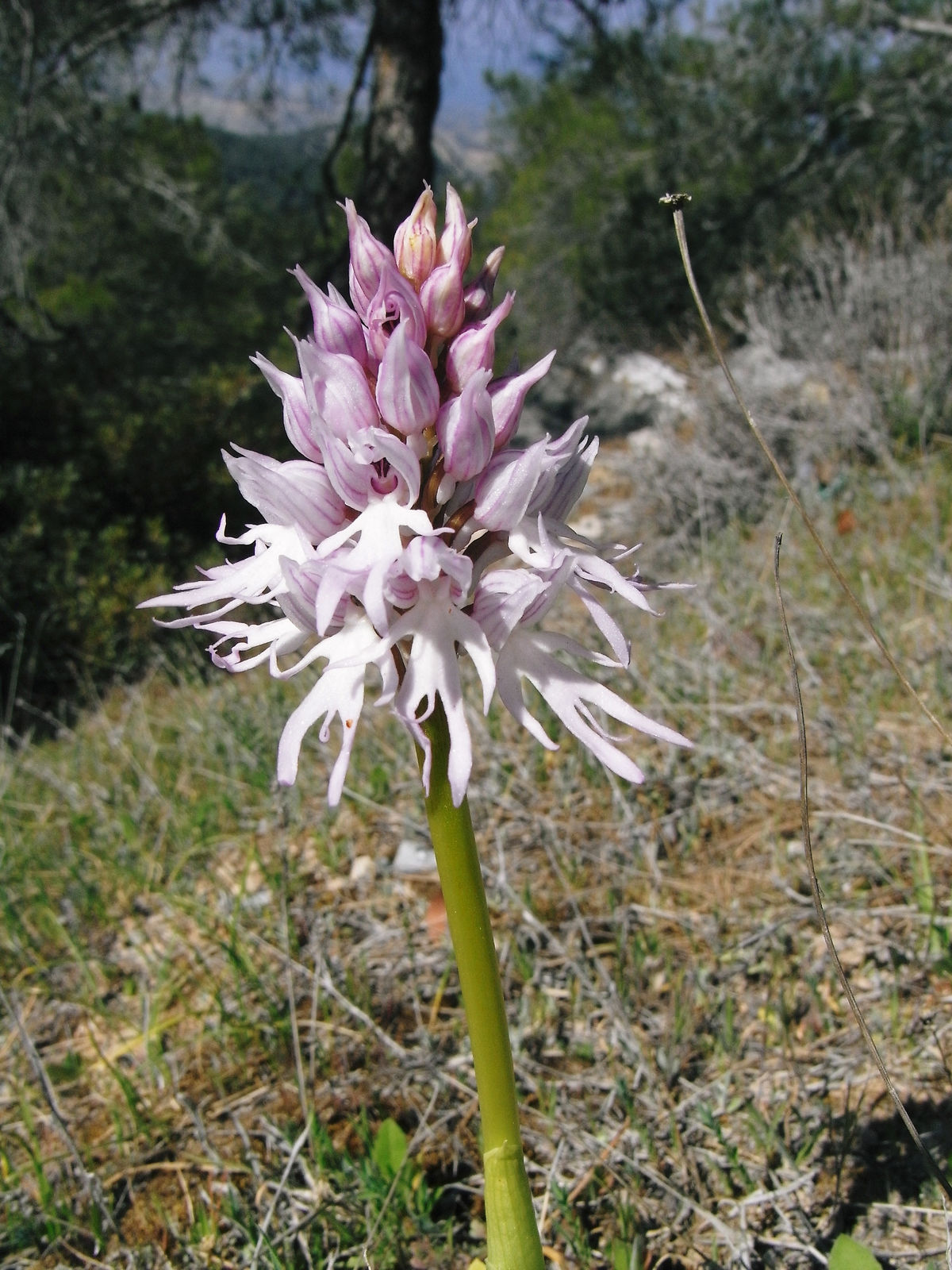 This lime-loving species settles amongst thin grasses, garrigues, light scrubby bushes and bright woodland on dry to seasonally wet subsoil rich in alkalines but even it likes to grow on particularly stony soils. It is found from the coast to a hights up to 1,300 m.

Orchis italica is a medium-sized plant, growing to between 20-40 cm high, however, now and then, it can also reach a height of 50 cm. The stalk is straight and thick, at its base are between 5 and 8 elongated oval leaves in a rosette, each with a length of between 5 and 11 cm and a width of between 1.5 and 2.5 cm. The leaves, very clearly and typically, have an undulated margin, they are, thereby, absolutely unmistakeable, and in this manner even sterile specimens cari be identified easily; this sign is unique in the whole genus. The leaves are mainly mottled but sometimes unmottled or faintly mottled specimens appear. The first or second uppermost leaves, vaginate the stalk and also envelop the inflorescence during the bud stage.

The fully developed flower spike is 3.5 to 6.5 cm long and has many densely arranged flowers. The bracts are small and membranous, about 3 to 4 times shorter than the ovary. The sepals and petals form a helmet that is pale to light red with crimson veins. The lateral sepals are both lanceolate and long acuminate, and they are about 9-12 mm long; the matched petals are smaller. The lip is deeply divided into three parts, the wide central lobe runs out into two long and narrow lobules that are pointed at the tip. They are almost always irregularly bent; this leads to a very typical appearance of the whole inflorescence. Between both of these lobules is a third, filament-like appendage that bends strongly upwards and forward, it reaches at most, one third of the length of the side lobules (here the epithet longipenis is referred to in the synonym Orchis longicruris ssp. longipenis). Both side lobes are 1.3 to 1.6 cm long, with spiky tips, they also bend weakly upwards. The lip has a light violet to pink-violet colour and is drawn with numerous contrasting dark red streaks that exceptionally may be absent. The thin spur bends downwards and is approximately half as long as the ovary; it is 4 to 6 mm long on average and contains no nectar.

ln wide parts of its distribution area, the species does not seem to be endangered, a huge number of strong populations and regular mass populations are not particularly rare. This does not exclude the fact that local biotope destruction due to building projects and extensions of the infrastructure results in the extinction of these local populations.

The flowering time ranges according to altitude and geographic situation of the biotope from beginning of March to the middle of May. No data on pollinators is available and the percentage of flowers setting seed has not been documented up to now either. However, it is most likely an allogamous species, which is underlined, in particular, by the existence of hybrids with Orchis anthropophora and Orchis simia. 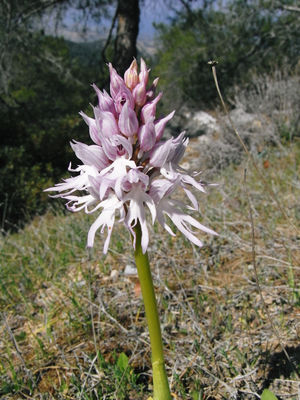 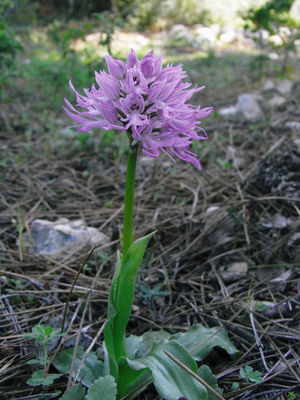 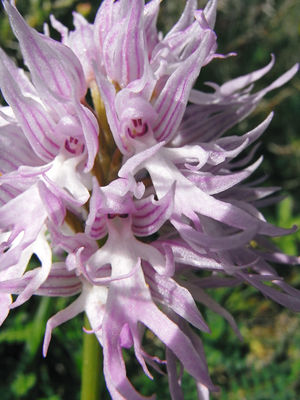 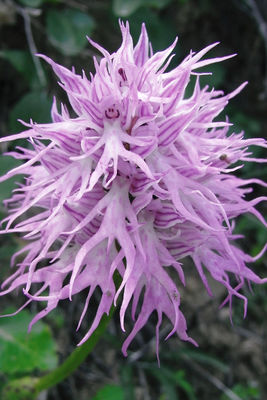 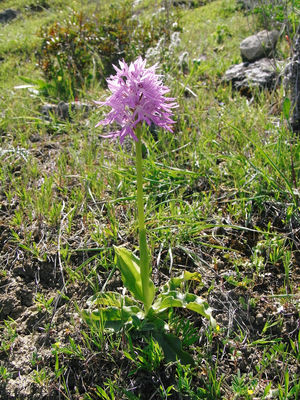 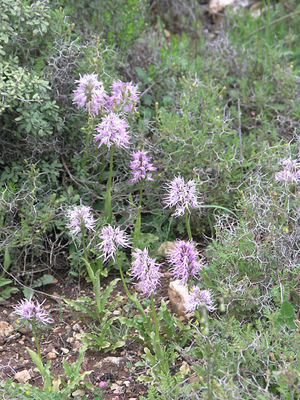 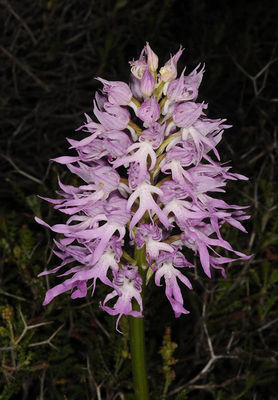 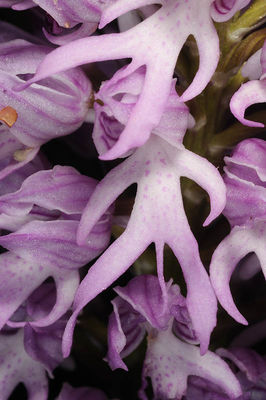 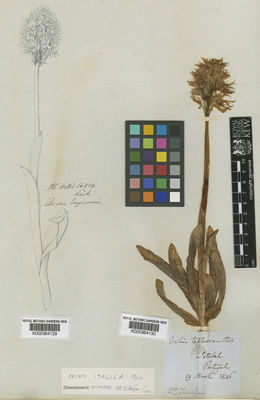