Toothwort is a parasitic plant living on the roots of a range of woody plants, on which it is dependent for its nutrition. It is most commonly found parasitising hazel (Corylus), but can also be found on other plants including elm (Ulmus), ash (Fraxinus), alder (Alnus), walnut (Juglans) and beech (Fagus). It belongs to the broomrape family (Orobanchaceae). 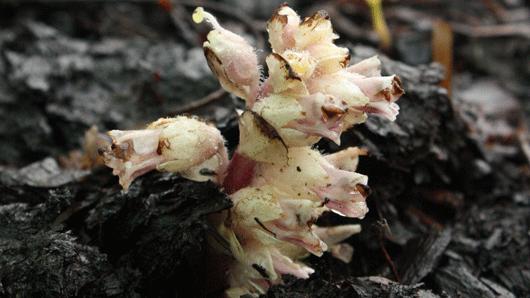 Toothwort is a parasitic plant living on the roots of a range of woody plants, on which it is dependent for its nutrition. It is most commonly found parasitising hazel (Corylus), but can also be found on other plants including elm (Ulmus), ash (Fraxinus), alder (Alnus), walnut (Juglans) and beech (Fagus). It belongs to the broomrape family (Orobanchaceae).

The generic name Lathraea comes from the Greek word lathraios, meaning secret, referring to the fact that toothwort spends much of its life cycle hidden underground. The specific epithet squamaria means 'with scales' in Latin, referring to its scale-like leaves. The common name toothwort is thought by some to derive from the resemblance of the flowering and fruiting spikes to rows of teeth. Others consider the name to refer to the rows of fleshy, scale-like leaves on the underground stems, thought to resemble pointed teeth.

Lathraea squamaria is native to the temperate regions of continental Europe (including Belgium, Spain, France and Italy) and Britain and Ireland, and occurs as far east as central Asia. Although relatively widespread, it is sometimes regarded as rare probably because it remains underground for most of the year.

Overview: A perennial root parasite that lacks chlorophyll (the green pigment that allows plants to obtain energy from light) and remains below ground for most of the year. Essential nutrients are obtained by attaching haustoria (specialised pad-like suckers on the tips of its roots) to the root system of a host plant. All parts of the plant are whitish, cream or pinkish-purple, with a slightly downy surface.

Underground parts: An extensive network of underground stems (rhizomes) each covered with four rows of fleshy, scale-like leaves. Each leaf is equipped with a central chamber (lacuna), which is lined with dome-shaped glands. The lacunae may enable the plants to get rid of excess water, as the plants lack stomata (minute pores in the surface of leaves or stems allowing movement of gases), which are normally found on leaves.

Flowers: Ghostly, aerial inflorescences, 20-25 cm tall, are produced from March to May. The cylindrical, bisexual flowers are white or creamy to pinkish-purple and are produced on drooping, one-sided flower spikes. The flowers are two-lipped with a style (female part) that extends beyond the petals and are pollinated by bumble-bees.

Toothwort is occasionally grown as an ornamental, although purple toothwort ( Lathraea clandestina ), with its striking flowers is more popular.

Five collections of Lathraea squamaria seeds are held in Kew's Millennium Seed Bank based at Wakehurst in West Sussex.

Almost all members of the broomrape family (Orobanchaceae) are partly or wholly parasitic and are rarely found in cultivation, due to the difficulties of establishing the plants.

Little is known regarding suitable propagation techniques for Lathraea squamaria . Its close relative Lathraea clandestina (purple toothwort) has been propagated successfully and is more commonly grown as a garden plant.

Lathraea squamaria can be found growing under black walnut ( Juglans nigra ) on the north side of Kew's Orangery.

The closely related Lathraea clandestina (purple toothwort) can be seen growing at the base of a large black walnut ( Juglans nigra ) located on the northern tip of Kew's Temple of Aeolus and Woodland Garden.

Dried and alcohol-preserved specimens of Lathraea squamaria are held in Kew's Herbarium, where they are available to visitors from around the world, by appointment. The details of some of these specimens can be seen online in Kew's Herbarium Catalogue.

Use
Grown rarely as an ornamental. 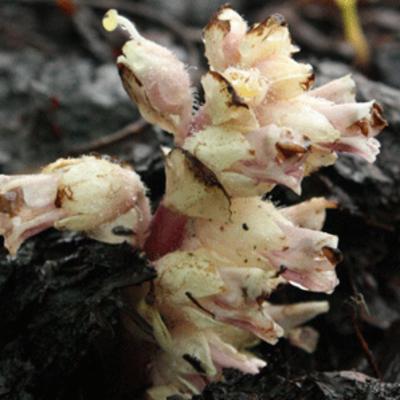 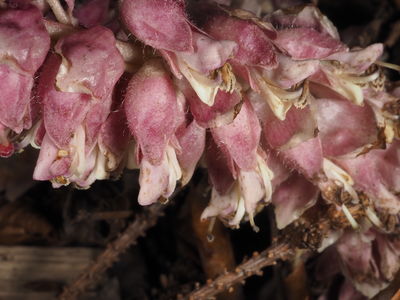 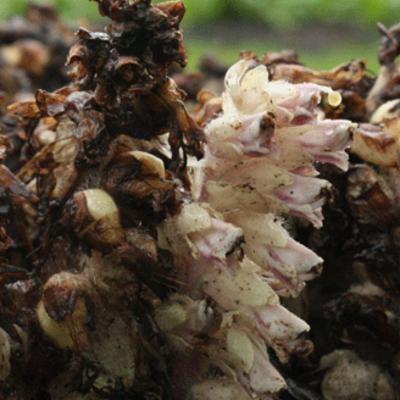 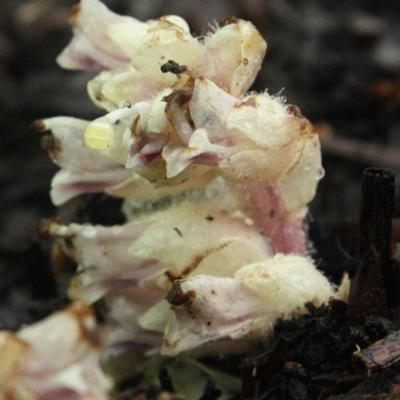 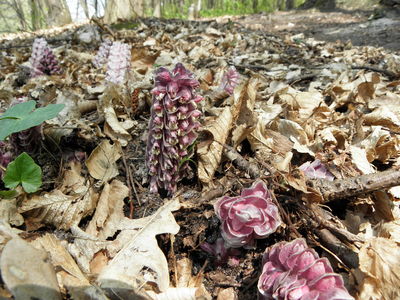 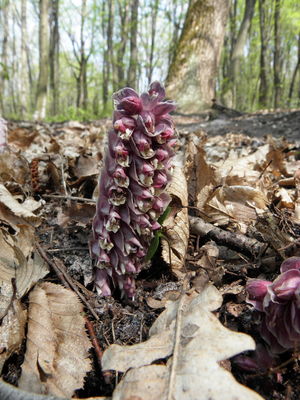 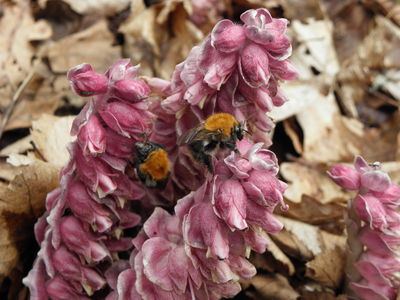 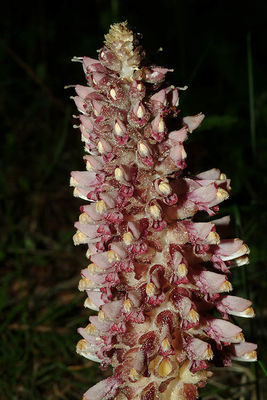 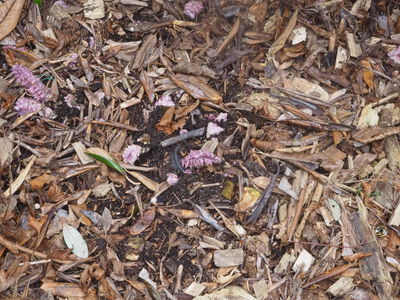 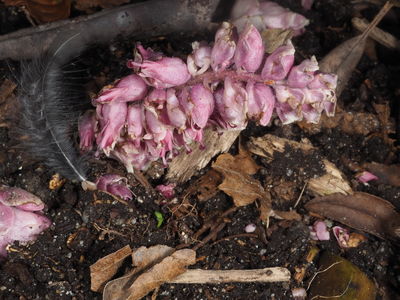 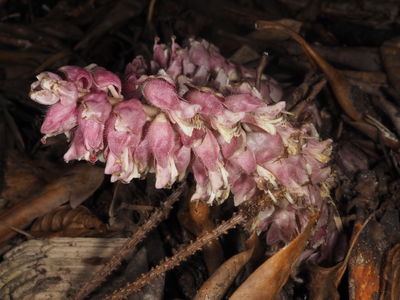 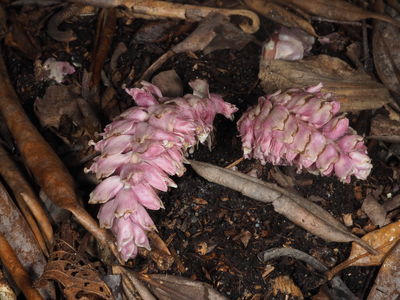 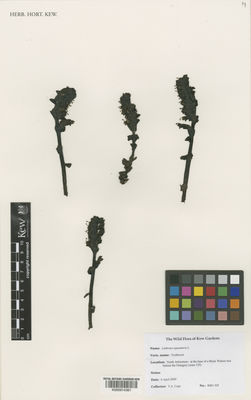 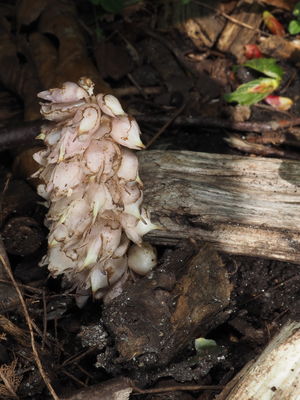