This species belongs to the knotgrass family, Polygonaceae. The common name, knotgrass, refers to the swollen nodes of the stems which appear as joints or knots. 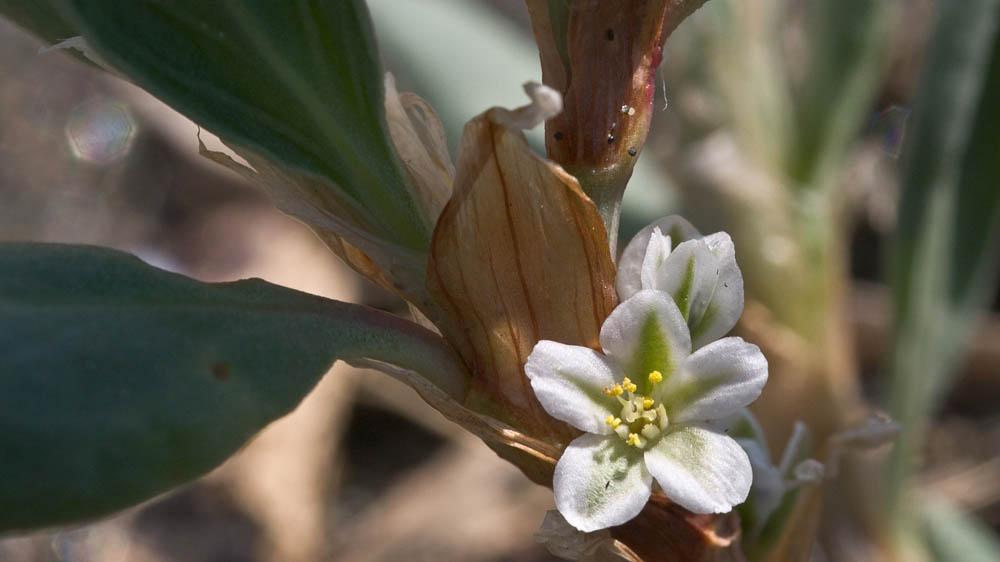 Sea knotgrass is a coastal plant and is the rarest of the knotgrasses in Britain.

This species belongs to the knotgrass family, Polygonaceae. The common name, knotgrass, refers to the swollen nodes of the stems which appear as joints or knots.

Polygonum maritimum is native to a few coastal sites in southern England, the Channel Islands and one locality in southern Ireland, but it is also found on the west coast of France southwards to the Mediterranean region, and Macaronesia.

Overview: The sea knotgrass is a perennial, with herbaceous weak stems that are woody below and grow up to 50 cm in length; the stems are procumbent.

Leaves: The leaves are somewhat oblong and leathery in texture with inrolled margins. The leaf stipules are a very conspicuous and characteristic part of the plant; they are silvery, forming a sheath at the base of leaves and cover part of the stem.

Flowers:  The flowers are in inflorescences in the axils of leaves and are reddish or pink with five perianth lobes about 4 mm long.

Fruits: The fruit (achene) is dark brown, shiny and is longer than the perianth.

The flowering and fruiting period is July-September.

Polygonum maritimum is the rarest of the knotgrasses in Britain. It is sporadic along the coast of Cornwall, Devon, Hampshire (including the Isle of Wight) and the Channel Islands. Since the 1960s its range has extended in England, its recent spread correlated with a run of mild winters and hot summers.

The leaves of the sea knotgrass are used as a dressing for burns. Perhaps in view of the recent extension of its range in England which is reported to be correlated with changes in the climate, it could act as an indicator species for climate change.

Kew's Millennium Seed Bank partnership aims to save plant life world wide, focusing on plants under threat and those of most use in the future. Seeds are dried, packaged and stored at a sub-zero temperature in our seed bank vault.

Use
Dressing for burns. Potential as an indicator species for climate change. 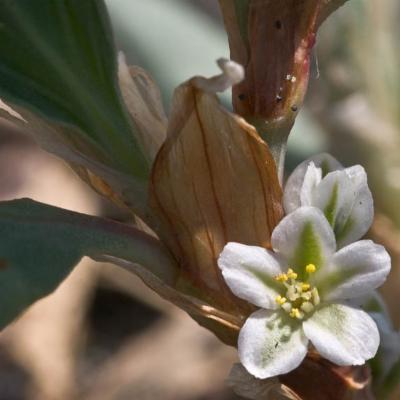 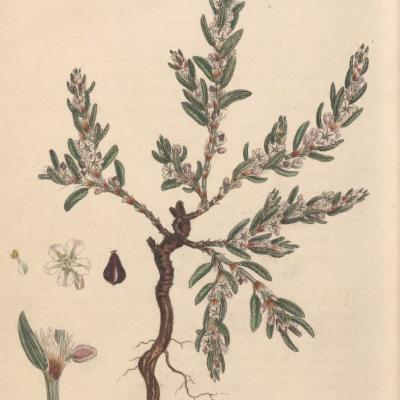 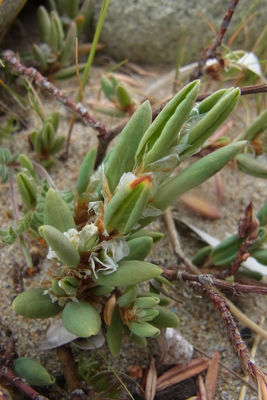 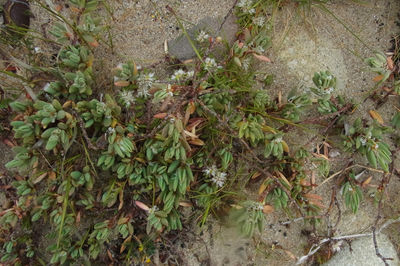 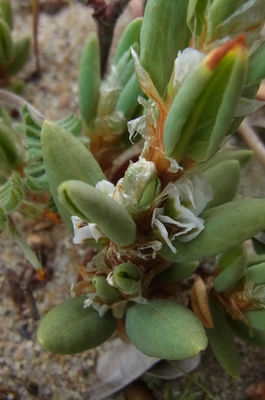 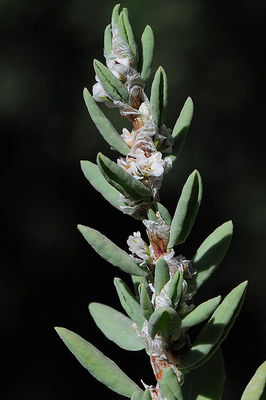 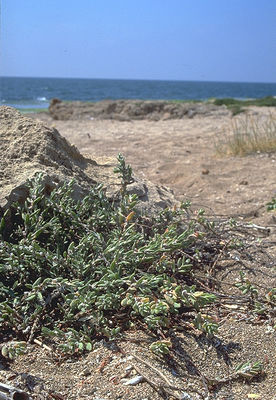 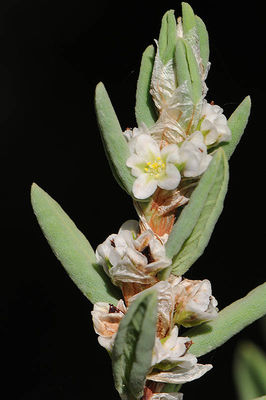