First published in Flora 27(Bes. Beil.): 1 (1844)
This species is accepted
The native range of this species is W. Tropical Africa to Ethiopia and Tanzania. It is a tree and grows primarily in the seasonally dry tropical biome. 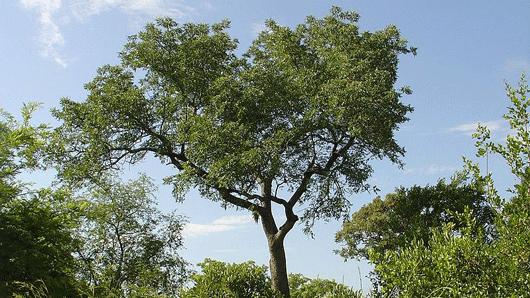 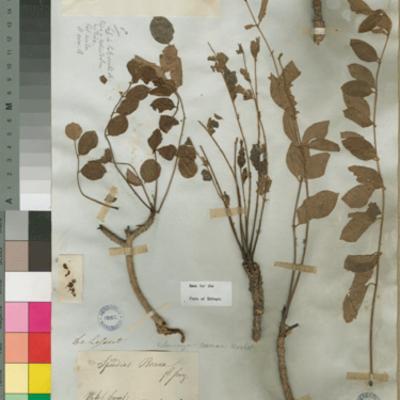 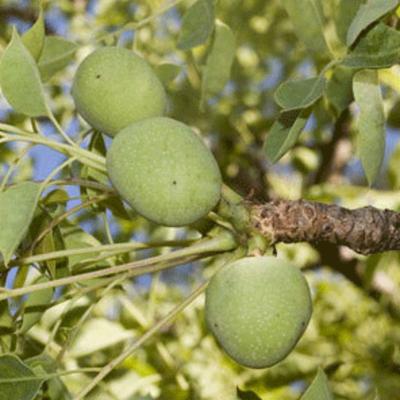 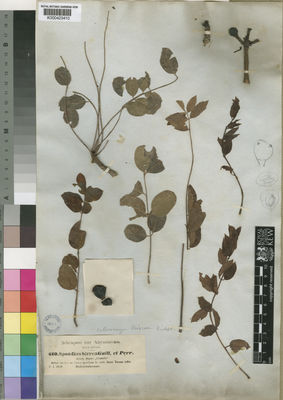 An African tree with juicy fruits that are much sought after by many local people, marula is a member of the Anacardiaceae, the same plant family to which mangos and cashews belong. Marula fruit is highly prized by many animals, from elephants to mongooses - although the story that they can get drunk on fermented fruit is probably just fiction. The fruit pulp is made into a popular alcoholic drink, known as maroela mampoer or amarula.

Marula is distributed from Senegal to Ethiopia and south to South Africa and is also found in Madagascar.

Overview: A tree up to 18 m tall, with a rounded crown (the leafy part of the tree) and cracked, grey bark. Trees are either male or female.

Leaves: Divided into 7‒21 leaflets with separate points of attachment along a central axis.

Flowers: Small, whitish-purple to red, in tight groups on long stalks (male flowers) or in clusters of 1‒3 (female flowers).

Fruit: Yellow, round or egg-shaped, 2.5‒5.0 cm across, with a juicy flesh surrounding a hard stone.

Marula fruit is prized by many African people. It has a delicate nutty flavour and contains a higher concentration of vitamin C than oranges. The stone is high in protein, and the seed oil contains antioxidants.

A decoction of the bark is used medicinally against malaria, scorpion and snake bites, dysentery, diarrhoea and haemorrhoids. An infusion of the fruit is used to bathe cattle with the aim of destroying any ticks present.

The wood is used for furniture, planks, carving and utensils. Rope is made from the inner bark, and the bark also yields a red-brown dye used in traditional crafts. The nectar attracts insect pollinators, and marula is often planted to attract pollinators to farms.

Eight collections of marula seeds are held in Kew's Millennium Seed Bank based at Wakehurst in West Sussex.

Marula can be grown from seed or from sticks planted during the early rainy season. It can grow up to 1.5 m in a year but will not tolerate frost.

Sclerocarya birrea is grown in the behind-the-scenes Tropical Nursery at Kew.

Dried and alcohol-preserved specimens of Sclerocarya birrea are held in Kew's Herbarium, where they are available to researchers by appointment. The details of some of these specimens, including some images, can be seen online in Kew's Herbarium Catalogue.

Specimens of marula wood and bark and a box of marula-flavoured biscuits are held in Kew's Economic Botany Collection in the Sir Joseph Banks Building, where they are available to researchers by appointment.