This species is accepted, and its native range is SW. & S. Central Alps. 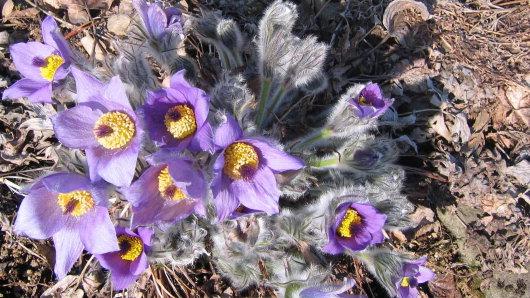 General Description
Haller's anemone is insulated with dense hairs, allowing it to grow even in freezing temperatures.

Anemone halleri is a beautiful, early-flowering perennial with pale blue or lavender flowers, covered on the outside with white or golden, silky hairs.

Haller's anemone belongs to a group of early-flowering perennials (commonly referred to by the synonym Pulsatilla and including those with the common name pasque flower) found across the entire northern hemisphere, from eastern China to western North America. The flowers, which are purple, white, yellow or reddish, emerge in spring, before or with the leaves. They are followed by fruits with a long, silky, persistent style. It is one of the most beautiful Anemone species, with upright flowers and often woolly stems and grows in scattered localities from France eastwards to the Crimea.

Native to south-eastern France, southern Switzerland and Poland, extending eastwards to Greece, Bulgaria and the Crimea.

A long-lived, low-growing perennial with deep roots. The leaves are woolly, mostly basal and pinnate, with three to five main segments, the terminal segment having a long stalk. The flowering stems are about 5 cm tall at the time of flowering, elongating later. The stem leaves are thread-like and are borne in a ring below the flower. The flowers are pale blue or purple, with six petals, 6-8 cm across. The flowers have many yellow anthers and many stigmas, the silky styles persisting to form a 'sail' which aids dispersal of the fruits.

Not known to be threatened, but vulnerable to changes in the management of pastures.

Anemone halleri is cultivated as an ornamental. Several subspecies have been described and are available commercially.

Anemone halleri requires soil with good drainage, and the hairier forms benefit from protection from rain during warm, wet winters.

Anemone halleri can be seen growing in the Rock Garden at Kew, where it flowers from February to March.

Pressed and dried and alcohol-preserved specimens of Anemone halleri are held in Kew's Herbarium, where they are available to researchers, by appointment. The details of one of these can be seen online in the Herbarium Catalogue.

Avoided by grazing animals. Related species can cause skin irritation. 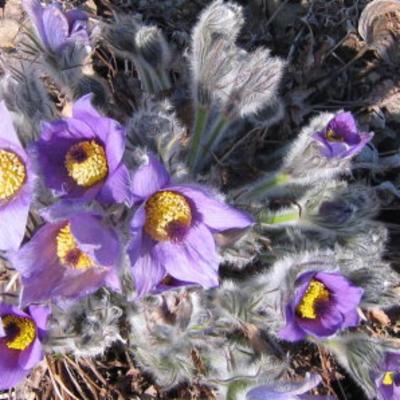 Pulsatilla halleri (All.) Willd. appears in other Kew resources: