A stout, shrubby tree, St Helena olive (Nesiota elliptica) is the only species in the genus Nesiota, so that the genus also disappeared with the extinction of the species in 2003. It was one of 51 flowering plant species that only occur naturally on the South Atlantic oceanic island of St Helena. 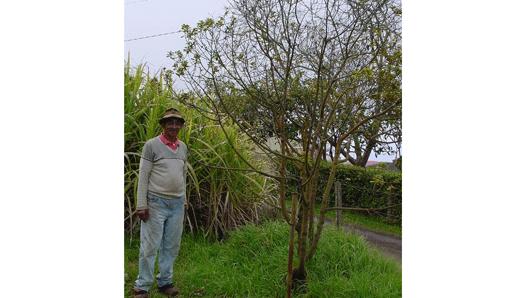 General Description
St Helena olive disappeared from the wild in 1994 and became extinct in 2003 when the cultivated seedlings and cuttings succumbed to fungal infections.

A stout, shrubby tree, St Helena olive (Nesiota elliptica) is the only species in the genus Nesiota, so that the genus also disappeared with the extinction of the species in 2003. It was one of 51 flowering plant species that only occur naturally on the South Atlantic oceanic island of St Helena.

Before St Helena olive became extinct, a sample of its genetic material (DNA) was collected for storage in Kew's DNA bank, so that it is still available for research.

Despite its common name, St Helena olive does not belong to the same plant family as the well-known Mediterranean olive (Olea europaea), which is in Oleaceae.

St Helena olive was native to the island of St Helena in the southern Atlantic Ocean. It grew along the higher levels of the cool, moist north face of the island's central ridge. St Helena is one of the UK Overseas Territories (UKOTs).

Its 'deep grey' foliage stood out clearly against the lighter green leaves of the surrounding vegetation.

The pale undersurface of leaves and young shoots were covered with white hairs.

When John C. Melliss carried out botanical fieldwork on St Helena in the middle of the 19th century he only found about 12 specimens of St Helena olive. Over the next 150 years, the numbers declined still further until just one was rediscovered in the wild in 1977. This single wild tree died in 1994.

The tree rarely produced fertile seed, due to a self-incompatibility mechanism in the flowers, but a few seeds were found and collected for germination. These seedlings, together with cuttings taken from the wild tree, only outlived their parent by a few years in cultivation before dying as a result of fungal infections.

Many native trees on St Helena were used by early settlers for fuel and building materials, resulting in loss of vegetation cover and significant soil erosion.

In 1991, a team of Kew horticulturists working alongside the conservation staff on St Helena attempted to propagate St Helena olive using cuttings and seed from the last wild tree, although this was already suffering from decay. The team found that the plant was difficult to propagate using conventional techniques such as layering or cuttings.

Although a last-ditch rescue attempt was made by sending shoot material to Kew's Conservation Biotechnology Unit, this was too heavily contaminated with fungi for successful propagation.

Three of these were collected by William Burchell, a botanist who lived on St Helena from 1805 to 1813. Burchell managed the botanic garden that was set up there at the instigation of Sir Joseph Banks.

During his visit to St Helena in 1843, Joseph Hooker (later to become the second official director of the Royal Botanic Gardens, Kew) collected another specimen, and it was he who gave the plant the scientific name by which it is known today.

Two samples were collected from the last known plants; one of wood that is now part of Kew's Economic Botany Collection, and one of DNA that is held in Kew's DNA Bank.

The St Helena olive DNA sample has been used for research to understand this species' relationships with other plants in the Rhamnaceae family.

In 2000, J.E. Richardson et al . found that the closest relatives of Nesiota are members of tribe Phyliceae (Rhamnaceae), which include Phylica (mostly in southern Africa but also on St Helena and other islands in the southern Atlantic Ocean and Indian Ocean) and Noltea (also in southern Africa).

Kew's UK Overseas Territories (UKOTs) team continues to work with conservationists on St Helena to investigate the island's other native and endemic plants, many of which are reduced to small populations, and establish them in cultivation for possible re-introduction to protected areas. 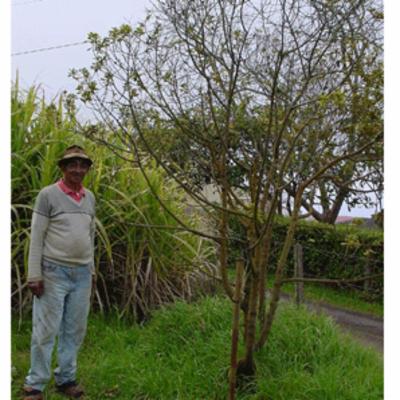 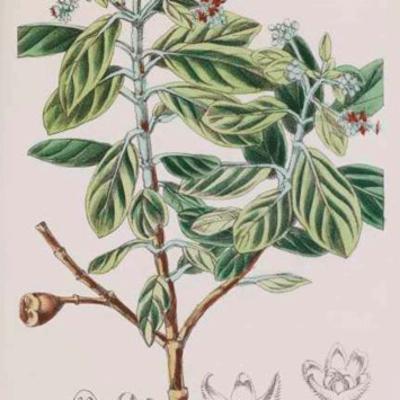 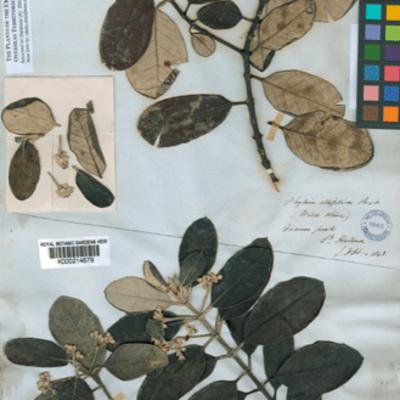 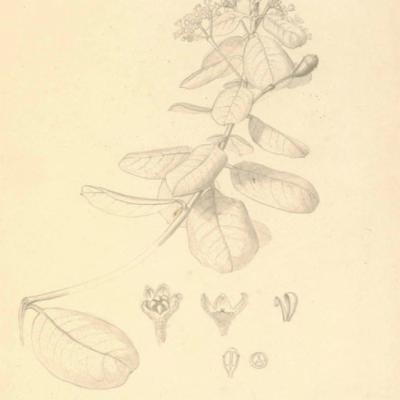