Blackthorn is a shrub belonging to the same genus (Prunus) as almond, cherry and plum trees. The specific epithet spinosa refers to the sharp spines or thorns that are characteristic of this plant. 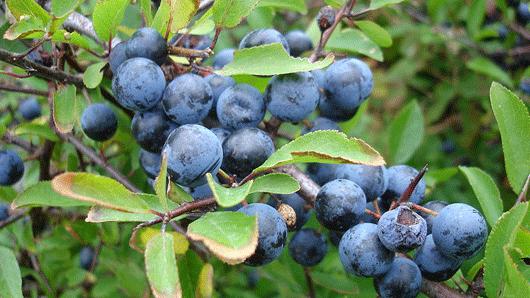 Blackthorn is a shrub belonging to the same genus (Prunus) as almond, cherry and plum trees. The specific epithet spinosa refers to the sharp spines or thorns that are characteristic of this plant.

Blackthorn is widespread across temperate Europe and also occurs in the Near East and northern Africa. It often grows in hedgerows or thickets, where it can form dense stands.

Overview: A deciduous, suckering shrub or small tree, commonly up to 4 m tall.

Leaves: Edges serrated like the teeth on a bread knife.

Fruits: Round, dark blue/purple, with a white bloom that can be wiped off. Each fruit contains a large stone with a single seed inside.

Blackthorn reproduces by suckering and by bird- or animal-sown seed.

Its habit of flowering before the leaves appear helps to distinguish blackthorn from other white flowering spring shrubs, such as hawthorn ( Crataegus monogyana ), for which flowers appear at the same time as or after their leaves.

Blackthorn is not considered to be threatened since it is widespread and often common and thrives in traditionally managed hedgerows and on common land.

Blackthorn fruits, known as sloes, are astringent when fresh and are not therefore eaten in the same way as those of many other Prunus species (such as cherries and plums).

Sloes are used to make the alcoholic beverage known as sloe gin. They are best harvested after a frost, which reduces the tannin content of the fruit. The skins of the fruit are punctured and covered with sugar, and then placed in a bottle to one third of its capacity, before it is filled to the top with gin. The contents are gently agitated over a period of at least three months, after which the contents are strained. The remains of the fruit can be mixed with melted chocolate to make sloe gin chocolate, once the liquid has been strained.

When tea derived from Camellia sinensis (a commonplace drink today) was a very expensive product, the young leaves of blackthorn were dried and used as a replacement for, or to adulterate, the more expensive tea.

In the 19th century, bundles of blackthorn branches (along with those of gorse or 'furze', Ulex europaeus and young elm, Ulmus species) were buried to improve field drainage.

Widely grown as a hedge plant, blackthorn can also act as a 'nurse plant' in a grazed field, allowing other plants (such as broadleaved trees) to develop protected from possible damage by grazing animals.

Four collections of Prunus spinosa seeds are held in Kew's Millennium Seed Bank based at Wakehurst in West Sussex.

Blackthorn can be propagated by sowing the stones shallowly (no more than their own length deep) in a well-drained growing medium. In order to germinate, the stones must be exposed to a period of cold for approximately two months. This can be achieved by placing them in a bag of moist sand in a fridge. Semi-ripe cuttings can be taken in late summer.Blackthorn tolerates most soils, except acidic ones, but does not perform well if shaded. Once it is established it is a tough, resilient plant.

Large quantities are most easily obtained as young, bare-rooted plants that are only available when dormant, from November to March. These are useful if a large amount of blackthorn is to be planted (for instance, when establishing a hedge). The roots must be covered until planting, since exposure to wind or sun risks their drying out and dying. If conditions prevent immediate planting (if the soil is too wet or frosty) the plants can be healed-in temporarily until conditions are more favourable.

Blackthorn should be grown from seed collected as locally as possible since this helps to preserve local gene pools. Plants from abroad can flower and fruit at slightly different times to native ones and so can be out of phase with local wildlife.

Blackthorn occurs naturally in the Loder Valley Nature Reserve at Wakehurst and can also be seen growing in the Conservation Area at Kew.

A shillelagh (stout club or walking stick) made of blackthorn, which was originally used for self-defence in Ireland, and a fishing device made with blackthorn spines are held in Kew's Economic Botany Collection, where they are available to researchers by appointment.

Branches bear sharp thorns and fruits produce a compound that can generate small quantities of hydrogen cyanide in water.

Use
Flavouring for alcoholic beverages, timber. 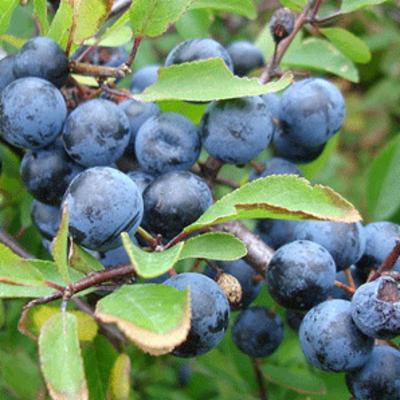 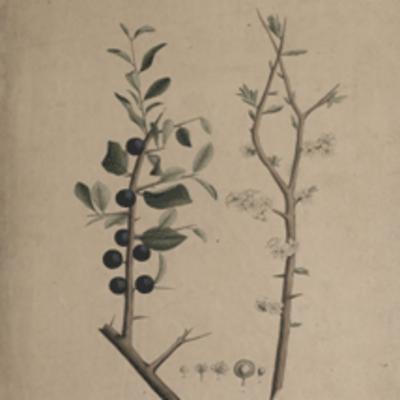 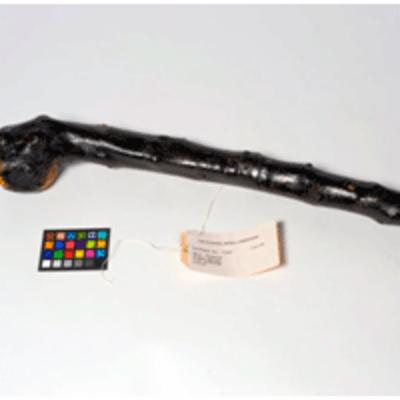 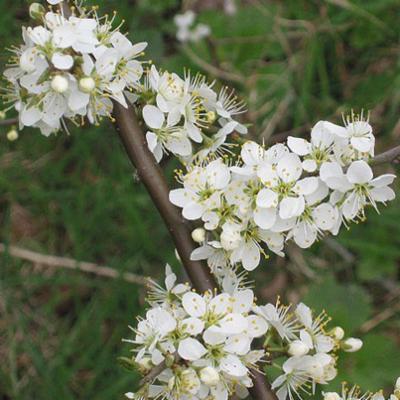 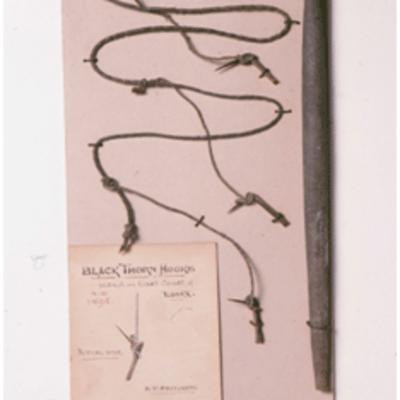 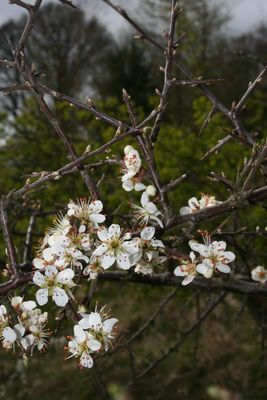 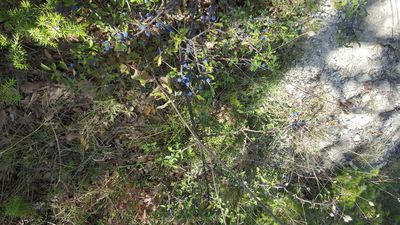 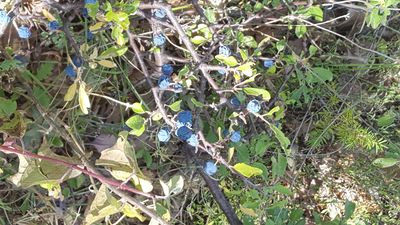 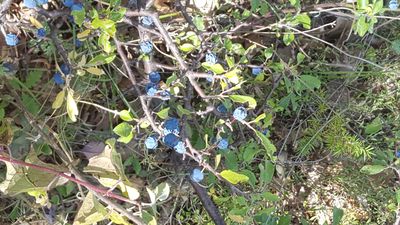 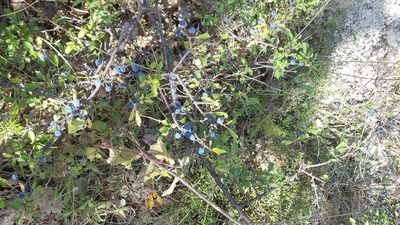 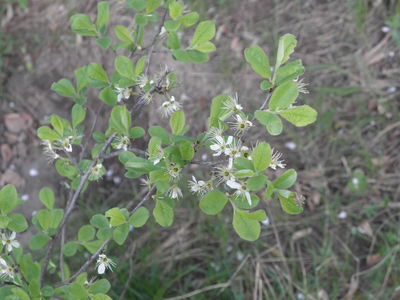 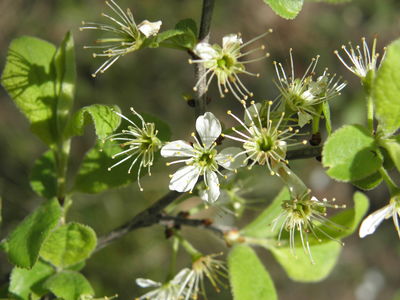 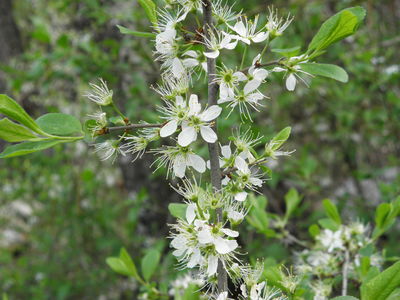 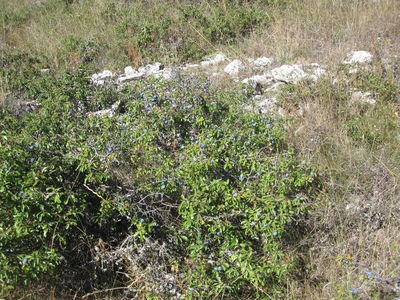 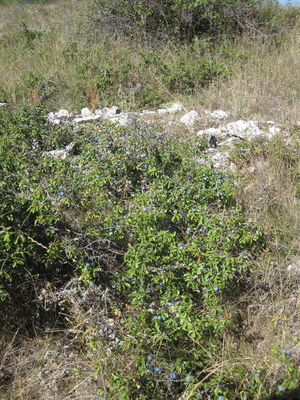 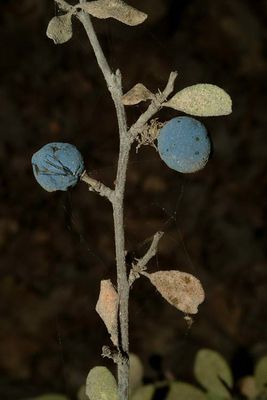 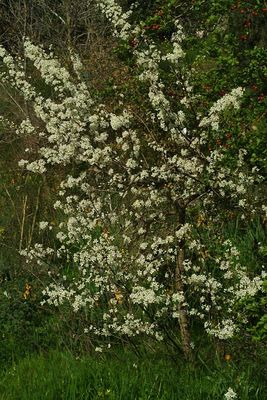 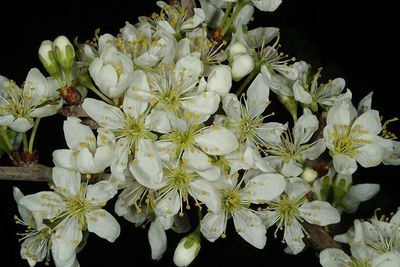 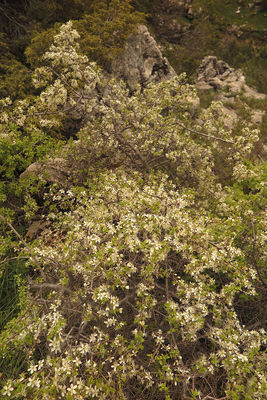 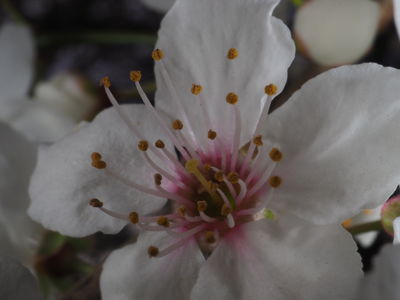 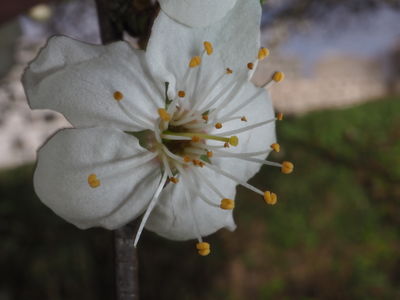 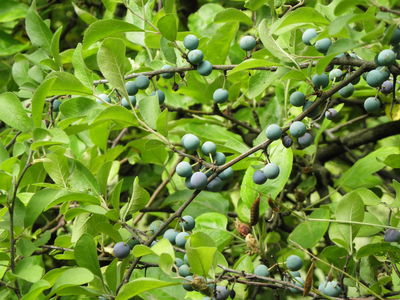 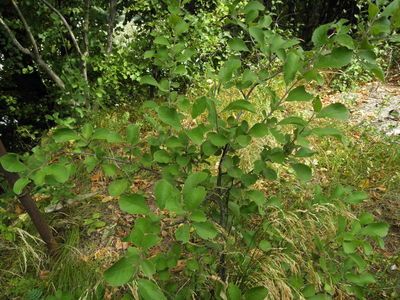 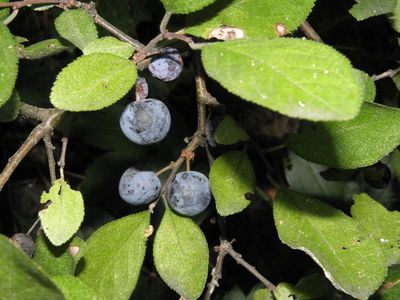