The Chinese have a long history of growing roses for both ornamental and medicinal purposes. Repeat-flowering roses were amongst cultivated plants introduced to Europe from China in the late 18th century. 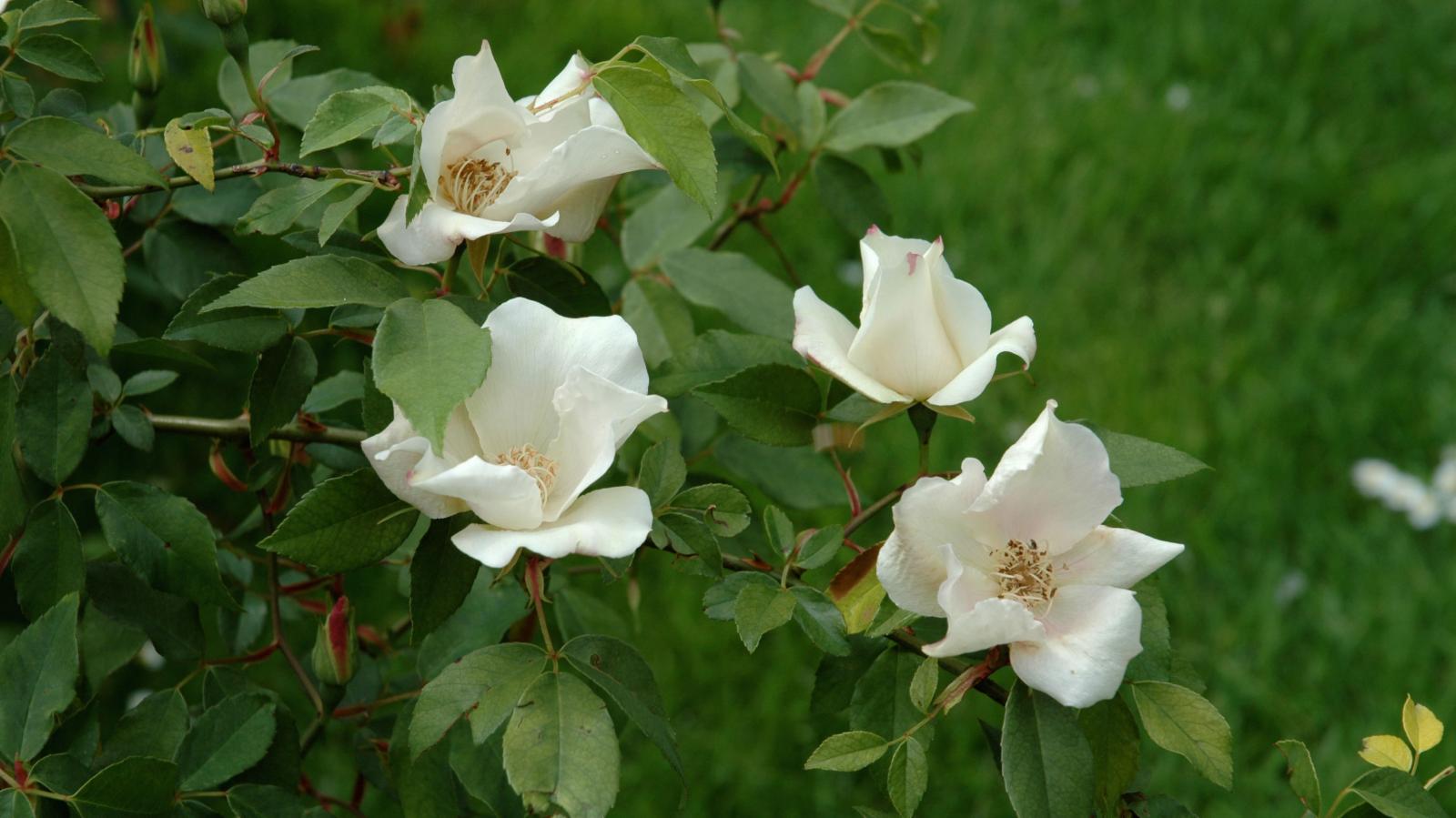 General Description
Flowers of the China rose can vary greatly in colour and may open red, creamy white, or unusually a beautiful pale pink that later becomes red. This hardy rose is renowned for darkening over time, whereas other species lighten after opening.

The Chinese have a long history of growing roses for both ornamental and medicinal purposes. Repeat-flowering roses were amongst cultivated plants introduced to Europe from China in the late 18th century.

Rosa chinensis, described and illustrated by Nikolaus Joseph von Jacquin (1727-1817) in 1768, is the ancestor of many of the popular cultivated roses found in gardens around the world today.

Species Profile
About the two varieties

Rosa chinensis var.  spontanea is the wild variety and was collected by Augustine Henry near the Ichang Gorges in western Hubei and formally described as a variety in 1914. Although collected several times in the early 20th century, it was not seen again by foreign botanists until 1983 when it was rediscovered by the Japanese botanist Mikinori Ogisu at 1,700 m in Leibo, south-western Sichuan.

Overview: In the wild, this is an evergreen climber or large shrub with arching, scrambling branches up to 8 m or more when climbing in trees. The young shoots have hooked crimson thorns, whereas side shoots have fewer, scattered thorns.

Flowers: In the wild form, Rosa chinensis var. spontanea flowers appear on short side shoots from March to May and are single. In the cultivated Rosa chinensis var. chinensis , flowers are single, double or semi-double and appear throughout the year. There are 5 sepals, the largest up to 3 cm long, lanceolate, and reflexed after the flower opens. There are usually 5 petals, each broadly ovate, 3-4 cm long and wide, opening pink, buff or cream with red lines, usually becoming red-purple on exposure to sunlight, sometimes opening red or purplish.

Fruits:  The hips (fruits) are round and green, becoming orange-yellow, with usually only 2 or 3 large seeds per hip and a hard seed coat.

Rosa chinensis is used in traditional Chinese medicine (TCM). Roots and fruits are used for treating arthritis, boils, cough, haemuturia and rheumatoid joint pains. The fruit is applied to sprains, ulcers and wounds. Flower buds are used as a tonic, circulatory stimulant, emmangogue (stimulating blood flow in the pelvic area and uterus) and menstrual regulator and for chest and abdominal pain and distension. The flowers contain an aromatic essential oil. The fruit, flowers and young shoots are edible.

China rose is the ancestor of many of the popular cultivar groups of roses, such as hybrid tea and floribunda, so common in gardens today.

Rosa chinensis var. spontanea is easily cultivated and will thrive on a warm wall or in the open garden. Because of its early flowering and leafing, in March or early April in China, in February or March in England, it requires shelter from late frosts, snow and heavy rain, which damage the young shoots. Flowering takes place on two year-old and older shoots, so it is important not to prune the stems until they have flowered or are at least three years old. Leaves may become affected by blackspot but not seriously enough to cause defoliation. Propagation is by cuttings or budding. Seeds require a cold winter with some light frost to germinate, which can often take three or more years.

Rosa chinensis var. chinensis is equally easy to grow. It is a smaller, repeat-flowering shrub and flowers may be open at any time of year if the weather is warm enough. In some cultivars, flowers are red in warm weather and pink when it is cold. Flowering is on new wood, so plants may be pruned hard in the spring to flower through the summer. Propagation is usually by cuttings or budding.

Since the early 1990s there has been a large increase in the diversity of plant-based products entering world trade for use in cosmetics, herbal medicines (especially traditional Chinese medicines), functional foods, potpourri, colouring agents and pet products. Kew is investigating these using a range of morphological as well as chemical and DNA fingerprinting methods to identify the species of plants being traded and studying whether plant-derived products contain the appropriate range of compounds associated with their proposed use.

Over 1,000 species and over 1,500 plant extracts have been studied so far. Although in most cases the correct species has been traded, Kew has encountered a few incidents when incorrect species or poor quality substitutes have been used. Other issues relate to the over-exploitation of some species, especially those that are wild harvested where there is a need to develop sustainable harvesting practises to avoid adulterants or poor quality material entering the trade.

Rosa chinensis is found in the rose collection just south of the Palm House. Rosa chinensis var. spontanea seen today at Kew was collected by the Kew Sichuan expedition and planted in 1991. The specimens are unusual in having creamy-white not pink or red flowers.

Pressed and dried specimens of Rosa chinensis are held in Kew's Herbarium, where they are available to researchers from around the world, by appointment. The details of some of these, including images, can be seen online in the Herbarium Catalogue.

Use Environmental
Environmental uses.
Use Gene Sources
Used as gene sources.
Use Food
Used for food.
Use Medicines
Medical uses. 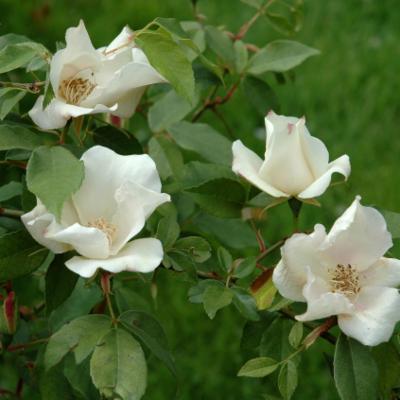 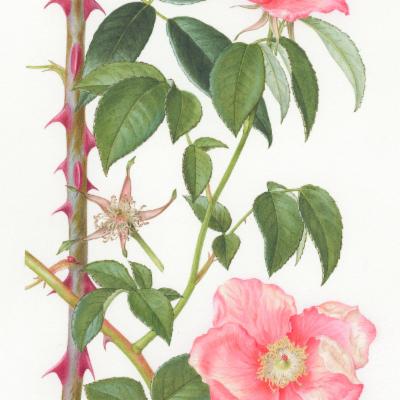 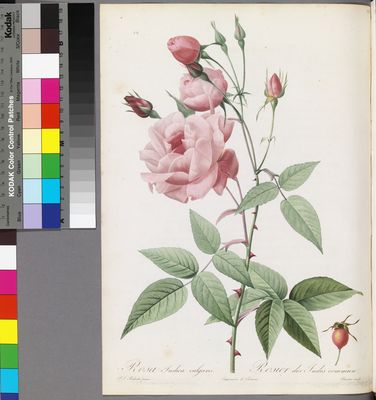 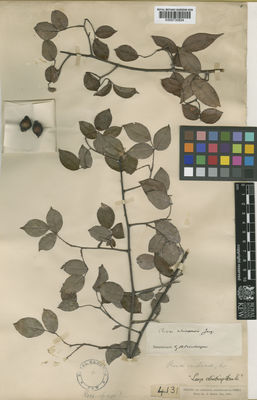 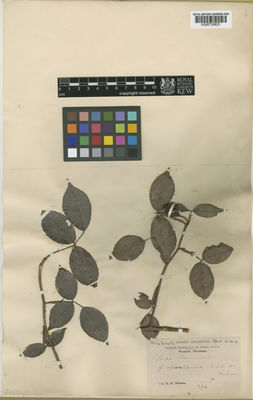 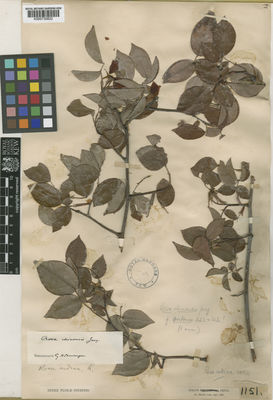 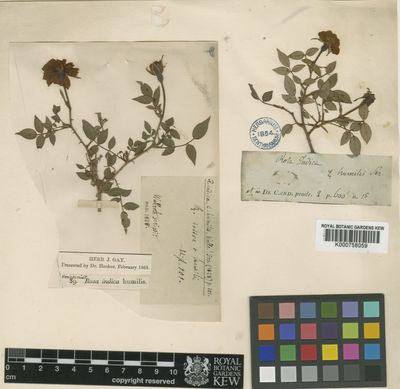 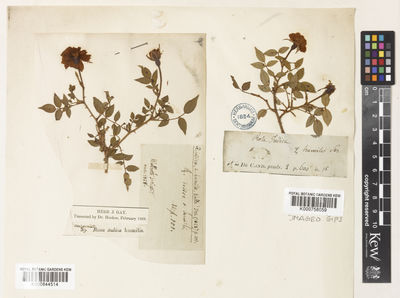 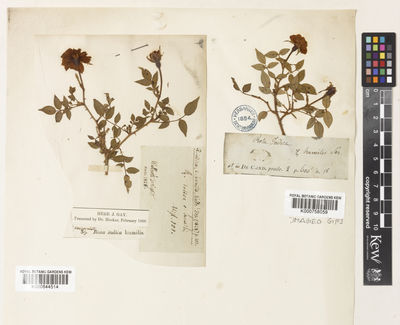 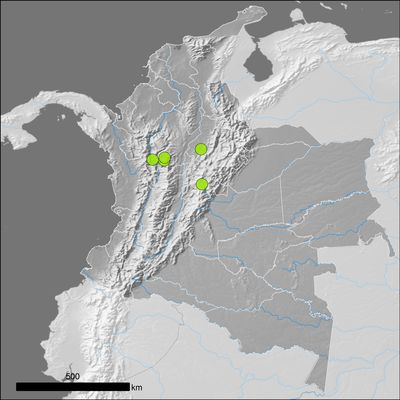