There are around 14 species of Monodora (meaning one gift, alluding to its solitary fruit) in tropical Africa. Monodora myristica is a large deciduous tree (up to 35 m) and has a wide canopy of green leaves and stunning flowers. 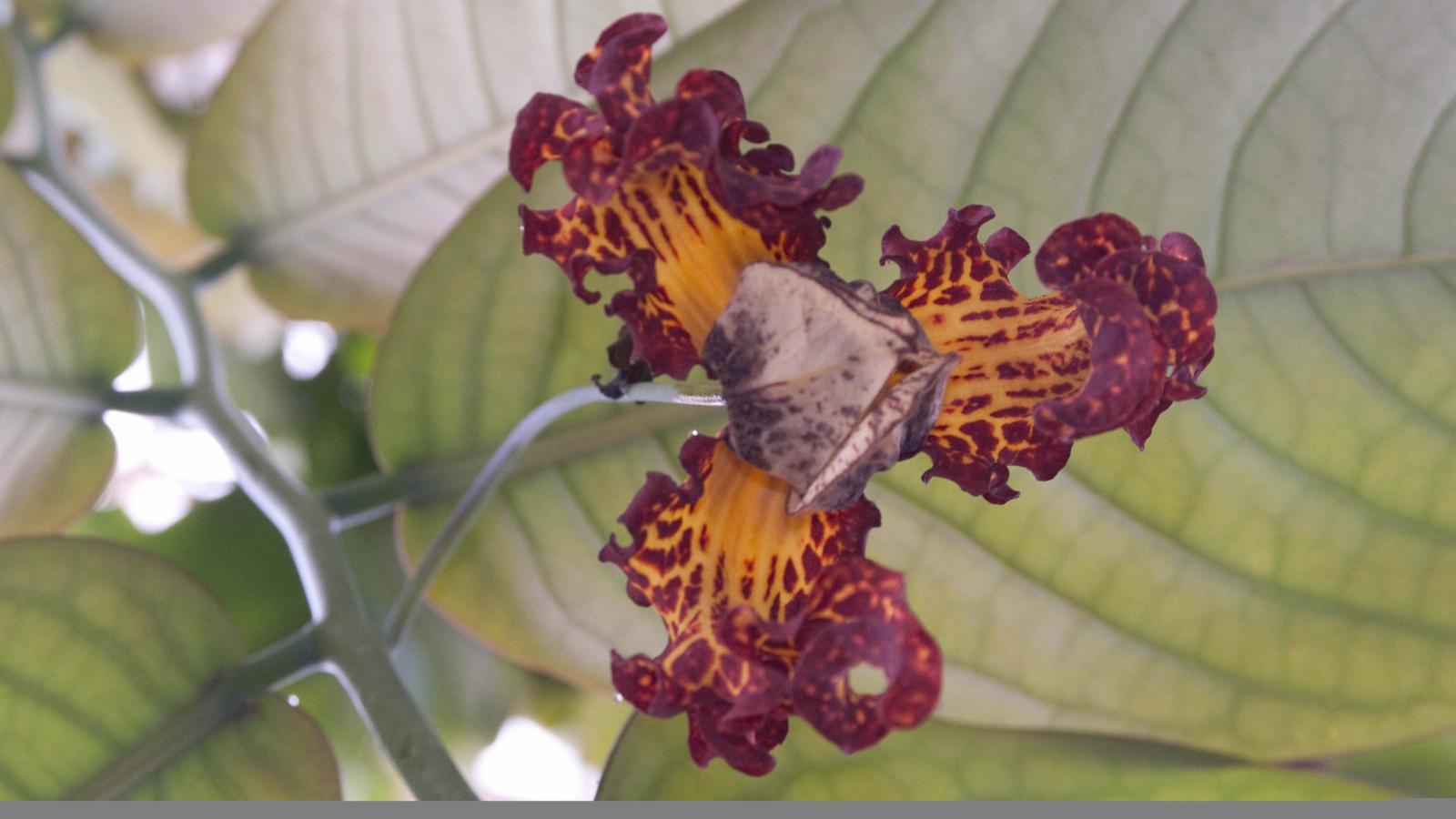 General Description
Calabash nutmeg is a large tropical tree with huge leaves and exotic, scented flowers that hang down on cord-like twigs.

There are around 14 species of Monodora (meaning one gift, alluding to its solitary fruit) in tropical Africa. Monodora myristica is a large deciduous tree (up to 35 m) and has a wide canopy of green leaves and stunning flowers.

In the wild, this species is pollinated by beetles and produces large fruits filled with pulp and aromatic, brown seeds. The seeds are used in Africa as a substitute for nutmeg, hence the name calabash nutmeg. Monodora myristica was introduced to the Caribbean in the 18th century and is known there as Jamaican nutmeg.

Monodora myristica is native to tropical West Africa and further east to Uganda, Kenya and Tanzania. It is introduced to Jamaica, other parts of the Caribbean and elsewhere.

Calabash nutmeg forms a large branching tree with a grey-barked trunk and can reach 35 m high in nature. It has large leaves (35 cm long and 18 cm wide) at the end of its branches. The leaves are purple at first but turn a smooth deep green on the upper side with paler green underneath. They are prominently veined and the petiole (leaf stem) is purplish.

The scented, waxy flowers are suspended on long stalks and have three calyx lobes (parts that remain free in a fused calyx) and three petals arranged in two whorls (circular attachment of sepals and petals at a single point). The yellowish calyx lobes, frilled at the edges, are splashed with red. The petals are paler with purplish red spots. The flowers are followed by large woody fruits filled with brown seeds embedded in aromatic pulp.

Describing and naming the calabash nutmeg

Writing in Curtis's Botanical Magazine in 1831, W.J. Hooker noted that: 'We are much indebted to Dr. Bancroft of Jamaica for a drawing, and specimens both dried and in spirits, and for an accurate description of this rare and little-known plant. The fruit alone was described by Gaertner, under the name of Anona myristica , from Sir Joseph Banks's Museum.' Edward Nathaniel Bancroft (1772-1842) was an English physician who was appointed as a doctor in the army and served abroad for many years, latterly in Jamaica where he remained until his death. He was particularly interested in yellow fever, malaria and other tropical diseases. It was Michel Félix Dunal (1789-1856), Professor of Medicine and Botany and Director of the Jardin des Plantes at Montpellier, who gave the tree its present name in 1817.

The seeds are the most economically important part of this tree. They are widely used in West Africa as a substitute for nutmeg in soups, stews and cakes. In traditional medicine, the seeds are used as a stimulant, stomachic and treatment for headaches. They are also used as rosary beads and are considered by some to have magical properties. The timber is easy to work and used for carpentry, turnery and walking sticks. Monodora myristica is cultivated as an ornamental.

The seeds of Monodora myristica are being investigated as part of Kew's 'Difficult' seeds project. The seeds of this species may become dormant and to overcome this seeds may need to experience several 'seasons' to allow the embryo to grow and develop before germination will occur.

Propagation of Monodora myristica is by seeds, suckers or layers.

Monodora myristica can be found in the Palm House.

Pressed and dried, and alcohol-preserved specimens of Monodora myristica are held in Kew's Herbarium, where they are available to researchers from around the world, by appointment. The details of some of these specimens, including images, can be seen online in the Herbarium Catalogue.

Kew's Economic Botany Collection includes samples of wood, fruits and seeds of Monodora myristica , which are available to researchers from around the world by appointment. 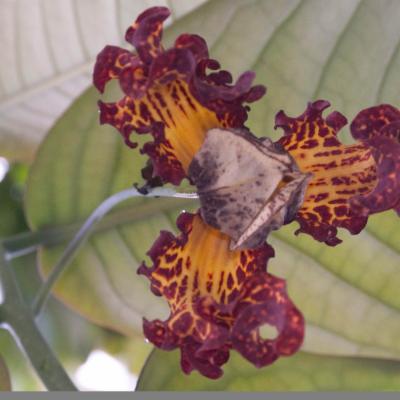 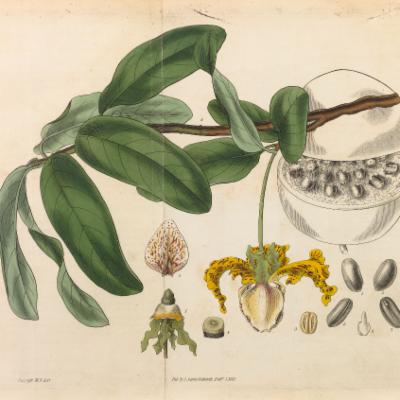 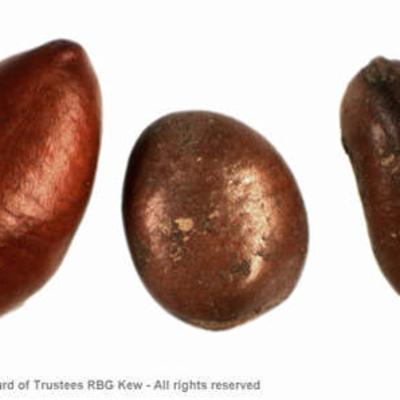 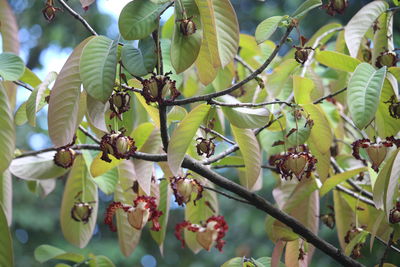 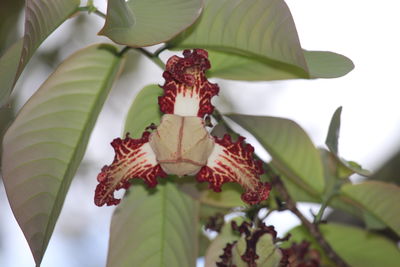 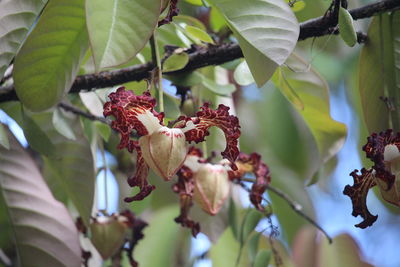 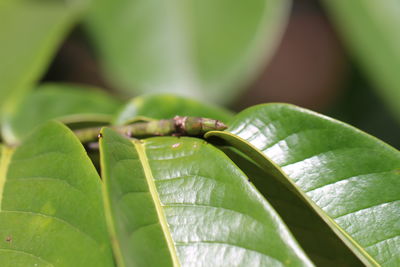 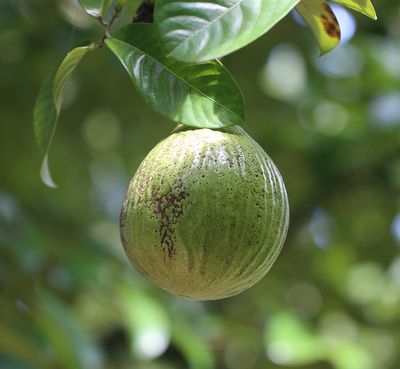 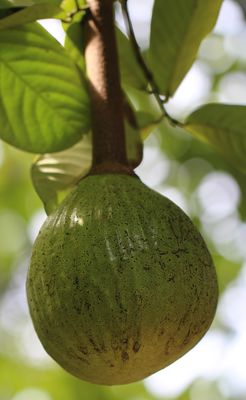 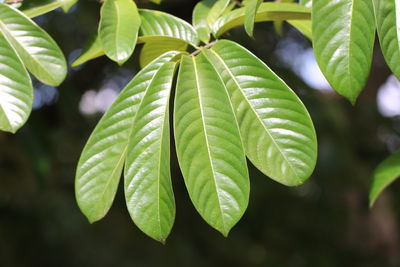 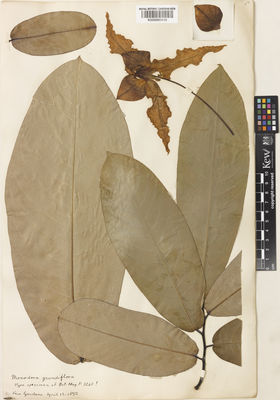 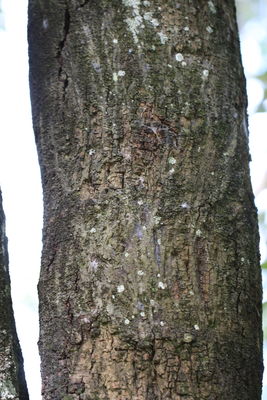 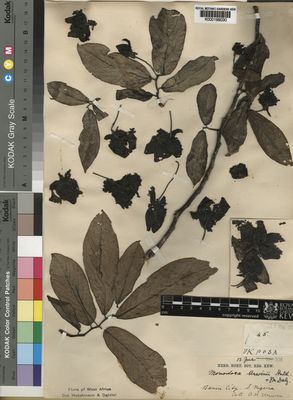