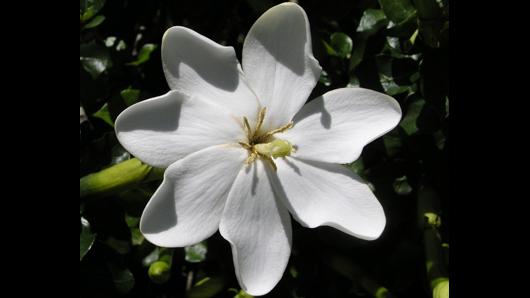 General Description
The large, showy, creamy-white flowers of the white gardenia have an overpowering scent, which is particularly noticeable at night and typical of moth-pollinated plants.

Gardenia thunbergia grows along the eastern coast of South Africa, from the Eastern Cape to the north of KwaZulu-Natal, and in southern Mozambique. It is usually found in evergreen forest and on forest margins but occasionally in woodland and on the veld (dry habitat in southern Africa dominated by grasses and low shrubs).

This evergreen shrub or small tree grows up to 5 m high and has a smooth, whitish, main stem and clusters of glossy green leaves at the ends of short branches. The flowers are large, creamy white and highly scented, with eight petals. They are borne from October to March and thought to be pollinated by moths. The flowers are followed by woody, greyish, egg-shaped fruits. These hard fruits are difficult to open, and the seed needs to be extracted by smashing or sawing through the woody shells.

The species is not threatened across its entire range but has been recorded as rare in the Cape.

Gardenia thunbergia is grown as an ornamental. The roots, leaves, bark and latex are used in African traditional medicine. The wood is used to make tools, tool handles and buttons. There has been some laboratory research on the molluscicidal properties of G. thunbergia .

White gardenia has the characteristic showy Gardenia flower. Its amazing scent makes it a welcome addition to the conservatory in Britain and, given favourable conditions, it can grow to a large shrub. Plants can also be propagated by cuttings.

Gardenia thunbergia can grow in any frost-free climate, provided that it has ample rain in summer or is watered through the year. It is best in a slightly acid soil with ample humus and will thrive in sun or part shade. Any pruning needed should be done soon after flowering.

White gardenia can be seen growing in the Palm House at Kew.

Alcohol-preserved specimens of Gardenia thunbergia are held in Kew's Herbarium, where they are available to researchers from around the world, by appointment. The details of one of these specimens can be seen online in the Herbarium Catalogue.

The botanical artist Marianne North also depicted Gardenia thunbergia in her painting ' Two Flowering Shrubs of Natal and a Trogon ' that can be seen in the Marianne North Gallery.

Use
Ornamental, medicinal, as a raw material. 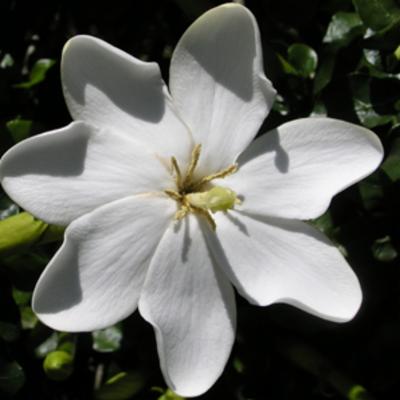 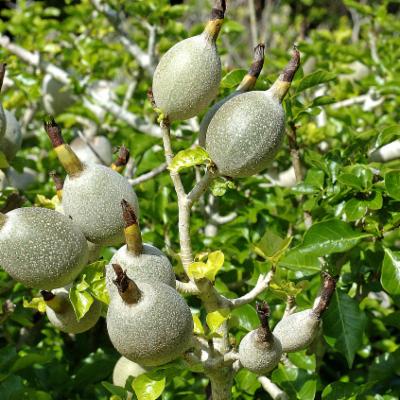 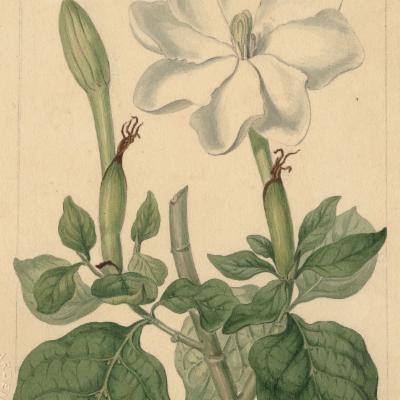 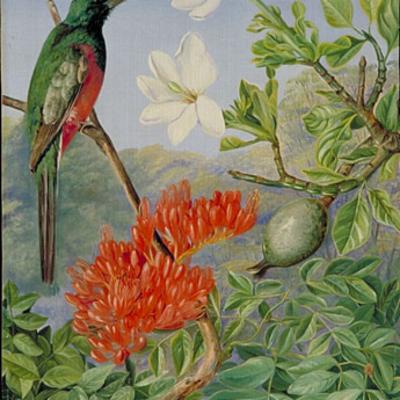 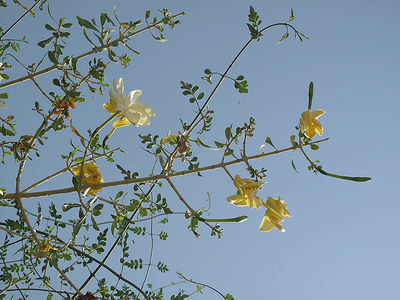 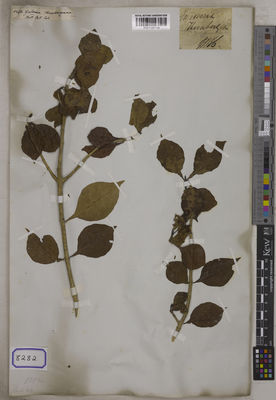 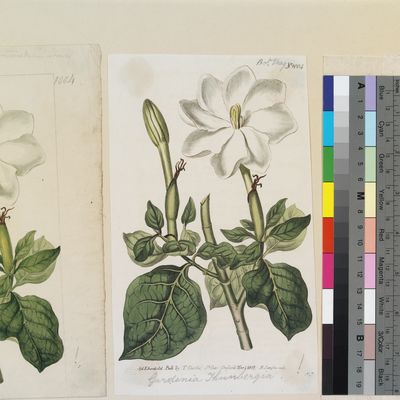 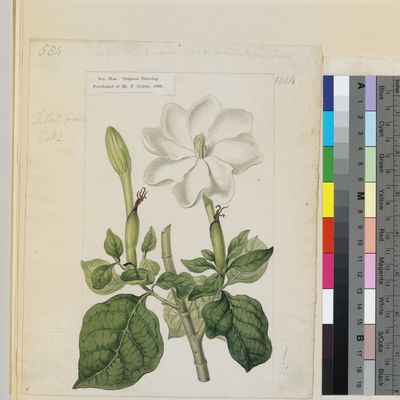