Coffea ambongensis and a further new species described by the Kew-Madagascar team, Coffea boinensis, have the world's largest coffee beans, being more than twice the size of those of Arabica coffee (Coffea arabica), the main species used in the commercial production of coffee. No one yet knows what these beans taste like, but perhaps more importantly we do not yet know their potential for the future of coffee production. 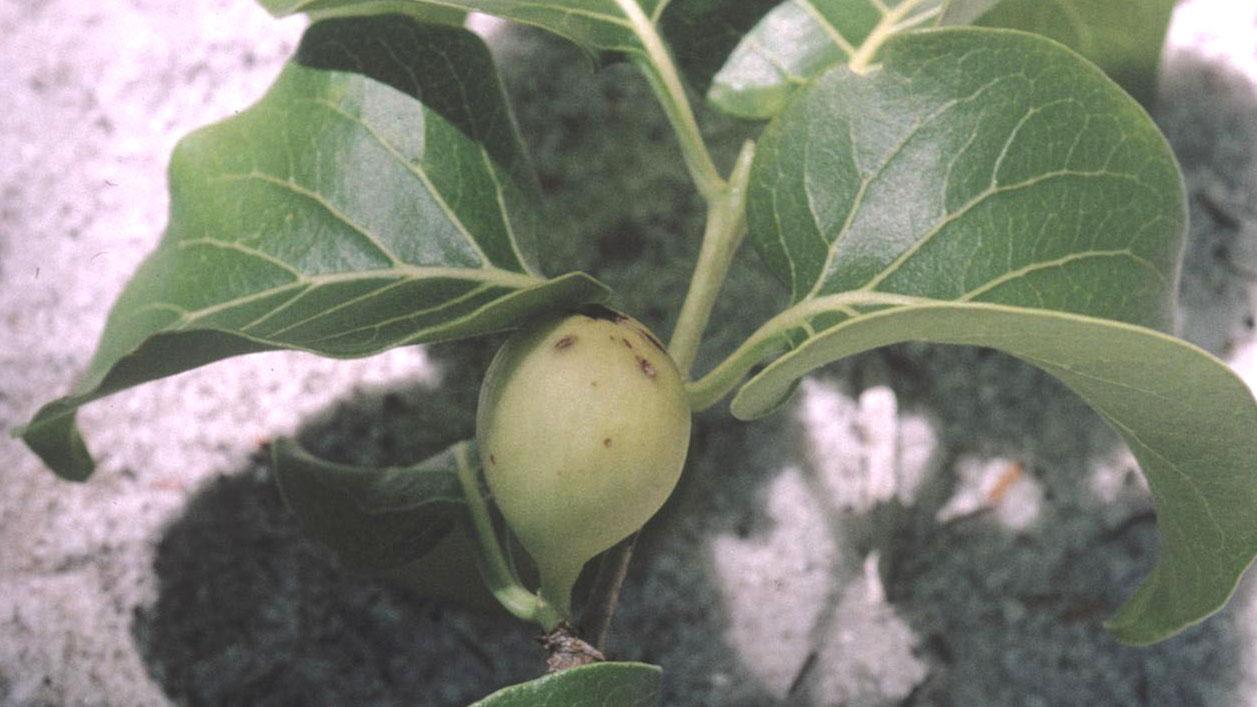 Coffea ambongensis and a further new species described by the Kew-Madagascar team, Coffea boinensis, have the world's largest coffee beans, being more than twice the size of those of Arabica coffee (Coffea arabica), the main species used in the commercial production of coffee. No one yet knows what these beans taste like, but perhaps more importantly we do not yet know their potential for the future of coffee production.

Leaves: The stipules (small appendages between the leaf stalks) are united and form a tube. The leaf blades are heart-shaped to more or less triangular in outline, 8-8.5 x 4.2-7 cm, with a hairy margin and are held on a sparsely hairy leaf stalk of 1.2-2 cm long.

Flowers: The white flowers are borne in pairs along the length of a flowering shoot. The petals are united to form a tube 3.1-3.7 cm long, which divides into 6 or 7 corolla lobes. Sticking out from the corolla tube are the anthers (male parts) and a single style (female part).

Fruits: The fruits are egg-shaped to more or less pear-shaped, hairless and yellow or yellow-red when mature.

Seeds: The seeds ('coffee beans') are encased in a hard, almost crispy shell, which together form a structure known as a pyrene. The pyrene is enclosed within the soft outer layer of the fruit. The seeds are light brown when dry, and are 13-15 x 10-11 x 8-9 mm.

Coffea ambongensis has been rated as Endangered according to IUCN Red List categories. The total extent of occurrence is only 101 km², and it is known to exist at only five locations. The extent of occurrence is only just above the figure for Critically Endangered (100 km²), however, Kew scientists believe that further fieldwork in coastal western Madagascar is likely to increase the spatial distribution for this species.

Kew botanists have discovered more than 20 new species of Coffea in the past decade, a large percentage of the 100 or so species now known to science. This is good news, but research at Kew has shown that an estimated 70% of these are threatened with extinction.

New research being undertaken at Kew with in-country partners is focusing on Arabica coffee and its close relatives, to understand better how to conserve these important species in a changing world, particularly as coffee production in some areas is already being influenced by climate change. Our daily cup could be in danger, but more importantly there are around 25 million families world-wide who make a living from coffee.

The more species we discover and preserve, and the better we understand them, the more genetic resources we will have to mitigate the changes occurring in our environment.

In 1841, during the early botanical exploration of Madagascar, the French botanist and explorer Auguste Pervillé collected a bizarre and unknown plant from the little-known region of Ambongo, in the north-eastern part of this large and fascinating island.

A few years later, between 1847 and 1852 it was collected again by another French botanist, Louis-Hyacinthe Boivin, working in the same region, but then it seemed to disappear, despite intensive botanical survey work undertaken in the later part of the twentieth century.

Some 150 years later, in 1999, a Malagasy student working with the Royal Botanic Gardens, Kew, rediscovered Pervillé's mystery plant growing in a small area of seasonally dry forest only 20 km from one of Madagascar's main cities, Mahajanga.

Careful examination back at Kew revealed that inside the fruit of this plant was a very large coffee bean. Further study of the plant, including DNA analysis by experts at Kew's Jodrell Laboratory, showed that this was a new species of coffee, to be named Coffea ambongensis .

Distribution
Madagascar
Ecology
Littoral forest and scrub, seasonally dry and mostly deciduous; on white sand.
Conservation
Provisionally assessed as Endangered (EN) according to IUCN Red List criteria but not yet assessed and published by IUCN
Hazards

Use
None known, although could have potential in commercial coffee production. 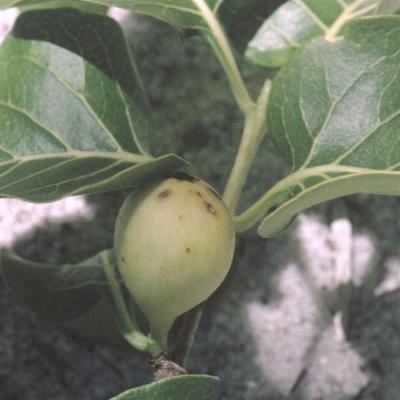 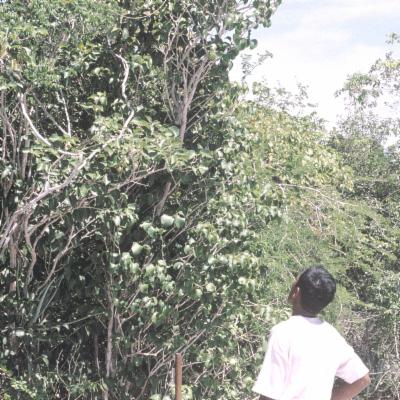 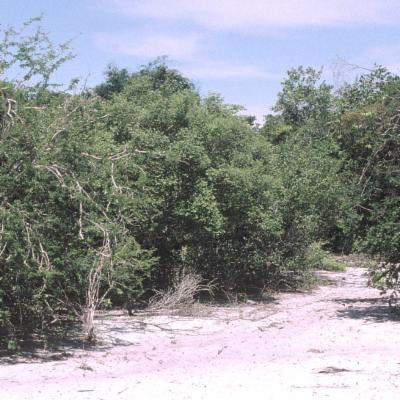 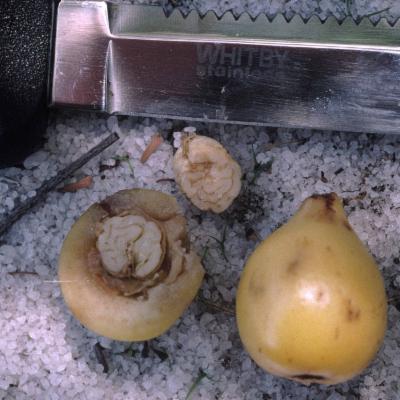 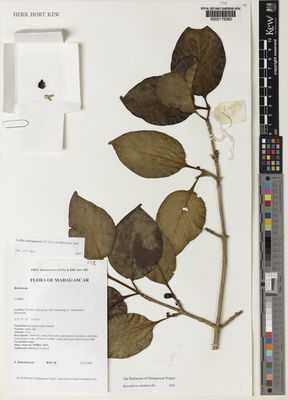