Malus crescimannoi is an inedible wild relative of the cultivated apple, Malus pumila. It is endemic to north-eastern Sicily and belongs to the Rosaceae family, which also houses roses and other edible fruit species such as pears, plums and raspberries. 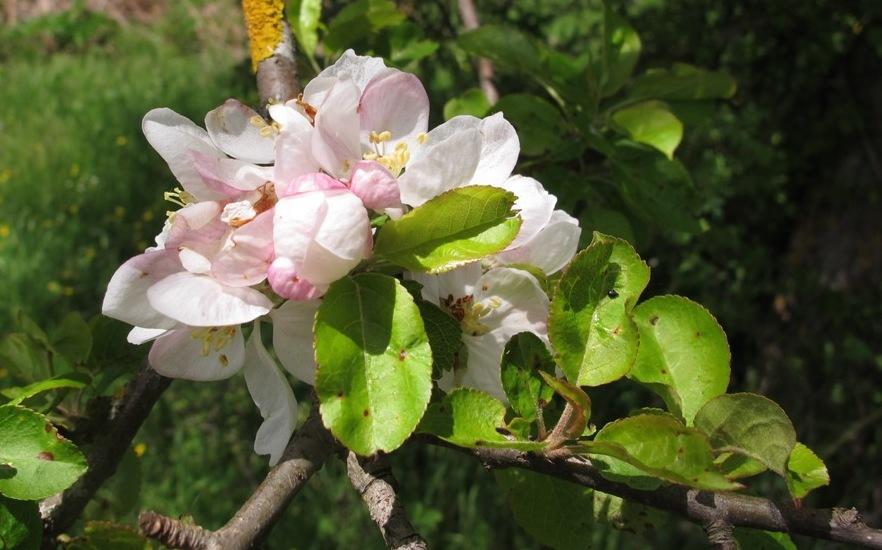 Malus crescimannoi is an inedible wild relative of the cultivated apple, Malus pumila. It is endemic to north-eastern Sicily and belongs to the Rosaceae family, which also houses roses and other edible fruit species such as pears, plums and raspberries.

Selection over thousands of years has produced an enormous diversity of apple cultivars varying in shape, colour, sweetness, crispness and storability. Wild relatives of apple, such as Malus crescimannoi, may contain useful genes that can be used in breeding programs to add commercial qualities to cultivated varieties, as well as making them more resilient to diseases and stresses such as drought and temperature change.

The 'Adapting Agriculture to Climate Change' project led by the Millennium Seed Bank and the Global Crop Diversity Trust is collecting the wild relatives of 29 of the most globally important crops, including apple, and making them available to breeders for the selection of new varieties which are more resilient to the effects of climate change.

Malus crescimannoi  is endemic to Sicily. Populations can be found growing in the submontane belt of the Flascio river basin on the northern slopes of Monte Soro in the northeast of the island.

Overview:  Malus crescimannoi  is a deciduous tree which can reach up to 10 metres in height. Its trunk is covered in cracked bark.

Leaves:  Buds are small (5 x 3 mm) and conical with hairless scales. The leaf blade is 55 x 35 mm, hairy when young and more or less hairless when mature. They are supported by a hairy petiole (leaf stalk) which can be up to 45mm long.

Flowers:  It flowers in April and May with pink and purple blossoms. It has triangular hairy sepals which persist on the plant. Flowers are 14 x 10 mm in diameter, each consisting of 5 petals with over 15 stamens. The ovary is inferior, positioned beneath the sepals, petals and stamens. It contains 5 locules (chambers), each with 1 or 2 ovules. It is distinguished from  Malus domestica  and  Malus sylvesteris  (which also grow in the region) by its smaller flowers and stamens shorter than styles.

Fruits:  The fruit is a 40 x 40 mm pome which is essentially a womb that encloses the inedible true fruit. It is usually light yellow, sometimes partially pink when ripe.

Number of seed collections stored in the Millennium Seed Bank:  One

The Millennium Seed Bank and the Global Crop Diversity Trust are engaged in a ten-year project, called 'Adapting Agriculture to Climate Change'. The project aims to protect, collect and prepare the wild relatives of 29 key food crops, including apple, so that they are available to pre-breeders for the development of new varieties that are more resilient to the effects of climate change.

There is an enormous amount of diversity found in apples. However, many varieties are lost because they do not meet the commercial standards for storage and appearance or are hard to cultivate and susceptible to diseases. Conserving these varieties is important because they are a genetic storehouse which can safeguard the future of the fruit.

Apples are susceptible to many pests and diseases, and conventional commercial production relies heavily on agrochemicals to maintain yields and to drive away pests. Applescab, a fungal disease, is the most devastating disease of apple worldwide. Other diseases include powdery mildew and fireblight. As these diseases evolve, crop diversity will be needed to support continued yields and to breed resistance.

The greatest source of genetic diversity comes from crop wild relatives, such as  Malus crescimannoi , which in addition to the varieties, can be used in breeding programs to protect the crop against disease and environmental stress.

Ecology
Found in deciduous Quercus and Fagus woods from 1,000-1,600 metres above sea level.
Conservation
Not enough information is available to do a conservation assessment. However, it has been suggested that this species is near threatened.
Hazards 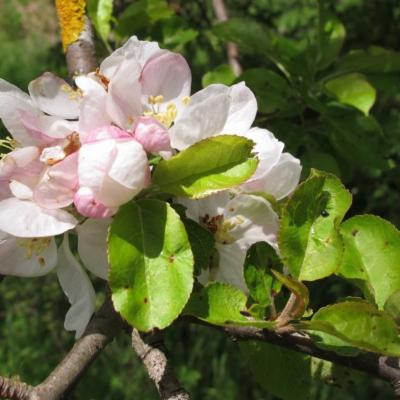