First published in Fl. Medit. 22: 65 (2012)
This species is accepted
The native range of this species is Canary Islands (N. Tenerife). It is a shrub and grows primarily in the subtropical biome. 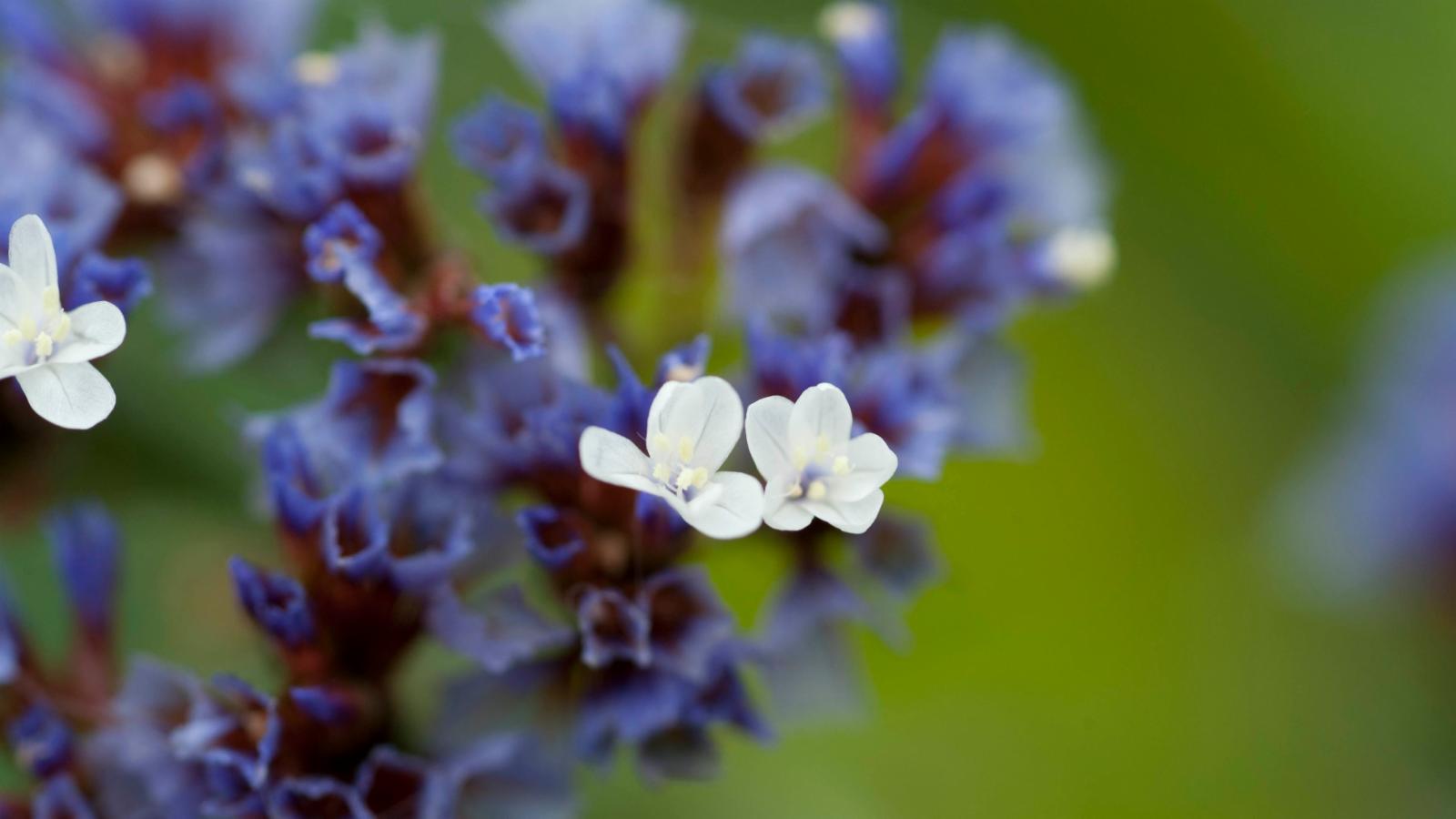 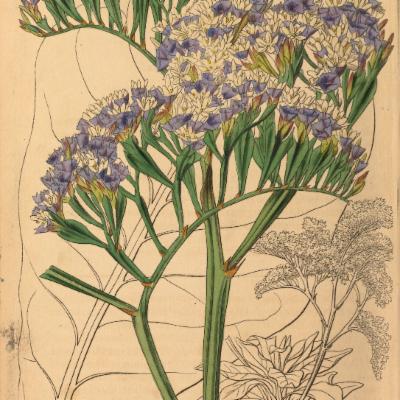 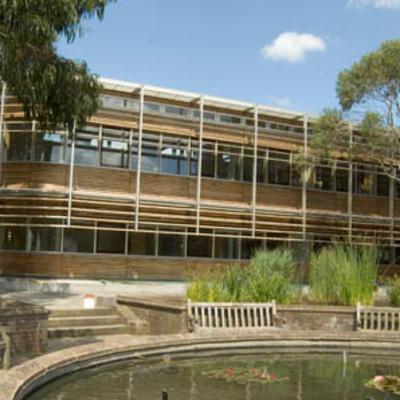 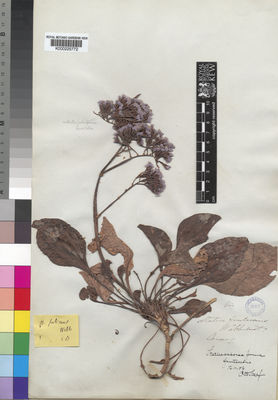 General Description
This tree sea lavender, native to the Canary Islands, is one of the largest species in the genus Limonium.

There are several shrubby sea lavenders found in the wild in the Canary Islands, where Limonium arborescens is native. It is now rare due to habitat disturbance.

It is often grown in mild gardens and has been introduced as an ornamental in California, where it has naturalised.

Limonium arborescens is native to La Palma, and Tenerife where it grows on cliffs on the northern coast. It is also naturalised on other Canary Islands and in parts of California, on waste ground and roadsides, sand dunes and coastal lagoons.

Limonium arborescens is a large perennial, woody at the base, reaching 2 m high. The rosettes of large, greyish-green leaves can be up to 60 cm across. The flowering stems and branches are narrowly winged. The clusters of flowers appear lavender-purple, but the colour is actually due to numerous purple calyces enclosing small white flowers. Flowers occur from March to October.

The main threats are competition with other species and trampling by livestock. Grazing pressure has decreased recently and does not seem to be a current threat to the species. There is a risk of hybridisation with the native species Limonium fruticans and cultivated species present in surrounding areas. Changes in land use, construction of roads, and competition with exotic species have also been reported as threats.

Tree sea lavender is cultivated as an ornamental. It can be grown outdoors in Mediterranean climates.

When tree sea lavender was figured in Curtis's Botanical Magazine in 1840 (see image, right), the artist used as his model a plant from the conservatory of the Duke of Bedford at Woburn. In the accompanying text, the Director of Kew, William Jackson Hooker, wrote: 'It is exclusively an inhabitant, according to PB Webb Esq, of a few rocks of Burgado on the coast of Teneriffe, and has been, by that gentleman, introduced to our gardens.'

Around this time, a specimen of the plant 'covered with large clusters of flowers', exhibited from the Nursery of Messrs. Luccombe, Pince and Co., was awarded a gold medal 'an unusual mark of distinction' by the London Horticultural Society (now the RHS).

Kew scientists Dr. Lola Lledó, Professor Mark Chase and Dr Mike Fay of the Jodrell Laboratory, together with colleagues at the Universidad de Alicante, Spain, analysed DNA sequences of Limonium and related genera in order to gain a better understanding of the evolutionary relationships between the species, and as a step towards resolving some of the taxonomic confusion that exists within Limonium and the family Plumbaginaceae.

Their research (published in the American Journal of Botany ) indicated that Limonium reached the Canary Islands on at least three occasions in the past (the oldest migration having been about 7.5 million years ago) and that the colonizers most likely came from North Africa and the southern Iberian Peninsula.

Despite the relatively short distance from the continent, many species on the Canary Islands have evolved separately from their mainland relatives, making the Canary Islands a centre of plant diversity with a high proportion of endemic species (i.e. species found nowhere else) and a priority for conservation.

Tree sea lavender is growing in the Princess of Wales Conservatory in the dry climate section.

Pressed and dried specimens of Limonium arborescens are held in Kew's Herbarium, where they are available to researchers from around the world, by appointment. The details of one of these specimens, including an image, can be seen online in the Herbarium Catalogue.