There are around 18 species of carnivorous Heliamphora, all of which are endemic to Venezuela, Guyana and Brazil. Heliamphora nutans was the first species in the genus to be discovered. It was spotted by Robert and Richard Schomburgk on the slopes of Mount Roraima in October - November 1838. Robert Schomburgk was a German cartographer who had travelled to the region on behalf of the Royal Geographical Society in order to create the first detailed maps of British Guiana (now called Guyana), which was Britain's only colony in mainland South America. 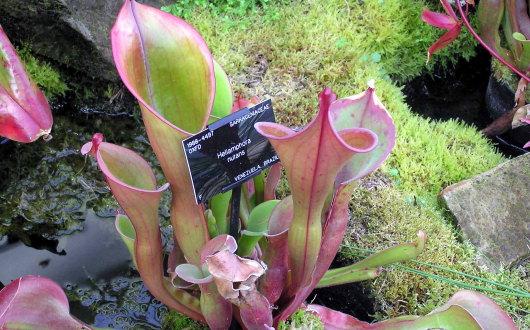 General Description
Venezuelan marsh pitcher is a carnivorous plant from the mountains of Venezuela and Guyana. It has short cone-shaped pitchers with a small lid and nodding white flowers.

There are around 18 species of carnivorous Heliamphora, all of which are endemic to Venezuela, Guyana and Brazil. Heliamphora nutans was the first species in the genus to be discovered. It was spotted by Robert and Richard Schomburgk on the slopes of Mount Roraima in October - November 1838. Robert Schomburgk was a German cartographer who had travelled to the region on behalf of the Royal Geographical Society in order to create the first detailed maps of British Guiana (now called Guyana), which was Britain's only colony in mainland South America.

Schomburgk made an excellent drawing of the species and sent it to George Bentham at Kew, who described it in 1840 as belonging to a new genus Heliamphora, named after the Greek helos (marsh, not helio, sun), and amphoreo (jar). David Burke, a plant collector for Messrs Veitch of Chelsea, rediscovered the species in 1881 and introduced it to England.

Heliamphora nutans is found in north-eastern South America, including Venezuela and Guyana, at elevations of 1,200-2,800 m on the tepuis (table top mountains) of the Guyanan Shield.

A tuft of cone-shaped leaves, which form pitchers to trap insects, is produced from a rhizome. A small slit about half way up each pitcher acts as a drain to let out excess water. The pitchers of Heliamphora nutans are green shaded with red, and measure around 20-30 x 8-10 cm across the mouth. The flowering stems can reach 40-45 cm and carry red bracts and a few nodding flowers with narrow, pointed, white petals around 3-5 cm long. The brown anthers are clustered around a short style. The seeds are winged with wavy ridges.

How the pitcher catches insects

At the top of the pitcher is a small lid, which does not cover the mouth of the pitcher but secretes nectar that attracts insects. Once lured to the rim of the pitcher, an insect starts to feed on the nectar. Downward pointing hairs on the inside of the pitcher invariably cause the prey (usually ants) to lose their grip and fall into the liquid-filled base of the trap where they drown.

This mechanism of capturing prey (termed a pitfall trap) is completely different from that of the Venus flytrap ( Dionaea muscipula ), for example.

No specific threats have been recorded for this species, but in recent years there has been an increase in 'eco-tourism' to the region that could have adverse effects on some populations through habitat disturbance and trampling.

Heliamphora nutans is grown as an ornamental and a curiosity.

Heliamphora nutans should be planted in sphagnum moss and sand or perlite and kept wet and humid with good air circulation. It needs to be given as much light as possible in winter, but shade around mid-day in summer.

Venezuelan marsh pitcher is growing in the Princess of Wales Conservatory, in the carnivorous plant zone.

Pressed and dried, and alcohol-preserved specimens of Heliamphora nutans are held in Kew's Herbarium, where they are available to researchers from around the world by appointment. The details of some of these, including images, can be seen online in the Herbarium Catalogue.

Mount Roraima and The Lost World

Mount Roraima is one of about 100 tepuis in north-eastern South America. Tepuis are huge flat-topped mountains that inspired Sir Arthur Conan Doyle to write the novel The Lost World , since they emerge out of the rainforest and have precipitous cliffs reaching to around 3000 m elevation, effectively cutting off the summit from the surrounding forest. Some tepuis are so precipitous that their tops can only be reached by helicopter. Since the discovery of Heliamphora nutans on Roraima, a further 17 species in the genus have been found on other tepuis in the region.

On first seeing Mt Roraima, Schomburgk wrote: 'without wings, the intrepid explorer… would not be able to reach its summit'. Several years later, and after previous attempts to scale the summit had failed, Sir Joseph Hooker (a former Director of Kew) dispatched an expedition to make an attempt on the summit. The expedition was led by Everard Ferdinand Im Thurn, Curator of the Museum in Georgetown, Guiana (now Guyana), and included Harry Perkins, an Assistant Crown Surveyor. Guided by Amerindians through uncharted rainforest and waterways, the pair successfully climbed to the summit of Roraima in October 1884.

Roraima was the first of the Guyana tepuis to be botanically explored. The approach had always been made from the east or south via the Venezuelan savannas that extend to 1,400 m up the mountain. It was not until 1971 that the mountain's wet northern side was first penetrated. It was this same route (the 'Waruma trail', which follows the Waruma river up to a ridge below the summit) that was followed by the highly successful 1978 Kew Expedition, resulting in 400 plant collections, including new species of ferns and several tree ferns. Two more Kew expeditions followed in 1979 and 1980.

More recently, Roraima has become an increasingly popular destination for 'eco-tourism' and adventure-seeking readers of Arthur Conan Doyle's books. Some concern has been raised about the long-term impact of visitor numbers on the vegetation. However, the tepui region as a whole remains remote and relatively undisturbed, and is recognised today as one of the world's centres of plant diversity and endemism. 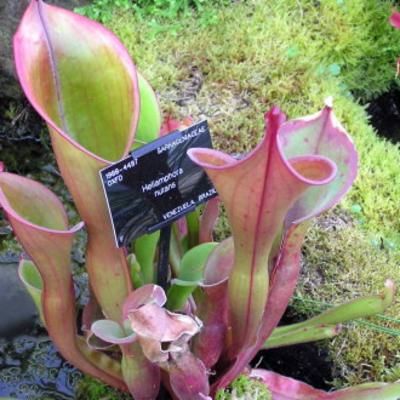 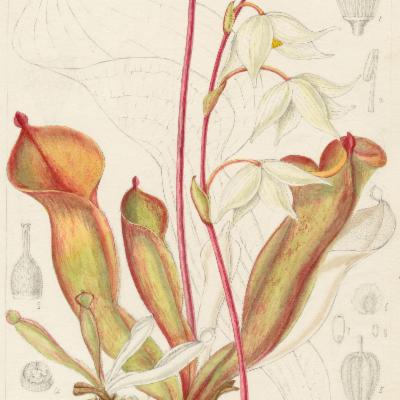 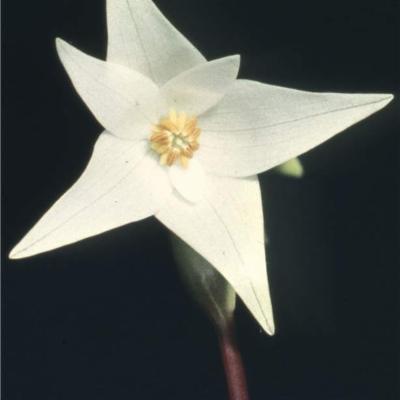 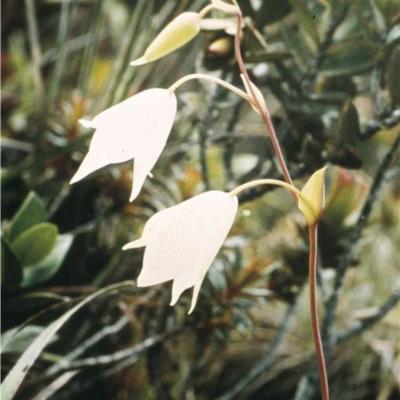 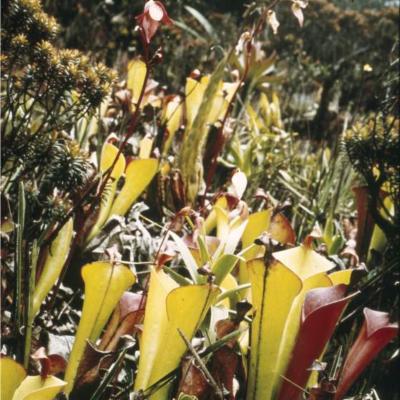 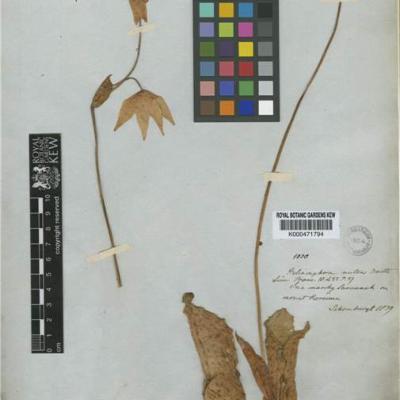 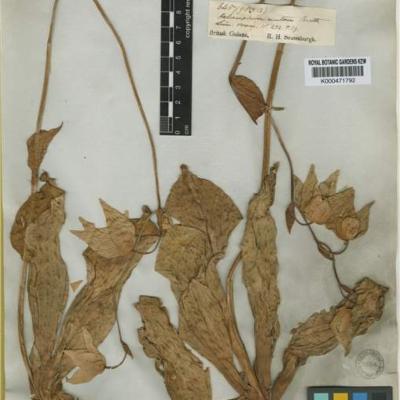 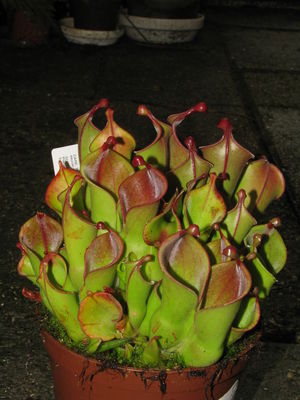 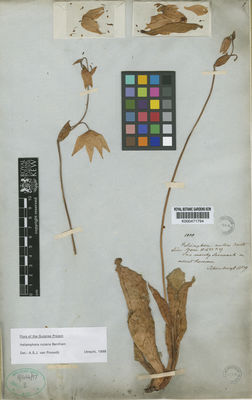