Solanum melongena, commonly known as eggplant or aubergine, belongs in the plant family Solanaceae, which also houses tomato, potato, nicotine and the poisonous deadly nightshade plant. The Latin name 'melongena' has its roots in the Italian name 'melanzane', which derives from 'mela insane' meaning 'mad apple'. First domesticated in India, aubergine is now cultivated worldwide and is a popular ingredient in many traditional recipes. 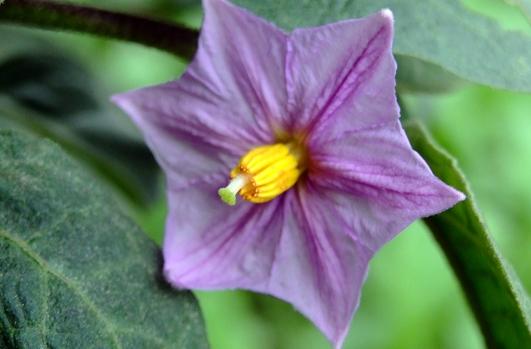 Solanum melongena, commonly known as eggplant or aubergine, belongs in the plant family Solanaceae, which also houses tomato, potato, nicotine and the poisonous deadly nightshade plant. The Latin name 'melongena' has its roots in the Italian name 'melanzane', which derives from 'mela insane' meaning 'mad apple'. First domesticated in India, aubergine is now cultivated worldwide and is a popular ingredient in many traditional recipes.

Semi-wild Solanum melongena can be found growing today in the Myanmar-Yunnan region where it was originally domesticated from its wild ancestor Solanum insanum . The area between India, Myanmar and China is where domestication first took place although today there are many more closely-related wild relatives in Africa than in Asia.

Evidence of the cultivation and use of Solanum melongena appeared in Sanskrit and Chinese agro-botanical literature dating back 2,000 years. The Muslim expansion in the 8th century AD was responsible for the spread of aubergine through Africa and Europe. Today, the main production regions of eggplant are Asia and the Mediterranean.

Overview: Solanum melongena is a much-branched shrub up to 2 metres tall with a long taproot which extends deep into the ground.

Leaves: The stems and leaves are densely covered with star-shaped (stellate) hairs and sometimes prickles. The leaves are arranged alternately along the stem, each with a petiole (appendage which connects the blade to the stem) 6-10 cm long. The leaves are 3-25 x 2-15 cm with hairy margins.

Flowers:  Hermaphrodite flowers are usually solitary and are supported by a 1-3 cm long pedicel (stalk which subtends the flower). Smaller, functionally male flowers appear on the same inflorescence. The hermaphrodite flowers are 3-4 cm in diameter and are mostly violet and very rarely white. The anthers are supported by short, thick filaments and have openings at their tips. The ovary (female reproductive organ) is positioned above the sepals, petals and stamens.

Fruit:  A globose to oblong fleshy berry, 2-35 cm (sometimes longer) and 2-20 cm broad. The fruit is generally smooth and shiny and has many seeds. When produced commercially, the colour ranges from white, green or from purple to black. The seeds are 3 x 4 mm and are kidney or lentil shaped and pale brown in colour.

Eggplant is widely grown for its attractive fruits which are an accompaniment to many dishes around the world. The fruit is eaten in its immature state, when glossy and colourful. When mature the flesh becomes bitter and stringy and the seeds are hard. Although the fruits of some cultivars are eaten raw (such as in southeast Asia) the fullness of the flavour comes out when cooked and is comparable to that of mushrooms. Aubergine flesh has a delicate texture and is commonly grilled, fried, steamed, roasted, stewed with other vegetables or prepared with meat or fish.

In southern India, eggplant is crowned 'king of the vegetables' and is an important ingredient in curries, sambhars and chutneys. In Italy, eggplant is marinated in olive oil, seasoned with salt and garlic and served as an antipasto. In Greece, eggplant is used to prepare mousaka and in France it is a key ingredient in ratatouille.

Besides its value as a food crop, eggplant is widely used for medicinal purposes. The plant is used in decoction as powder or ash for curing diabetes, cholera, bronchitis, dysuria, dysentery, otitis, toothache, skin infections, asthenia and haemorrhoids and is also ascribed narcotic, anti-asthmatic and anti-rheumatic properties. In several countries it is imbued with magical qualities and is a symbol of protection, good health and female fertility.

The Millennium Seed Bank and the Global Crop Diversity Trust are engaged in a ten-year project, called 'Adapting Agriculture to Climate Change'. The project aims to protect, collect and prepare the wild relatives of 29 key food crops, including aubergine, so that they are available to pre-breeders for the development of new varieties that are more resilient to the effects of climate change.

Solanum ruvu and the need for crop wild relatives

Solanum ruvu  is a wild relative of aubergine now thought to be extinct in the wild. This rare, African spiny aubergine was collected once as part of a general survey in 2000. Unfortunately, by the time it was identified as a new species by Kew botanist Maria Vorontsova in 2010, its native habitat had been destroyed. Attempts to recollect it were made in 2010 but the plant could not be found and is now considered to be extinct.

Many other crop wild relatives are listed as threatened species and are in need of conservation. Threats include habitat degradation, soil erosion and climate change to name a few. Crop wild relatives serve as a genetic back up. Rising global temperatures, changes in rainfall and weather patterns resulting from climate change indicate decreases in the yield of crops and greater susceptibility to pests and diseases. Through introducing crop wild relatives into traditional breeding programs we are able to harness their genetic potential and cultivate a more resilient crop that will feed rising human populations.

The tragedy of  Solanum ruvu illustrates the urgent need we have to collect and protect crop wild relatives before they become extinct and the genetic diversity they hold is lost to us forever.

Seed storage behaviour: Orthodox (the seeds of this plant can be dried to low moisture contents without significantly reducing their viability. This means they are suitable for long-term frozen storage such as at the MSB)

Use Gene Sources
Used as gene sources.
Use Food
Used for food.
Use Medicines
Medical uses.
Use Poisons
Poisons. 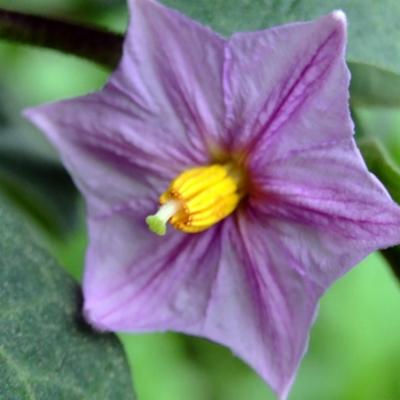 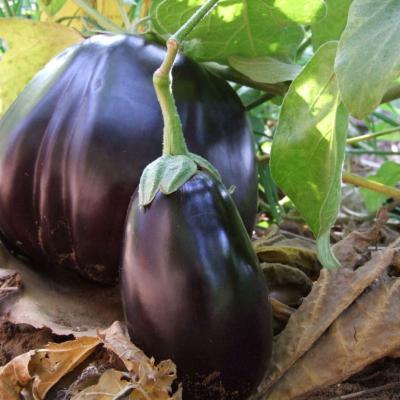 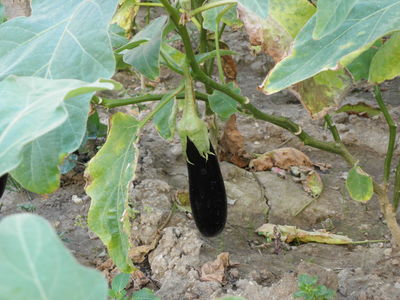 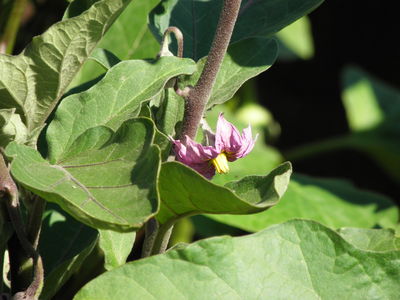 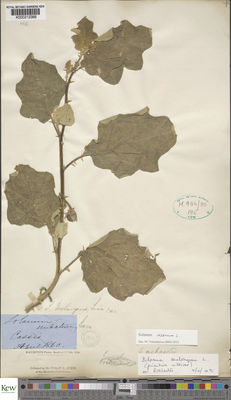 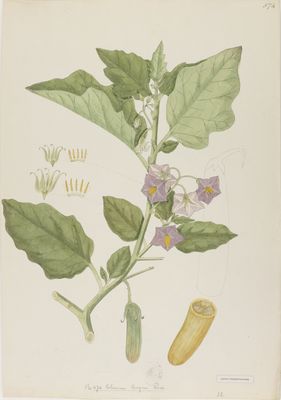 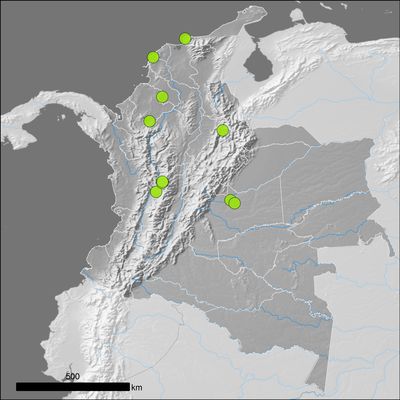 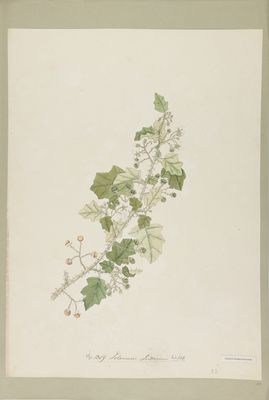 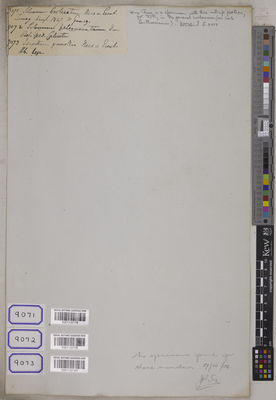