This species is accepted, and its native range is S. China to N. Myanmar. 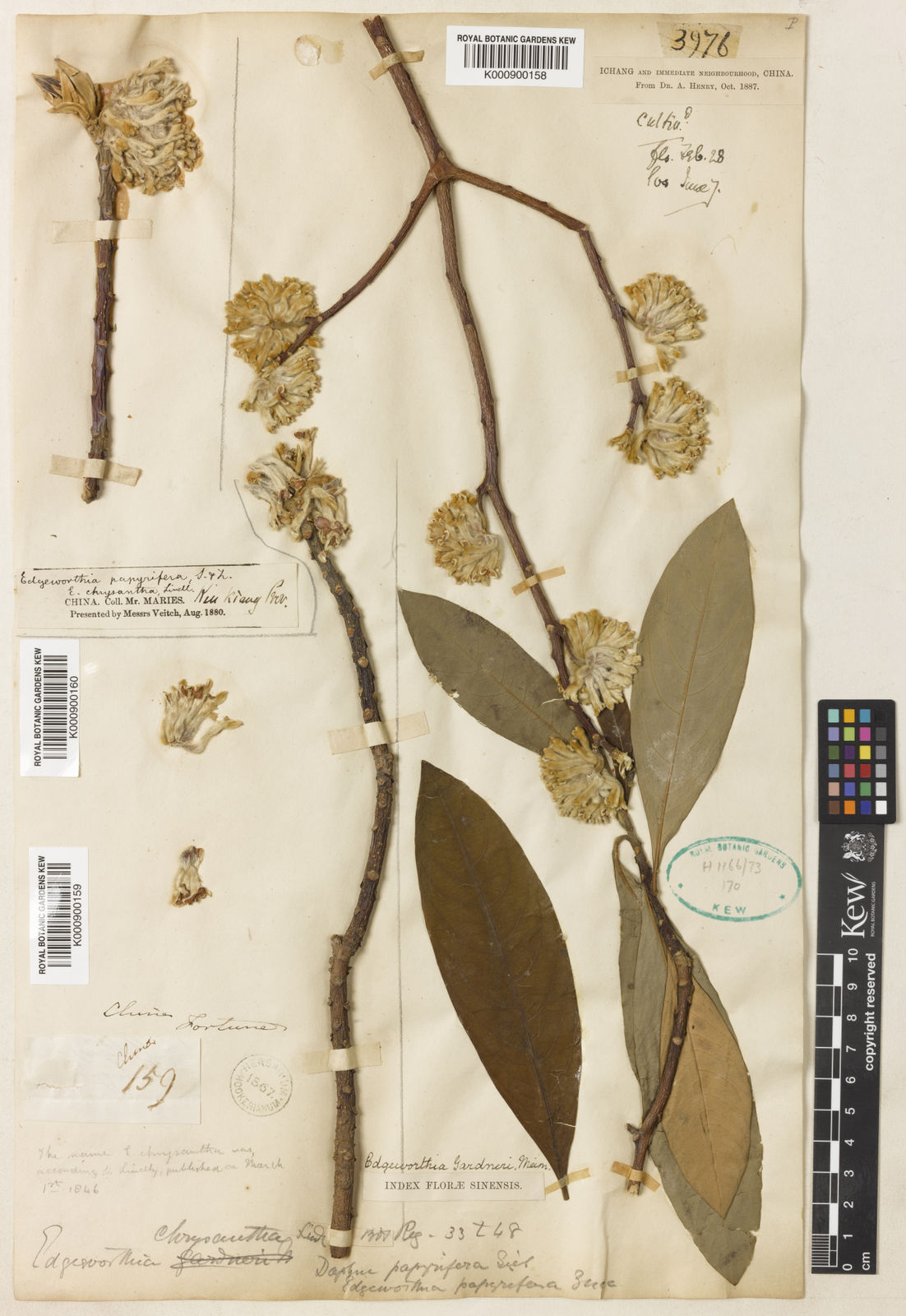 This is the commonest of the four species of Edgeworthia and the one most widely cultivated. The scented flowers are borne in tight nodding heads on leafless branches in late winter and early spring. The flowers are usually creamy yellow, but there are also deep yellow and reddish forms.

The stems are remarkably flexible and can be tied in a simple knot without apparent damage. The bark is papery, cinnamon-coloured and used for making high-quality paper - hence the English name, paper bush. The Japanese name, mitsumata, means 'triple-branching' (referring to the unusual branching pattern of this shrub).

This species is native to southern and eastern China and was probably introduced to Korea and Japan where it has been cultivated since the late 16th century.

Overview:  Edgeworthia chrysantha is a deciduous shrub up to 1.5 m, with numerous, upright stems exhibiting trichotomous branching (branching in threes), which is unusual in angiosperms (flowering plants).

Flowers: Flowers appear in late winter or early spring in dense, nodding heads that may be pale yellow, deep yellow or reddish-orange. They are sweetly scented, tubular, 13-20 mm long, with silky hairs on the outside and four recurved lobes. There are 8 stamens, in two groups inside the tube, and the style is slender.

Fruits: Fruits are purplish and mostly covered by remains of the flower.

Leaves:  Leaves appear after the flowers and are narrowly oblanceolate (lance-shaped with a rounded apex and tapering base), 8-20 cm long, 2.5-5.5 cm wide, with soft silky hairs.

The history behind the name

Edgeworthia is named after Michael Pakenham Edgeworth (1812-1881), who was born in County Longford, Ireland and educated mainly by his half-sister Maria Edgeworth, famous for her novel Castle Rackrent published in 1800. She also wrote Dialogues on Botany for the Use of Young Persons (1819). Michael Edgeworth joined the Bengal Civil Service and collected plants in Aden (Yemen), India and Sri Lanka. He contributed accounts for several families to Joseph Hooker's Flora of British India . In addition to Edgeworthia , he is remembered by many other species including Primula edgeworthii Pax. Edgeworth's herbarium collections are held at the Kew and Oxford herbaria.

The bark of Edgeworthia chrysantha is used for making high-quality, hand-made paper, including ornamental Japanese wallpaper and calligraphy paper. The use of mitsumata in paper making dates back to the late 16th century. Historically, Japanese bank notes were made from mitsumata and renowned for being the finest quality notes in the world and the most difficult to forge! Mitsumata is still grown in Japan for paper making, but today most Japanese bank notes are made from Manila hemp ( Musa textilis - a relative of banana).

Edgeworthia chrysantha is widely cultivated in temperate climates as an ornamental shrub.

Edgeworthia chrysantha enjoys moist, well-drained soil in a sheltered, partially shaded position. It can also be grown to good effect against a west- or south-facing wall (as at the Savill Garden, Windsor Great Park, Berkshire) or in a cool greenhouse to produce a delightful fragrance when flowering. It grows best in acid soils, although it will tolerate near-neutral conditions.

Edgeworthia chrysantha is growing in the borders behind Museum No. 1 at Kew and in the Winter Garden and Specimen Beds at Wakehurst. 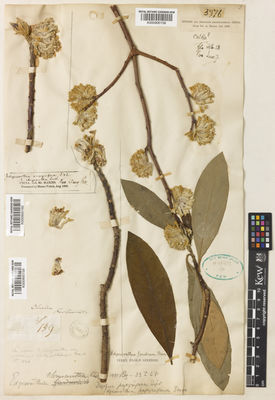 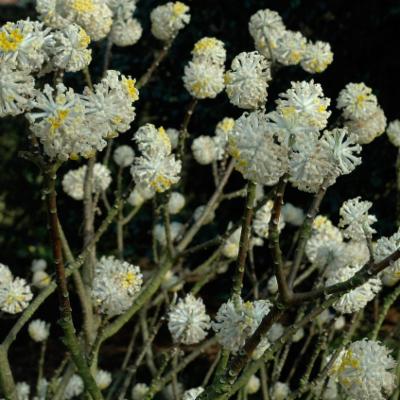 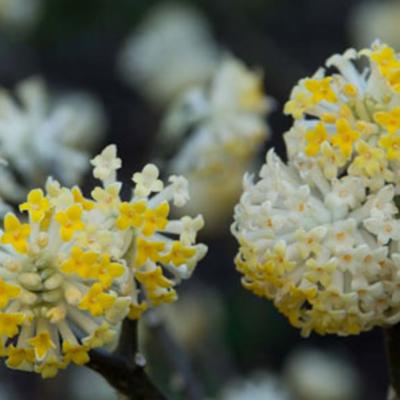 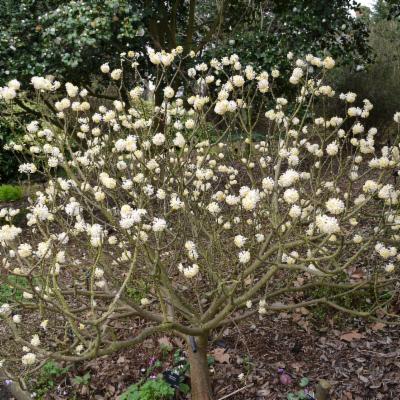