Clerodendrum paniculatum was first described in 1767 by the 'father' of modern biological nomenclature - the Swedish botanist, Carl Linnaeus. The species epithet refers to the large 'paniculate' clusters of flowers (inflorescences), the feature which makes this such a visually-striking plant. The pagoda flower is commonly encountered in the Asian tropics, where it is popular as an ornamental and known for its medicinal uses. 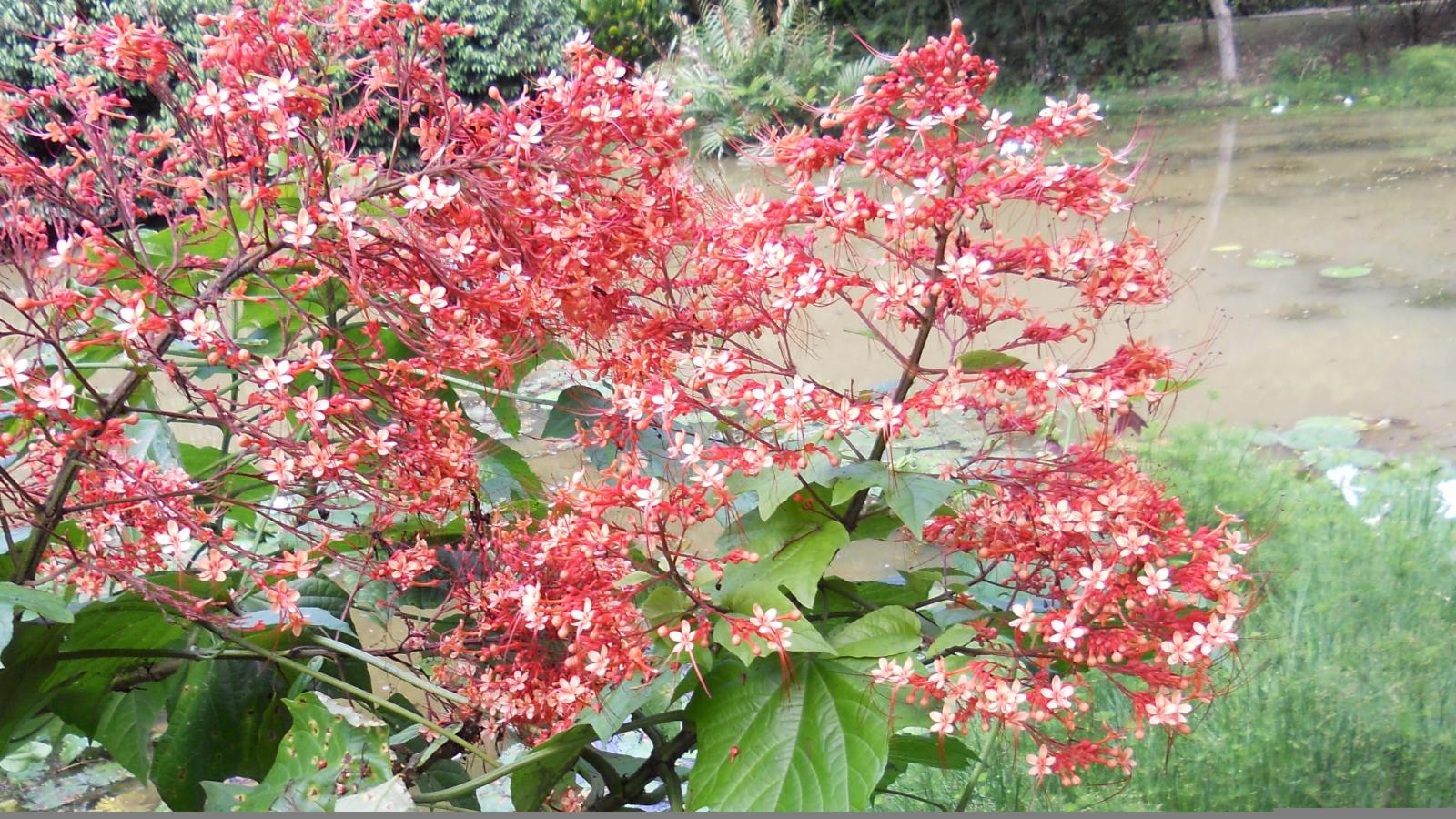 General Description
The pagoda flower, so called because of its tall, pyramidal inflorescences, is one of the most spectacular Clerodendrum species.

Clerodendrum paniculatum was first described in 1767 by the 'father' of modern biological nomenclature - the Swedish botanist, Carl Linnaeus. The species epithet refers to the large 'paniculate' clusters of flowers (inflorescences), the feature which makes this such a visually-striking plant. The pagoda flower is commonly encountered in the Asian tropics, where it is popular as an ornamental and known for its medicinal uses.

The pagoda flower is found throughout tropical and subtropical Asia, from Bangladesh to the Moluccas. It is widely cultivated and often establishes as a garden escapee in these regions, so that its original distribution is not entirely clear.

The most distinctive features of Clerodendrum paniculatum are the large terminal inflorescences (thyrses, though often erroneously called panicles) up to 45 cm long, bearing numerous red-orange flowers. Each slender, tubular flower is 1.2-2 cm long with five small lobes, these usually being slightly paler than the tube. Butterflies are the main pollinators. They extend their long, thin proboscides into the flower tubes during which process pollen adheres to their bodies from the long-exserted stamens.

The large, glossy, lobed leaves and fairly robust stems with an almost square cross-sectional form are also prominent characteristics of C. paniculatum . Their ability to produce root suckers allows pagoda flowers to spread vegetatively and they can form apparently clonal stands of several plants together.

Clerodendrum paniculatum frequently has a high percentage of aborted pollen grains and fruit does not appear to set among the populations observed in Java, New Guinea and Sri Lanka. Kew scientist Dr James Wearn has only seen two dried specimens in fruit (collected from Peninsular Malaysia) which, when dissected, had seeds (at least developing) within their fruits. No germination tests have been carried out at Kew to date.

Kew's work on this species

The pagoda flower is one of about 150 species of Clerodendrum , a large genus which is native to Africa and Asia. Clerodendrum species can be found in a range of climatic conditions and habitats, from the temperate southern regions of China to the tropical heat of Borneo, and from primary rainforest to roadside scrub. Historically, there has been much confusion regarding Clerodendrum species concepts, such that herbarium specimens and cultivated plants were frequently misidentified. In order to address this problem, Dr James Wearn and Professor David Mabberley of Kew's Herbarium are currently undertaking research to review all of the species found in the Malesian region of southeast Asia. Clarification of this commonly-encountered genus is essential for taxonomists, ecologists and those undertaking practical conservation work.

The pagoda flower has a number of medicinal uses in Asia. In Malaysia an infusion is drunk as a purgative and is applied externally to distended stomachs. Various magical attributes have been recorded; indeed the Malay vernacular name pangil-pangil refers directly to the 'summoning' of spirits. Clerodendrum paniculatum is also supposed to confer protection from harm and is used as an elephant-medicine! Substances produced by several Clerodendrum species are undergoing more rigorous scientific trials in order to evaluate their medicinal potential. To date, results are promising, and antipyretic and anti-inflammatory properties have been verified, as well as antiviral activity.

The pagoda flower was taken into cultivation throughout Indomalesia many centuries ago, as it is easy to grow in warm, humid climates and produces large inflorescences nearly all year round. Flowers of cultivated plants are usually sterile and so do not produce fruits. During the eighteenth century, novel ornamental plants from 'the other side of the world' were in high demand in Europe and this species was one of the earliest to reach the foremost nurseries of the time, being introduced to Britain from Java in 1809 as a greenhouse plant. It is easily propagated vegetatively and strikes readily from cuttings.

An occasional, naturally-occurring colour form with pale lemon-yellow flowers and pedicels (previously called Clerodendrum citrinum ) has been selected due to its ornamental appeal and is grown as C. paniculatum 'Alba'.

Where to see this at Kew

Although there are no live plants of Clerodendrum paniculatum currently at Kew, there are several other hardy (for example C. trichotomum near Victoria Gate) and greenhouse (for example C. speciosissimum in the Palm House) species in the Gardens.

Many dried specimens of Clerodendrum are held in Kew's behind-the-scenes Herbarium, where they are made available to researchers by appointment. 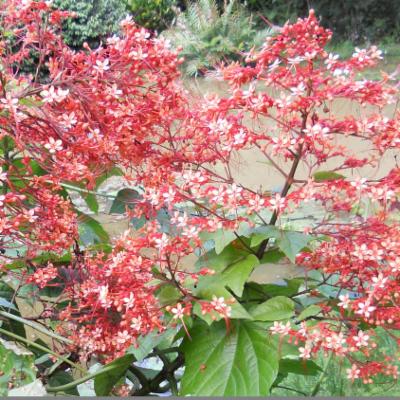 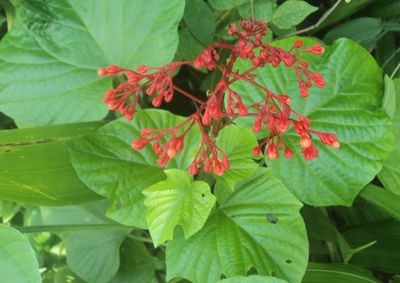 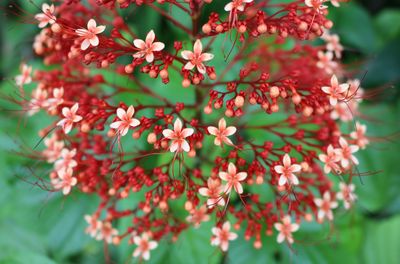 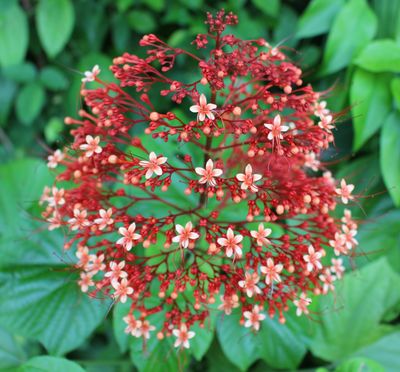 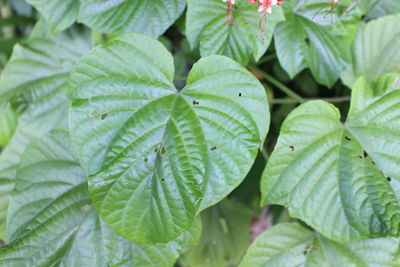 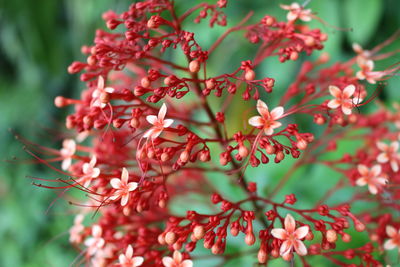 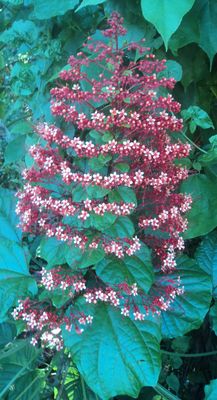 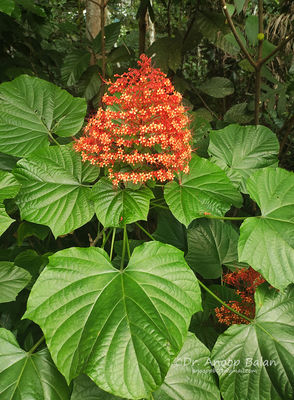 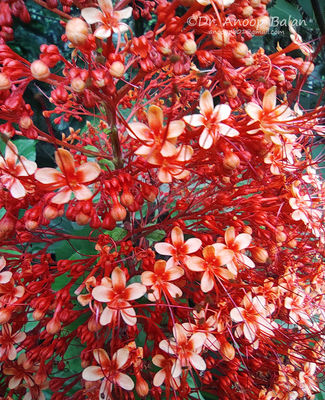 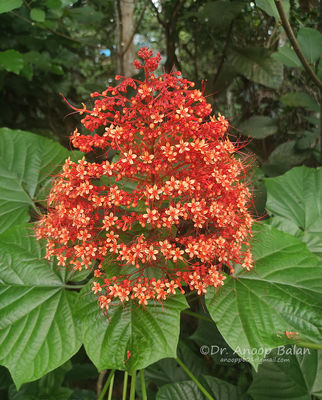 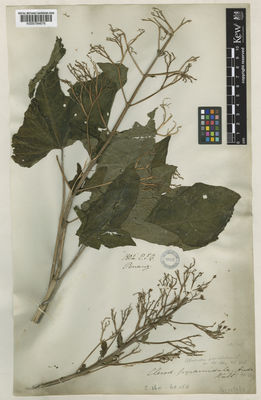 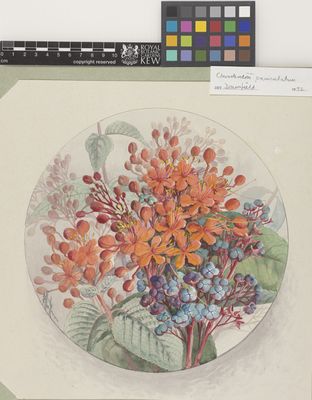 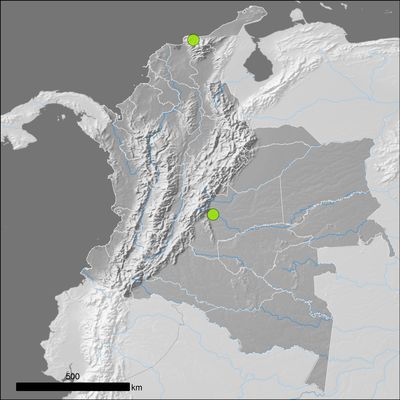 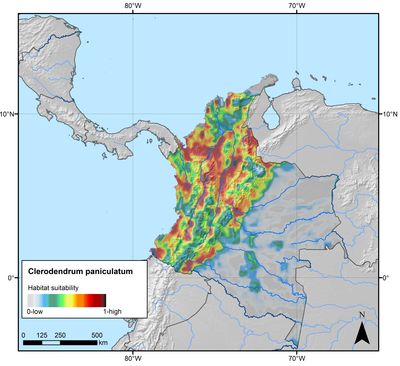 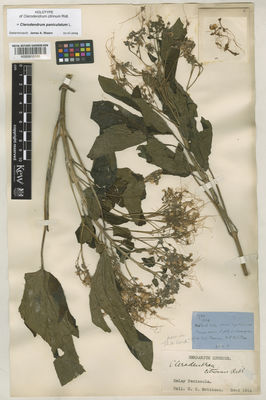 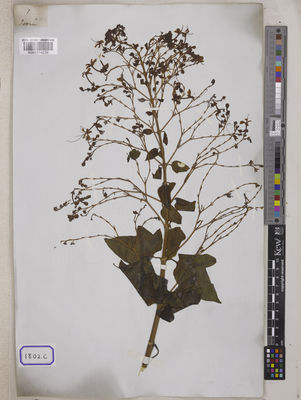