Echinacea angustifolia is a beautiful, herbaceous perennial found in the North American tallgrass prairie. It is a member of the daisy family (Compositae or Asteraceae, APG III, 2009) and has an alluring flowerhead that attracts a wide range of pollinators, including butterflies and native bees. Populations typically flower during the summer, from June through to August. 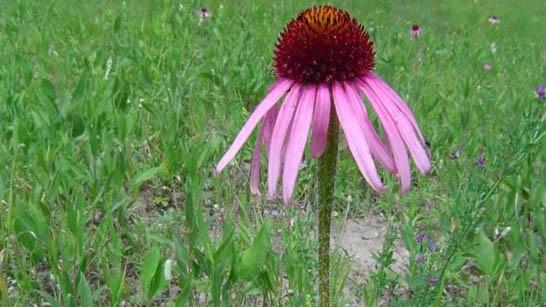 Echinacea angustifolia is a beautiful, herbaceous perennial found in the North American tallgrass prairie. It is a member of the daisy family (Compositae or Asteraceae, APG III, 2009) and has an alluring flowerhead that attracts a wide range of pollinators, including butterflies and native bees. Populations typically flower during the summer, from June through to August.

Due to its opulent flowerhead, E. angustifolia is often used as an ornamental plant, although the closely related E. purpurea is more common in the horticultural trade. Both species have similar flowerheads, but E. purpurea grows in more eastern regions than E. angustifolia, has underground stems (rhizomes) and more heart-shaped leaves.

Echinacea angustifolia occurs in open, dry areas throughout the North American tallgrass prairie west of the Mississippi River. It ranges from the southern state of Texas to the southern part of Canada.

Overview:  A long-lived, perennial herb growing up to a metre tall. It has a deep, woody taproot and does not grow clonally. The stems are hairy and typically straight with little branching.

Leaves: The leaves are hairy and 5-20 times longer than wide. Margins of leaves are entire (smooth, with no teeth).

Flowers: The flowerhead (capitulum) is 4.0-7.5 cm in diameter and composed of ray-florets and disc-florets. The outer ray-florets are sterile, and each has a long (2-4 cm), purple, petal-like structure called a ray limb. The disc-florets are brownish-purple in colour and form the centre of the head. Each disc-floret has five lobes and is subtended by a stiff bract. The pollen is yellow (an important characteristic that distinguishes it from E. pallida , which has white pollen).

Number of species in the genus

The most recent review of the genus Echinacea , by Binns et al . in 2002, follows the practice of 'lumping' (putting plants together in the same group despite minor variations) and only recognises four species. For example, E. angustifolia is not recognised at species level, but is instead considered to be a variety, E. pallida variety angustifolia . Many botanists consider McGregor's 1968 revision, which recognises nine species of Echinacea , to be more practical and both the Flora of North America and this plant profile follow this scheme.

Like many species, the key threat to Echinacea angustifolia is habitat loss. Less than 0.1% of the North American tallgrass prairie still exists, and current populations of E. angustifolia are highly fragmented. To help ensure the continued survival of many prairie plants, Kew's Millennium Seed Bank Partnership works to collect and bank seeds of native prairie plants, including E. angustifolia .

Since roots are used in the herbal pharmaceutical industry, E.angustifolia is also threatened by poaching of plants from wild populations. This can devastate a population because E. angustifolia is slow growing, typically taking at least three years to flower.

Historically, Echinacea angustifolia has been the most widely used medicinal plant by the Native Americans of the Great Plains, and it is still used in traditional medicine today. It is employed for toothache, common cold and snakebite and as a painkiller.

During the 1990s, 'echinacea' became a popular medicinal herb in the mass market, and by 1997 'echinacea' was the top-selling medicinal herb in the USA. Medicines made using Echinacea species have been shown to have antiviral effects and to stimulate production of white blood-cells; they are marketed as products to relieve symptoms of colds and to aid wound-healing. Controversy remains over the effectiveness of Echinacea preparations in the treatment of upper respiratory tract infections, and research in this area continues.

The three main species of Echinacea used by the herbal pharmaceutical industry are E. purpurea (which is easy to grow and therefore generally cultivated), E. pallida and E. angustifolia (the majority of which are harvested from the wild). There is concern regarding levels of sustainable harvesting of the wild-collected species.

Narrow-leaved purple coneflower is cultivated as an ornamental for its attractive flower heads.

Echinacea angustifolia can be seen growing in the Queen's Garden behind Kew Palace.

Pressed and dried specimens of narrow-leaved purple coneflower are held in Kew's Herbarium, where they are available to researchers by appointment.

Specimens of Echinacea angustifolia roots are held in Kew's Economic Botany Collection in the Sir Joseph Banks Building, where they are available to researchers by appointment.

Preparations containing Echinacea species have a long history of safe use, but rarely some people may experience immediate allergic reactions of varying severity. 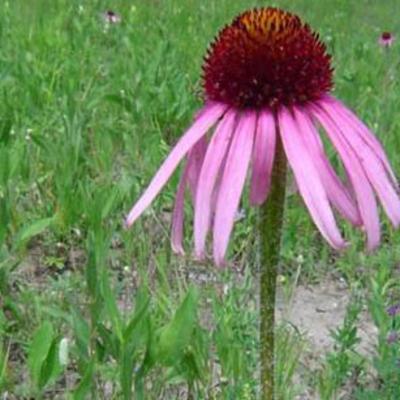 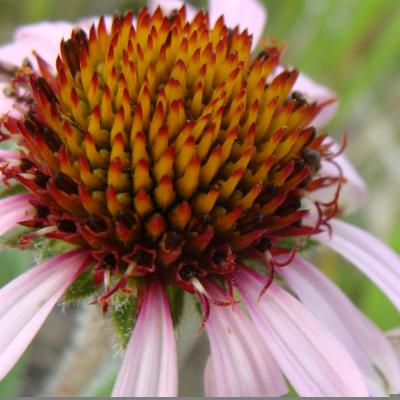 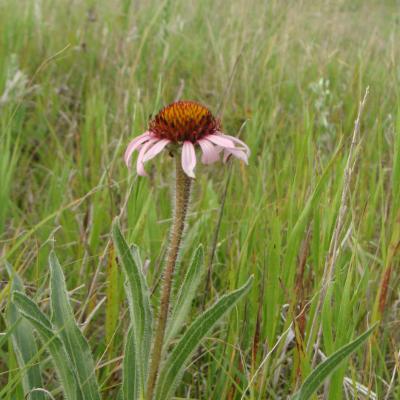 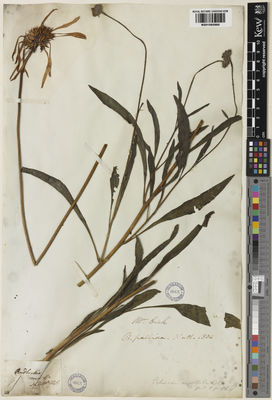 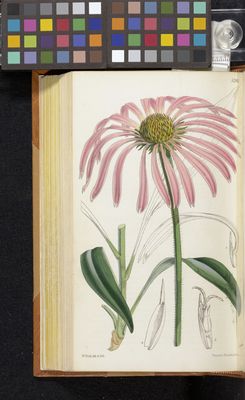