The genus Camellia includes over 200 species, including Camellia sinensis (tea), and many other species well known to gardeners around the world. Camellia sasanqua, which is native to Japan, is particularly valued for its autumn and winter flowering, although it prefers a mild climate and needs protection from the coldest weather. 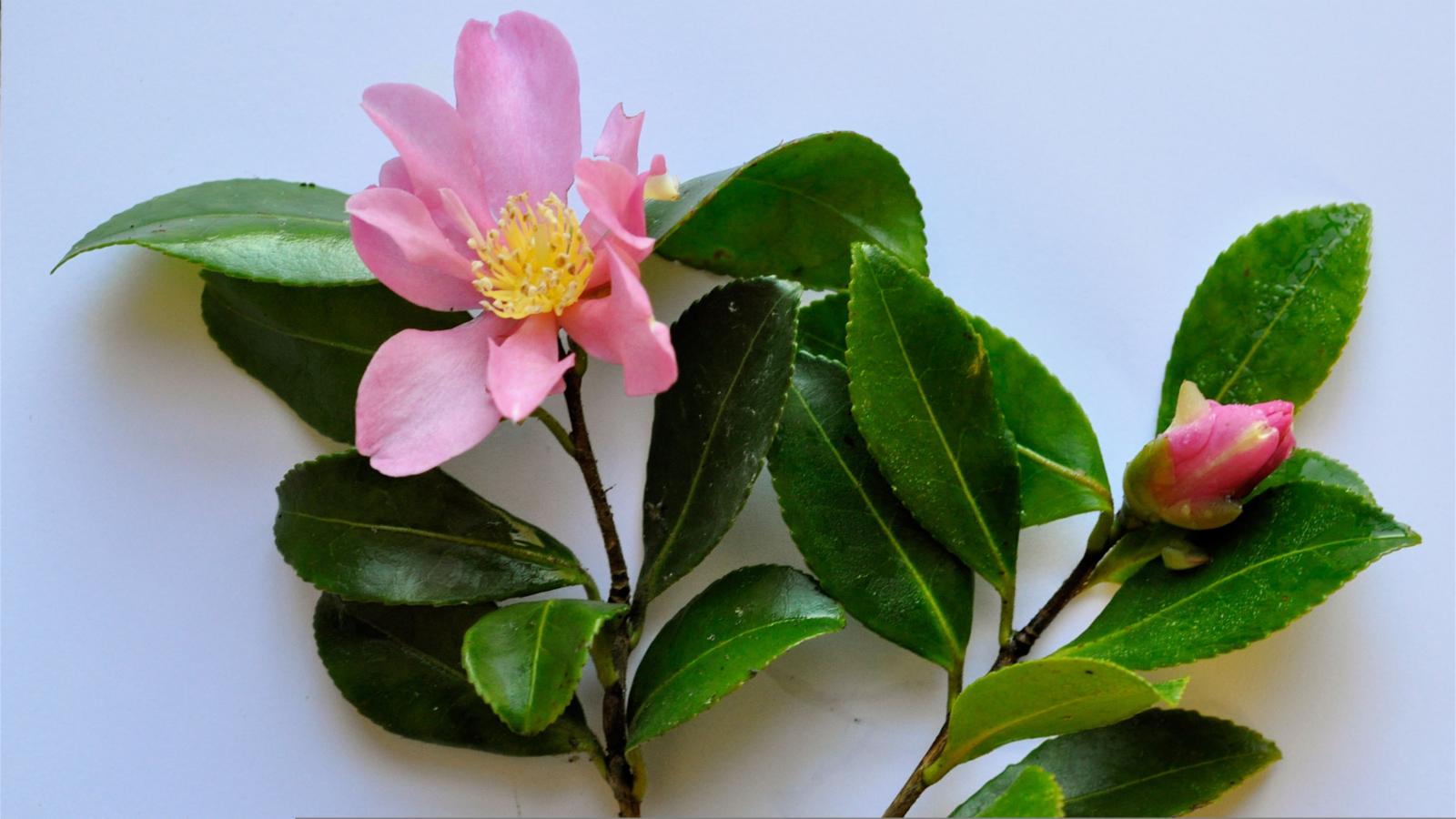 The genus Camellia includes over 200 species, including Camellia sinensis (tea), and many other species well known to gardeners around the world. Camellia sasanqua, which is native to Japan, is particularly valued for its autumn and winter flowering, although it prefers a mild climate and needs protection from the coldest weather.

Camellia sasanqua was named by Carl Peter Thunberg (1743-1828), a Swedish physician and botanist and a protégé of Linnaeus. Thunberg visited Japan (at that time closed to most Europeans) from 1775-1778 while in the employ of the Dutch East India Company, and many of the plants he saw there were described in his Flora Japonica, published in 1784.

Native to southern Japan, specifically on Kyushu, Yaku-sima and the islands south to the Liu Kiu Islands.

Camellia sasanqua forms a large evergreen shrub or small tree, with slender branches, and can reach 6 m tall. The leaves are dark green, leathery, elliptic-ovate, toothed at the margins, 3-7 cm long and 1-3 cm wide. The flowers are white, pink or red and appear from September to December. They measure 4-7 cm across, with narrow, sometimes lobed petals. The fruit is a capsule approximately 2 cm across and contains 2-5 seeds.

Christmas camellia is grown as an ornamental. The leaves can be used to make tea, and the seeds produce an oil which can be used for lighting, lubrication and cooking. It has also been used in scalp preparations.

A substance called Ch'da tsaiping, used in Hong Kong for poisoning fish, was reported in 1888 in the Bulletin of Miscellaneous Botanical Information (which continued later as the Kew Bulletin ) as being derived from the residual seed cake of Camellia sasanqua after the seed oil had been extracted. Its affect on fish is due to the presence of a glucoside. More recently, C. sasanqua has found a use in aquaculture for the control of unwanted predatory fish in water courses.

Camellia sasanqua is grown in gardens in southern Japan, China, the warmer parts of the USA and much of Europe. In Britain, it does well in the mild maritime climate of Cornwall. In less clement areas, it is often grown against a warm wall or as a conservatory plant.

Camellia sasanqua has been used to produce many cultivars with single or double flowers in shades of pink and red. Propagation is by seed or cuttings.

Curtis's Botanical Magazine  (Editor: Martyn Rix) provides an international forum of particular interest to botanists and horticulturists, plant ecologists and those with a special interest in botanical illustration.

Published for the Royal Botanic Gardens, Kew by Wiley-Blackwell Publishing.

The illustrations in  Curtis's Botanical Magazine are by the artist Stella Ross-Craig (1907-2006), who worked on both this journal and for  Hooker's Icones  at Kew.

In 1999 she was awarded the Kew Medal (for outstanding contributions to the work of the Royal Botanic Gardens, Kew, and Wakehurst). Her  magnum opus , however, was  Drawings of British Plants , which illustrated all the British flowering plants (excluding grasses and sedges) and consisted of 1306 plates. It was published in parts between 1948 and 1973 and reissued in 8 volumes in 1978.

Her husband, Robert Sealy, also worked at Kew, and wrote a monograph,  A Revision of the Genus Camellia , published in 1958.

Alcohol-preserved specimens are held in Kew's Herbarium, where they are available to researchers from around the world, by appointment. The details of one of these specimens can be seen online in the Herbarium Catalogue.

Kew's Economic Botany Collection has collections of the seeds and wood of  Camellia sasanqua , and a sample of the seed cake from Hong Kong used for poisoning fish.

The seed are poisonous to fish. 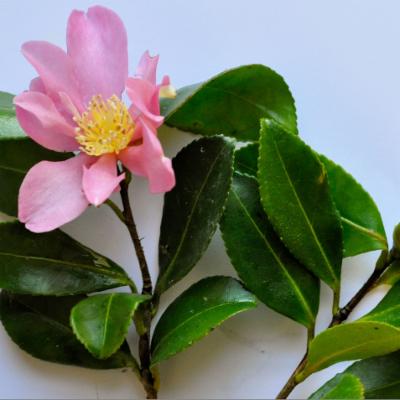 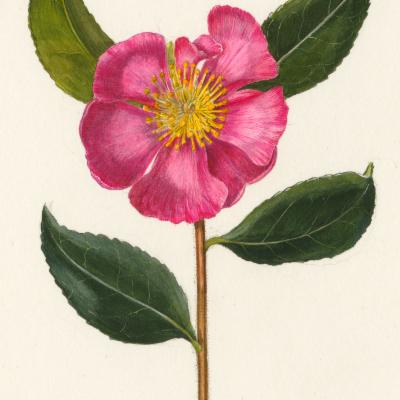 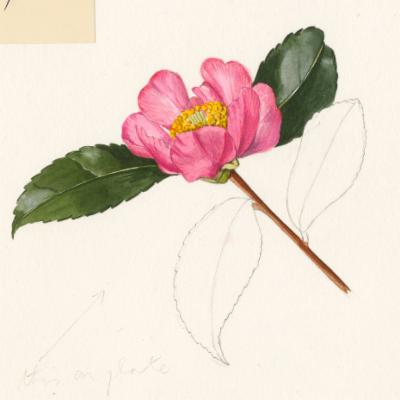 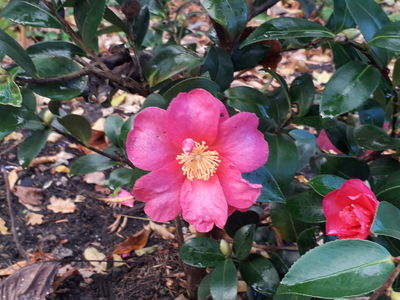 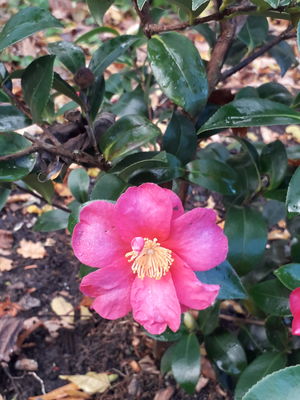 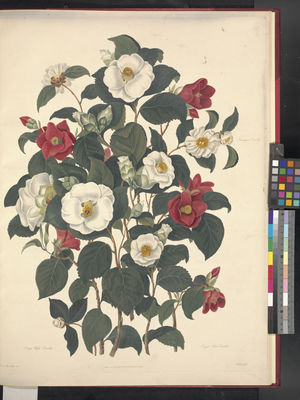 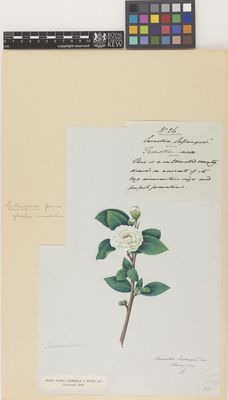 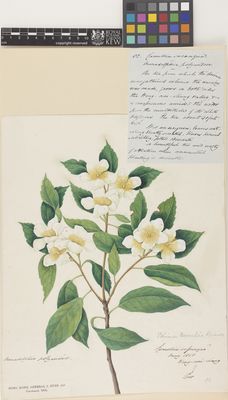