There are around 120 species of Aristolochia from the tropics and subtropics, most of which are woody vines or herbaceous perennials with heart-shaped leaves. 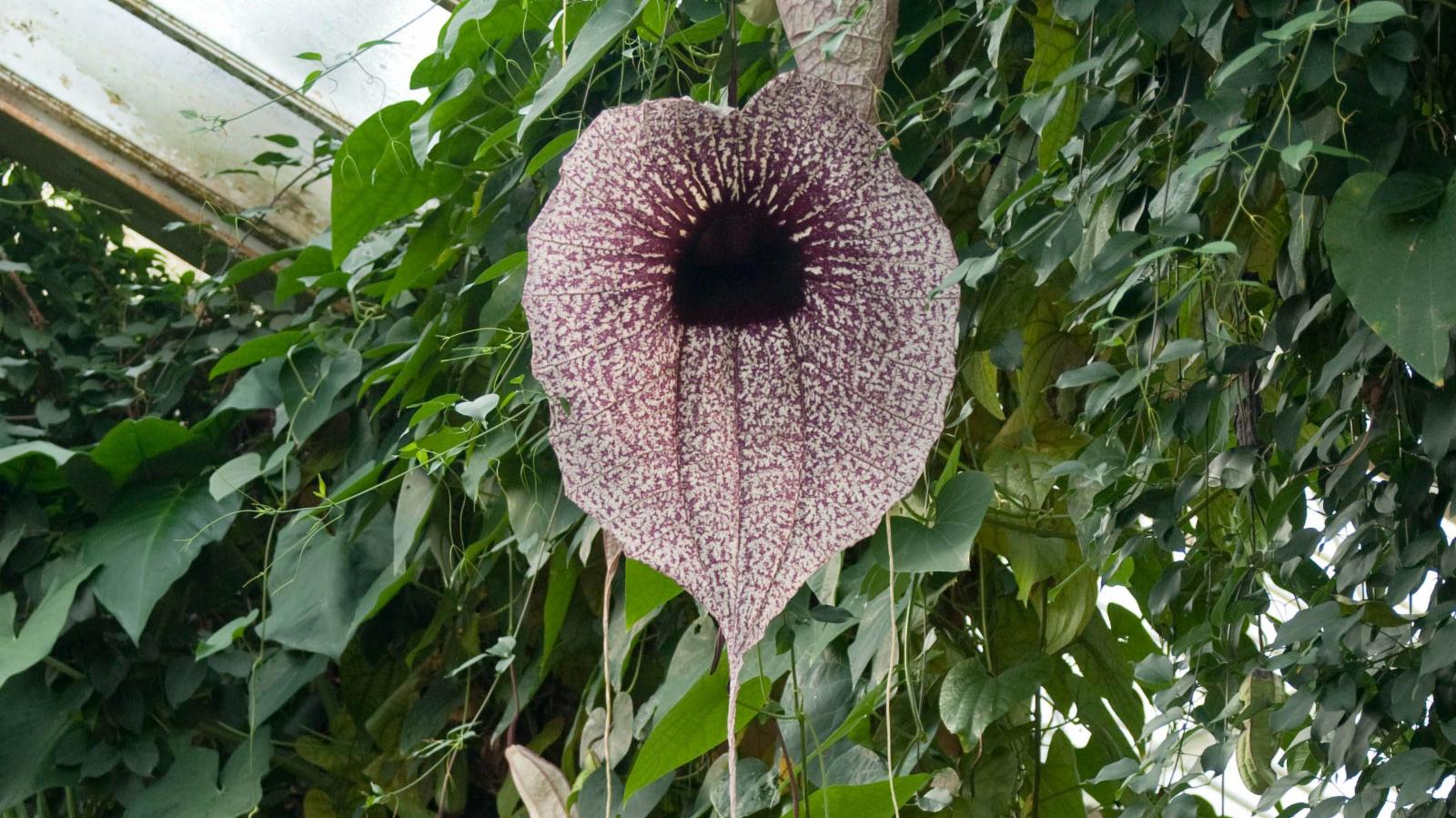 There are around 120 species of Aristolochia from the tropics and subtropics, most of which are woody vines or herbaceous perennials with heart-shaped leaves.

The extraordinary Aristolochia grandiflora, named in 1788 by Olof Swartz (1760-1818), has one of the largest flowers of any New World species and deserves its name 'grandiflora' (large flower). Each trumpet-shaped flower lasts for two days. On the first day it is in the female phase, attracting flies by its foul smell, similar to that of rotting meat. The flies are trapped by the downward facing hairs in the pouch of the flower to ensure pollination. On the next day, the flower changes to male phase and pollen is deposited on the pollinators, the odour disappears, the hairs wither and the insects are released.

Aristolochia grandiflora is cultivated as an ornamental. This and other species of Aristolochia are also grown as food plants for tropical swallowtail butterflies. Extracts of the whole plant are used by traditional healers in Colombia to treat snake bites. It is also used as an antibiotic.

Aristolochia grandiflora occurs naturally in the lowlands of southern Mexico to Panama and on Jamaica. It has been introduced elsewhere, including the southern United States as a food plant for swallowtail butterflies. It has also become naturalised in parts of Western Australia.

Aristolochia grandiflora is a large, herbaceous climber with stems reaching 10 m or more. The leaves are broadly cordate (heart-shaped), smooth or downy. The flowers are tubular, ending in a wide heart-shaped mouth 10-20 cm across, with the point extended into a long tail up to 60 cm long. The flower is white, veined with brownish purple, but darker in the throat. It opens at dawn and gives off a foul smell that attracts pollinators, mostly flies and hornets. The flowers close again at dusk.

Kew's specimen of the pelican flower in the Princess of Wales Conservatory produces enormous flowers. After heavy pruning in 2009, it flowered non-stop for five months.

Alcohol-preserved specimens of Aristolochia grandiflora are held in Kew's Herbarium, where they are available to researchers from around the world, by appointment.

The fruits were sent to Kew by William Bancroft Espeut from Jamaica, following a letter to Joseph Hooker where Bancroft Espeut described Aristolochia grandiflora as 'one of the most voracious insect destroyers'.

The samples are available to researchers from around the world, by appointment.

Poisonous to humans and livestock. 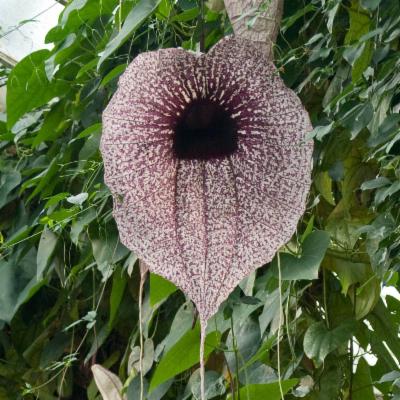 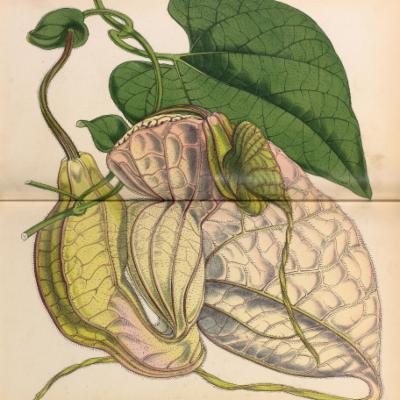 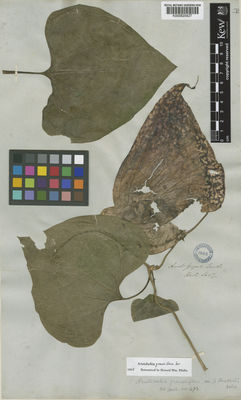 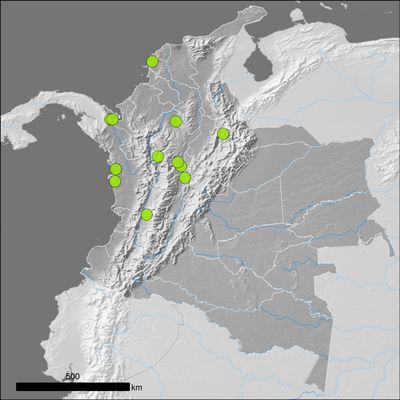