Burnt-tip orchid, Neotinea ustulata (ustulatus meaning burnt in Latin), derives its common name from the burnt appearance of its flowers when in bud. It is native to Europe where it is considered to be of Least Concern. Members of the British public voted it the county flower of Wiltshire in 2002, in a campaign run by Plantlife, a wild flora conservation charity. Large colonies of burnt-tip orchid can be found in Wiltshire, an English county notable for its abundance of chalk downs. 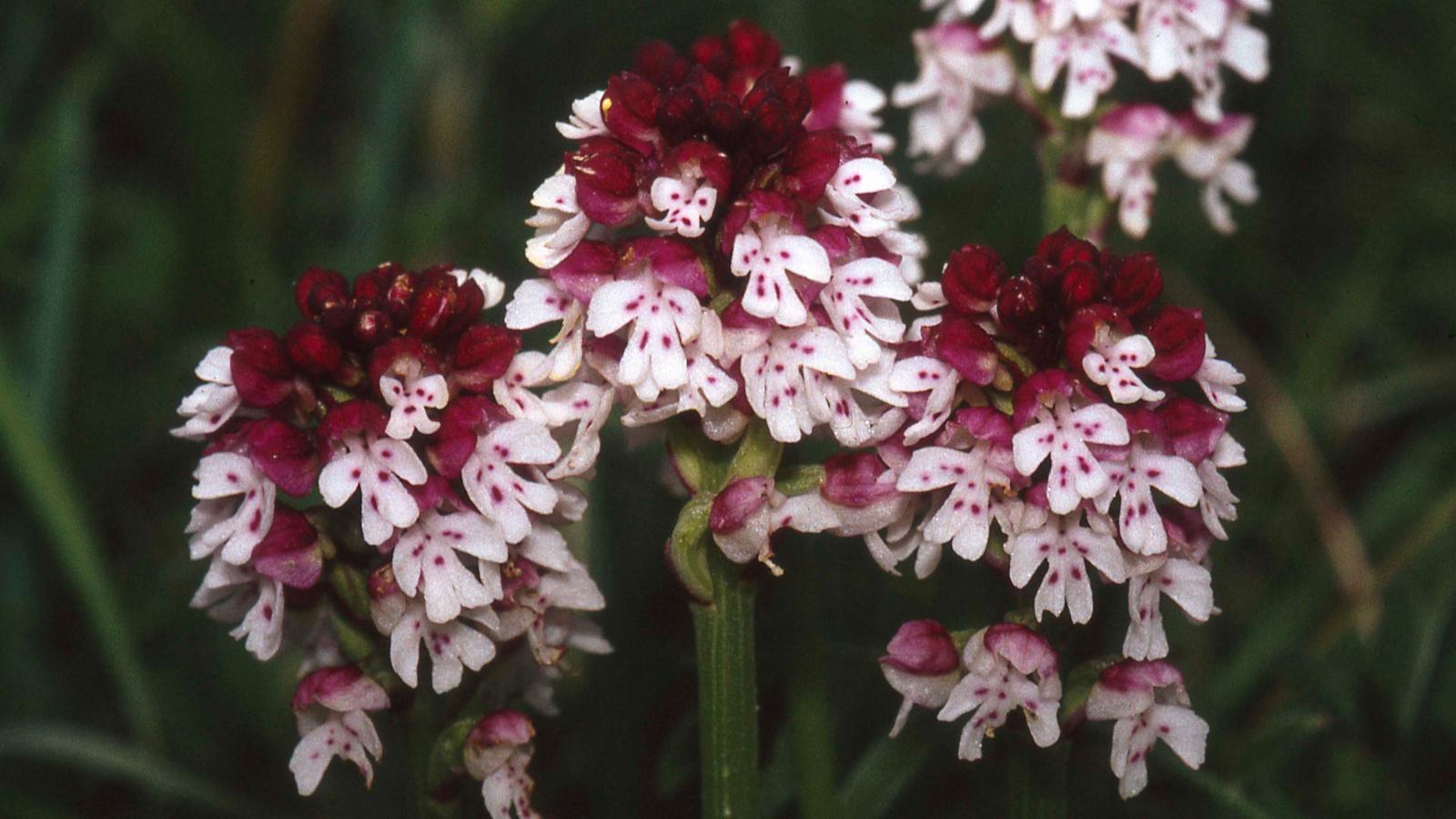 Burnt-tip orchid, Neotinea ustulata (ustulatus meaning burnt in Latin), derives its common name from the burnt appearance of its flowers when in bud. It is native to Europe where it is considered to be of Least Concern. Members of the British public voted it the county flower of Wiltshire in 2002, in a campaign run by Plantlife, a wild flora conservation charity. Large colonies of burnt-tip orchid can be found in Wiltshire, an English county notable for its abundance of chalk downs.

Burnt-tip orchid is a typical meadow orchid found in central and southern Europe. It is mainly found from Spain to Greece in the south. The northernmost limits of its distribution reach southern Sweden and England. To the east, it can be found in the Baltic States, Belarus and Ukraine, extending as far as the Caucasus and the Ural Mountains. The highest point at which it occurs is in the Alps and the Carpathian Mountains, at up to 2,400 m above sea level.

Burnt-tip orchid was believed to grow underground for 10-15 years before the first leafy stem emerged, and it was thought that several more years would pass before it was able to flower, but more recent studies have shown this to be incorrect. It takes about three years from seed to flowering stage, which is in fact relatively quick for an orchid.

Each plant has two spherical tubers (underground stem sections acting as storage organs), which bear thick roots. A few leaves, 3-9 cm long with highly visible parallel veins, develop at the base of the stem, as well as 1-2 leaves enveloping the flowering stem. The flower-bearing stem can be up to 28 cm tall (although is usually less than 13 cm tall) with a diameter of 1.5-2.0 cm and bears the individual flowers in a dense, cylindrical arrangement.

An individual plant can produce up to 70 flowers, but usually many fewer. The hood of each flower is formed by the sepals and upper petals (both 3 mm in length) and is red-brown in colour. The lip (lower petal) is 4 mm long, white with crimson red spots, and has three lobes. The central lobe is shallowly lobed itself and is raised towards the front with a short, fat spur (tapering projection) at the base of the lip. The column (fused male and female parts of the flower) is short, a common characteristic of species in the genus Neotinea . The flowers have a strong, sweet scent similar to honey.

Neotinea ustulata flowers from the beginning of May until the end of June, the duration being dependent upon elevation. The subspecies Neotinea ustulata subsp. aestivalis , which also occurs in the UK, flowers in July, has taller and less dense flower-bearing stems and smaller, darker flowers with narrower lips.

Burnt-tip orchids are insect-pollinated, with recorded pollinators including a tachinid fly ( Echinomyia magnicornis ), several bumblebee species and the goat beetle ( Leptura levida ). However, pollination appears to be a rare event in British populations, where seed set is low. Burnt-tip orchids may also propagate vegetatively by means of underground stems, as evidenced by the occurrence of small groups of closely spaced plants.

Populations of burnt-tip orchid have suffered large declines, particularly in central Europe and Britain. This is due to habitat destruction as a result of building, quarrying and, in particular, more intense agricultural practices. Burnt-tip orchids can only survive in unfertilised, unploughed grassland due to their protracted underground growth period. In addition, where grazing is discontinued burnt-tip orchid is liable to decline because its small size means it cannot survive in long grass.

Neotinea ustulata is listed as Endangered in The Vascular Plant Red Data List for Great Britain. As a result it has been selected as one of the 50 species for the Botanical Society of the British Isles (BSBI) Threatened Plants Project. This project plans to carry out surveys of these 50 threatened plants to increase our understanding of their distribution and ecology and thus help to explain their decline. The information gained will be used to compile reports to help inform conservation programmes for these 50 species and so aid in their protection.

Six collections of Neotinea ustulata seeds are held in Kew's Millennium Seed Bank based at Wakehurst in West Sussex.

The UK Virtual Herbarium Project focuses on the digitisation of all the Kew herbarium specimens of the 50 species on the Botanical Society of the British Isles (BSBI) Threatened Plants Project list.

High resolution images of these specimens have been created and uploaded to Herbaria @ Home, a website that uses crowdsourcing (enlisting the assistance of volunteers via the internet) to help institutions gather specimen label data. This information will be vital to inform future conservation strategies for these species.

Specimen label data increase our knowledge of past and current geographical distributions of a species, which can then be compared to illustrate declines within a species' range. In addition, this information may help us to understand the causes of the decline.

Members of the public can help with the data input for these specimen labels by registering with Herbaria @ Home. Volunteers do not need to be a plant expert to help; the website provides a video guide to take people through the input process and a more comprehensive written guide is also available. 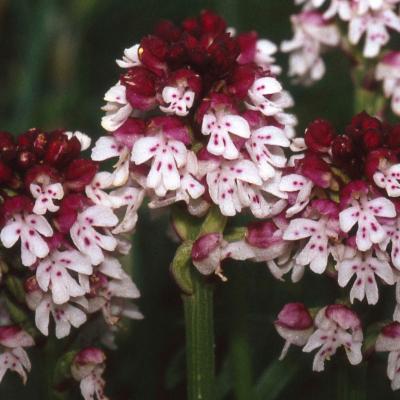 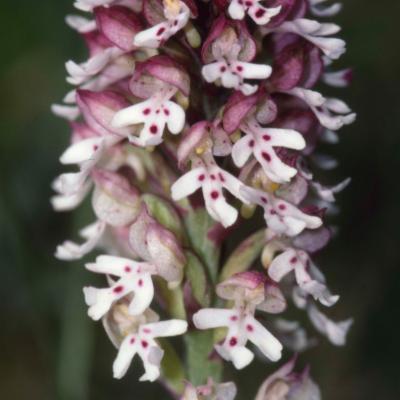 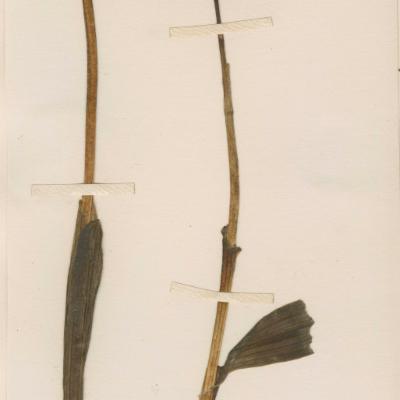 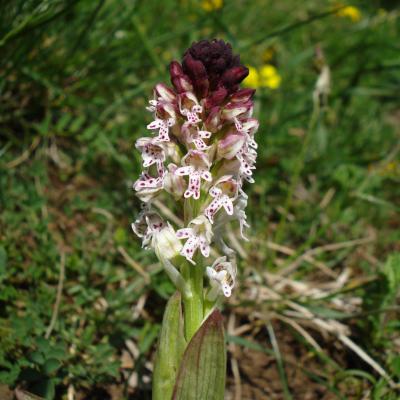 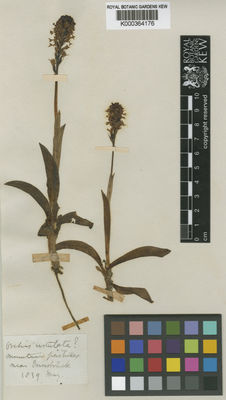