Treasure flowers are species in the genus Gazania of the daisy family (Compositae). 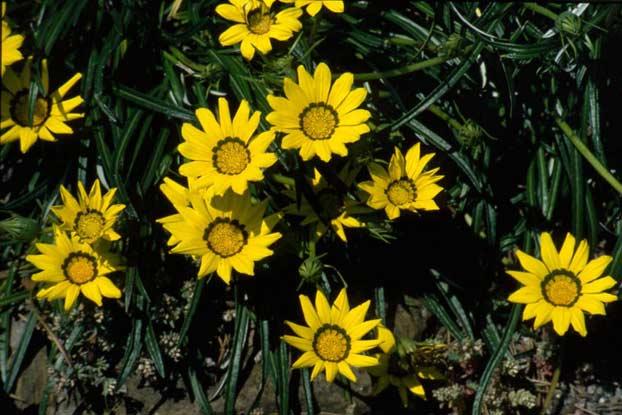 General Description
Treasure flowers, originally from South Africa, have been in cultivation since the 19th century, but are now also invasive plants in some parts of the world.

Treasure flowers are species in the genus Gazania of the daisy family (Compositae).

Gazania linearis was introduced to cultivation in England in the 19th century and was already well-known when mentioned in the Gardeners' Chronicle, as G. longiscapa (now treated as a synonym) in 1883.

Gazania linearis is restricted to the summer rainfall area of South Africa, occurring from Humansdorp, just west of Port Elizabeth, north to Kwazulu-Natal.

In Australia, Gazania linearis is considered widespread and common in Victoria and recorded as naturalised in South Australia and Western Australia. It is also listed as an invasive plant in southern California.

The genus Gazania is almost entirely South African, with a few species occurring in Namibia and Mozambique, and one ( G. krebsiana ssp. serrulata ) reaching as far north as Tanzania.

Overview: Leaves typically linear to linear-lanceolate (narrow and tapering to a point), up to 10 mm wide. The leaves are pinnately lobed (feather-like) and held in rosettes arising from a stout, woody crown (that part of the stem at the ground surface). The leaves are hairless on the upper surface, but the undersides are thickly covered with soft, white hairs, except around the midrib.

Flowers: The solitary flower head (capitulum) is up to 7 cm wide and held above the leaves on a stem 10 cm or more long. The capitulum consists of two types of florets: the 'ray florets' at the margins and the 'disc florets' in the centre. The ray florets are generally golden yellow, often with a dark base, but are occasionally white with a yellow band near the base. The disc florets are yellow to reddish-orange.

As with other species in the genus, Gazania linearis is valued as an ornamental for its rich flower colouration. It has, however, escaped from cultivation and become a weed in parts of Australia. The South African botanist, John Medley Wood, writing in 1883 from the Natal Botanic Garden, describes an unusual use for this plant in its native territory: 'the tomentum [a felt-like covering of downy hairs] found upon the lower side of the leaves forms the only dress worn by a large number of the native Zulu girls…The back of the leaf is scraped with the thumbnail and the woolly covering removed, which is then twisted, soaked in fat, and attached to a string until sufficient is collected to form a thick fringe which is then tied around the loins.'

The rich, bright colours of the flowers make them popular bedding plants and many cultivars have been selected. The perennial Gazania linearis can withstand sporadic frosts if kept fairly dry and makes an attractive rock garden plant that produces an abundance of golden yellow flowers in early summer.

This species should be planted in a sunny position, in soil that is free-draining but does not dry out completely in the summer. In a rock garden it benefits from being sited close to large rocks, where the soil retains some moisture, even during hot, dry periods. Older plants develop many rosettes of long, narrow leaves.

Plants are readily propagated from cuttings taken in mid to late summer or alternatively, from seed sown in autumn or winter. Pricking out into individual pots should be delayed until the plants have formed a small clump with a good root system, thinning where necessary. The strongest seedlings will probably flower in their first year.

Gazania linearis can be seen growing in the Rock Garden at Kew, where it has been cultivated for over a decade.

Pressed and dried specimens of Gazania linearis are held in Kew's Herbarium, where they are available to researchers, by appointment. The details, including an image, of one of these can be seen online in the Herbarium Catalogue.

Distribution
South Africa
Ecology
Grassy slopes and rocky cliffs, up to 3,050 m.
Conservation
Not yet evaluated according to IUCN Red List criteria.
Hazards 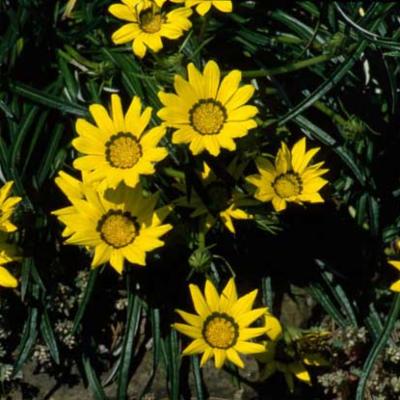 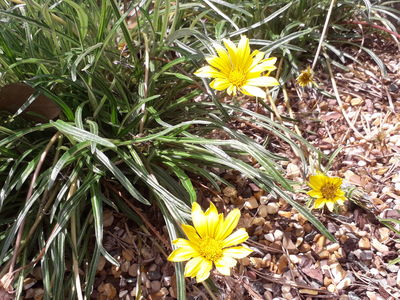 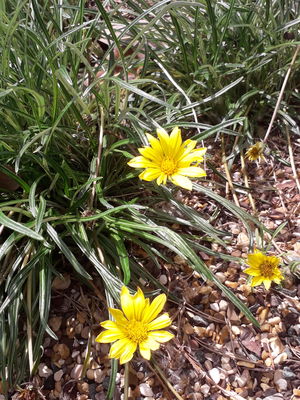 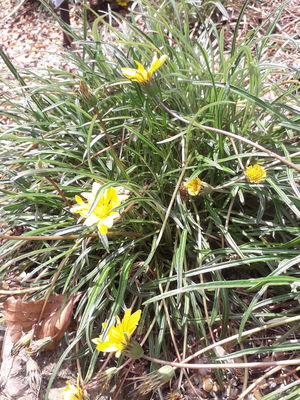